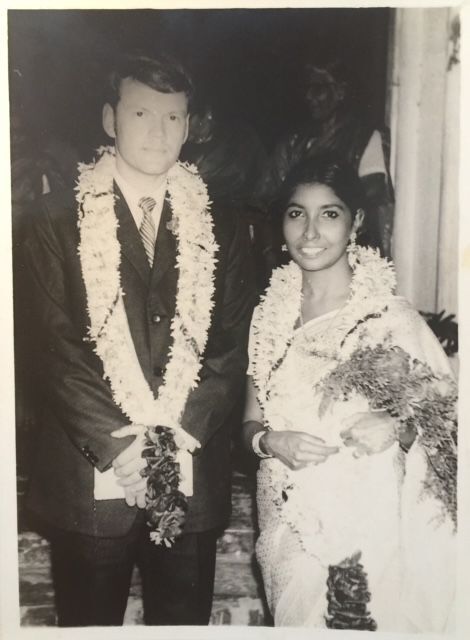 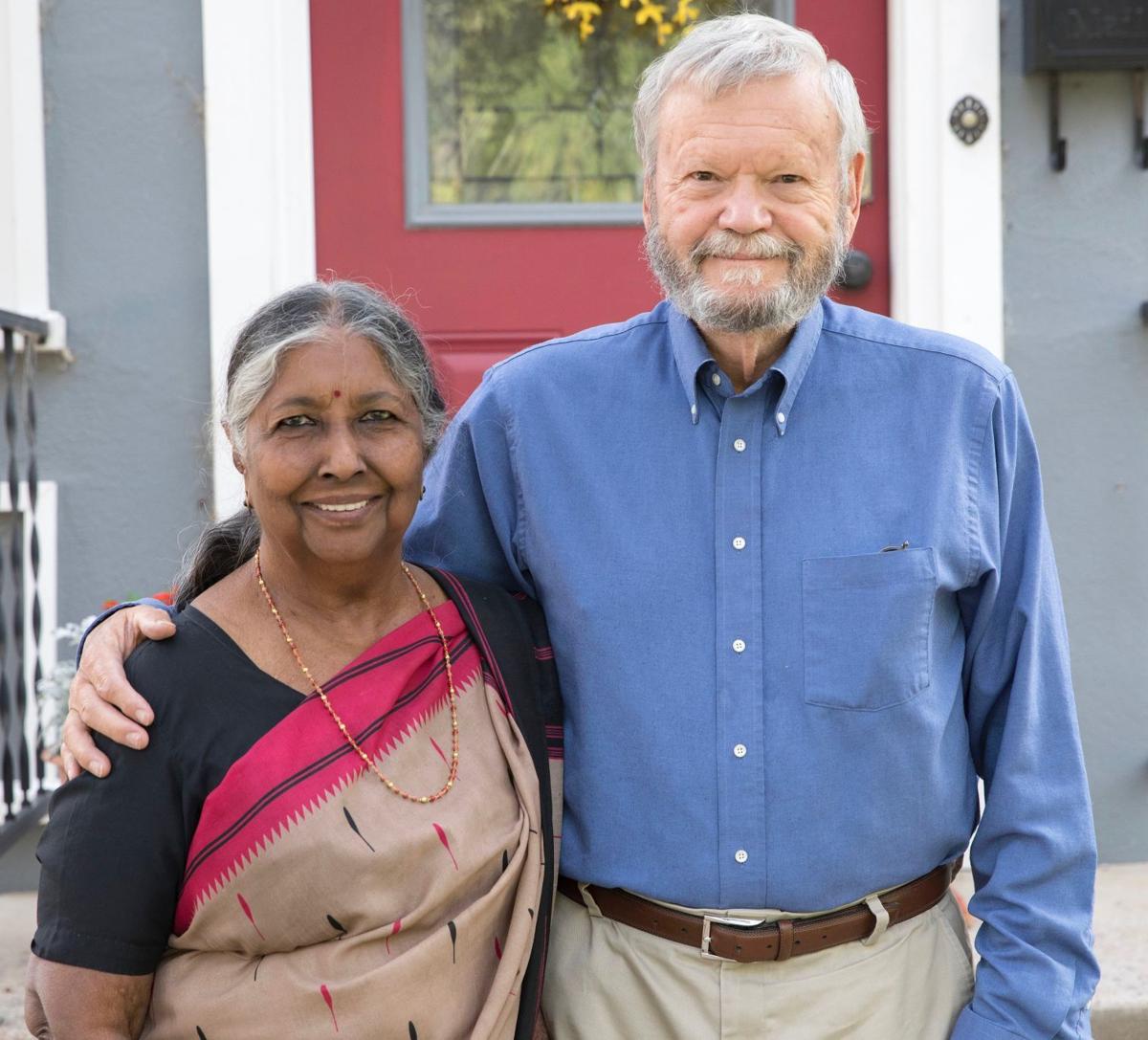 Patrick and Nimi Swamidoss McConigley will celebrate their 50th wedding anniversary on Feb. 22, 2021.

Both retired, she worked as a journalist and is a former Wyoming state legislator. He was a petroleum geologist.

He was a consulting geologist based in Singapore and then Wyoming for over 40 years and is a member of the Wyoming Geologic Association.

She was a news writer at All India Radio, the founding director of the Youth Radio Network in India, a journalist at the Casper Star-Tribune, and later the news director of KGWC-TV. She later served in the Wyoming State Legislature. She was the founder of The Casper Cinema Club, is active in St. Mark’s Episcopal Church, and has been involved in the Central Wyoming Hospice, AAUW, and GeoWives. She has been a regular speaker about India in schools, churches, and organizations across Wyoming.

Their home has been a popular center for Indian dinners for their family and friends for almost 45 years.

Their children are Lila and Paul Martin of Cobham, Surrey, England, and Nina McConigley and Michael Johnson of Laramie. Their grandchildren are Finnian and Aoife Martin and Juniper Johnson.

Due to COVID-19, celebrations have been postponed until later in 2021 when the family can be together.