more info
This content was produced by Brand Ave. Studios. The news and editorial departments of Casper Star-Tribune Online had no role in its creation or display. Brand Ave. Studios connects advertisers with a targeted audience through compelling content programs, from concept to production and distribution. For more information contact sales@brandavestudios.com.
A Wyoming first: Wyoming Medical Center performs state's first TAVR case
0 Comments
Share this

For Larry Bentley, 77, a day at the office means moving cattle, feeding livestock and fixing fences. He does much of it from the back of his horse.

But, over the last couple of years, the Thermopolis rancher noticed that he was slowing down. He suffered spells of lightheadedness and couldn’t catch his breath when he was working too hard, especially in the wind. He had a heart murmur, and his doctor determined that it was getting worse.

Larry was diagnosed with symptomatic severe aortic valve stenosis (AVS), a potentially fatal disease if left untreated. For Wyoming patients, treatment of AVS used to mean one of two options: Open-heart surgery or traveling hundreds of miles out of state for a Transcatheter Aortic Valve Replacement, or TAVR.

On March 5, 2020, Larry was the first patient to undergo TAVR in a Wyoming hospital. Wyoming Medical Center is the state’s first and only hospital to offer the life-saving procedure.

“It’s kind of exciting to be the first in Wyoming, but it doesn’t make me anybody special,” Larry said. “I just think the difference in recovery time from having an open-heart surgery, the difference in the amount of stress your body would go through having your chest cracked open, it’s just been a good experience. I’m really glad that I got to do it in Casper.”

TAVR is a relatively new, advanced treatment of severe aortic stenosis. The aortic valve is replaced through a catherization procedure and is less invasive and has fewer risks than open-heart surgery.

“TAVR is performed with minimal access to the patient's groin vessels instead of cutting open the chest and putting the patient on a bypass machine,” said interventional cardiologist Adrian Fluture, MD, FACC, FSCAI. “In most of the patients, there are decreased risks of death and stroke, bleeding, kidney injury, atrial fibrillation compared to surgery. The patients usually stay just overnight in the hospital and then go home.” 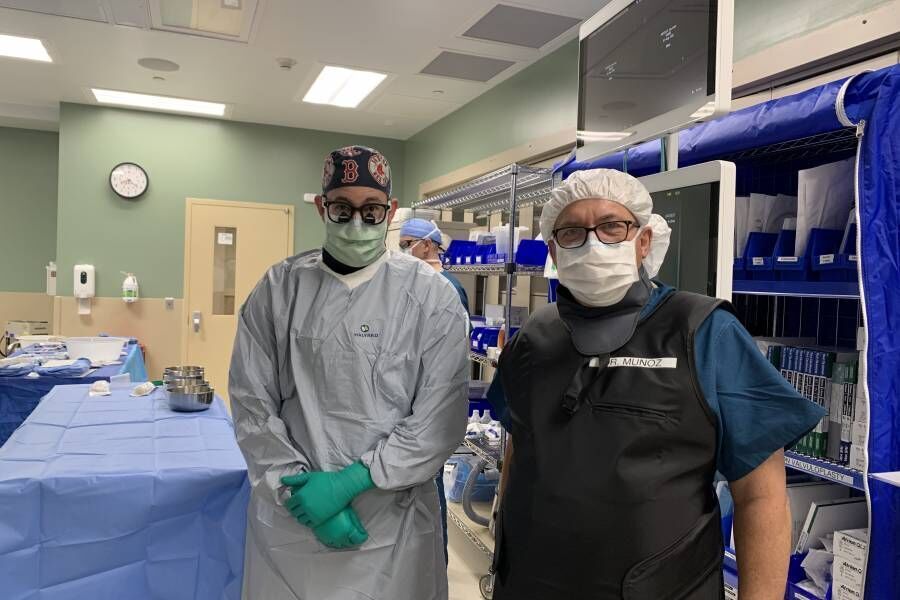 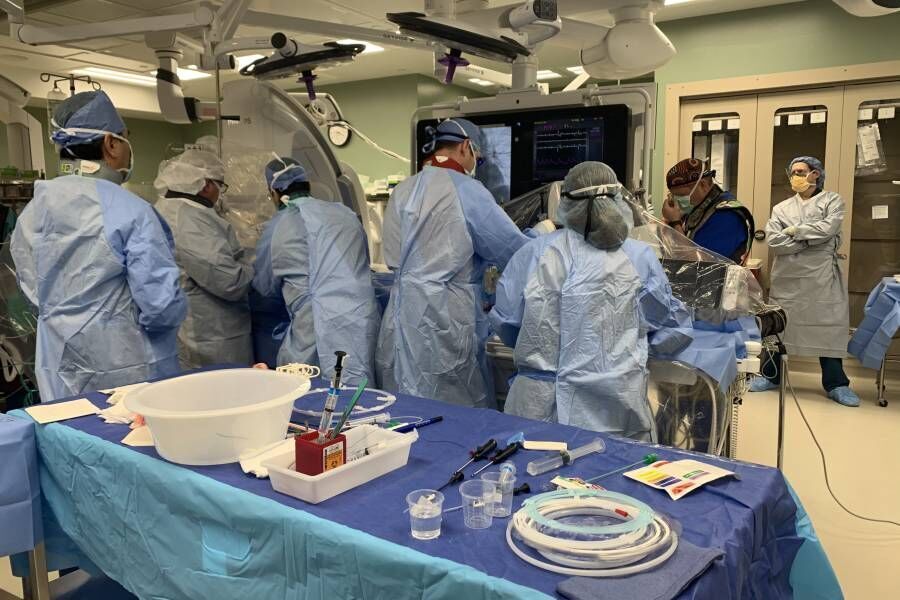 The TAVR team working on the first case. 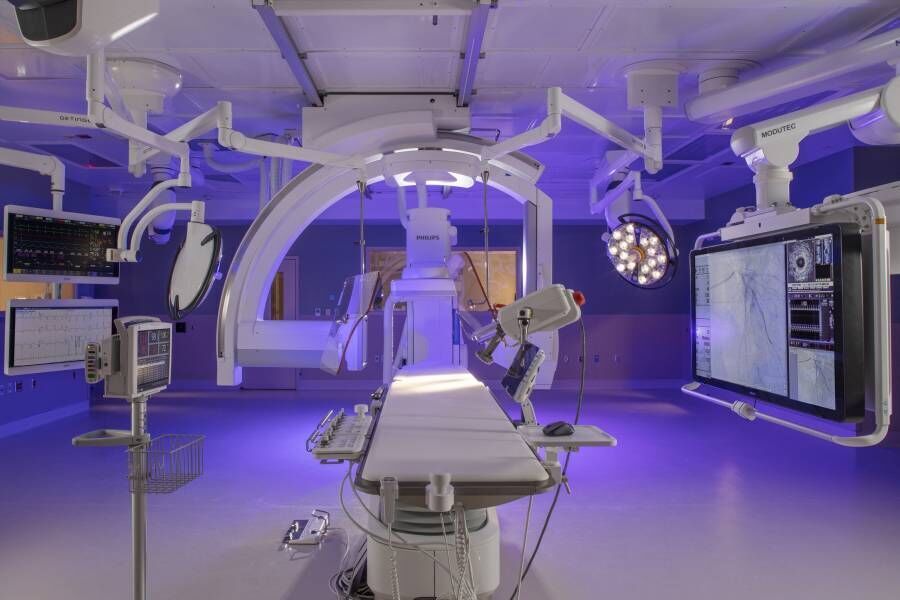 A look at their new IR suite and hybrid OR.

A look at TAVR

The TAVR team working on the first case.

A look at their new IR suite and hybrid OR.

Dr. Fluture, along with cardiac surgeon Eric Munoz, MD, worked for more than two years to bring TAVR to Wyoming Medical Center. Traditionally, Centers for Medicare and Medicaid Services (CMS) only approved TAVR for high-risk patients and only in large hospitals serving a high volume of cases. Drs. Fluture and Munoz lobbied CMS to change its rules and recruited help from Wyoming senators John Barasso and Mike Enzi. Eventually, their efforts were successful and CMS removed the regulatory hurdles in 2019.

“Of course other physicians in other rurals areas of the country expressed many of the same concerns we had, but I believe we were the most vocal,” Dr. Munoz wrote in an essay about the two-year journey to bring TAVR to WMC.

“You don't know how we felt when we read the new requirements. It meant that we now could conceive of the day when we would be doing TAVR at WMC. Of course it also meant that all eyes in the TAVR world were watching us. It's amazing that everyone in the TAVR universe was following our story.”

Drs. Munoz and Fluture trained with TAVR specialists in Germany and New York and performed many procedures. They developed a program for Wyoming Medical Center and assembled and trained their support team. With the backing of WMC administration, the only question remaining was where in the hospital could they perform it?

In February, Wyoming Medical Center opened its new Interventional Radiology Suite featuring the state’s only bi-plane fluoroscopy device. This digital X-ray has two rotating cameras that produce, in real time, the most detailed 3D images currently available to physicians, allowing for greater precision, less radiation exposure and smaller incisions. WMC is the state’s only hospital to have a bi-plane.

The new suite also has enough space to fit the large team of specialists and support caregivers to perform TAVR.

Talk to your doctor

Aortic Valve Stenosis (AVS) – a treatable but often undiagnosed heart condition – can be diagnosed through a heart ultrasound, called an echocardiogram. Talk to your doctor if you have or have had:

Learn more about AVS symptoms, diagnosis and treatment in this interview with Dr. Fluture.

“This is a complex procedure requiring extensive teamwork from many disciplines including interventional cardiology, cardiac surgery, anesthesia, catheter lab personnel, operating room personnel and valve coordinator. Precision is very important,” Dr. Fluture said. “Dr. Munoz and I have brought our cooperation to a new and higher level. We work as a team in each individual case. We cooperate in deciding who should get TAVR, in strategizing the procedure and in performing it.”

Larry was an ideal candidate for Wyoming’s first TAVR: He suffered several of the symptoms of aortic valve stenosis (AVS) – feeling winded or lightheaded with physical activity, chest pain or tightness with physical activity, or spells of fainting or almost fainting. He also had two of the major risk factors – a heart murmur and advanced age. Otherwise, Larry was healthy and active.

But, replacing the valve can almost completely reverse the risks and symptoms.

On March 5, 2020, Larry was wheeled into the new Interventional Radiology Suite at about 7:50 a.m. Drs. Fluture and Munoz made a small incision at Larry’s groin to access his femoral artery. With real-time X-ray imaging, the doctors slowly pushed a hollow sheath through Larry’s blood vessels up to his aortic valve. They used the sheath to deploy a replacement valve and secured it in place by inflating a small balloon, pushing aside the leaflets of the diseased valve. Then, they slowly pulled the balloon and sheath out through Larry’s vessels.

The whole procedure took about 2 hours.

“[March 5, 2020] was one of the greatest days of my professional career,” Munoz wrote in his essay the day after Larry’s TAVR. “We finally achieved our goal after two years of hard work and planning. Thank you to the administration, and of course my friend and colleague, Dr. Fluture, for making this a reality. This will truly benefit the great people of Wyoming and we are proud to bring this technology to Wyoming to help them.”

Larry, who only required local anesthesia, watched his whole TAVR on the large 3D monitor doctors use to monitor their progress throughout the procedure.

“Actually, it was kind of fun. I was awake the whole time, and it was kind of funny to see that little worm crawl up through that highway of blood vessels to my heart. It’s just amazing that they can do all of that,” he said.

“For me, there was absolutely no pain with any of it.”

Larry spent two nights at Wyoming Medical Center and drove back to Thermopolis the next day. He and his care team talked about what he could and could not do after the procedure, and what getting back to normal activity would look like.

AVS is caused by a narrowing of the aortic valve, preventing blood from getting out of the heart as it should and forcing the heart to work harder. For many patients, this can be a ticking time bomb, leading to heart attacks or heart failure. AVS often goes undiagnosed and, when left untreated, kills about 50 percent of patients within two years after the start of symptoms, Dr. Fluture said.

"Normal for me, as a rancher, is not normal for most people. We had some serious talks about what is considered normal,” he said. “I wasn’t gone from home but for three days. There were restrictions on what I could and couldn’t do, but we were calving at the ranch and I at least was able to get out and supervise, which doesn’t make everyone happy."

Just a few months after his procedure, Larry is back to ranch work and all that entails. Most of his AVS symptoms – the lightheadedness, shortness of breath – had resolved within a few weeks.

“That’s the big thing, I didn’t know how bad my symptoms had really gotten. Some of the simple things I did every day, that I didn't even realize made me short winded. It’s all come back, back to the way it was. I don’t even remember when I last felt that good."

This content was produced by Brand Ave. Studios. The news and editorial departments had no role in its creation or display. Brand Ave. Studios connects advertisers with a targeted audience through compelling content programs, from concept to production and distribution. For more information contact sales@brandavestudios.com. 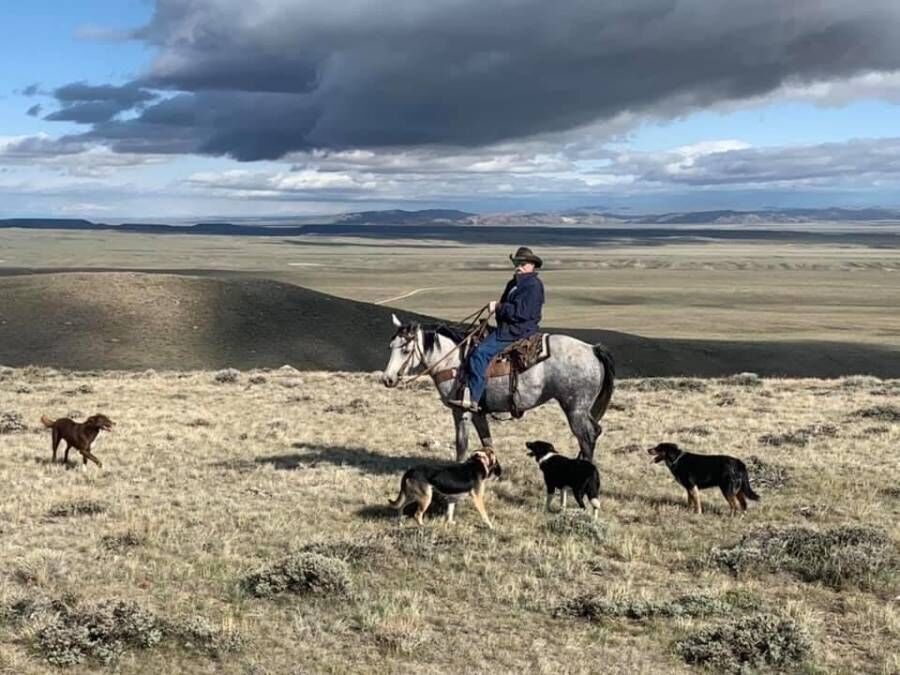 Larry Bentley rides through his Thermopolis ranch this spring. He was Wyoming’s first TAVR patient, a minimally invasive heart procedure to repair the aortic valve. 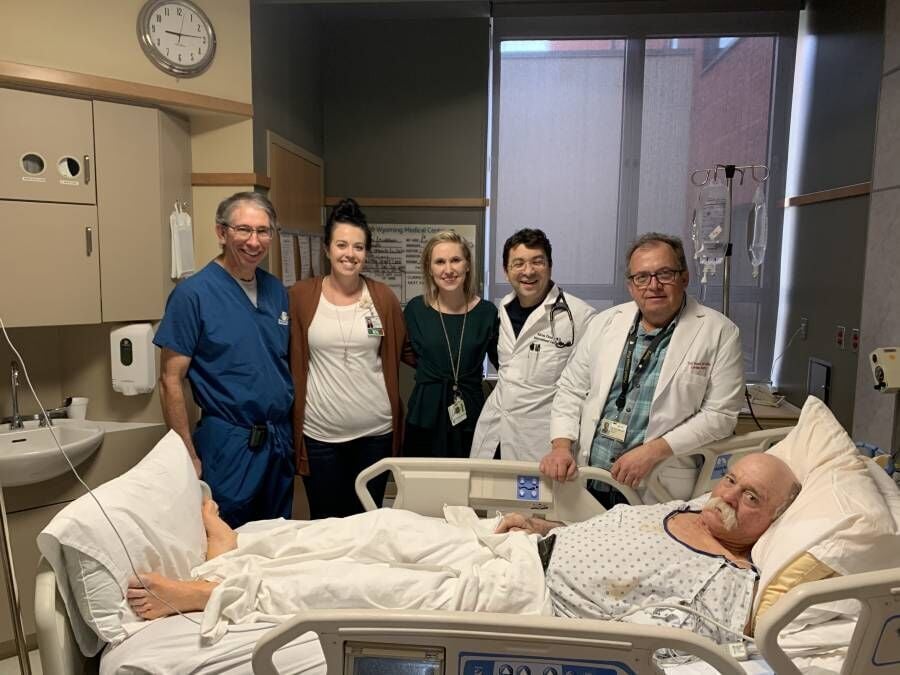 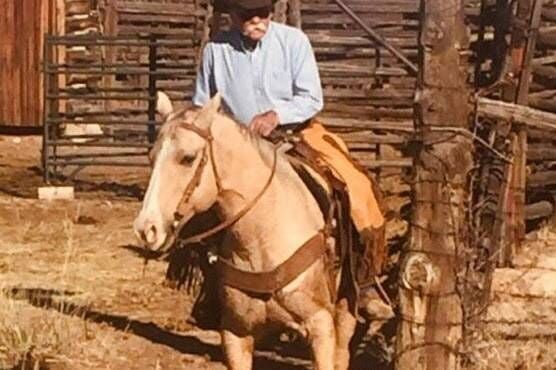