Energy infrastructure undergirds just about everything.

An above-ground network of power lines keeps the lights on, the A/C running and the Wi-Fi connected. An underground network of pipelines fuels stoves and furnaces and allows gasoline to flow freely from the pumps. In Wyoming, energy is plentiful — and predictable. Most people don’t really have to think about it.

Twenty years ago, after the events of Sept. 11, 2001, shattered Americans’ sense of safety, that stable energy supply didn’t feel like such a given. Suddenly, it seemed more like a vulnerability.

“Whether you’re talking oil and gas or electricity, think of all the things that you can’t do, that you’re used to doing every day, without your electricity,” said Lynn Budd, director of the Wyoming Office of Homeland Security.

In the months after 9/11, the immediate worry was about physical attacks. Energy infrastructure is visible. It’s distributed virtually everywhere. And transmission, including pipelines and power lines, is often concentrated in narrow passages to simplify complex permitting processes.

“We didn’t know if even our dams were safe,” said Steve Degenfelder, land manager for Kirkwood Oil and Gas. “If we’re going to be subject to terrorism, putting all of our pipelines in one corridor, does that put all of our eggs in one basket?”

Those perceived physical threats to infrastructure never materialized. But the collective sense of uncertainty gave rise to a national campaign for energy independence that shaped the modern energy market — and the distinct energy security landscape of today.

In the years following 9/11, President George W. Bush embarked on an effort to retake control of the domestic energy market. The country already had a stable coal supply: In 2001, it imported less than 2% of the total coal consumed nationwide, and exported twice that much. Bush was more concerned about oil.

The Energy Independence and Security Act of 2007, which formalized Bush’s efforts to limit U.S. reliance on oil imports, marked a reversal from earlier presidents’ efforts to drive down prices by expanding international oil production.

“Energy is a weapon,” said Mark Doelger, president of B & H Geologists. “It’s an economic weapon.”

After 9/11, the U.S. was no longer comfortable giving its political adversaries that kind of leverage. But it didn’t have the tools to repudiate all foreign oil right away. In 2001, the country was the world’s second-largest petroleum producer, after only Saudi Arabia. It fell to third, behind Russia, in 2004.

Domestic oil production climbed steadily under President Barack Obama, despite the implementation of drilling policies more restrictive than his predecessor’s. In the years since, Obama has claimed credit for the industry’s growth.

It was hydraulic fracturing, however, that by 2014 drove the U.S. to its current spot atop the oil production rankings.

“It really is more the economic conditions of energy production than anything,” said Shannon Anderson, staff attorney for the Powder River Basin Resource Council. “That’s the reason we created greater domestic energy security with oil and gas. It was the technology and the economics.”

“Energy independence, particularly in oil and natural gas, has really come a long way,” Doelger said. “Great strides have been made in those areas.”

Two decades after 9/11, despite the shifting regulations imposed by Bush, Obama, Trump and Biden, the U.S. has regained considerable control over its oil and gas markets. But fossil fuels are no longer the only major players in the energy sector.

Technological advancements and growing demand for low-carbon energy are driving a rapid transformation of the national energy landscape. Renewables, battery storage and nuclear power are displacing coal, oil and natural gas. But the generation sources needed to mitigate the climate crisis also come with new challenges.

“We all know where we are today with energy security,” Doelger said. “Clearly, it’s compromised, because of our reliance on unstable countries — countries that don’t have our best interests at heart.”

The U.S. depends on China and Russia to supply the uranium used in its nuclear reactors, which provide 20% of the country’s total electricity, as well as the rare earth elements needed to manufacture wind turbines, solar panels and commercial batteries.

Though there are some deposits of uranium and rare earths in the U.S., both resources can be imported relatively cheaply and remain prohibitively expensive to mine and process domestically.

U.S. uranium production, which peaked in 1980, has all but ceased, and its nuclear enrichment capacity — a necessary part of the refining process — is all but nonexistent. Even uranium mined within the country must be enriched outside its borders.

“We have the uranium resource,” Doelger said. “We have the rare earth resource. What we’re lacking, I think, to a degree, is the public acceptance and the political will to develop our domestic resources.”

To some extent, the factors hampering nuclear development are the reverse of the circumstances now extinguishing coal. There’s a market for nuclear, but the country’s uranium is inaccessible; coal is abundant, but demand is waning.

“When you see some of these extreme weather events,” he said, “where do they turn? They turn right back to coal, because it’s the best option. It’s really the only option.”

Which means that coal, the fuel associated most closely with climate change, is also the most dependable energy source during the natural disasters intensified by climate change.

“At a coal plant, your fuel supply sits there onsite, on demand,” Begger said. “Coal’s weaknesses aren’t operational. They’re, I would say, more environmental and political.”

In Wyoming, at least, alternative technologies still have time to mature. Rocky Mountain Power, the state’s largest utility, expects to retire its last Wyoming coal plant in 2039. In the meantime, it intends to build out wind, solar, battery storage and nuclear across its parent company’s six-state range.

For utilities, reliability is always a top priority. Now, 20 years after 9/11 raised alarm about attacks on physical infrastructure, a new concern is emerging: cyberattacks.

“It’s something that we take very seriously,” said Tiffany Erickson, media relations manager for Rocky Mountain Power. “The security of our assets, and the safety of customer information, it’s part of the company’s daily responsibilities.”

In May, a ransomware cyberattack shut down Colonial Pipeline, which supplies gasoline to the Southeast, until the company paid nearly $5 million in bitcoin to the hackers. Wyoming’s utilities, operators and other energy stakeholders are taking steps to protect themselves, from backing up company data to training employees not to fall for phishing scams.

“I think, for the state of Wyoming, the biggest threat we have right now is cybersecurity,” said Budd, from the Wyoming Office of Homeland Security. “Because it’s global. There’s no borders. There’s no distinction between whether you’re in Wyoming, or California, or Europe.”

Bridger Coal Company will close its underground mining operation near Rock Springs in November. Ninety-four employees will be affected, though not all will be laid off.

92 Bridger mine layoffs have been anticipated for years

Fifteen of the workers will move to jobs at the neighboring surface mine, and 10 will retire. The company expects another 10–12 positions to open at the surface mine before the closure. That leaves upwards of 50 workers lacking a clear path to employment after November.

Stray methane is a sneaky pollutant. It's also a thorn in the side of the natural gas industry.

Amid soaring natural gas prices, a boost for coal

Over the last decade, market forces and climate policies have propelled utilities away from coal. But high natural gas prices are nudging more coal into the electricity mix.

Wyoming's biggest utility is closing the curtains on coal

Unlike Wyoming, PacifiCorp is turning away from fossil fuels.

Retraining of Wyoming’s energy workers has become a focal point for lawmakers and industry experts, who see potential for both calamity and possibility in the state’s changing job market.

Wyoming's biggest utility is quitting coal. Few are satisfied with the plan.

Wyoming’s largest utility committed last week to exiting coal in the next two decades. The plan has drawn criticism from coal advocates and opponents alike.

Feds promote emerging energy tech, with some help from Wyoming

First came Kennedy’s moonshot. Then, in 2012, came the Solar SunShot. This summer, U.S. Department of Energy launched the Energy Earthshots In… 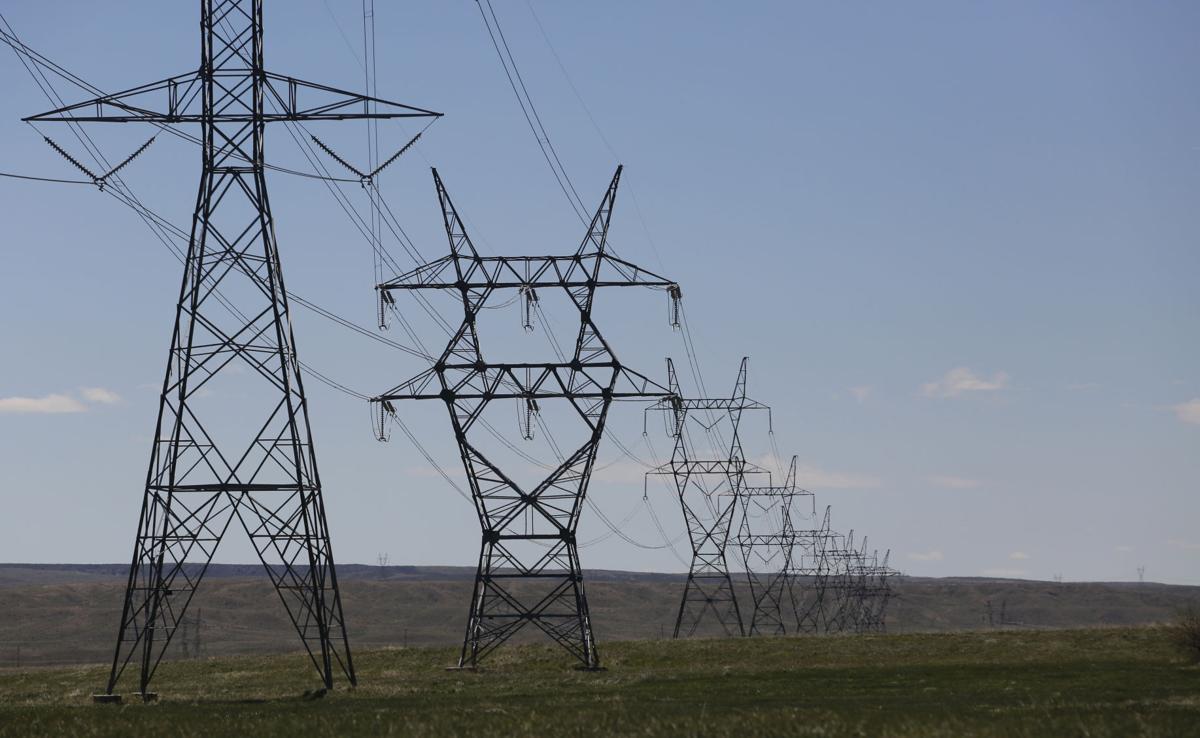 Transmission lines stretch toward the horizon in May 2017 as they carry power from Laramie River Station coal-fired plant outside Wheatland. The Sept. 11 terrorist attacks caused concern about the security of the nation's energy infrastructure. 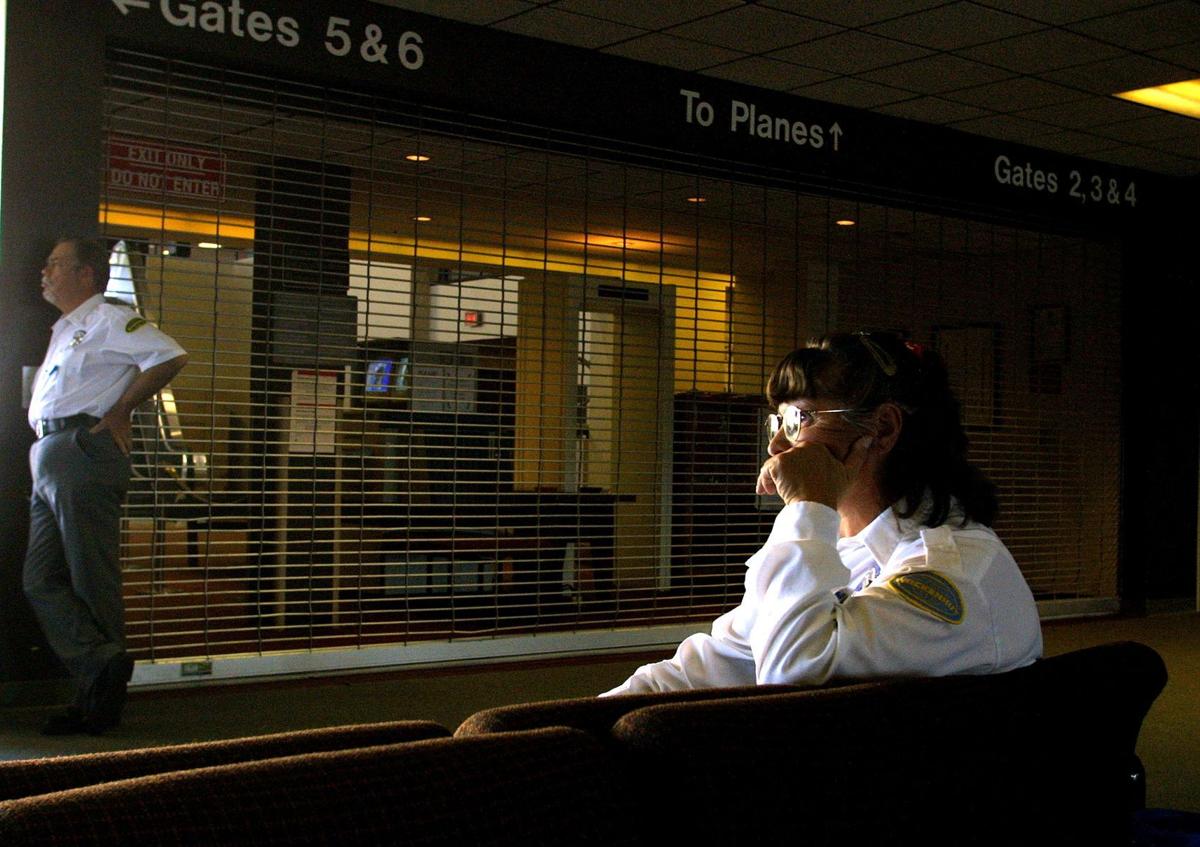 Security staff sit idle and watch live TV coverage of the Sept. 11, 2001 terrorist attacks at the Casper-Natrona County International Airport. All air traffic was halted and airports shut down soon after the attacks. 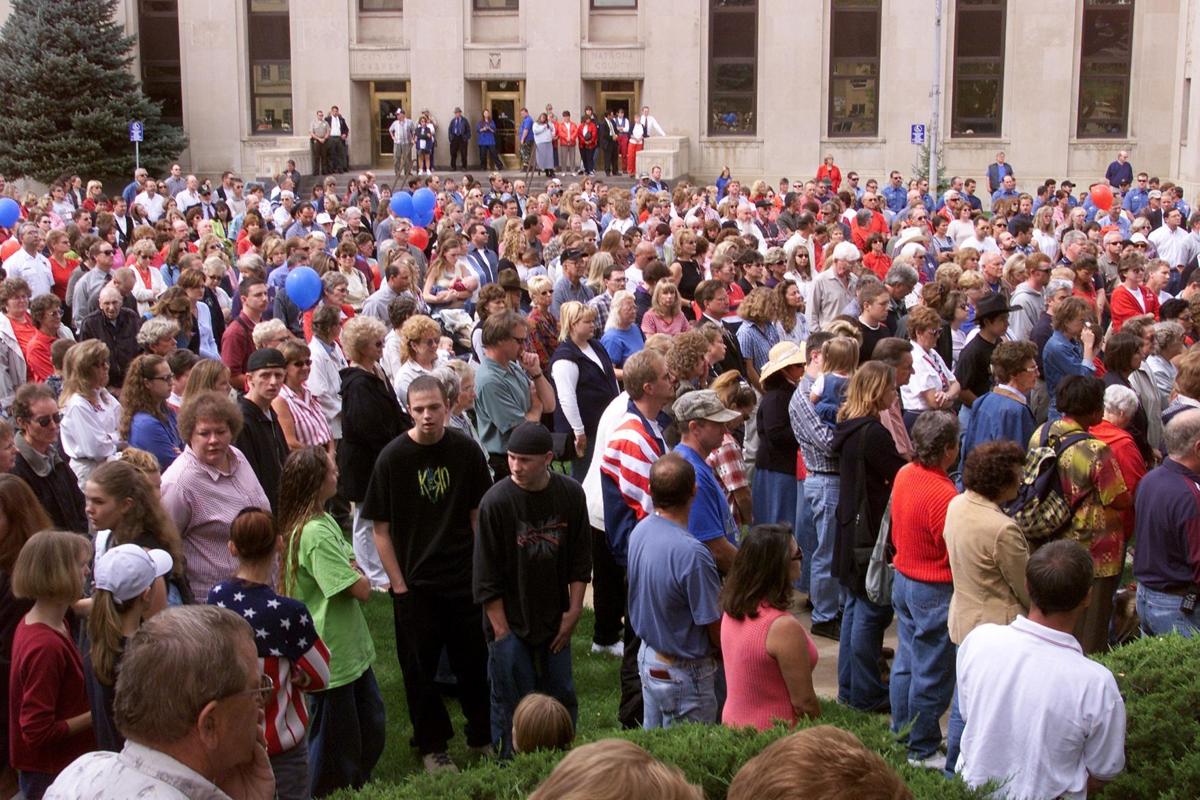 Crowds gather in Pioneer Park across the street from the Natrona County Courthouse on Sept. 14, 2001, during a National Day of Prayer in honor of the terrorist attacks on Sept. 11.