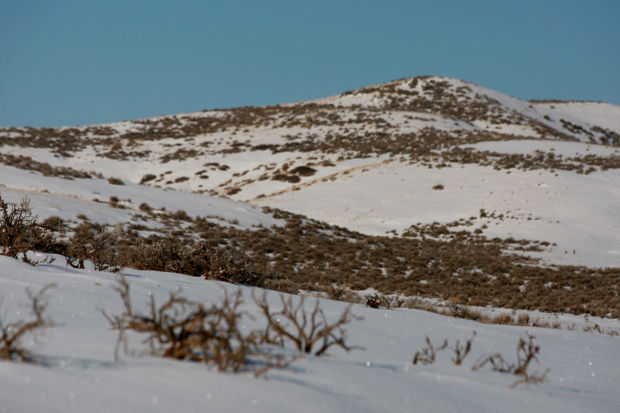 The future site of Brook Mine is shown Monday, Jan. 12, 2015, just north of Sheridan. Ramaco Wyoming Coal Company is making a pitch to Sheridan County Commissioners to rezone an agricultural area as light industrial for a coal research and development center. 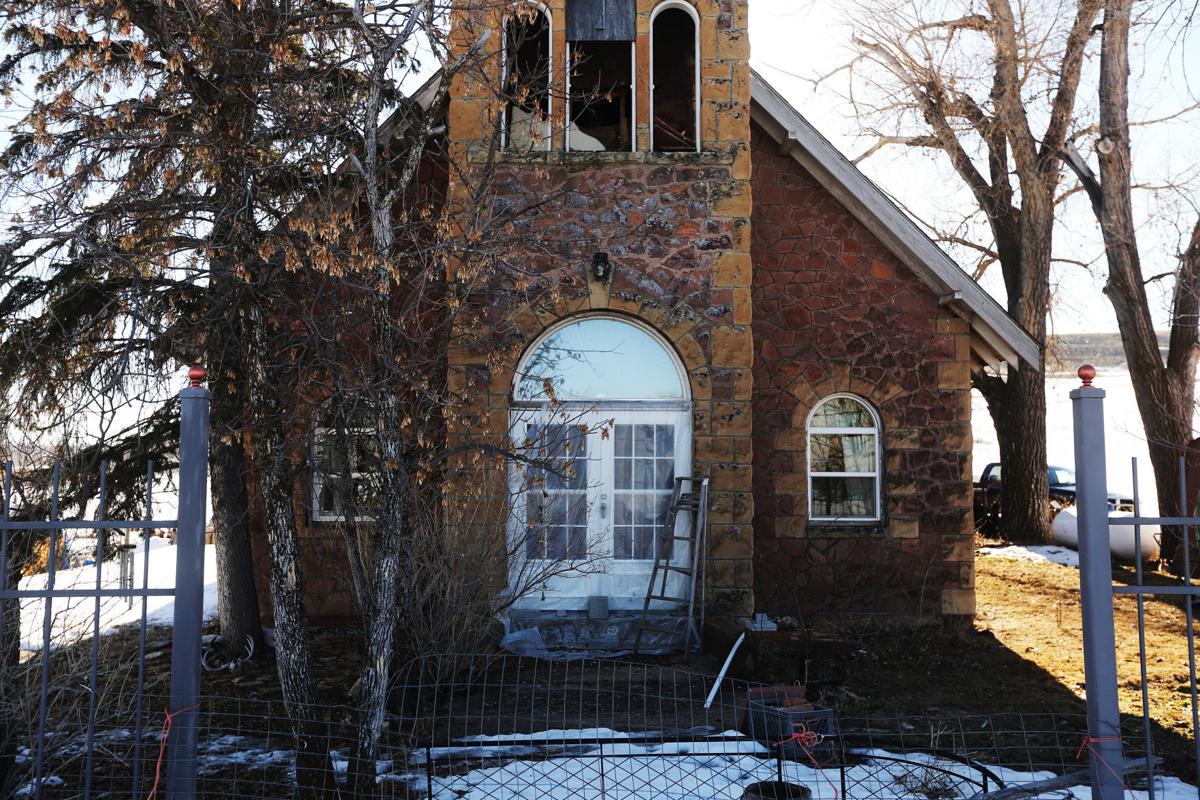 A former church is one of the only structures left in Monarch near Ranchester. Ramaco's pitch to rezone an area in Sheridan County faces opposition from the Powder River Basin Resource Council. 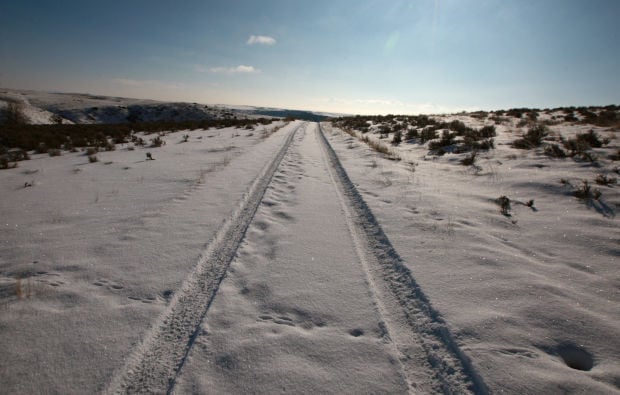 The future site of Brook Mine is shown in January 2015, just north of Sheridan. Ramaco Wyoming Coal Company received approval for rezoning of an area in Sheridan County for coal research and development.

A hundred years ago, a pile of broken up coal hunched in most cellars and outhouses. That dusty pile can still be found out back at some ranches in northern Wyoming, ready for use when temperatures dip below freezing and the wind blows harsh and frigid over the high desert.

Now most people get their heat by turning up the thermostat, though that, too, is often a coal-fired resource. About 30 percent of the country’s electricity demand is met with coal — from central heating to iPhone chargers.

Thermal coal is not used for much else.

Wyoming is the largest producer of thermal coal in the country, and that single purpose for one of its most reliable resources has become an Achilles heel for the state.

Coal-fired power plants are being replaced by cheaper resources like wind power and natural gas plants. Fewer customers for Wyoming coal has hit the counties that depend on the coal sector and narrowed a once broad running revenue stream for the state.

In Sheridan County, which long ago lost its coal sector but not its coal, there may be a chance to let coal-fired power go, and make the rock a different kind of resource.

On Tuesday, Ramaco Wyoming Coal Company will make a pitch to commissioners in Sheridan County to rezone an agricultural area as light industrial — the first step in their aims to create a coal research and development center in northern Wyoming.

It’s a controversial move, but if successful, the company will tap the carbon rich rock for use in manufacturing, and more importantly, making that process cheap enough to create a new, if smaller, Cowboy State coal sector.

“We see carbon as the elemental building block for the next century,” said Charlie Atkins, director of development for Ramaco’s iPark, a proposed manufacturing facility.

Ramaco’s presence in Sheridan County has been controversial, with most of the fight centered on the Brook Mine, a proposed coal mine protested by landowners and a neighboring coal company.

But the heart of their pitch to county commissioners this week is their research. Ramaco Resources applied for a permit to mine coal in Sheridan County in 2014, intending to get into the only game in town – coal for power plants. But as the coal market declined, owner Randall Atkins said he reassessed and began looking into coal as a feedstock.

The company is propos

ing two facilities. One would host researchers. The other would manufacture products from coal.

As Ramaco stated in its initial release about the iPark and the iCam, coal is “too valuable to burn.”

Cracking fossil fuels is a family legacy for the Atkins brothers. Their father was the Orin Atkins of Ashland Oil.

It was petroleum refining that took over the coal for products market decades ago, said Charlie Atkins. There was an abundance of oil and it was cheap, but both can be used to make similar products.

The primary, and perhaps most obvious, uses of coal are resins that can be extracted —coating that can make a bicycle tire stronger and more resistant to punctures, minerals that can go in water purification systems and sensors for pacemakers and heart rate monitoring, Atkins said.

But coal to products like pacemakers isn’t going to do much for the Powder River Basin coal sector which last year produced 300 million tons of coal for the electricity market, the Atkins brothers acknowledged. Small products could create a small sector, but won’t make much of a dent in the problem as coal for power volumes decrease year by year.

When it comes to Wyoming’s trouble with coal, a new sector would have to use larger volumes, from a stable industrial buyer, like the transportation sector or construction.

Carbon fiber is a lightweight, durable material that the transportation sector has been eyeing for a decade as they look to a future of electric vehicles where lightweight materials are key to increasing efficiency.

But the problem is the price. Carbon fiber from petroleum is still too expensive, said Don Collins, CEO of the Western Research Institute in Laramie. The institute is partnering with Ramaco on its research.

“If we can do it with coal, we have a good shot of getting the price at the right point because we can produce more carbon fiber per ton of coal,” he said.

The Western Research Institute is the recipient of a federal grant to research carbon fiber, with a focus on driving down the cost. It’s working with Ramaco as well as partnering with researchers at the Oak Ridge National Laboratory to get this done.

Wyoming is well placed to take advantage of a coal for the carbon fiber sector, because the coal in the state is so cheap to mine, he said.

“That’s an important ingredient to get to the right price,” he said.

Another potential use of Wyoming’s coal is rebar – the steel rods used to reinforce concrete. Carbon fiber is stronger and it doesn’t rust, said Atkins, the head of development at iPark.

“If those two markets took off,” he said of rebar and carbon fiber for cars, “then a considerable volume of coal could be used.”

The area around Sheridan has long been used in agriculture, but those farms dotted with cattle have given way to subdivisions and the county coffers are more often filled with tourism and energy dollars today, said Bob Rolston, one of the county commissioners that will decide whether to rezone the site proposed for Ramaco’s research park from agricultural to industrial.

Coal mining halted in the ‘80s in Sheridan County and although companies still hold leases and property, the diminished coal market has killed hopes that mining will restart anytime soon.

When it comes to Ramaco, county officials have to take a guarded optimism, Rolston said. The commission has received letters of support for Ramaco from the Wyoming Mining Association, the governor’s office and the Endow initiative.

Rolston said he couldn’t give an opinion on the outcome of the zoning decision until he’d heard the testimony Tuesday.

But new business in a place like Sheridan, is usually good news, he said.

“You always have to look out for the economy when you live in it,” Rolston said.

You do represent the constituents out there. And you better listen to them because they are the ones that put you in the hot seat to start with.”

Rolston is still getting used to the idea of carbon fiber and resins used in 3-D printing, a direction that surprised him when Ramaco first proposed it last year.

But, he’s not opposed to it either.

“In my estimation, what entrepreneurs have done is come up with ideas like that and pursue them,” he said. “Some work and some don’t.”

The Powder River Basin Resource Council, a local landowners group, was instrumental in delaying Ramacos’ ability to obtain a permit for the Brook mine. The group fought the permit, arguing that it lacked a number of environmental protections for nearby landowners, water and land. They won that battle and are also opposed to rezoning for the iPark over environmental concerns. They want the company to build in another area that’s already zoned for light industrial.

But when it comes to the technology, the group doesn’t have a position, said Shannon Anderson, a lawyer for the Powder River Basin Resource Council. They will decide where they stand on the company’s endeavors with coal and carbon products in the future, but are currently just looking at where the iPark and iCam should go in Sheridan County.

“For us, this is not about the project, it’s about the place,” Anderson said of the zoning dispute. “And it’s the wrong place.”

Some have criticized Ramaco for making big promises in Sheridan before they could deliver. Its rapid switch from coal producer to coal technology entrepreneur took many by surprise.

Collins, of the Western Research Institute, said he’s fine with the take that this is a wild leap. That’s where a lot of good technology comes from, he said.

As for carbon fiber and carbon resins, those products are proven. It’s moving them to market that will be a challenge, not to mention the typical Wyoming hurdles of permitting and workforce in rural regions.

“As researchers making breakthroughs, we generally always start with crazy ideas, but we do have to go through a process of evaluating which ones become practical, pragmatic and commercial,” he said. “Sometimes you get that golden nugget.”

Coal company wins right to mine in northern Wyoming

The future site of Brook Mine is shown Monday, Jan. 12, 2015, just north of Sheridan. Ramaco Wyoming Coal Company is making a pitch to Sheridan County Commissioners to rezone an agricultural area as light industrial for a coal research and development center.

A former church is one of the only structures left in Monarch near Ranchester. Ramaco's pitch to rezone an area in Sheridan County faces opposition from the Powder River Basin Resource Council.

The future site of Brook Mine is shown in January 2015, just north of Sheridan. Ramaco Wyoming Coal Company received approval for rezoning of an area in Sheridan County for coal research and development.