Wyoming produces more minerals from public land than almost any other state in the country.

That makes a new federal guideline especially potent for the leading energy producer. In light of the COVID-19 pandemic, the Bureau of Land Management announced last week it will temporarily grant royalty reductions to ailing oil and gas companies operating on federal land. The move has sparked a wave of heated responses — both for and against the relief — from all corners of Wyoming and could have far-reaching implications for the state, its public and its energy producers.

The relief will lower rates for mineral royalty payments if an operator demonstrates it has endured economic hardship caused by the virus and receives approval.

A lowered royalty rate will go into effect for 60 days, with an opportunity to reapply. Royalties are the payments for minerals, typically at a rate of 12.5 percent, when an operator extracts oil and gas from public land, according to the Mineral Leasing Act.

“BLM State Offices are only approving suspension of operations and royalty rate reduction applications when it is in the best interest of conservation to do so or when it would encourage the greatest ultimate recovery of our natural resources,” Derrick Henry, a BLM spokesman, told the Star-Tribune in a statement.

Wyoming’s BLM declined to provide an exact number of requests it had received from oil and gas companies for rate reductions.

Of Wyoming’s 62 million surface acres, 48 percent are considered federal public land. The BLM oversees the use of 18 million surface acres in Wyoming. The state usually reaps sizable financial returns for this development, receiving a portion of federal royalties, as well as approximately half of the money collected from federal lease sales. Last year, lease sales delivered $117 million to Wyoming’s coffers, much of which supports public services in rural communities.

The Petroleum Association of Wyoming, a group representing a majority of oil and gas operators in the state, welcomed the interim relief, pointing to the benefits the aid could have for the state as energy businesses attempt to recover from the pandemic.

“Temporary relief measures that enable companies to continue operating in this climate benefit the state by promoting a more rapid recovery as market conditions allow,” Ryan McConnaughey, communications director for the Petroleum Association, said in a statement.

However, given persistently weak market conditions for oil, easing royalty obligations for two months may not be enough to save some oil and gas firms. Independent oil and gas operators have been hit with a one-two punch: a global price war and a precipitous drop in demand induced by the COVID-19 pandemic.

The price for oil remains too low to make it worthwhile for most producers, even with the price of a barrel of oil inching above $30 this week. West Texas Intermediate, the U.S. benchmark for oil, landed at $33.91 a barrel Thursday. But the realized price for Wyoming sweet crude usually falls even lower than WTI, and operators have been left with few options but to shut in wells and lay off workers in droves. For now, the price for oil and gas is still too low to make extraction feasible in even the most lucrative plays. And a full recovery in energy markets appears far away.

The bureau also continues to consider lease suspensions for oil and gas companies affected by the virus in addition to royalty reductions. As of last week, 149 companies operating in the state have applied and been granted a lease suspension, according to a BLM database.

Not every Wyomingite welcomed the royalty reductions, with the announcement immediately garnering protest from conservation groups and taxpayer advocates. Critics of the aid have accused the BLM of dolling out minerals owned by the public at rock-bottom rates, with few returns for taxpayers or states facing colossal revenue deficits. Some groups have gone so far as to question the legality of the royalty reductions and lease suspensions, according to an investigation by High Country News.

Wyoming Outdoor Council spoke out against the decision. Communications Director Alan Rogers said a federal grant or loan program would have been more effective at supporting all businesses, like oil and gas firms, and their workers during the pandemic.

“A comprehensive approach to supporting workers and businesses, guided by Congress, is more appropriate than agencies granting favors to individual industries,” Rogers said in a statement. “Those minerals belong to the American taxpayers and royalty payments are an important pillar of Wyoming’s economy. It’s not appropriate for the BLM to give away oil and gas for nearly free.”

The group has closely tracked the BLM’s leasing practices on public land throughout the West, saying the BLM’s current practices promote drilling at the expense of sensitive wildlife, recreation access and cultural landmarks.

Other conservation organizations encouraged the BLM to instead incentivize and support the country’s transition away from fossil fuels.

“If we are going to subsidize energy producers, the public interest clearly favors advancing clean, renewable energy sources that can be installed at the community scale in already-urbanized areas, to minimize further impacts to public lands and wildlife,” said Erik Molvar, executive director of the Western Watershed Project.

“The Trump administration’s BLM has so far granted every oil and gas royalty relief petition it has received,” said David Jenkins, president of Conservatives for Responsible Stewardship. “Not only does this boneheaded move shortchange American taxpayers and Western states at the worst possible time, it incentivizes oil production during the worst oil glut in history. That is the absolute last thing the market needs right now.”

Beginning in March, U.S. oil producers started contending with a global price war and a huge glut in supply amid a pandemic that drastically slashed fuel demand. The crash in oil prices, combined with a shortfall in storage, has left the world swimming in oil supply.

Despite the opposition, the BLM staunchly defended its decisions, citing the significant precedent for such relief programs and its stringent vetting process.

“These laws and regulations have existed for decades and across multiple administrations,” stated Henry, the BLM spokesman.

“No special circumstances have been granted,” he added. “These longstanding processes help ensure America has a stable long-term energy supply and provide long-term value to American taxpayers.”

According to the Mineral Leasing Act, the Department of Interior secretary has the authority to reduce, waive or suspend royalties.

The BLM recently postponed an upcoming oil and gas lease sale in New Mexico to protect the health of the public and staff. It declined to disclose whether this delay would also apply to Wyoming’s June 22 lease sale, telling the Star-Tribune it would evaluate each sale on a “case-by-case basis.”

This article has been updated to include the number of lease suspensions granted in Wyoming as of May 22.

Despite the Bureau of Land Management's decision to postpone oil and gas lease sales in four neighboring states, Wyoming's is still scheduled for June 22.

The BLM has granted royalty rate reductions on 40 different leases across Wyoming, according to the Star-Tribune's review of documents on the BLM's database.

In 2020, Wyoming oil and gas developers were slammed by depressed market conditions, a glut in oil worldwide and a global economic recession. 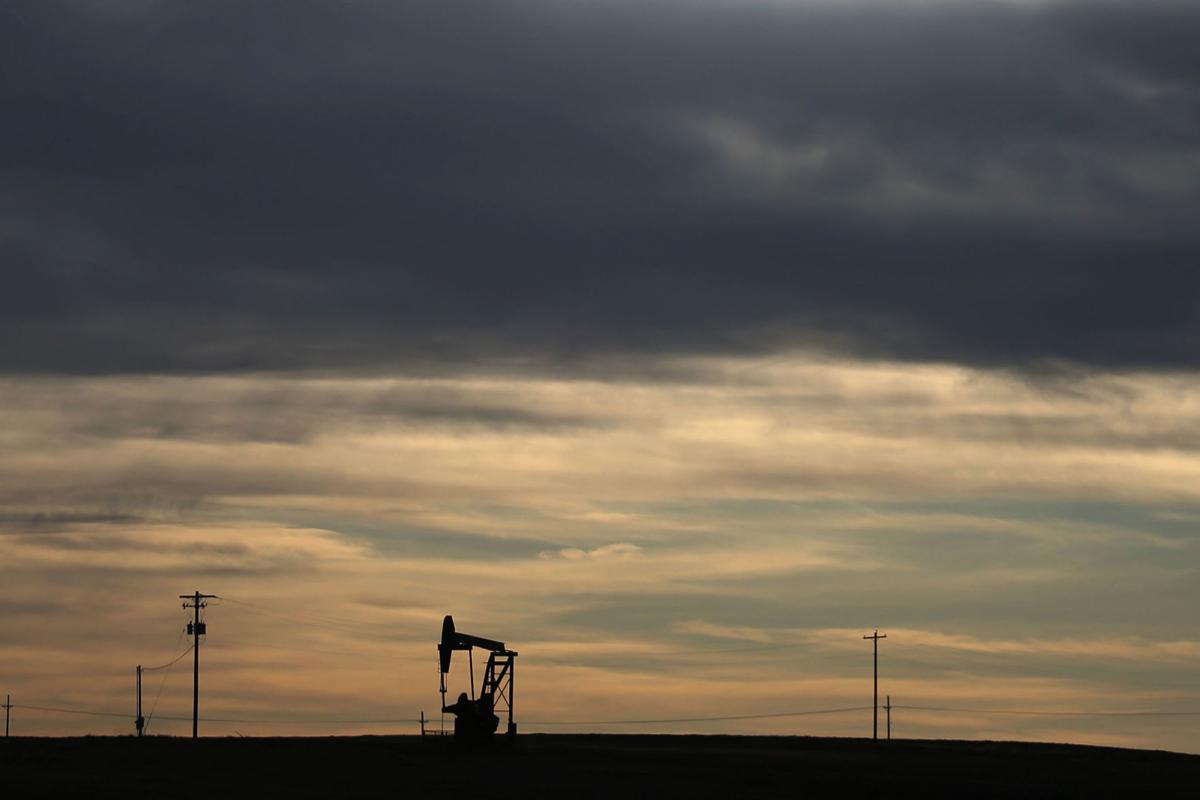 The sun sets behind an oil well pumpjack outside Glenrock in October. The federal government is offering tax relief to oil and gas producers in light of the coronavirus pandemic. 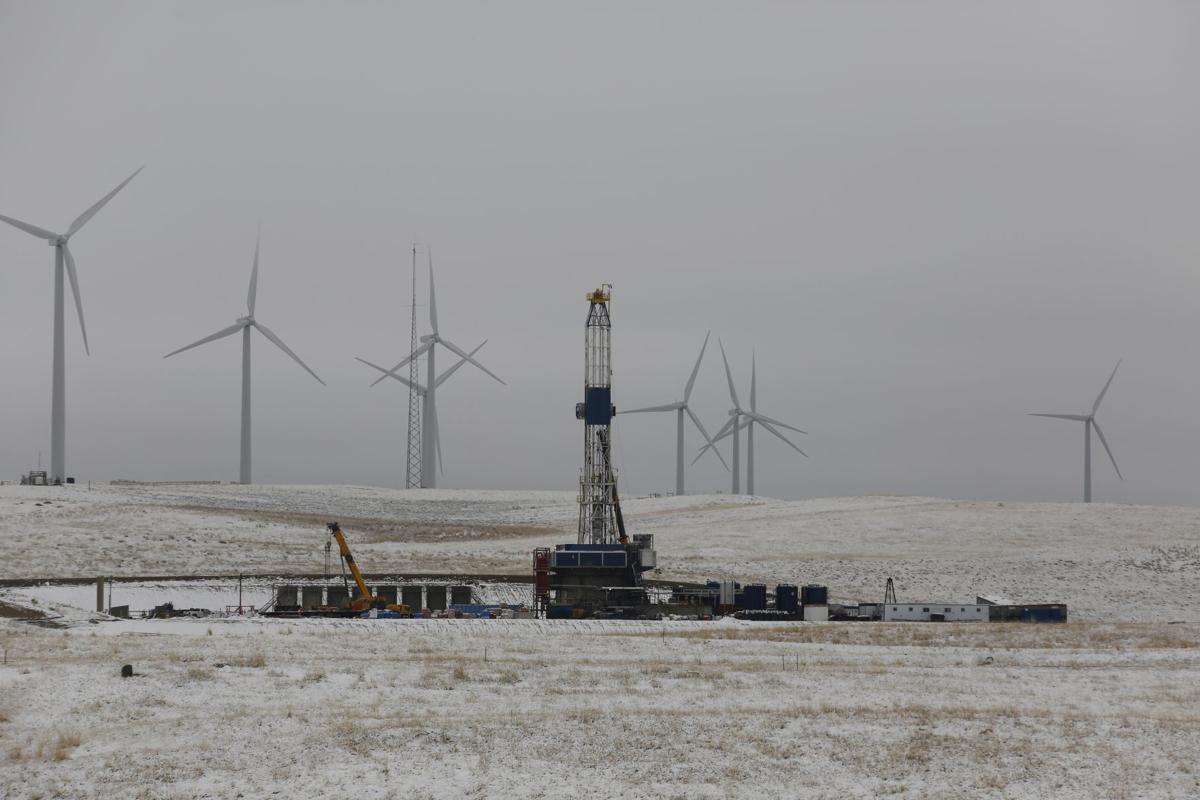