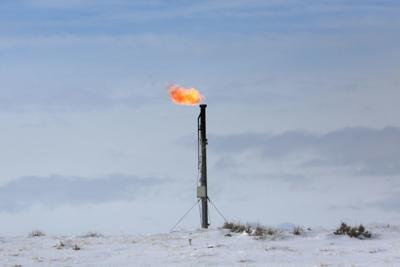 A Casper-based startup has been steadily deploying power generators to Wyoming well sites to capture stranded natural gas and use it for cryptocurrency mining.

The idea to utilize gas for data processing that would otherwise be burned or disposed of by energy operators was hatched by co-founders Will Reese and Kris Holbrook. Early last year, they launched Highwire Energy Partners, LLC.

The pair have been deeply enmeshed in the state’s oil and gas industry and wanted to provide a solution to gas flaring, or the process of burning off excess gas.

The technology works like this: Highwire Energy Partners takes excess natural gas, converts it into electricity on a well site and then uses that power for energy-intensive data computing.

That power is then funneled to a data center housing computing equipment right there at the wellsite. The computing power can then be used to mine for cryptocurrencies, or encrypted digital currencies like Bitcoin.

“We think we’re onto something here,” Reese said.

To energy producers and public officials, flaring is an often unavoidable step in oil exploration and production. Rather than venting natural gas into the air, operators flare, or burn, it.

What’s more, to persuade midstream pipeline companies to take a risk and invest in an unexplored area, operators want to test out wells and collect data. Companies will likely not make the investment in a pipeline if there are too many unknowns.

Using the tech firm’s solution, the stranded gas is instead converted to electricity and then used to process data onsite. That means costly infrastructure like pipelines or processing plants for transporting the excess natural gas are no longer needed.

To Reese, Wyoming is the perfect place to roll out the technology.

The company has installed the technology all over the state, he explained.

Though the team does have some plans in other states, the company said it plans to stick close to home for the most part.

“Wyoming is the place we call home and this is where we would like to see this technology take off,” he said. “Our big goal is to expand and utilize this technology as much as we can. But first and foremost, that is and always will be Wyoming.”

The search for solutions to flaring in Wyoming

Some companies have developed novel approaches to addressing flaring, including two firms who want to convert the gas into computing power. 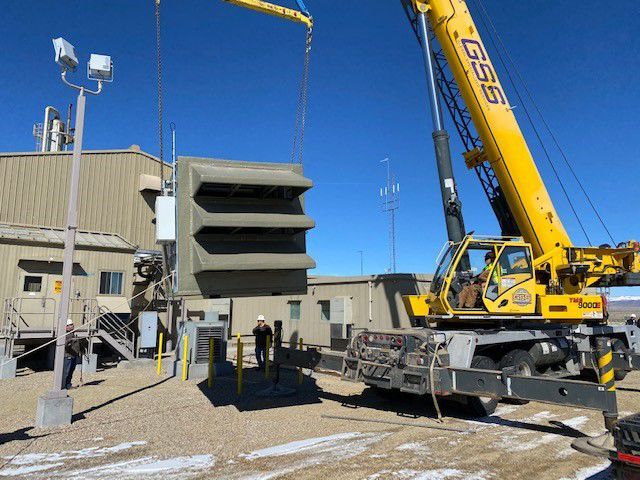 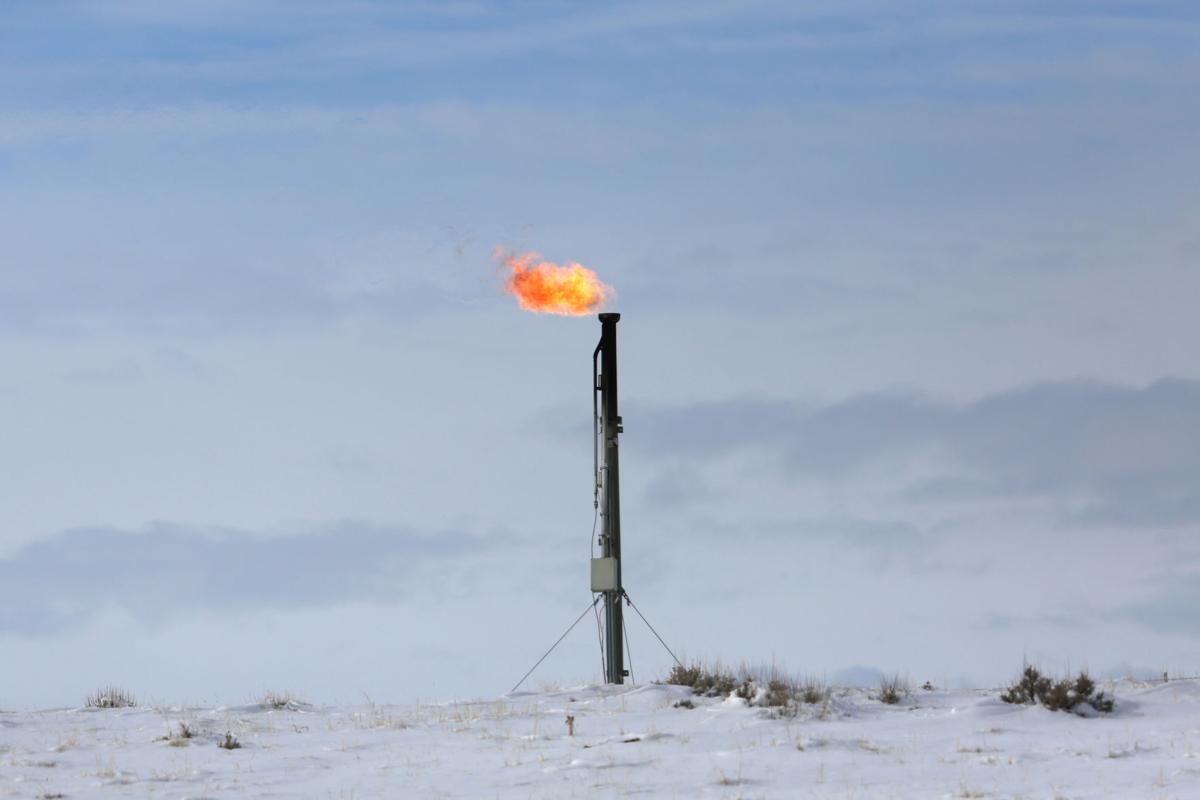 A stack flares excess gas along Highway 59 north of Douglas on Feb. 16. A startup in Casper is taking excess gas and using it to power data computing, rather than flaring it.