Nearly a year after the spot price of Powder River Basin coal suddenly tripled, it remains higher than before the spike and ticked upward again last week.

It’s too soon to be sure whether the same factors that caused spot prices to skyrocket last fall — which included low coal stockpiles and high natural gas prices — will have the same effect this year. But neither has gone away, said Rob Godby, an economics professor at the University of Wyoming.

Powder River Basin coal becomes a competitive electricity source when the price of natural gas exceeds about $3 per million metric British thermal units, according to the Wyoming Mining Association. U.S. benchmark Henry Hub hasn’t closed below that level since the middle of 2021.

By the onset of winter, coal — a carbon-intensive resource many utilities are moving away from — had become the more cost-effective option.

“If you needed coal at the end of last year, the mines were pretty much at capacity and had already contracted to sell that coal, and so the market got really, really tight,” Godby said.

As of July, stockpiles at coal-fired power plants were still lower than at any point before the fall of 2021, and about equivalent to last December, according to the Energy Information Administration (EIA). And while the spot price of natural gas has declined from August’s spike, it remains even higher than this time last year.

Wyoming produced virtually the same volume of natural gas in 2021 as in 2020, according to EIA data. But as companies overcome supply chain issues and worker shortages to drill more wells, the numbers are coming back up, said Ryan McConnaughey, vice president of the Petroleum Association of Wyoming.

Wyoming’s rig count, an indicator of industry activity, has risen from a low of zero during the first summer of the pandemic to 20 across all five weeks of September, Baker Hughes reported. In the years before 2020, the count usually hovered in the 30s.

“I think we’re on an upward trend, but I would not expect us to be where we were right before the pandemic,” McConnaughey said.

“I would expect us to see an increase in production in 2022,” he added. “The increase in drilling that we’ve seen since the beginning of the year should boost those numbers.”

How high natural gas prices become — and how coal markets respond — will depend in part on temperatures this winter, Godby said. “Weather is always a huge wild card for natural gas in winter. And now we kind of have this this double uncertainty with respect to weather: It’s not just weather in the United States, it’s now weather in Northern Europe.”

“I think spot prices right now are just reflecting market uncertainty and also the fact that we have really low stockpiles,” Godby said. “It’ll be interesting to see if they start to go back up, and how much capacity the mines have to produce.”

“We could be producing more, but we’re constrained by rail issues,” Deti said. “If we were to get all the trains that we needed, we’d be mining a little bit more coal here in Wyoming.”

If rail had not been an obstacle, he said Wyoming’s mines would likely have been able to ship tens of millions more tons of coal to the power sector this year.

Lost coal jobs and revenue are an important focus, one report said, because they “are concentrated in a small handful of areas, which can devastate these communities even when total losses are small relative to the overall US workforce and economy.” 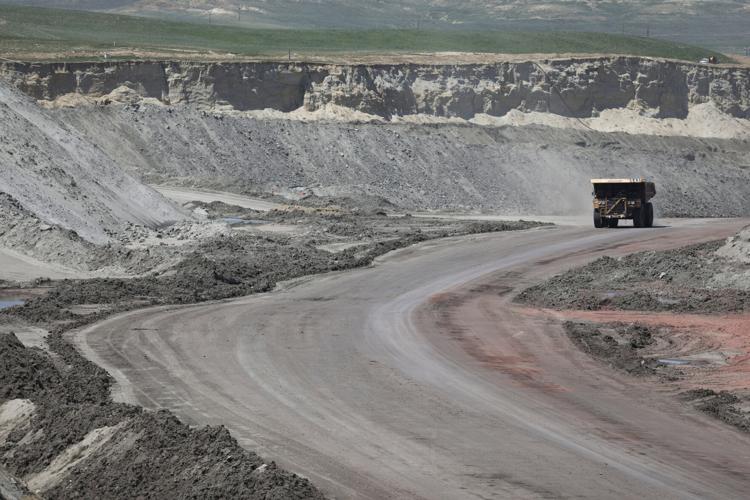 A water truck prepares the way for coal trucks at the Eagle Butte Mine on May 18 in Gillette. The price of coal has increased of late and could rise further as winter approaches. 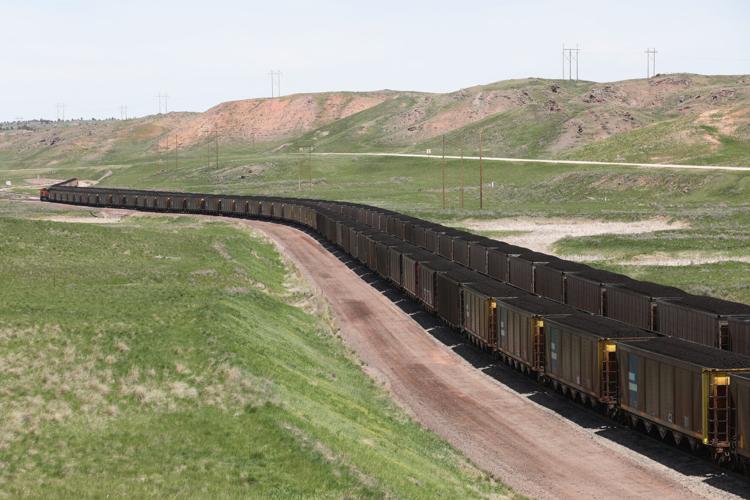 A train hauling coal moves through the Powder River Basin in May near Gillette.