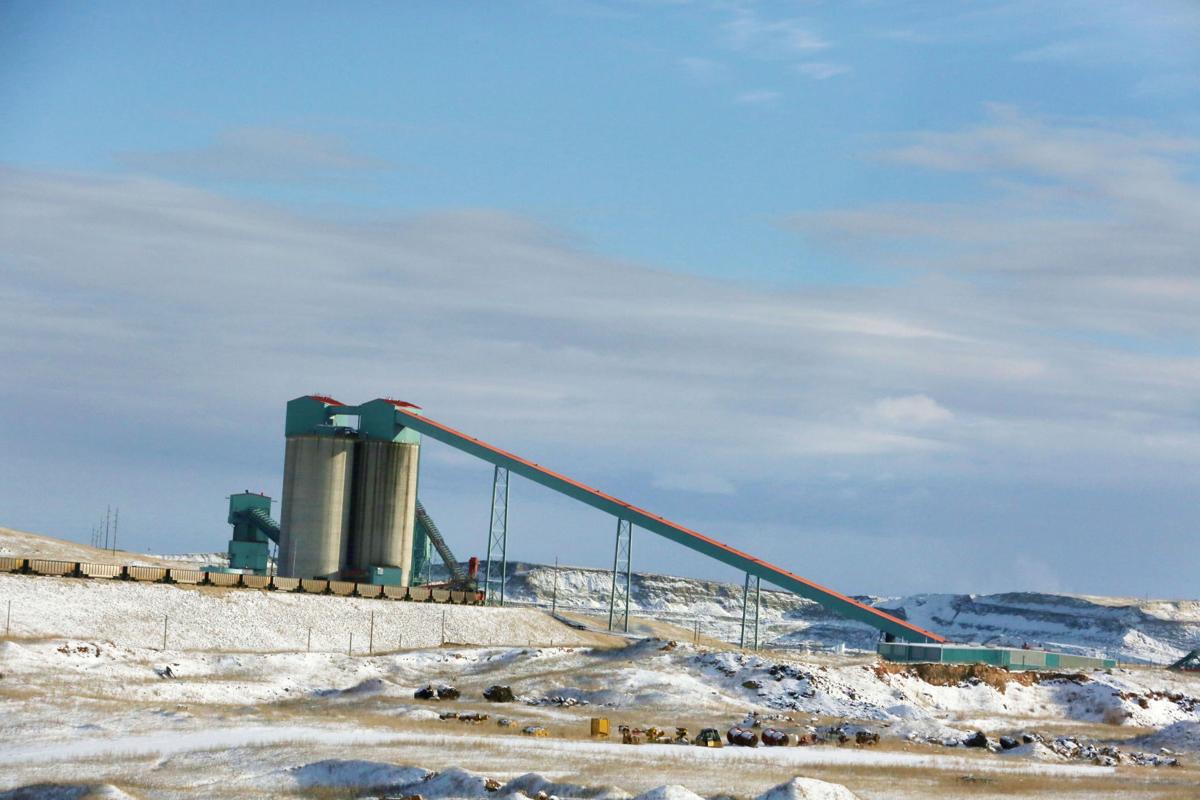 A coal train stops on the tracks in December at Eagle Butte mine in Gillette. 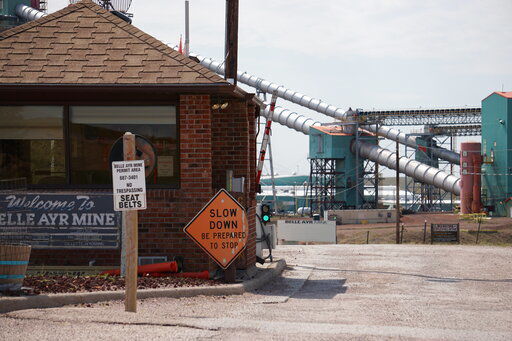 This Sept. 5 photo shows the entrance to the Belle Ayr Mine south of Gillette.

The infamous bankruptcy case involving coal firm Blackjewel failed to cross the finish line on Friday, after attorneys asked a federal judge for more time to resolve last-minute negotiations over an exit plan.

This isn’t the first time the federal judge overseeing the case has provided the insolvent company more time to formally exit bankruptcy. Negotiations over contested mining permits and outstanding debts not to mention disputes with Blackjewel’s former CEO Jeff Hoops, have caused the proceedings to drag on for nearly 19 months.

“There have been and continue to be productive discussions with a number of parties, including conversations with counsel for the Hoops parties,” Stephen Lerner, attorney for Blackjewel, said during testimony on Friday.

“We’re making good progress,” he added, noting a continuation of the hearing at a later date would “go (a long) way to resolving objections.”

The judge approved the adjournment of the confirmation hearing on Friday, scheduling a new hearing for March.

Nonetheless, U.S. District Court Judge Benjamin Kahn appeared frustrated at the lack of progress on the case during the hearing Friday morning. He believed the bankruptcy proceedings had dragged on for far too long, according to several comments.

The longer the bankruptcy case stays open, the more time and money it sucks from Blackjewel’s estate, the federal court and the hundreds of individuals with a stake in the proceedings. What’s more, environmental violations at several coal mines out east, which have been idle since Blackjewel filed for bankruptcy, continue to pose threats to public health and safety, according to testimony and court documents.

Blackjewel once operated the Eagle Butte and Belle Ayr mines in Wyoming’s Powder River Basin before falling into debt and declaring bankruptcy in the peak of the summer in 2019. The coal operator also temporarily shut down several mines out east at the same time. Nearly 1,700 miners were left out of work for months.

A new owner, Eagle Specialty Materials, now operates the Wyoming mines. But Blackjewel’s unresolved bankruptcy has slogged on, much to the chagrin of the new operator, creditors, regulators and miners.

In a sign the bankruptcy case was approaching a resolution, Blackjewel attorneys presented a plan for exiting Chapter 11 bankruptcy back in October. A bankrupt company must have a formal plan approved by the court before the case can conclude. The plan typically outlines how the company will settle creditors’ claims and tie up other lose ends. The court will convene again in March to consider the plan.

Meanwhile, the new owner of the two Wyoming coal mines, Eagle Specialty Materials, has yet to obtain the federal leases associated with the mine sites, along with several leases for coal sites out east.

According to Lerner, the attorney for Blackjewel, the parties were closing in on a solution on the permit and other outstanding liabilities.

“We are basically at the goal line,” Lerner said on Friday.

However, any agreement with Eagle Specialty Materials and the federal government would need final approval from the U.S. Department of Justice. That could take time, especially with the change in administration, a federal official said.

When Blackjewel filed for Chapter 11 bankruptcy in 2019, it owed the U.S. Interior Department over $50 million in royalty payments and additional fees for extracting coal at the Belle Ayr and Eagle Butte mines.

Though Eagle Specialty Materials has since taken over all operations at the mines, the federal government — and consequently American taxpayers — has yet to be paid.

According to a court order, Eagle Specialty Materials will be liable for all royalty payments associated with the pair of Powder River Basin coal mines for the period after Oct. 18, the date the company began operating the mines. Who will be responsible for the over $50 million in delinquent royalty payments racked up by Blackjewel before and shortly after the bankruptcy began remains uncertain.

— Wyoming’s long-held dream of exporting Powder River Basin coal from a West Coast terminal was recently dashed when the project’s owner filed for bankruptcy and failed to find an interested buyer.

— A new report published by Wyoming’s Economic Analysis Division last week showed the mining sector lost more jobs than any other sector late last year. The sector recorded 6,000 fewer jobs in November, a 29% decline from a year ago.

— Back in May, state experts predicted Wyoming could face a $1.5 billion revenue decline through June 2022 in light of the pandemic and downturn in energy. But dramatic cuts to the state budget, coupled with better-than-expected oil and coal activity over the past several months, has led state forecasters to cut the projected revenue shortfall in half.

— A new survey published by the Federal Reserve Bank of Kansas City earlier this month revealed a slightly rosier outlook for oil and gas activity heading into the new year, even with the coronavirus pandemic far from over.

— The U.S. Interior Department finalized a new rule on mineral royalty collection and penalties last week. The amendments change how oil and gas companies calculate royalty payments for minerals extracted from public land, saving companies an estimated $28.9 million in royalty payments on an annual basis. The new guidelines reverse the valuation rule put in place by the Obama administration in 2016, which sought to close “loopholes” in mineral royalty policies and increase the financial returns on federal land use.

— Although energy producers in Wyoming could face new regulatory hurdles under Biden’s watch, industry leaders and energy analysts also pointed to several ways that Wyoming could capitalize on the transition to a low-carbon economy, especially through the expansion of renewable energy.

— Sheridan Solar LLC received a vote of support from Sheridan County’s Planning and Zoning Commission earlier this month to construct a 20-megawatt utility-scale solar energy facility on a 163-acre area of land. The commission recommended approval of the county permit.

— French energy firm Total and 174 Power Global launched a joint venture to expand utility-scale solar facilities around the U.S., including one in Wyoming (via S&P Global).

— The Trump administration finished another review of a plan to rollback protections for sage grouse across seven states, including Wyoming. In 2019, a U.S. District Court blocked the changes due to insufficient analysis. But the U.S. Bureau of Land Management has stood by the plan, and released another environmental study to justify them late last year. Critics of the weakened protections say the plan likely won’t find much support from the Biden administration, and 2015 protections may remain.

“If you live in one of our energy producing counties, you know the struggles we face. If your job is related to energy, you know even better how calamitous these past few months have been.”

A federal judge also blocked a request from the former CEO of the company Jeff Hoops to liquidate the company this month.

The discovery comes as scientists around the world have been searching for ways to innovate and keep coal marketable.

The Interior Department said the proposed changes would ease the collection process to relieve industry of regulatory burdens and promote domestic energy development.

Energy Journal: Should the state confirm or deny a coal mine permit?

A group representing landowners has urged state regulators to deny the owner of the Eagle Butte mine near Gillette a permit renewal, due to its lack of federal leases.

"This is probably the most complex bankruptcy in the history of bankruptcy court," said Ned Pillersdorf, an attorney representing the approximately 1,700 coal miners.

A coal train stops on the tracks in December at Eagle Butte mine in Gillette.

This Sept. 5 photo shows the entrance to the Belle Ayr Mine south of Gillette.