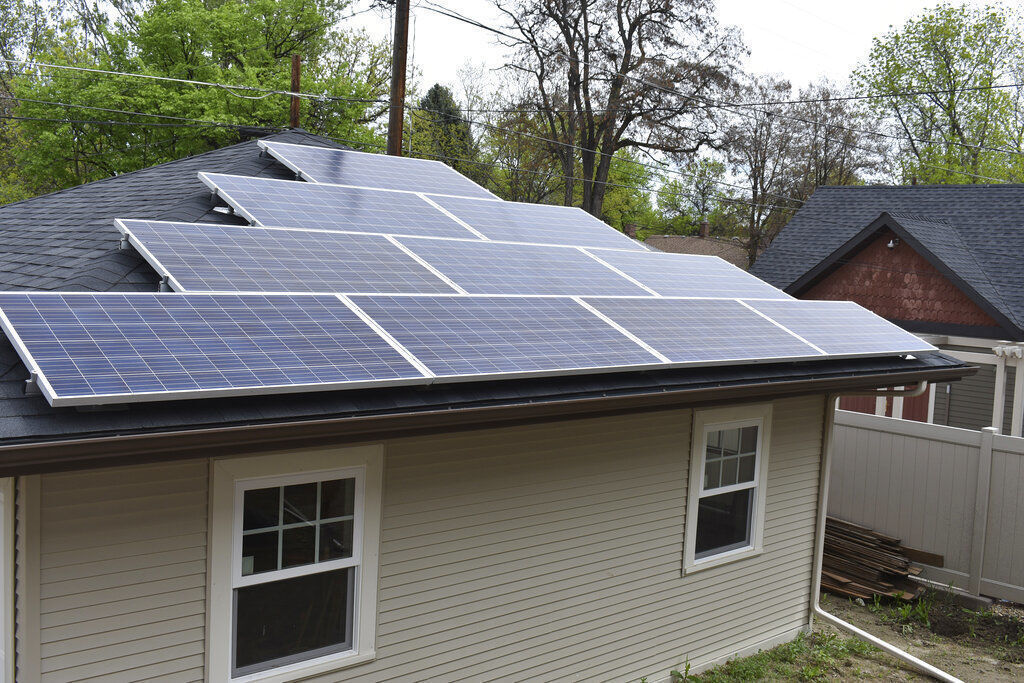 A garage with rooftop solar panels to generate electricity for a nearby house is seen in Billings, Montana last year. Wyoming lawmakers advanced a bill this past week to ask the Public Service Commission to amend how the state regulates residential solar or wind energy. 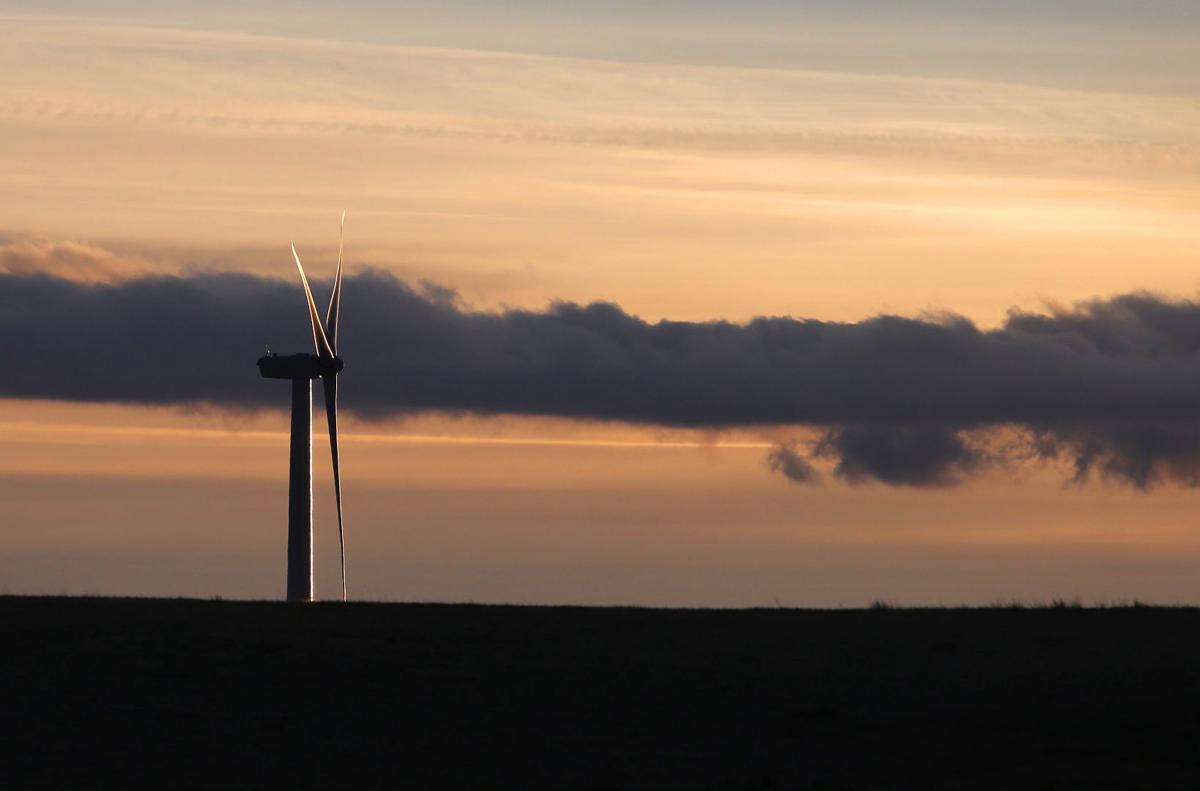 Wyoming lawmakers advanced a bill this past week to ask the Public Service Commission to amend how the state regulates residential solar or wind energy.

The bill was introduced on Wednesday during the third day of the Legislature’s Joint Corporations, Elections and Political Subdivisions Committee. The legislation prompts the Wyoming’s Public Service Commission — the state agency tasked with keeping electrical rates affordable and reliable for customers — to assess the state’s current net metering system.

Wyoming introduced a net metering system about two decades ago. It applies to small-scale energy generators, including Wyomingites who have chosen to install rooftop solar systems.

Some disgruntled lawmakers contend that by not paying the same amount of fixed fees as other ratepayers, independent solar generators fail to contribute their fair share of operating, maintenance and capital costs associated with utility infrastructure. That loss eventually shifts to utility ratepayers, or those who do not employ solar or other renewable energy sources, proponents of net metering reform say.

Yet, advocates for residential solar or backyard wind energy say the subsidy, if it does exist, is negligible. For small-scale electricity generators, any changes to the net metering rule could likely affect their payback period for solar installations.

To Wyoming’s budding solar industry, amending the statute could deter future solar customers. Some opponents went so far as to say it could kill the small-scale solar industry in Wyoming.

As drafted, the bill advanced in the committee Wednesday asks the Public Service Commission to “conduct public hearings and establish an appropriate system to regulate the rates, terms and conditions of customer-generators by all electric utilities for electricity produced from net metering systems first operational on or after July 1, 2021.”

But the bill didn’t come about in the typical sequence of events during Wednesday’s committee meeting.

In an eleventh-hour change, the committee trashed the initial bill draft that would have overhauled the state’s net metering statute and elected instead to replace it with new legislation entirely. The “substitute bill” punted the issue of net metering to the Public Service Commission.

“This is well within the commission’s expertise and ability,” said Chris Petrie, chief counsel for the Public Service Commission. “This will give the commission much more flexibility that would create a regime to prevent subsidies.”

Residents and businesses interested in installing solar power on a small scale would likely be the most affected by changes to the state’s net metering statutes.

The three hours of public comments expressed overwhelming opposition to any changes to the net metering statute. Many participants also bristled at the rushed change in proposals. Some called on lawmakers to instead find ways to encourage investment in low-carbon electricity sources to help address climate change.

The topic of net metering came up almost exactly one year ago in the same committee. Lawmakers drafted two bills to overhaul the state’s net metering system in November 2019, but they failed to advance to session.

The nation’s largest coal company published mixed results in its quarterly financial report released Monday, showing both losses and gains in its Powder River Basin coal operations as the COVID-19 pandemic continues to rock energy markets. Peabody Energy reported a 39% decline in revenue between July and September due in part to lower production volumes and weaker prices for exported coal. The third quarter report painted an uncertain future for its three thermal coal operations in the Powder River Basin, the nation’s epicenter for coal used to produce electricity.

But Peabody Energy also told the Star-Tribune it has no plans to exit the Powder River Basin. “We are committed to operating in the PRB — and in fact we believe have the best overall set of assets in the basin,” said Julie Gates, vice president of investor relations and communications. “Our PRB mines have done a tremendous job responding to challenging market conditions this year as demonstrated by our third quarter results.”

A team of researchers at the University of Wyoming inched closer to achieving its goal of permanently storing millions of tons of carbon dioxide underground last month when it launched into phase three of the project. The Wyoming Carbon Storage Assurance Facility Enterprise project, known as CarbonSAFE, involves a team of university scientists and industry professionals investigating how to permanently store carbon dioxide emitted from coal-based electricity generation facilities into deep geologic formations underground.

Gov. Mark Gordon launched an economic stimulus program on Wednesday to help the state’s ailing oil and gas industry recover from the economic collapse of energy markets fueled by the COVID-19 pandemic. The $15 million available to operators will come from federal coronavirus relief. The program aims to pump resources into well cleanup and finishing uncompleted oil and gas wells.

State regulators approved an energy company’s request to inject millions of gallons of oil and gas wastewater into an aquifer in central Wyoming. The Wyoming Oil and Gas Conservation Commission held a contested hearing to consider Aethon Energy’s application to dispose its produced water deep underground in the Madison and Amsden formations during a daylong session held virtually this past week.

A new rule designed to ease the number of drilling applications received by the state and level the playing field for oil and gas operators appears to be working as intended, recent data collected by the Wyoming Oil and Gas Conservation Commission shows. In December, the rule change went into effect. Between January and September, the commission received 2,226 applications to drill — an over 99% decrease compared to the same period last year.

The Legislature’s Joint Committee on Corporations, Elections and Political Subdivisions sent a bill to next year’s legislative session that would eliminate a three-year electricity tax moratorium available to new wind energy projects. The change would eliminate the three-year grace period from the $1 per megawatt hour electricity tax now available to wind facilities.

Several wildlife advocates and environmental groups have banded together to file a lawsuit against the Trump administration for lifting protections for gray wolves.

The Bureau of Land Management will open up 483,017 acres of public land for oil and gas leasing the week of March 15. Over 244,000 of those acres were previously deferred due to conflicts with sage grouse priority habitat.

— Gov. Mark Gordon, at a Friday press conference on the COVID-19 pandemic

A garage with rooftop solar panels to generate electricity for a nearby house is seen in Billings, Montana last year. Wyoming lawmakers advanced a bill this past week to ask the Public Service Commission to amend how the state regulates residential solar or wind energy.