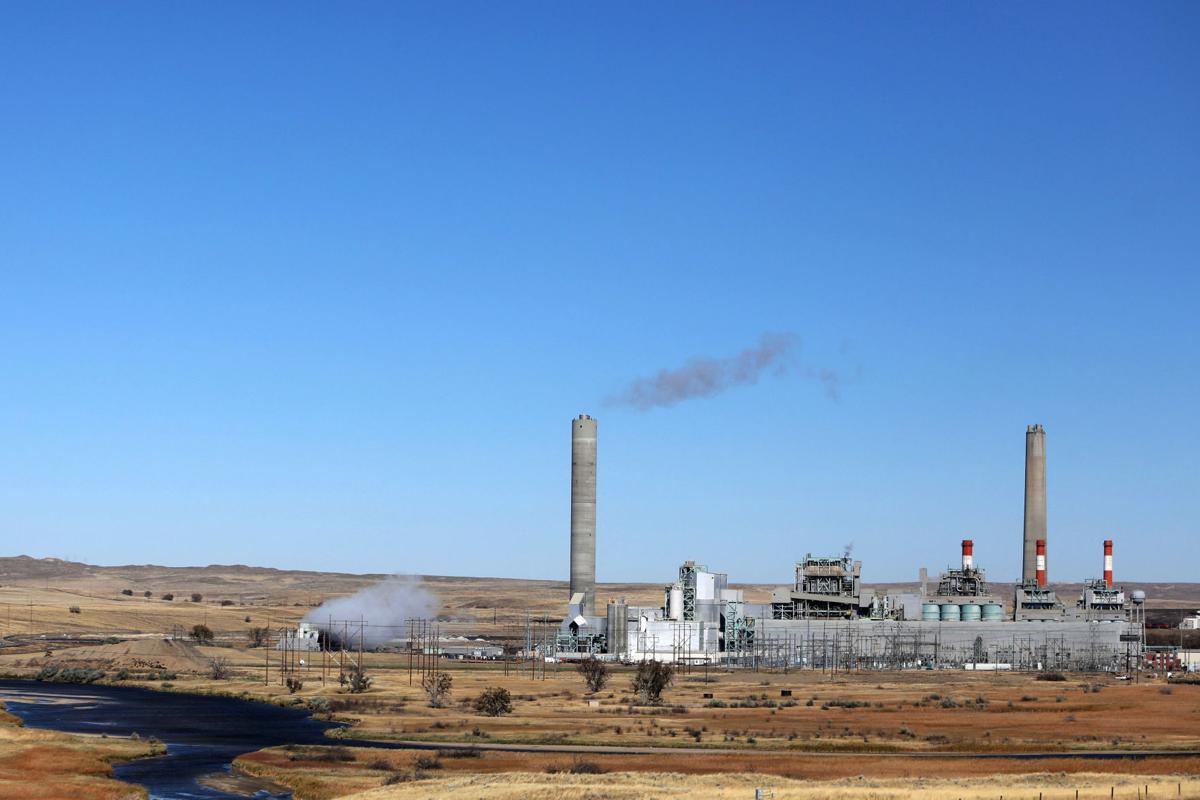 Dave Johnston power plant is seen in November 2019. The Public Service Commission issued its findings on an investigation into the state's largest utility on Thursday. 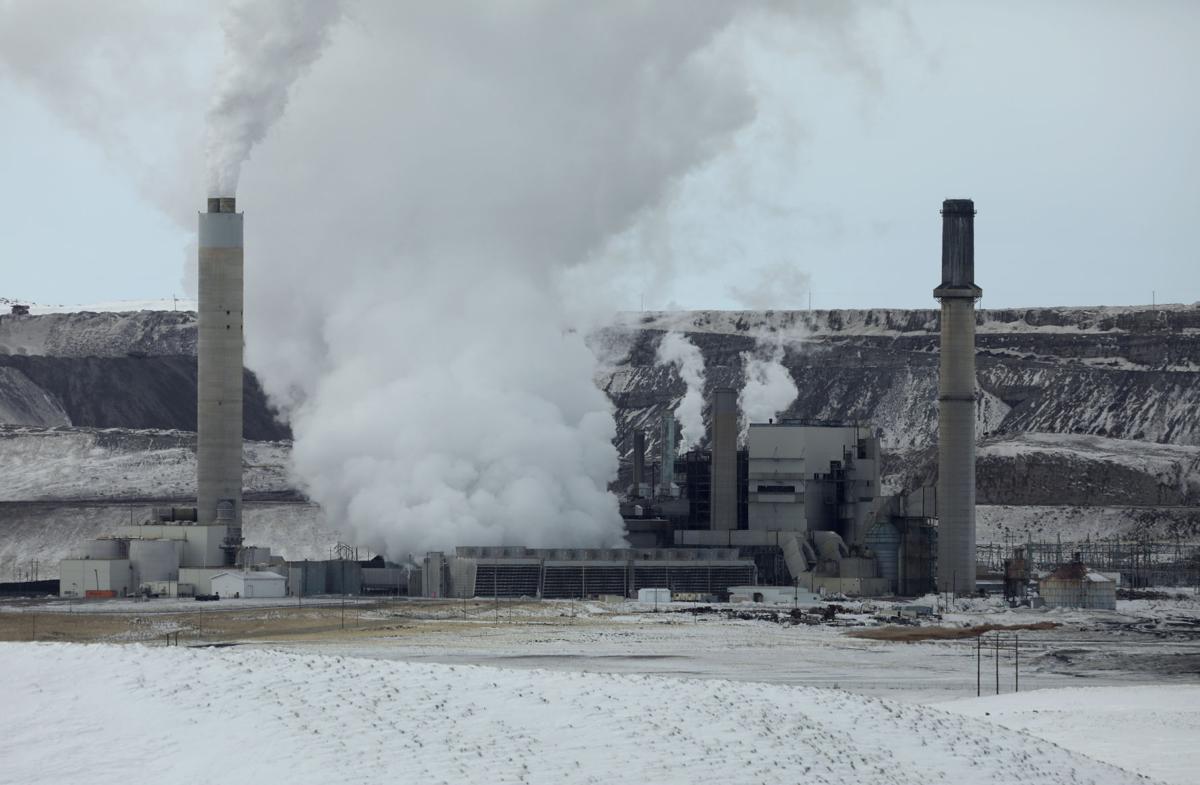 PacifiCorp's Naughton Power Plant is served by Westmoreland Coal Company's Kemmerer mine. Both are located just a few miles outside town. Under the utility’s controversial plan issued last year, two-thirds of PacifiCorp's national coal fleet will be retired by 2030.

Wyoming regulators deemed a utility’s plan for providing power to Wyoming ratepayers deficient on Thursday, when announcing the results of an investigation.

The Public Service Commission’s case against PacifiCorp, the state’s largest utility, began nearly one year ago, after the company announced it would invest in renewable energy and close down several coal-fired power plants to allegedly save customers money down the road.

Wyoming’s governor, lawmakers and industry groups balked at the idea of sunsetting the state’s top economic engines. So on Nov. 13, the state launched an investigation into PacifiCorp’s 2019 integrated resource plan — a document outlining the utility’s energy plans in its six-state service territory for the next two decades.

The commission announced the findings of its investigation on Thursday during public deliberations and issued several recommended directives for the company to potentially follow when producing another plan next year.

According to remarks provided by Chairwoman Kara Fornstrom, PacifiCorp’s plan failed to consider the “devastating” local and state economic consequences of retiring some of its coal fleet early.

Of particular note, the commission also urged PacifiCorp to “make a more meaningful effort” when evaluating the potential merits of carbon capture, sequestration and utilization technology.

PacifiCorp has long maintained the integrity of its 2019 integrated resource plan.

“We appreciated the commission’s comments on the PacifiCorp Integrated Resource Plan (IRP) this week,” a spokesman for PacifiCorp said in a written statement following the decision. “Our stakeholder process for the IRP is open to all interested stakeholders and we make every effort to be inclusive and responsive to all points of view in the development of the IRP. We will need some time to review the commission’s written determinations before we comment in detail.”

Commissioners also took time during Thursday’s deliberations to defend the investigation itself. The regulatory body is tasked with keeping the state’s public utilities in check. It ensures utility companies follow their strict mandate of keeping ratepayers’ costs low and power reliable.

“Given the tremendous changes resulting from the selected preferred portfolios generation mix and the potential effect on Wyoming consumers, as well as the dramatic and devastating impacts to Wyoming communities, an investigation was our best tool to examine whether Rocky Mountain Power’s (the branch of PacifiCorp operating in Wyoming) preferred portfolio represents the most reliable, least-cost, least-risk option,” said Mary Throne, deputy chairwoman of the commission.

“Initiating the investigation was well within our broad authority within our statutes, and really necessary, as I said, given the dramatic change,” Throne added.

Under the utility’s controversial plan issued last year, two-thirds of PacifiCorp’s national coal fleet will be retired by 2030, including units at Naughton in Kemmerer, Jim Bridger near Rock Springs and Dave Johnston in Glenrock. In turn, the company would invest in the expansion of renewable energy, battery storage and transmission infrastructure. But shuttering several of the state’s coal plants would be catastrophic for communities deeply dependent on the facilities for jobs and economic activity, critics of the plan said.

When a utility files an integrated resource plan, the commission often accepts it after scrutinizing it during a public comment period. But the commission does have the authority to instigate an investigation or hold a contested case proceeding, and it has done so in the past. Over the course of several months, the commission held multiple technical conferences and hearings to investigate the integrity of PacifiCorp’s plan.

The commission did not render a final decision on whether it would accept PacifiCorp’s 2019 integrated resource plan and will announce it at a future hearing.

In addition to defending the basis for the investigation, Fornstrom also took time to address “the criticism” from “both pleadings and the press” that the commission received for initiating the investigative proceedings in the first place.

It’s true. There has been substantial coverage stirred by this investigation.

Skeptics of the investigation bemoaned the substantial resources and time the rigorous inquiry required. Some said it would lead the commission astray from its decades-old mission. Others worried the commission’s directives could end up costing ratepayers more later on (for instance, if it required PacifiCorp to slow down its investment in renewable energy in favor of keeping Wyoming coal plants running with carbon capture). Defenders of the investigation had worthy concerns too: PacifiCorp had a responsibility to consider the impacts its plan had on communities who have kept the coal plants running for generations, they said.

In my eyes, the heated debate generated throughout this extended investigative process was warranted and vital, especially given the crossroads Wyoming sits at. As the state grapples with how to adapt to the new ways the nation uses power, ample time for residents’ and stakeholders’ comments, not to mention press coverage, are vital components of this public process. In the coming weeks, I will be reporting more on the details of the order, and what it could mean for the state.

If nothing else, this debate can ensure both state regulators and public utilities are best serving ratepayers, and most importantly, the next generation of Wyomingites inheriting the decisions we make today.

A lawsuit filed by Wyoming against the state of Washington over a blocked coal export terminal may still have a chance in court. In the latest development in the proceeding, the U.S. Supreme Court invited the acting solicitor general to file a brief to express the position of the federal government on the case. The lawsuit alleges the state of Washington unconstitutionally stopped the development of a proposed coal export terminal that could have helped transport Wyoming coal to global markets.

In a visit to Casper last week, William Perry Pendley told the Star-Tribune he is continuing to lead the Bureau of Land Management, despite a federal court ruling he must do otherwise. Pendley’s choice to defend his role managing 245 million acres of the nation’s surface land comes just weeks after a federal court in Montana declared Pendley had “served unlawfully as the Acting BLM director for 424 days.” The decision effectively enjoined him from acting in a director capacity, according to court documents. The Trump administration is appealing the decision.

The Wyoming Department of Environmental Quality ultimately chose to essentially retain the previous discharge water flow, or pollutant load, limits in the permit renewed for Aethon Energy, due to the lack of a functioning water treatment unit at the site. The final permit effectively blocks the company’s plan to release higher volumes of waste water if it expands operations at the Moneta Divide.

The Government Accountability Office serves as the “investigative arm of Congress,” conducting nonpartisan, independent research. In a report, published Tuesday, it scrutinized the federal government’s management of the temporary aid program for oil and gas, concluding the execution of the relief was “inconsistent” across state field offices. The lack of uniform coordination nationwide led to “forgone revenues” and “unknown benefits,” the report concluded.

The precarious state of one of the world’s most powerful industries has led some lawmakers, energy analysts and members of the public to worry about the fate of the nation’s oil and gas wells. Many have called on oil producing states to bulk up bonding requirements to ensure these sites don’t become financial and environmental liabilities. Meanwhile, oil and gas regulators here maintain they are well prepared for cleaning up any and all orphan wells.

Building a wind farm in Wyoming isn’t easy. Developers must go through a maze of regulatory hurdles at multiple levels of government before even breaking ground. But 2020 has been a big year for the growth of wind energy in Wyoming, with hundreds of new megawatts of wind capacity coming online and new projects launching along the way.

President Donald Trump declared a national emergency by executive order this month, asserting the country’s dependence on other nations for the supply of dozens of minerals posed an “unusual and extraordinary threat” to national security and the economy. The executive order takes measures to boost domestic production and strengthen supply chains of 35 critical minerals, including uranium, vanadium and rare earth elements, among several others.

Critical fire conditions persisted throughout last week as crews worked around the clock to combat the Mullen Fire in southeastern Wyoming. The fire has become one of Wyoming’s biggest blazes in recent memory.

“I have not been ousted. That is not true.”

— William Perry Pendley, the Bureau of Land Management’s deputy director of policy and programs, during an interview with the Star-Tribune on Thursday

As government spending is cut to the bone, Wyoming is spending millions to promote coal. Will it pay off?

The state's $3.45 million investment in promoting coal, if successful, could have a huge bang for its buck. But some wonder if it's a wager Wyoming can afford to make.

The investigation centered on the question of what role, if any, the state’s Public Service Commission should have in protecting the Wyoming coal communities that have reliably powered the nation for decades.

Dave Johnston power plant is seen in November 2019. The Public Service Commission issued its findings on an investigation into the state's largest utility on Thursday.

PacifiCorp's Naughton Power Plant is served by Westmoreland Coal Company's Kemmerer mine. Both are located just a few miles outside town. Under the utility’s controversial plan issued last year, two-thirds of PacifiCorp's national coal fleet will be retired by 2030.