Virus update: US moves toward broader promotion of masks. Here's what else happened today.

A federal judge in Houston has ruled that the sale of a troubled coal mine in Kemmerer can move forward, several months after a previous sale to a Virginia millionaire fell apart.

In an order filed last week in the Southern District of Texas, Judge David R. Jones granted the sale of Kemmerer mine to a group of secured lenders, a significant development for the mine and a community that has grappled with its future since the mine’s owner — Westmoreland Coal — declared bankruptcy in October.

The news comes after multiple entities — including the U.S. Department of the Interior — filed objections in federal court nearly two weeks ago over a number of complications stemming from the company’s bankruptcy declaration earlier this year.

The same court approved the mine’s sale to Virginia venture capitalist Tom Clarke in March. However, that sale fell through after a dispute with the creditors of the mine’s ownership, Clarke told the Star-Tribune last month. 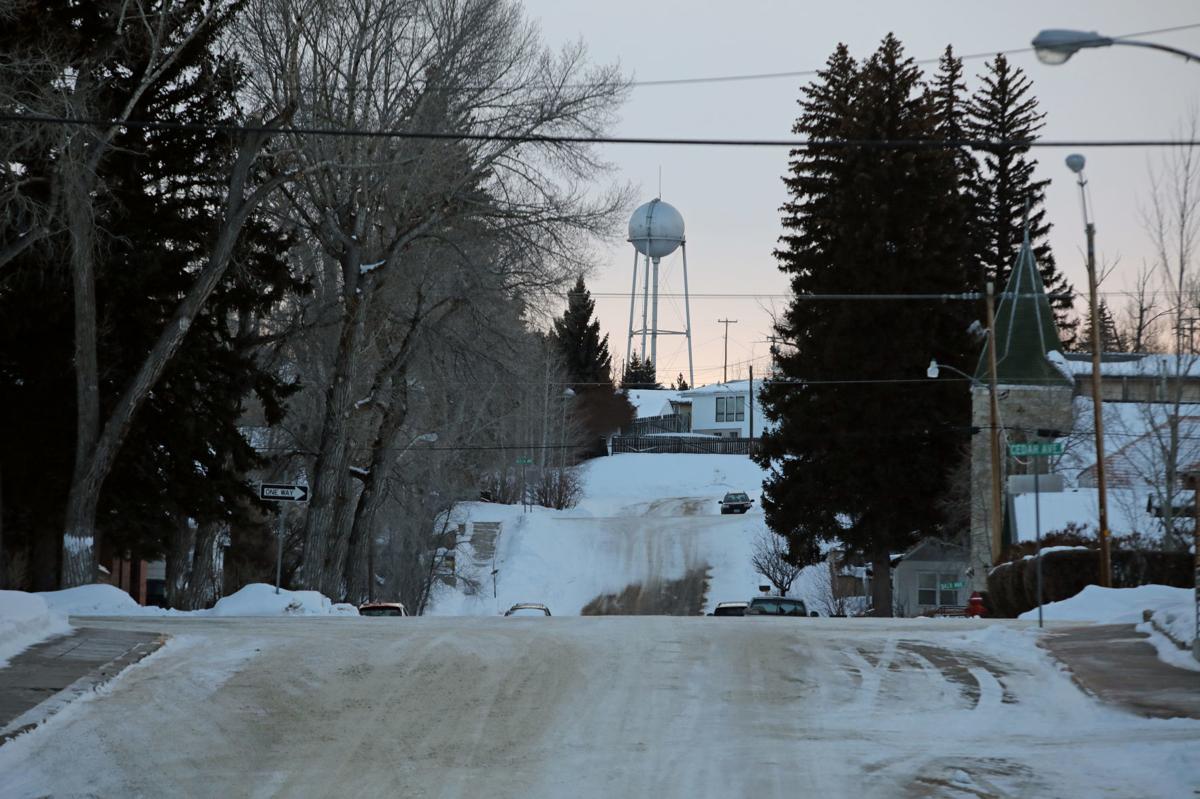 A water tower stands above Kemmerer on Feb. 11. Much of the city is built on a hillside that slopes down to the Hams Fork River. 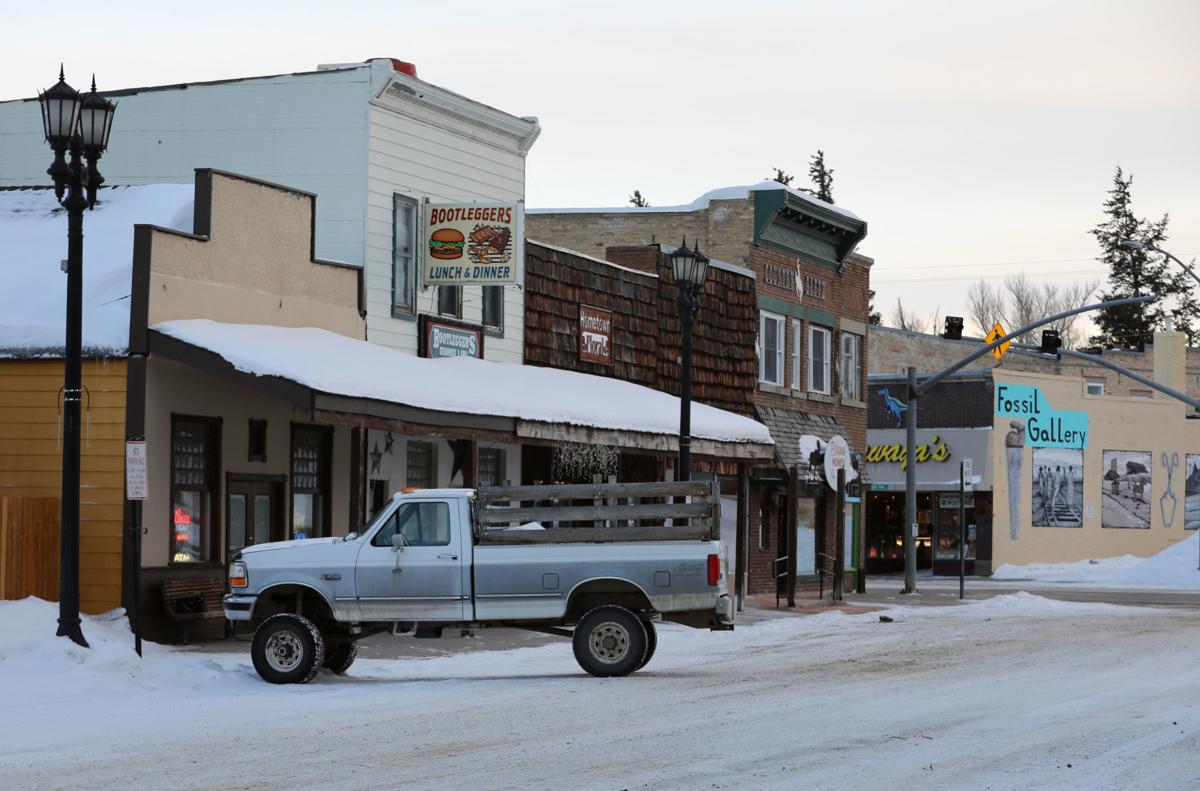 A pickup parked along Kemmerer's central square on Feb. 11. While Kemmerer and its sister community Diamondville are quiet, out-of-the-way towns, the coal mine and PacifiCorp's Naughton Power Plant provide a solid base of dependable, good-paying jobs. 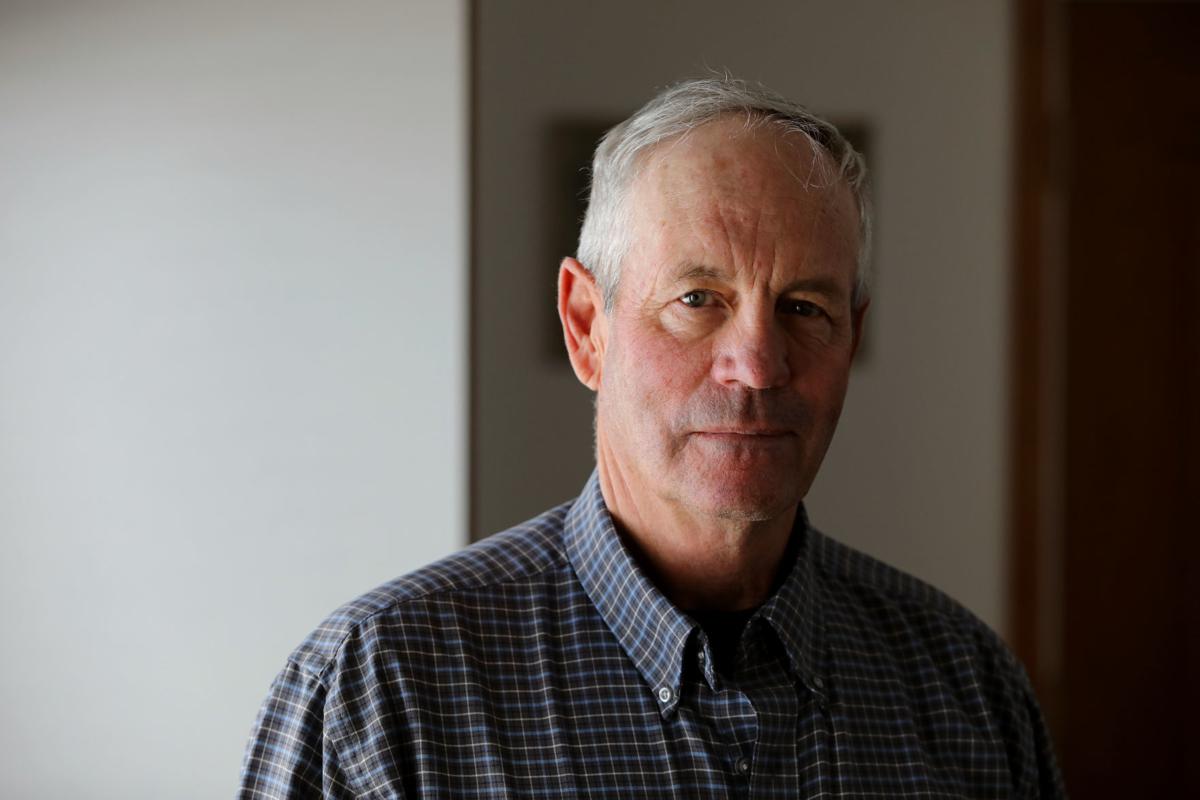 Larry Gunter stands for a portrait Feb. 12 at his home in Kemmerer. Gunter worked at the Kemmerer Mine from 1971 until his retirement in 2018, and spent most of his career on the blasting crew. His father, uncles, cousin and brother all worked for the mine and his sister is still on the job. Gunter expected his 46 years of labor would guarantee him a pension and health care for the rest of his life. 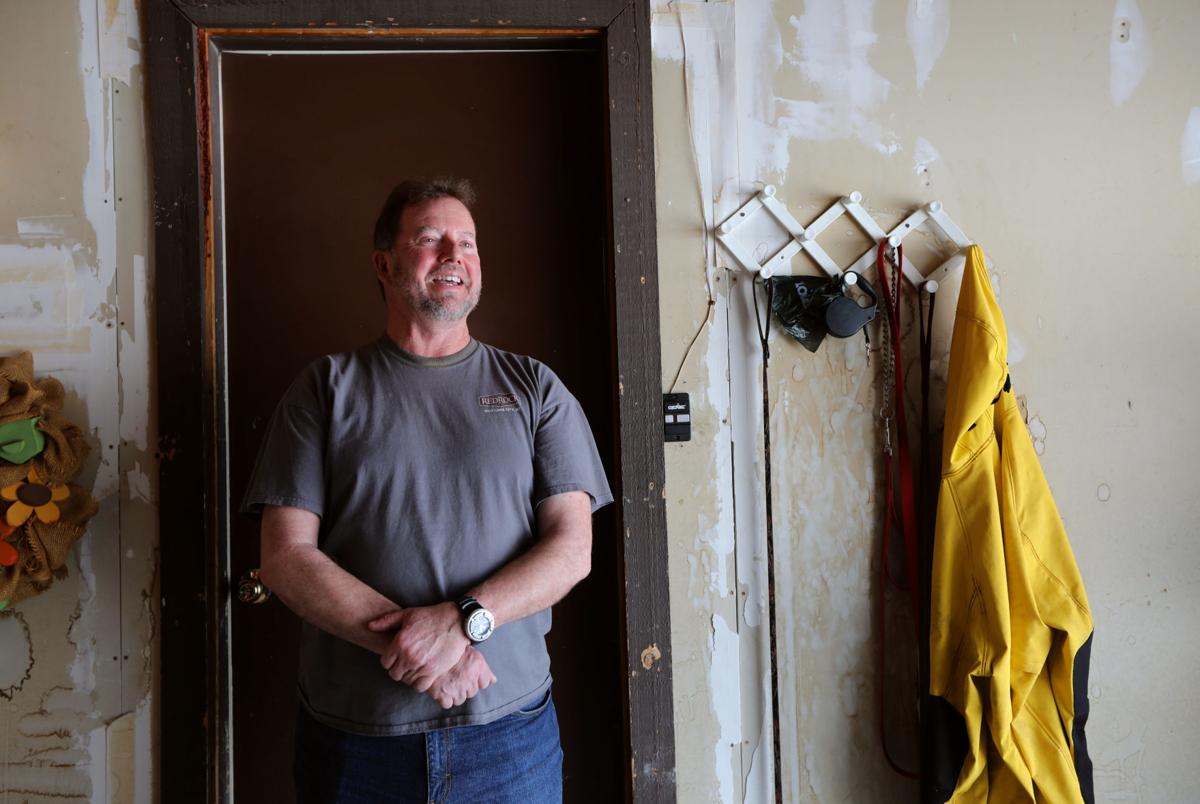 Larry Hinton stands in the garage Feb. 12 at his home in Kemmerer. Hinton retired last year from the Kemmerer mine where he had worked since 1976, primarily as a field mechanic. Like other Westmoreland Coal retirees and their spouses, he and his wife are all but certain of losing their health benefits. Hinton planned to fill his retirement with hunting, fishing, scuba diving and travel, but said he may need to go back to work to afford health insurance. 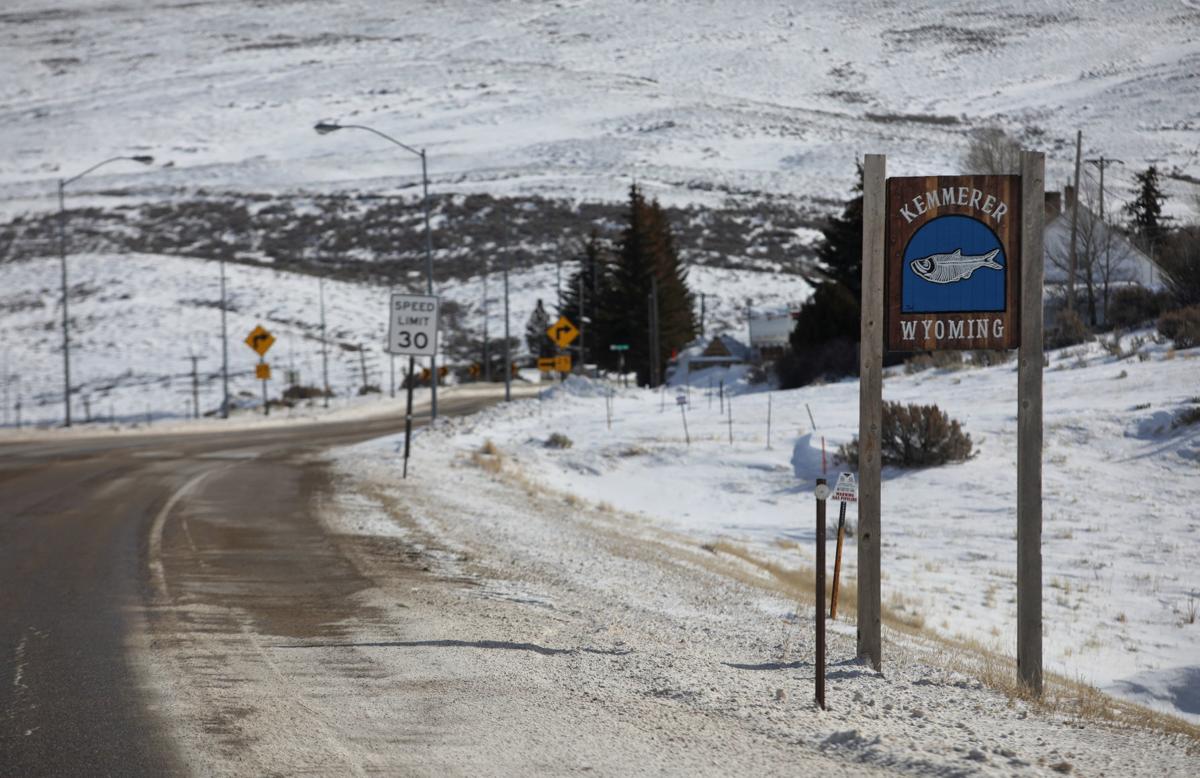 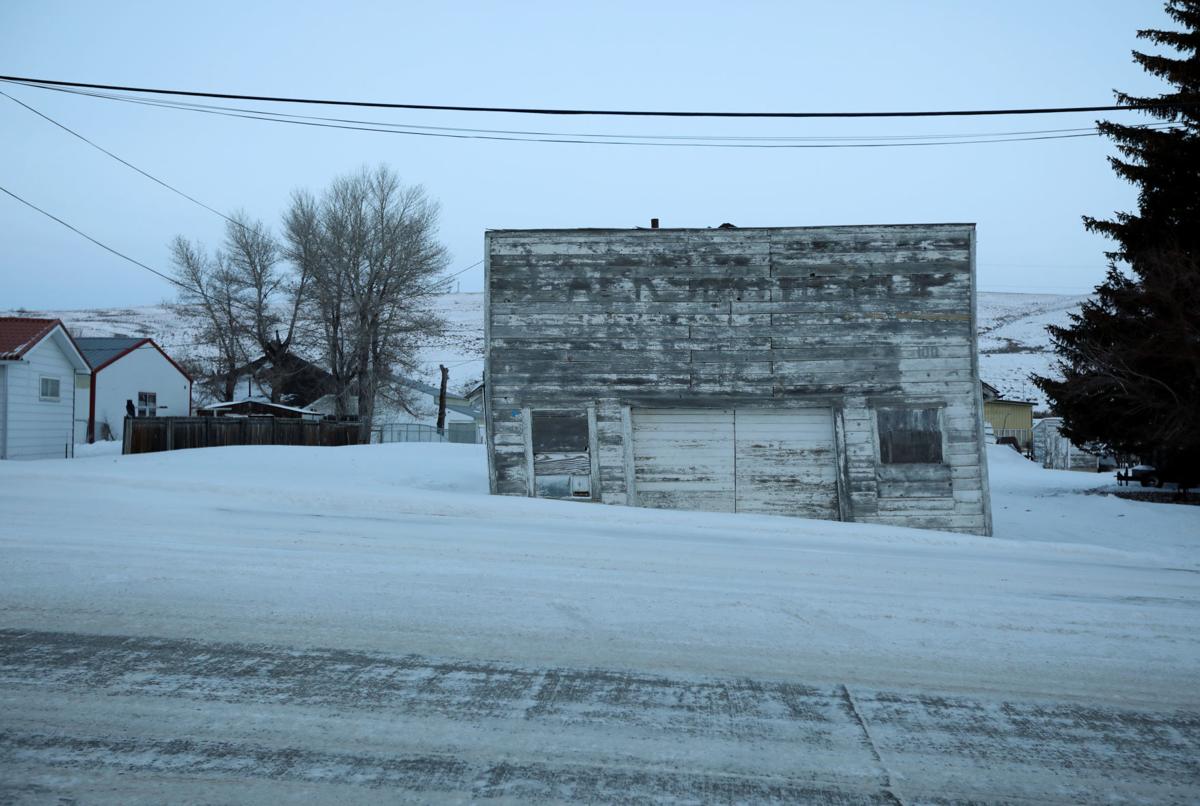 A boarded-up former storefront on Diamondville's main drag pictured the evening of Feb. 11. Like Kemmerer, the town popped up in the late 1890s to provide homes for coal miners. 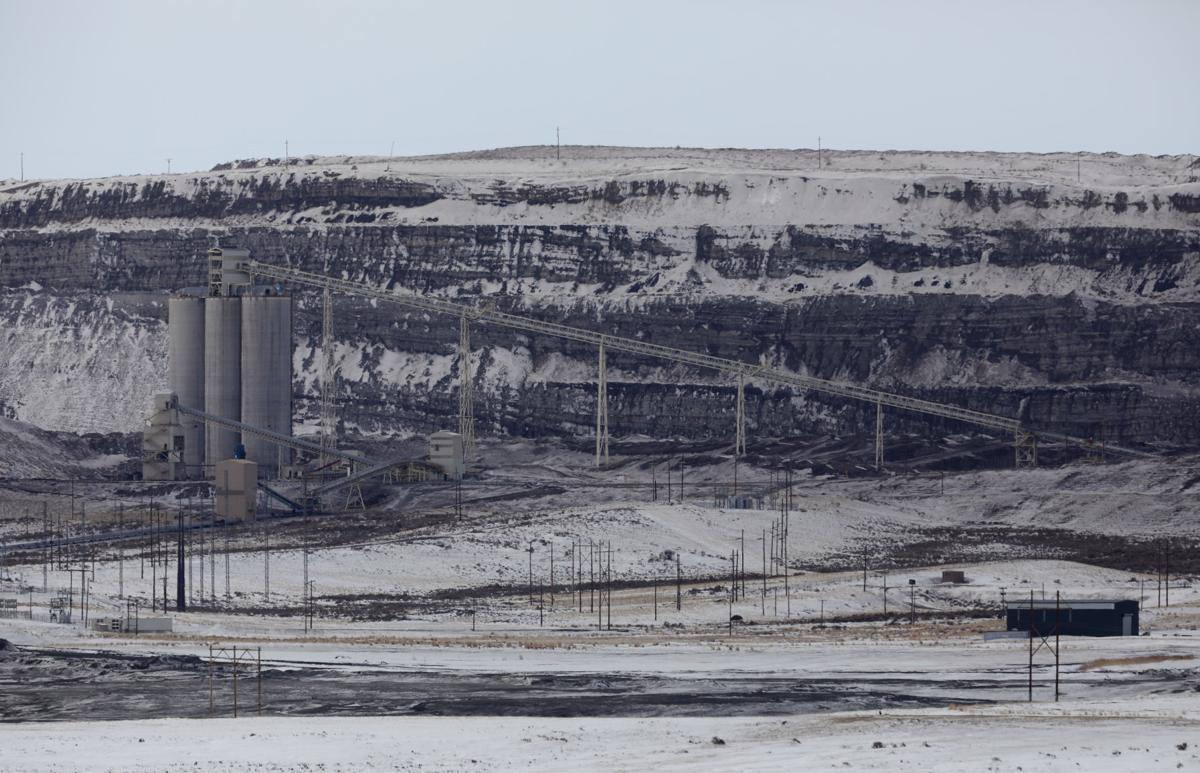 Westmoreland's Kemmerer Mine is pictured Feb. 12 in Lincoln County. Coal has been mined in the area since the 1800s. The current open-pit mine opened in 1950. 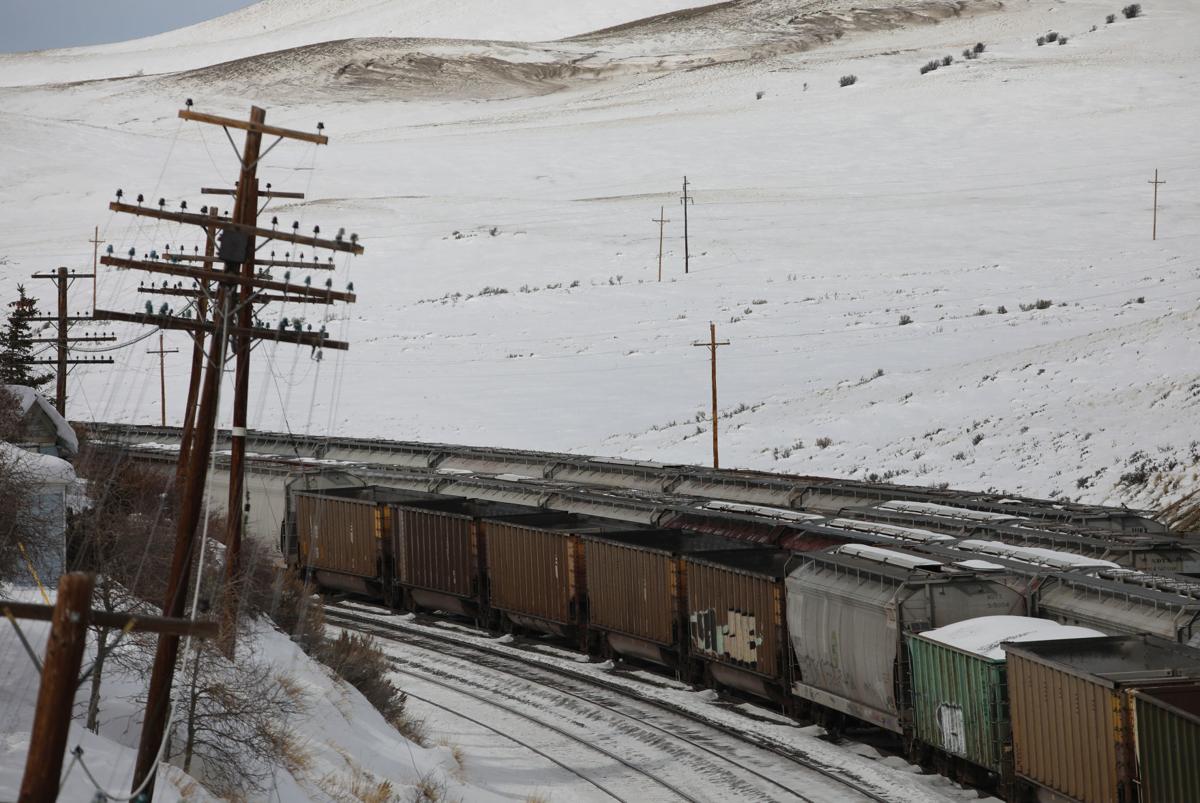 Train cars sit on tracks running through Kemmerer on Feb. 12. 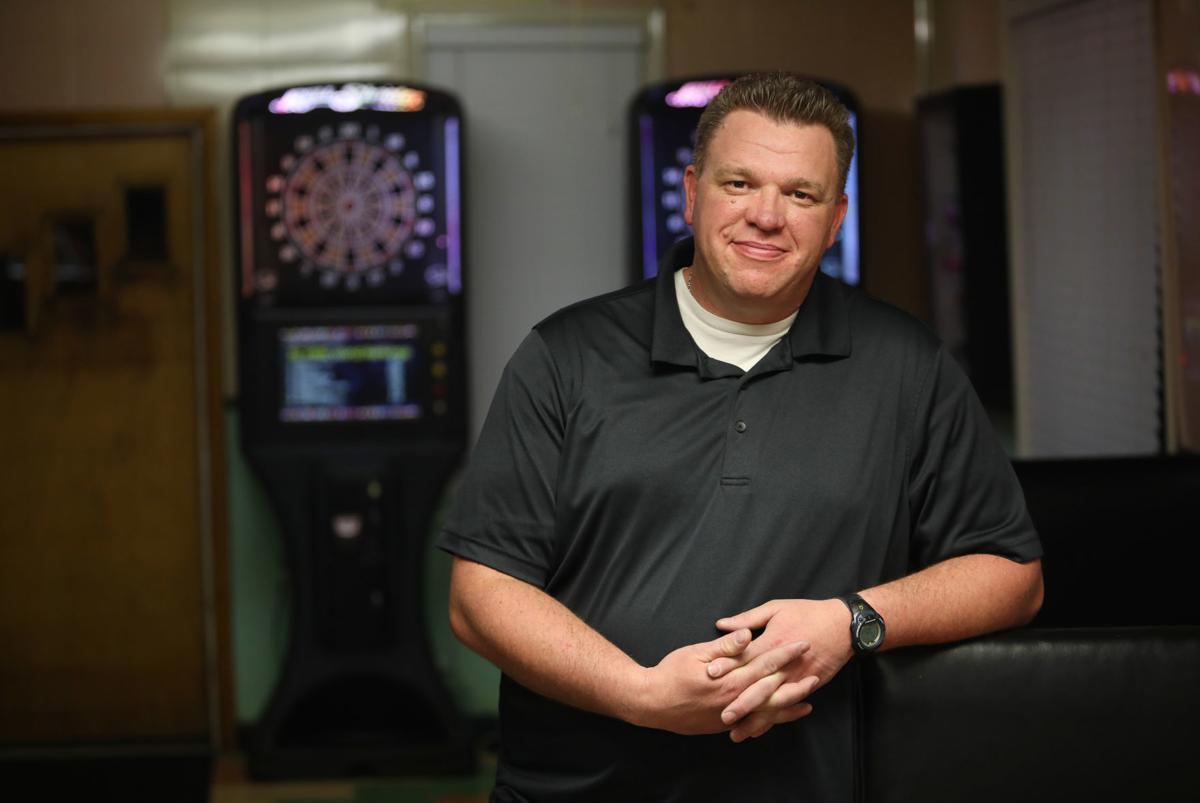 Cullen Pace, a worker at the Kemmerer mine who lives with his family in Randolph, Utah, stands for a portrait Feb. 11 at Rosie's bar in Diamondville. 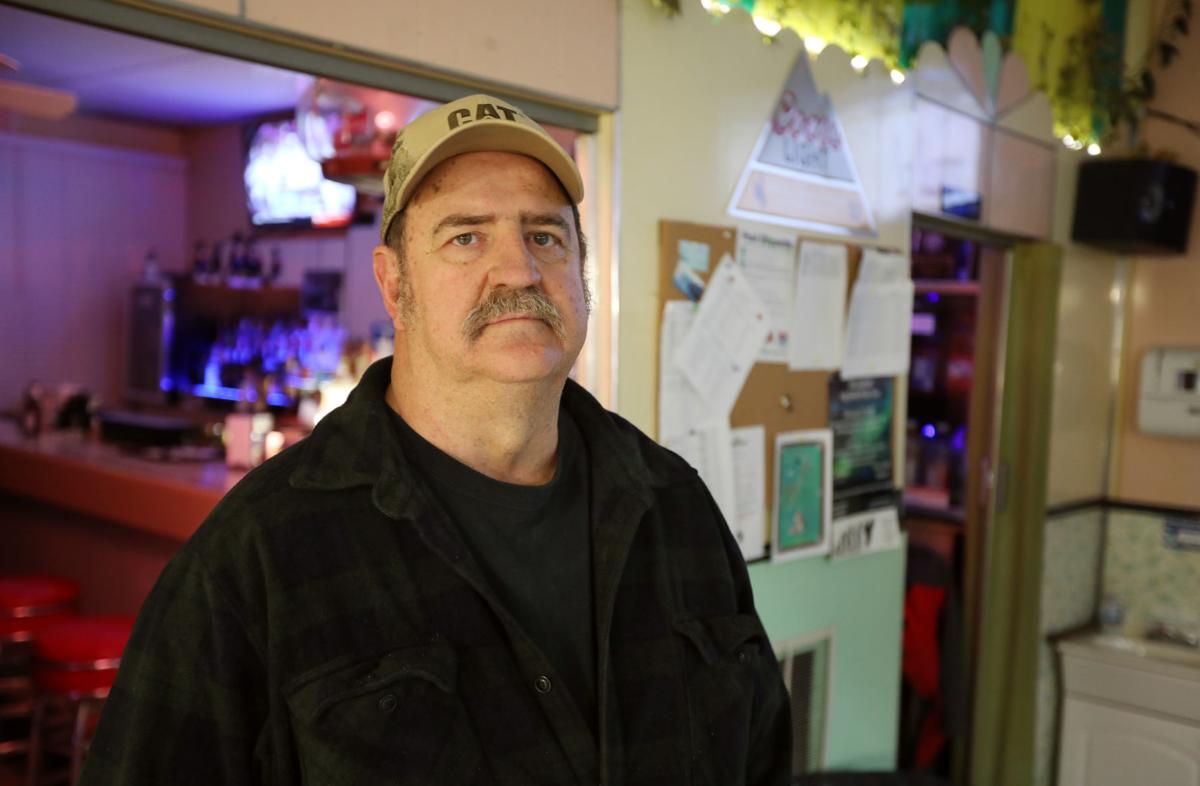 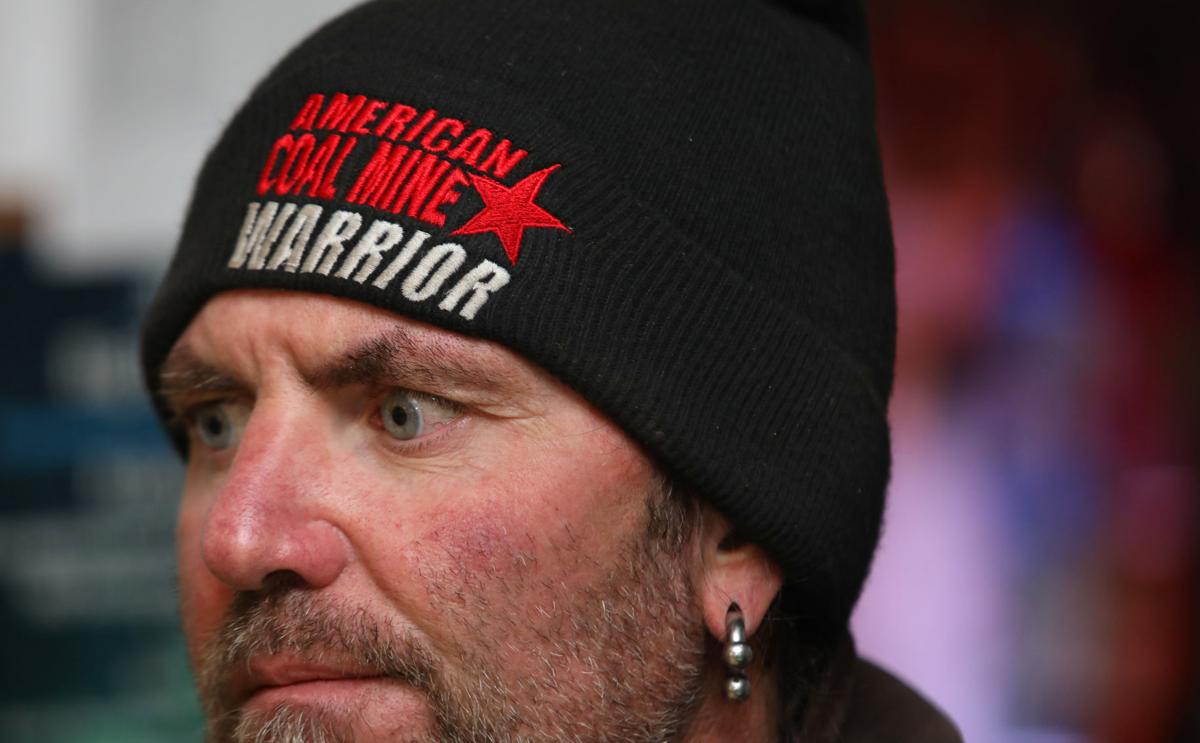 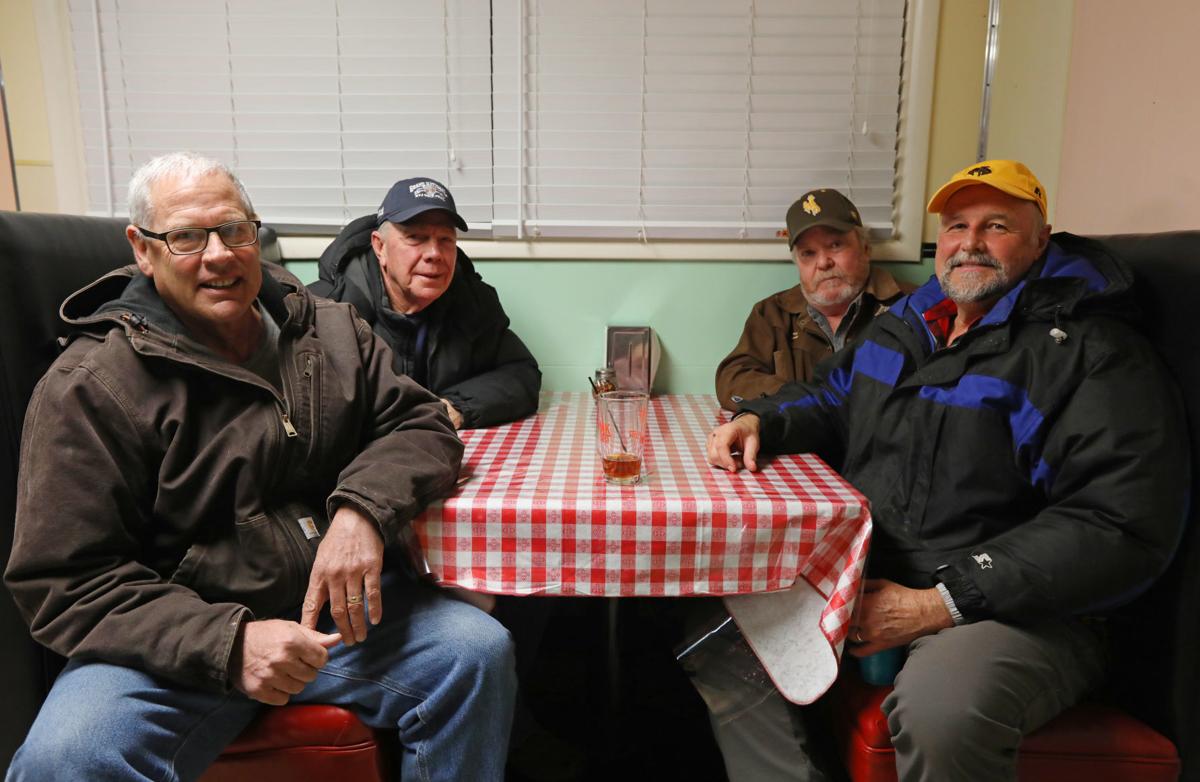 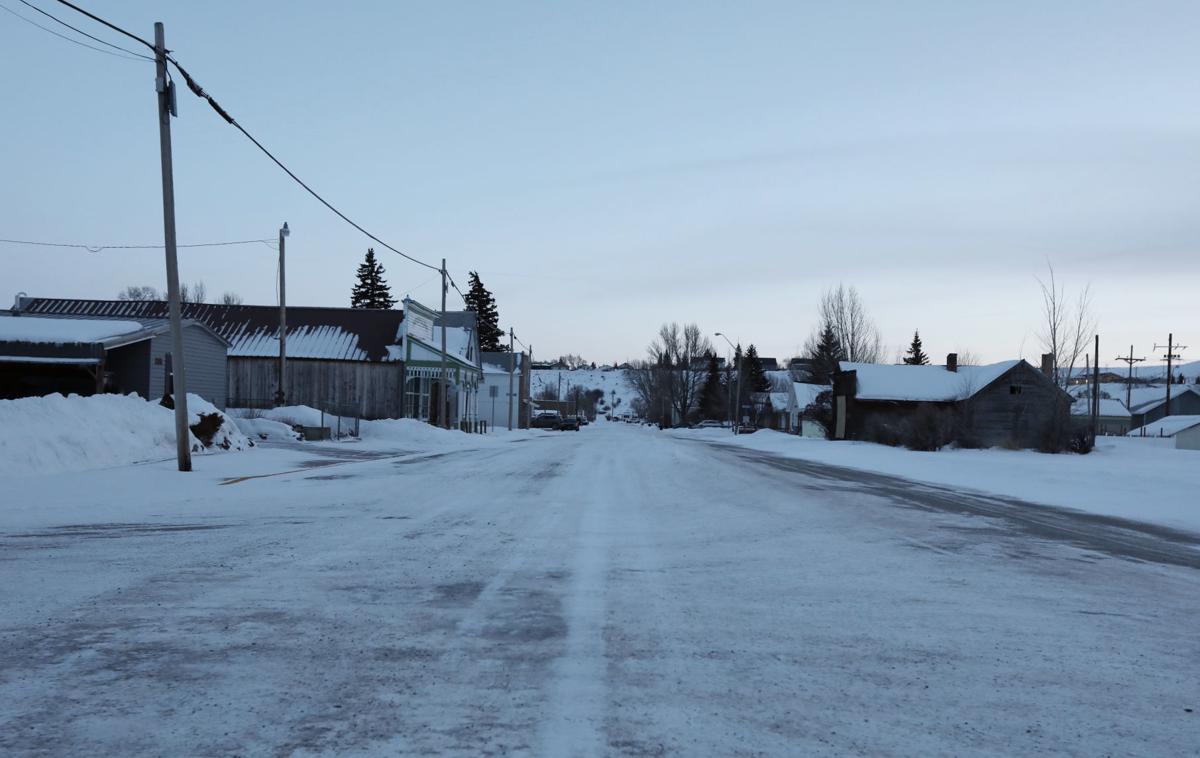 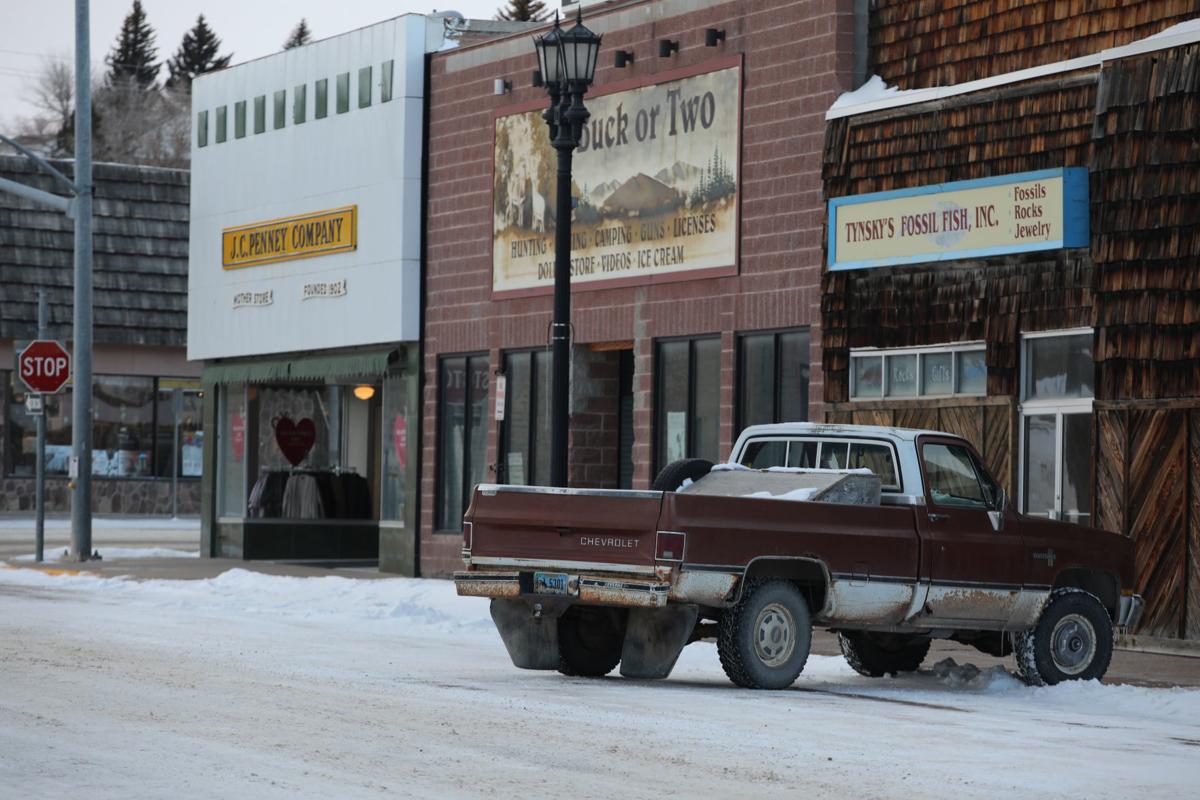 A pickup parked on Kemmerer's old town square on Monday, Feb. 11, 2019. The original J.C. Penney Company store is at left. 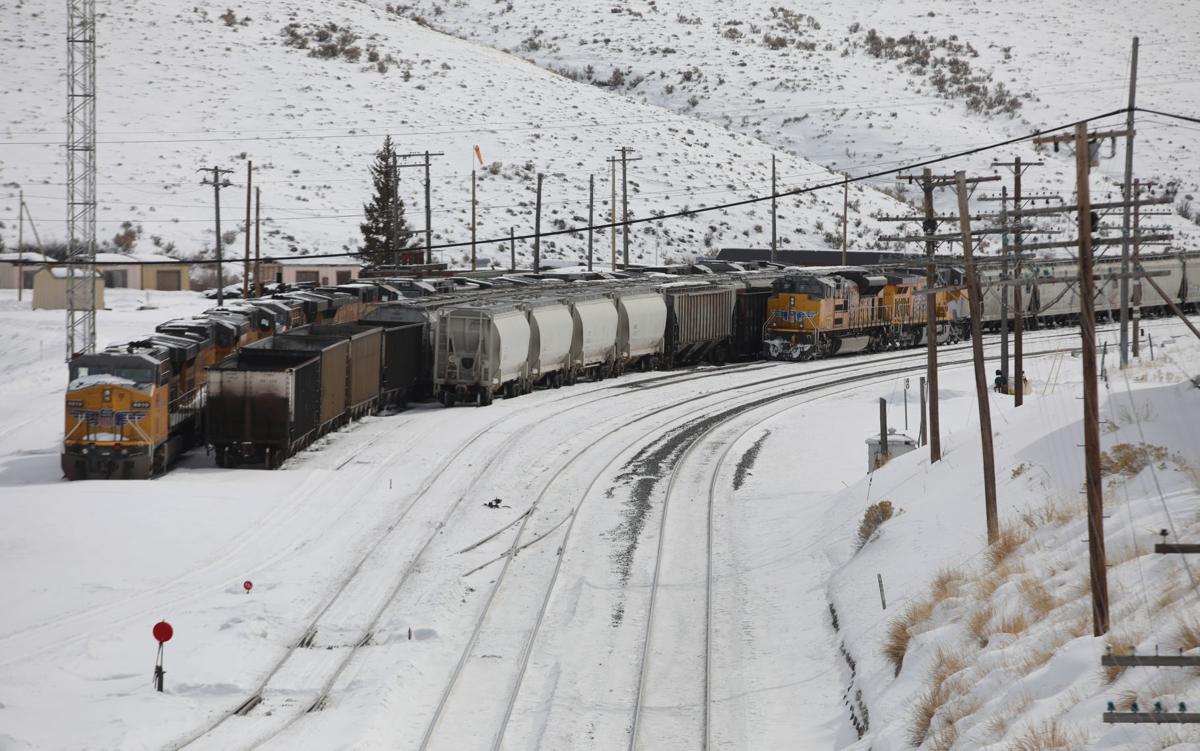 Locomotives and rail cars sit on tracks running through Kemmerer on Tuesday, Feb. 12, 2019. 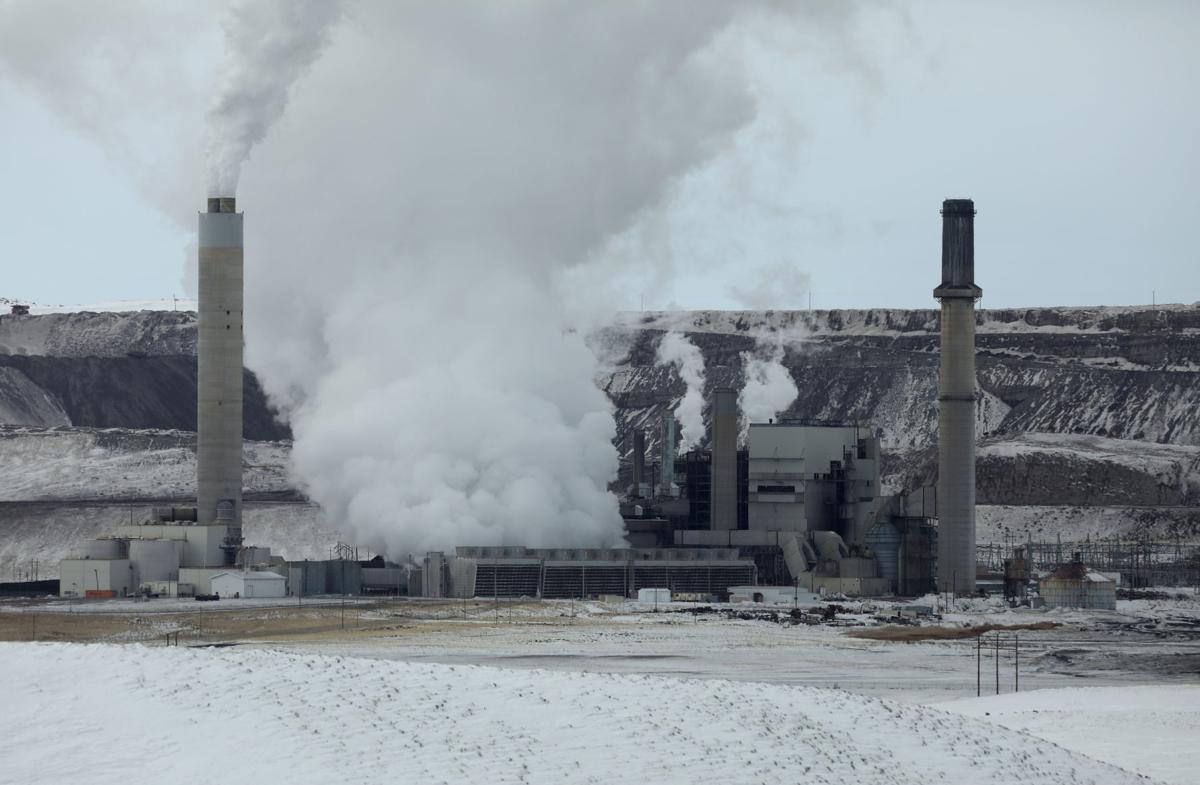 PacifiCorp's Naughton Power Plant is served by Westmoreland Coal Company's Kemmerer mine. Governor Mark Gordon has expressed concern over Rocky Mountain Power's consideration of shuttering some coal-fired power plants in Wyoming over the next 4 years. 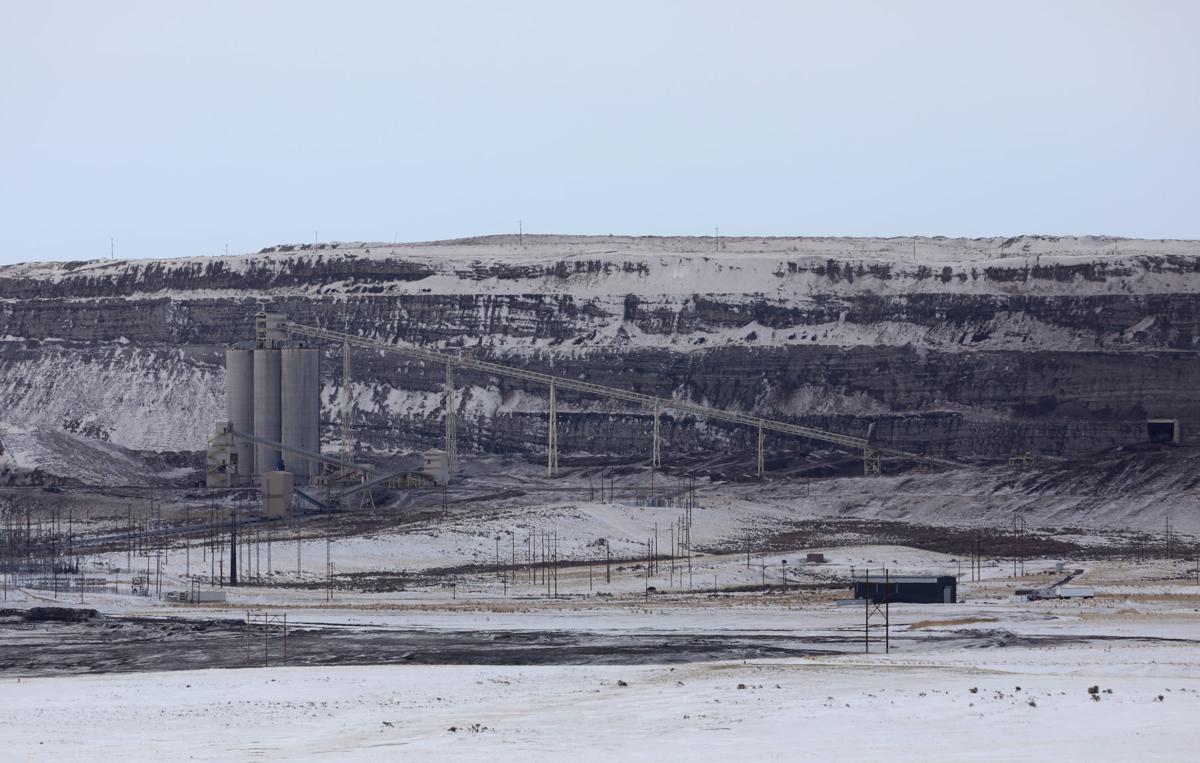 Westmoreland's Kemmerer Mine pictured Tuesday, Feb. 12, 2019 in Lincoln County. Coal has been mined in the area since the 1800s. The current open-pit mine opened in 1950. 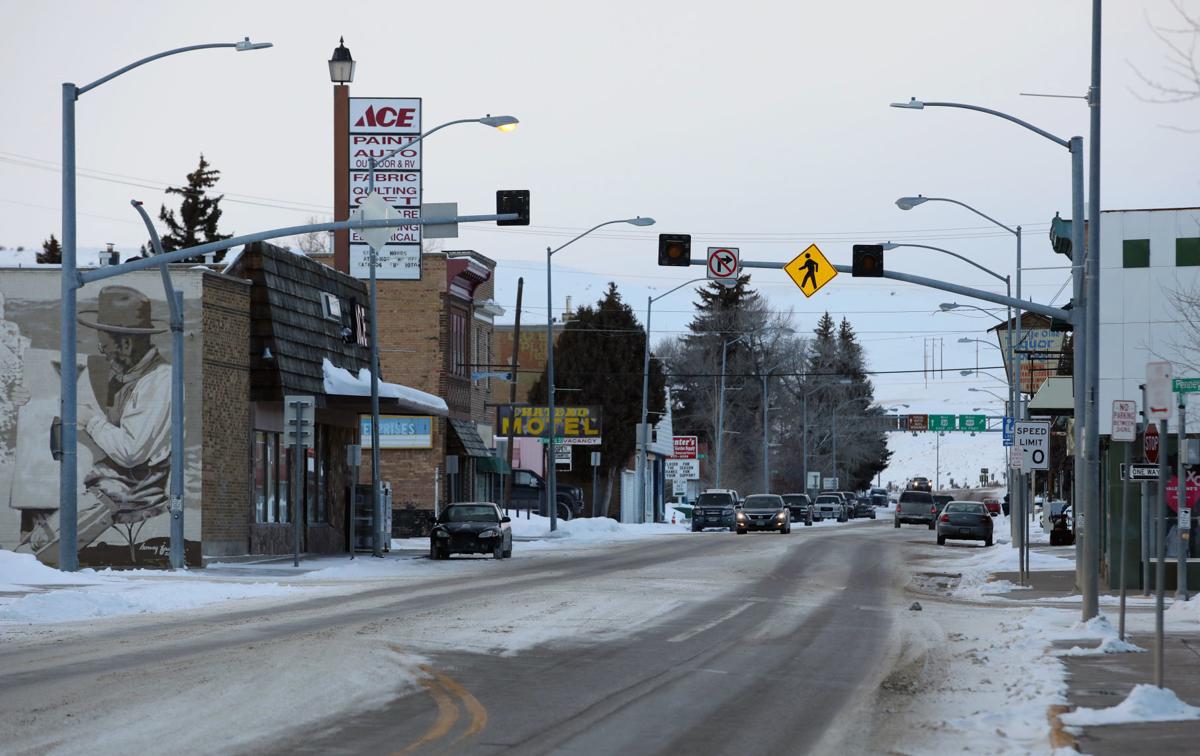 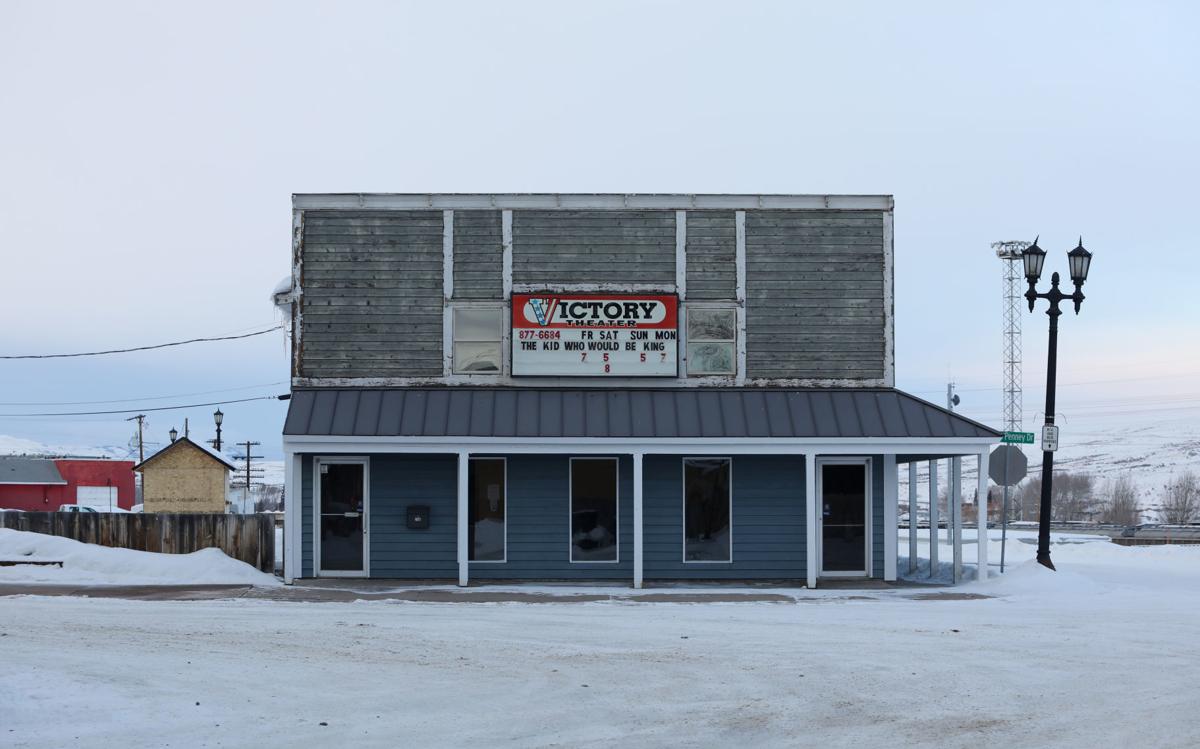 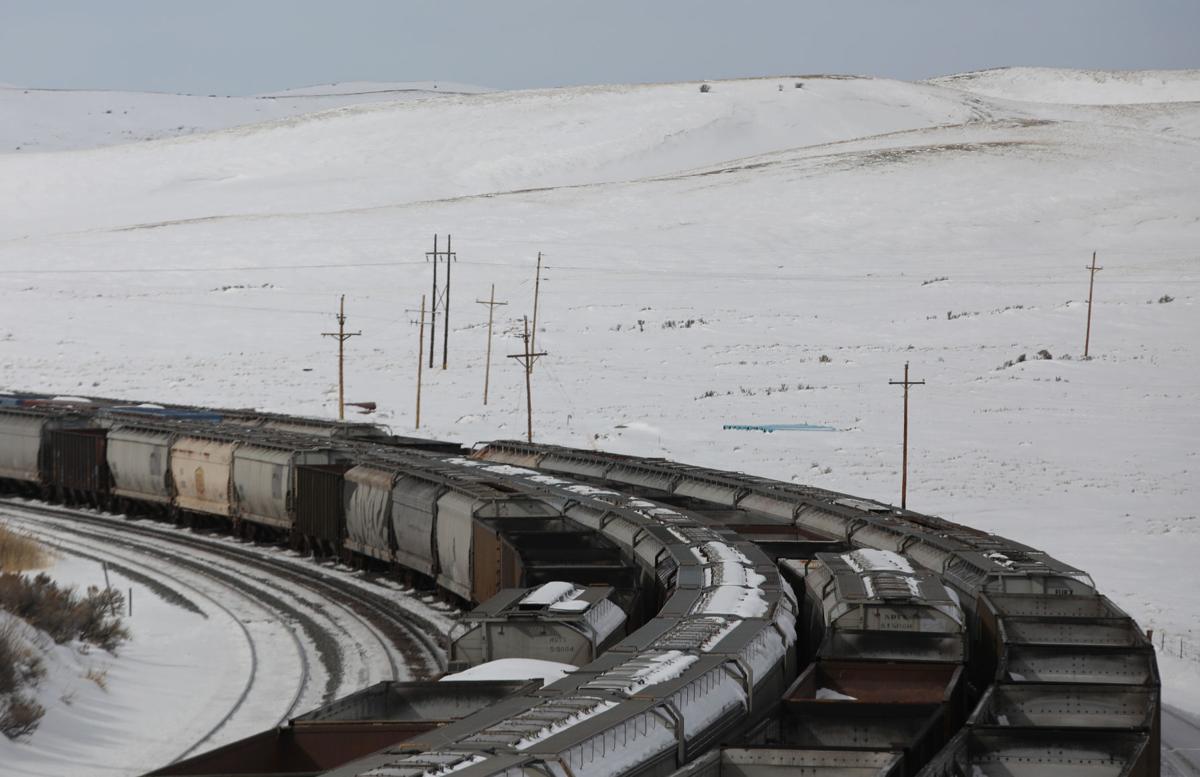 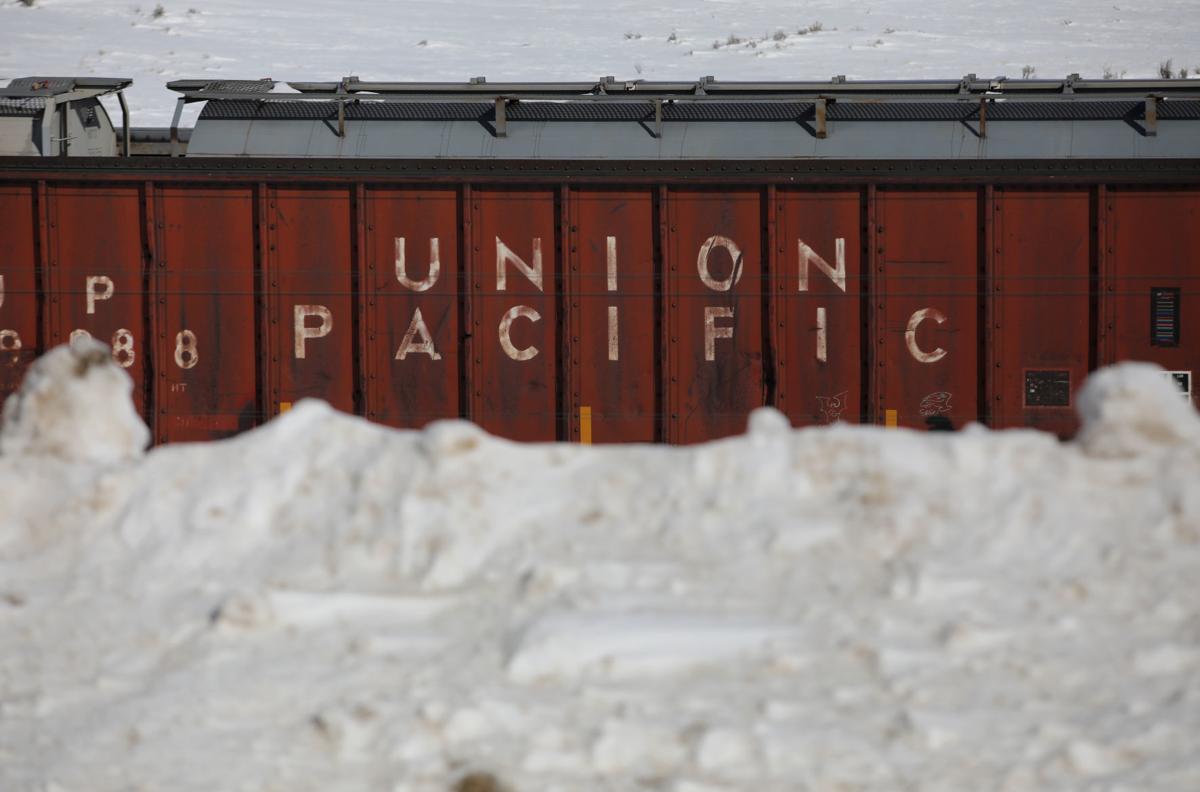 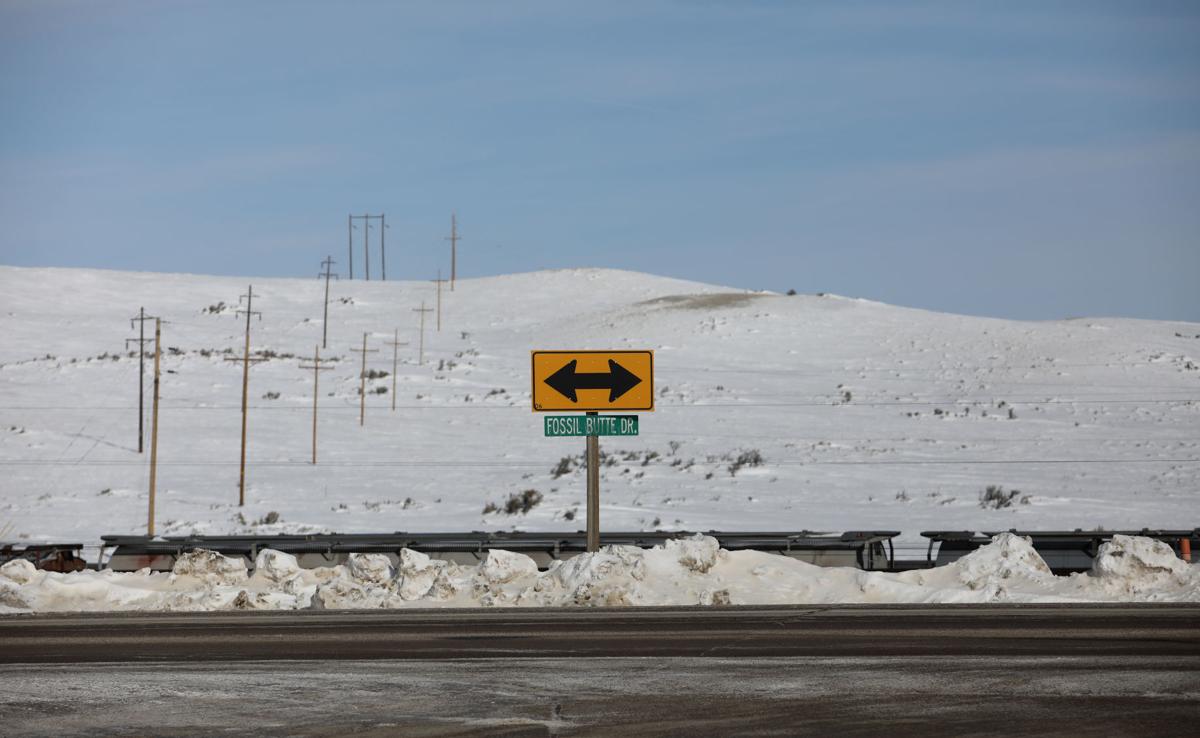 The outskirts of Kemmerer, pictured Feb. 12.

The sale has not yet been finalized. However, there is little doubt the purchase is imminent: the sale will be funded by the debt owed to the mine’s creditors, a potential effort to minimize the group’s losses after the mine generated little interest from outside investors.

According to the Wall Street Journal, Keith Alessi, chief executive officer of the lender-owned company acquiring Kemmerer, said during last Wednesday’s hearing he believed the business would be successful and have sufficient liquidity to operate after the purchase.

The sale also depends on a new collective bargaining agreement with the mine workers’ union in Kemmerer.

During the bankruptcy proceeding, Jones granted Westmoreland’s request to abandon the union’s existing contract, abandoning health care obligations to retirees and their dependents in the process.

A timeline of recent industry struggles in Wyoming's coal country

The long-term future of the Kemmerer mine is uncertain. As part of the sale’s terms, management of the mine will be taken over by a firm specializing in mine cleanup work – not mine management – causing a representative from the Sierra Club to speculate to the Star-Tribune several weeks ago the mine could eventually close.

The mine’s viability also depends on the market for coal. At least four coal-powered plants in Wyoming have been identified as targets for early closure, and a unit at the Naughton Power Plant in Kemmerer – which the Kemmerer mine supplies – have been shut down over the feasibility of meeting emissions regulations. Meanwhile coal giants like Cloud Peak Energy have filed for bankruptcy in recent months due to mounting debts and declining demand.

There have been some recent efforts to reduce the blow: Senate File 159 – passed by the Wyoming Legislature earlier this year – sought to create a soft landing for coal plants facing early closure, and the University of Wyoming announced a partnership with a clean coal company at the end of May on a testing facility to help “assure the future of the state’s cornerstone coal industry.”

Troubled coal mine operator Westmoreland hit another snag in the company’s plans to liquidate last week, as a number of entities — including t…

Recent Kemmerer mine sale spurs both optimism and pessimism

Dodson: After the coal mines are gone

307 Politics: Notes on opportunity, Barrasso pushes for sanctions on Russia, and other news

In Riverton last week, the Wyoming Legislature’s Joint Committee on Labor, Health and Social Services met to discuss, among other issues, a sh…

Cloud Peak may be on last month of mining coal

GILLETTE — Cloud Peak Energy Corp. may literally be counting the days it has left of mining coal from the Powder River Basin.

The largest utility company in Wyoming is delaying the release of a plan for its coal plants because of complications in data modeling, it ann…

For the residents who call the city of Kemmerer home, coal is everything.