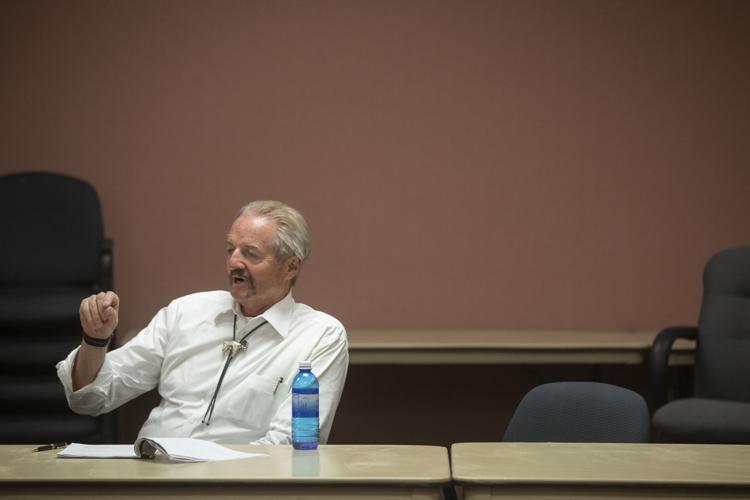 William Perry Pendley, deputy director for policy and programs for the Bureau of Land Management, sits down for an interview Thursday at the Casper field office. Pendley continues to work as the acting head of the nation's public lands despite a judge's ruling that he was unlawfully serving in that role. 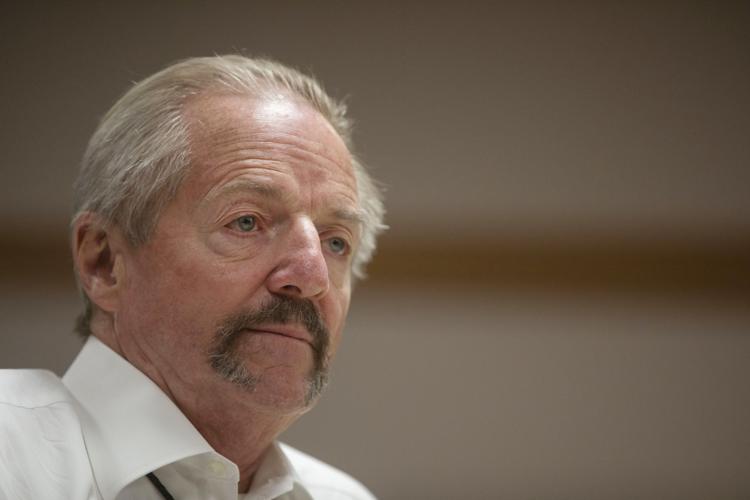 William Perry Pendley wants Wyoming to know that he’s still on the job as the nation’s deputy director of policy and programs of public lands.

“I have not been ousted. That is not true,” Pendley, the Bureau of Land Management’s deputy director of policy and programs, said during an interview with the Star-Tribune on Thursday.

Pendley’s choice to defend his role managing 245 million acres of the nation’s surface land comes just weeks after a federal court in Montana declared Pendley had “served unlawfully as the Acting BLM director for 424 days.” The decision effectively enjoined him from acting in a director capacity, according to court documents.

Secretary of the Interior Department David Bernhardt had issued and renewed orders to give Pendley the authority to act as the agency’s head. Pendley called the orders allowing him to serve as an acting director “perfectly legal.”

But according to District Judge Brian Morris’ Sept. 25 decision, the Trump administration failed to properly follow the statutory requirements of the Federal Vacancies Reform Act when allowing Pendley to remain in his post as a temporary appointee for 15 months. What’s more, the administration failed to garner an official confirmation vote from Congress on the appointment as head of the bureau, as required by law.

Pendley said he firmly disagreed with the court’s decision and has continued to fulfill his duties as assigned.

“We are going to recognize that authority of the court and will obey it,” he said, adding, “now the Secretary (Bernhardt) is signing all of our (BLM) documents.”

The Trump administration has vowed to appeal the decision.

“I see this for what it is. It’s not about me,” Pendley added. “This is just an attempt by the governor, who sued us, to derail what the Trump administration has done.”

Wyoming's relationship with oil predates the state's founding. So what happens when the new drilling stops?

This summer, President Donald Trump announced his intent to formally nominate Pendley, but never followed through. When asked if a nomination process would happen in the near future to officially appoint him as BLM’s director, Pendley said, “I don’t know, that’s out of my control.”

For Wyoming, the BLM’s top dog can have huge influence over the state. Of Wyoming’s over 60 million surface acres, almost half is considered federal land. The state also produces more minerals from public land than almost any other state in the country, contributing 38% of the natural gas produced on federal land nationwide, along with 16% of oil production.

The former "public interest attorney" has deep roots in Wyoming, and several conflicts of interest, which significantly limited what Pendley could speak about during his interview with the Star-Tribune.

Pendley has been a vocal supporter of Trump’s America-First Energy Strategy, often relaxing regulations for oil and gas producers in an effort to cut back on duplicative reporting mandates and spur domestic energy development. Pendley said his goal is to advance Trump’s agenda of “building the economy, providing for jobs, increasing recreational opportunities, and just being a better neighbor as a land management agency.”

In addition to instituting several rule changes to ease the regulatory burdens on energy companies, the BLM under Pendley has also helped bring about the Great American Outdoors Act, moved the BLM’s headquarters to Colorado and prepared firefighters to battle fires during COVID-19.

But several conservation groups in Wyoming have long protested what they call the unconstitutional appointment of Pendley to lead the BLM in any capacity. Many have alleged he abused his position by opening up too much federal land to energy development, rolling back environmental protections to serve private interests at the expense of the climate and negating the bureau’s multiple use mandate.

In the most recent wrinkle in the case against Pendley, Montana Gov. Steve Bullock struck again by requesting a court block three resource management plans approved by Pendley, which among other changes, made available sweeping swaths of public land for oil and gas development.

On Monday, conservation groups, including Western Environmental Law Center, Western Watersheds Project, Center for Biological Diversity and WildEarth Guardians filed a brief providing the court with examples of actions taken under Pendley. The groups listed amendments for a resource management plan amendment to make way for the Moneta Divide oil and gas project in Wyoming as an example, according to court documents reviewed by the Star-Tribune.

The recent litigation against Pendley has roiled some concern among oil and gas operators, fearful the decision could invalidate decisions made by the Wyoming native during his tenure.

Clarification: This story was updated since appearing in print on Oct. 9, 2020 to add information about Pendley's positions.

A federal court invalidated major land-use plans in Montana. What could the decision mean for Wyoming?

The court decision could place similar public land management plans approved in Wyoming on the line.

William Perry Pendley, deputy director for policy and programs for the Bureau of Land Management, sits down for an interview Thursday at the Casper field office. Pendley continues to work as the acting head of the nation's public lands despite a judge's ruling that he was unlawfully serving in that role.