Become a Member
Read Today's E-edition
Share This
In unassuming Wyoming, a quest to change the national and global future of coal
0 Comments
Share this
1 of 3 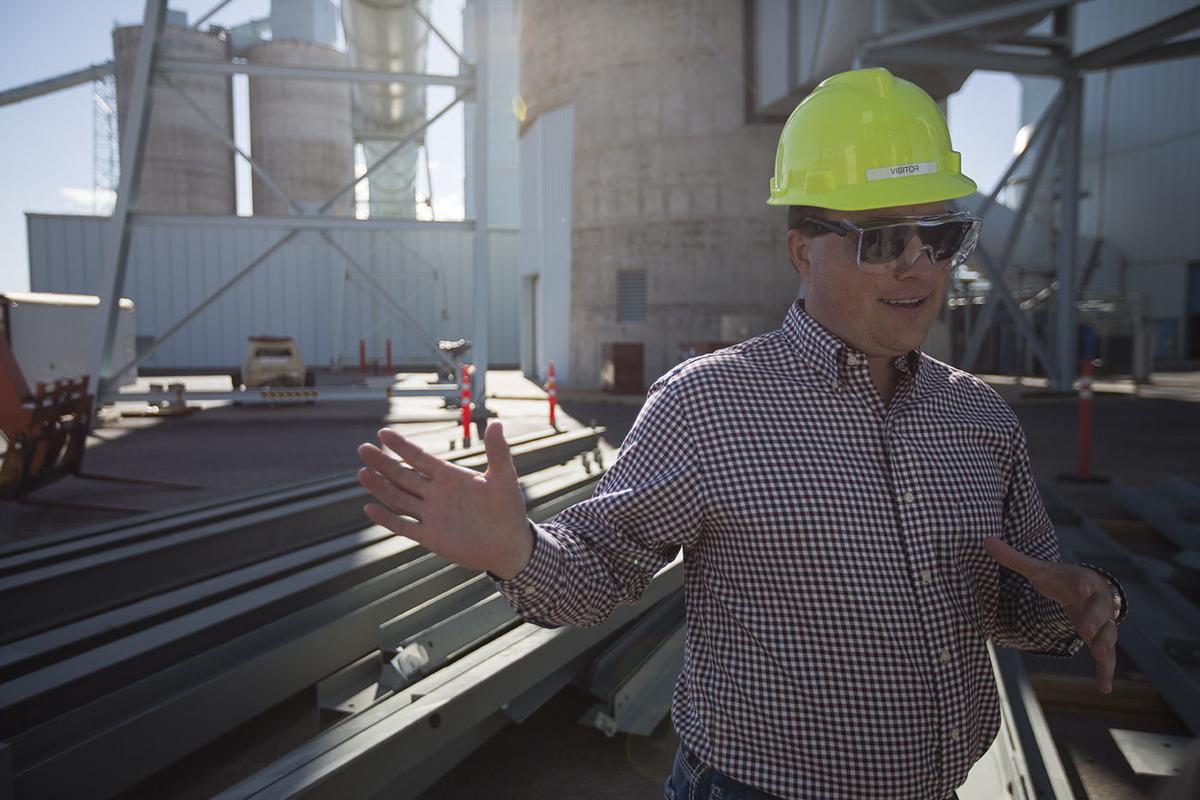 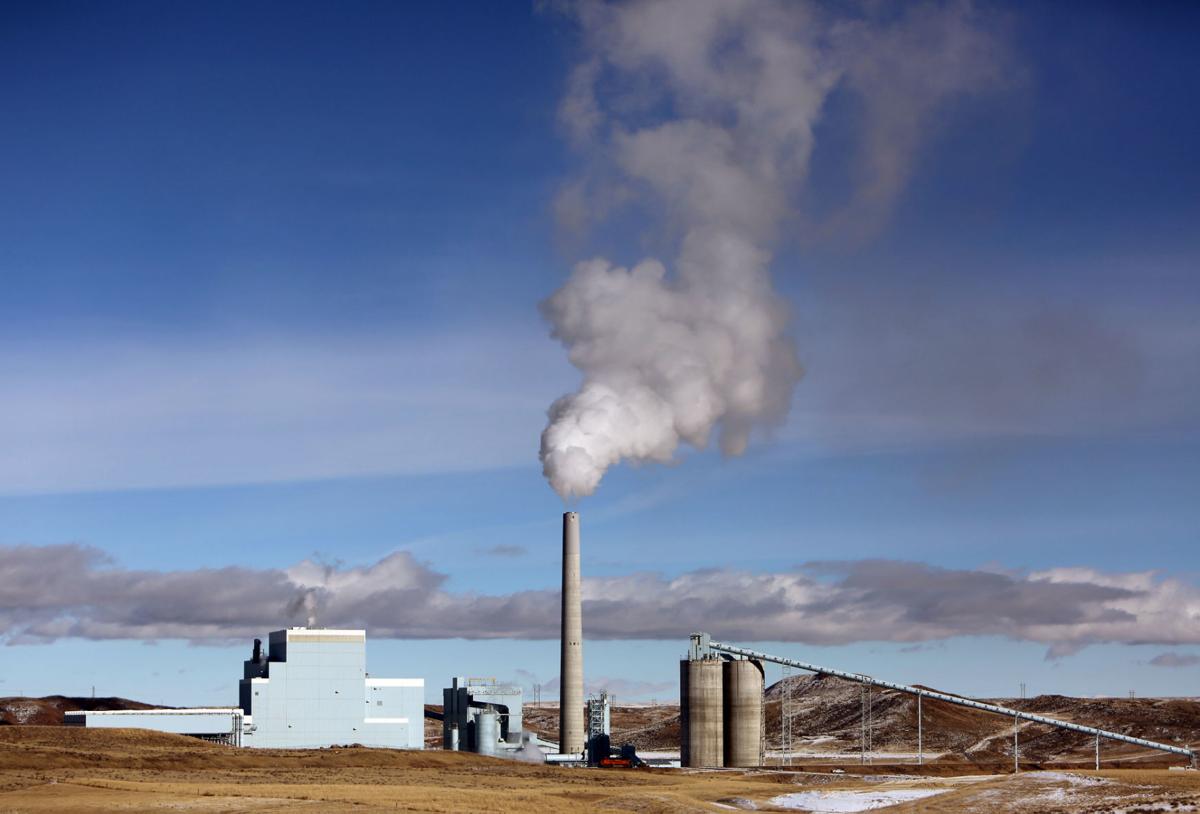 The Dry Fork Station will be home to the new Integrated Test Center, which will house researchers looking for ways to capture and monetize carbon emissions from the coal-burning process. Gov. Matt Mead spoke at a dedication ceremony for the center in Gillette Wednesday. 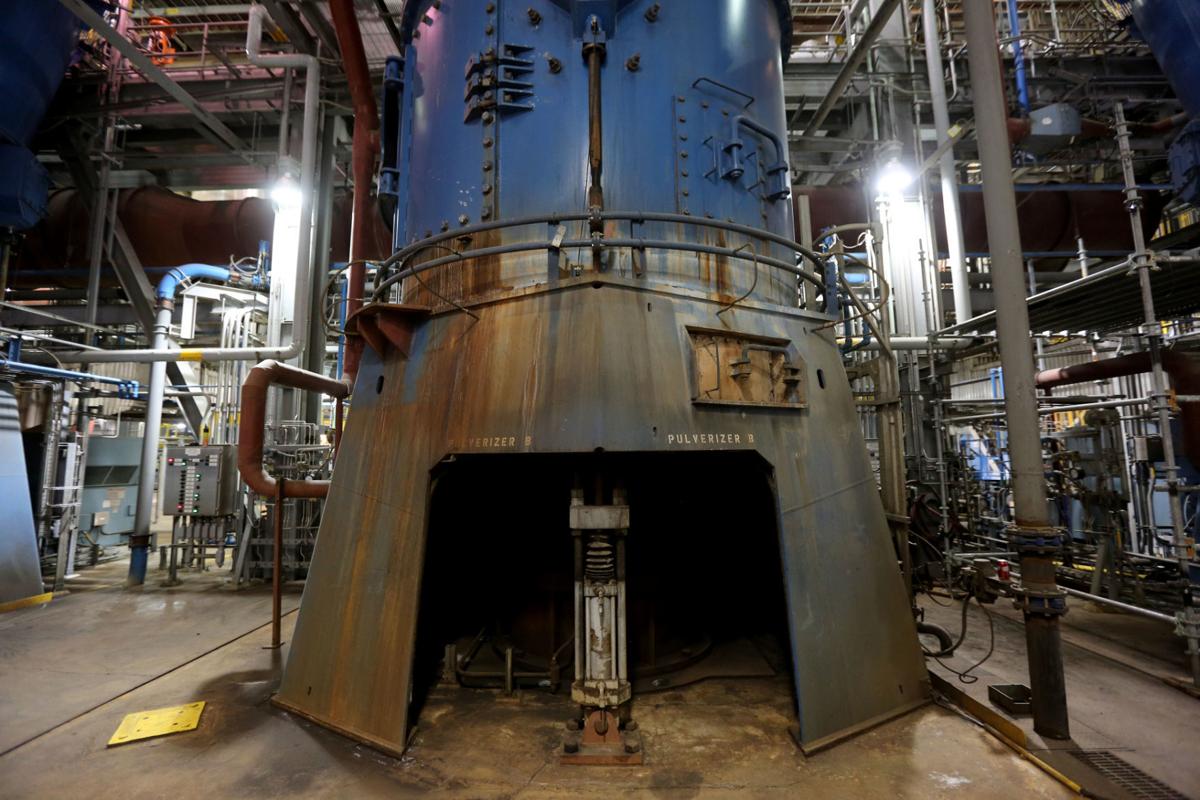 The coal pulverizer at Dry Fork Power Station near Gillette crushes coal brought in from nearby mines and turns it into dust, which is then fed into the burner. Dry Fork Power Station is home of the Integrated Test Center that will let researchers study potential uses for the carbon dioxide emitted from burning coal.

The carbon dioxide drifting out of Dry Fork Station, a coal-fired power plant in northern Wyoming, may come to be part of Gov. Matt Mead’s lasting energy legacy: the site of the largest carbon capture research facility in North America.

The governor finishes his two-term tenure later this year, leaving behind the Wyoming Integrated Test Center, which was dedicated Wednesday in a ceremony in Campbell County. It is one of few such research facilities in the world, the largest in the United States and cost Wyoming about $15 million to develop.

While the pressures on coal are enormous over the long term and uncertainty plagues the industry, Mead’s staff has spent the last four years focusing on another of coal’s challenges: the amount of carbon dioxide that coal-burning power plants contribute to the atmosphere.

The Environmental Protection Agency had proposed and more recently began retracting a regulation targeting coal emissions. Many of Mead’s constituents are skeptical to outright distrustful of climate science.

The governor, meanwhile, has essentially sidestepped the debate. What matters, Mead says, is that markets believe in man-made climate change, and an energy state is at the mercy of markets.

At Wednesday’s dedication ceremony, a tongue-tied Mead joked that his excitement about the Integrated Test Center was making him inarticulate. He thanked coal miners, lawmakers and partners in the effort.

“We can become the energy Silicon Valley right here in Gillette,” the governor said. “I really want to say to our state and to the county and to the world ... we in Wyoming are a force for change.”

The test center story began in about 2014, the year Mead requested $15 million from the Wyoming Legislature for a cost-share investment in a carbon capture facility.

“I was still fairly new in politics at that point,” he said. “And asking for $15 million is different than saying, ‘Hey, can I borrow a pencil?’”

Wyoming wouldn’t do the research itself, but would financially foster a utility-scale testing space for tenants. The first is the NRG COSIA Carbon XPRIZE, which will grant $10 million to the team with the best project for capturing carbon dioxide from a coal-fired plant — Dry Fork — and creating a product like enhanced concrete or carbon fiber.

The center was supported by Basin Electric Power Cooperative, which provided the location, Tri-State Generation and Transmission Association, which put in $5 million, and the National Rural Electric Cooperative Association, which contributed $1 million — all small players in a global conversation about coal, carbon dioxide and climate change.

“This is about making coal viable for America,” Basin Electric CEO and General Manager Paul Sukut said at the ceremony. “More than ever, in our time, this is one of the most important projects for America.”

The Integrated Test Center, under the leadership of the Wyoming Infrastructure Authority’s director Jason Begger, has also secured a second tenant: Japan. Japan Coal Energy Center and Kawasaki Heavy Industries could spend up to $9 million researching carbon capture at the center.

Yoshihiro Mizutani, director of the Japan’s Ministry of the Environment, Climate Change Policy Division, gave his congratulations to the governor at the ceremony in Gillette, saying the friendship between Japan and Wyoming was creating a global center to research “the most important technologies to tackle climate change.”

Despite significant work to reduce the amount of mercury and sulfur dioxide emitted from coal-fired power, the volume of carbon dioxide emissions from coal plants remain high.

Dave Johnston, a coal plant just outside of Glenrock, produces 16,000 tons of carbon dioxide every day, or 5.5 million annually. Even Dry Fork, a new, state-of-the-art coal-fired plant with Japanese engineering, continues to produce significant amounts of the greenhouse gas, about 15 percent of its flue stream. And coal plants continue to go up in other countries, though coal generation in the U.S. remains stagnant to declining. Countries like Japan offer a more direct hope for Wyoming, but others like Turkey and Pakistan also have coal-fired units in development.

Carbon capture became a focus at the U.S. Department of Energy nearly a decade ago as policy to address climate change came to the fore, and there was a time when federal money poured into the idea of capturing gas that floats out of coal-fired power plants in the U.S. But as the market squeezed coal, and one infamous carbon capture project, the Kemper Plant in Mississippi, came in far over budget, interest in saving the industry by adding the cost of capturing carbon to coal-fired power lost traction.

Not so in Wyoming, where the governor, coal companies and some utilities continue to push for carbon capture, arguing for a global view of coal’s future.

Mead’s focus may be carried on by his successor. Candidates like Wyoming Treasurer Mark Gordon, a rancher from Buffalo, applauded the governor’s work Wednesday. Democratic candidate Mary Throne, an industry lawyer from Gillette, said in a recent interview with the Star-Tribune that she would like to continue what Mead began.

Others in Wyoming have pushed back on Mead’s investment in the Integrated Test Center, questioning why public money is going into a struggling private sector. In “Too Good to be True: The Risks of Public Investment in Carbon Capture and Sequestration,” the Powder River Basin Resource Council argued that the coal sector is dying, and it’s too late to save an industry that can’t save itself.

Carbon dioxide from coal plants has an interested buyer from oil and gas, if the costs come down

Curt Pearson witnessed the Dry Fork Station being built from the ground up, which is perhaps why it’s a point of personal pride. The powder bl…

If Oregon, Washington and California ditch coal, it may leave Wyoming’s largest utility, and its customers, holding a bag they don’t want to c…

In the “if only” category, exporting coal to Asia is at the top of Wyoming’s list. But a recent $30 million loss from the state’s only oversea…

Using coal to make graphene, carbon fiber and other products could support 2,600 Wyoming jobs annually, according to a new report from the Ame…

CHEYENNE — Gov. Mark Gordon on Tuesday asked state lawmakers for $10 million to help pay for the construction of an experimental, 5-megawatt a…

The project is part of a larger effort to improve the market for Wyoming coal.

The Dry Fork Station will be home to the new Integrated Test Center, which will house researchers looking for ways to capture and monetize carbon emissions from the coal-burning process. Gov. Matt Mead spoke at a dedication ceremony for the center in Gillette Wednesday.

The coal pulverizer at Dry Fork Power Station near Gillette crushes coal brought in from nearby mines and turns it into dust, which is then fed into the burner. Dry Fork Power Station is home of the Integrated Test Center that will let researchers study potential uses for the carbon dioxide emitted from burning coal.