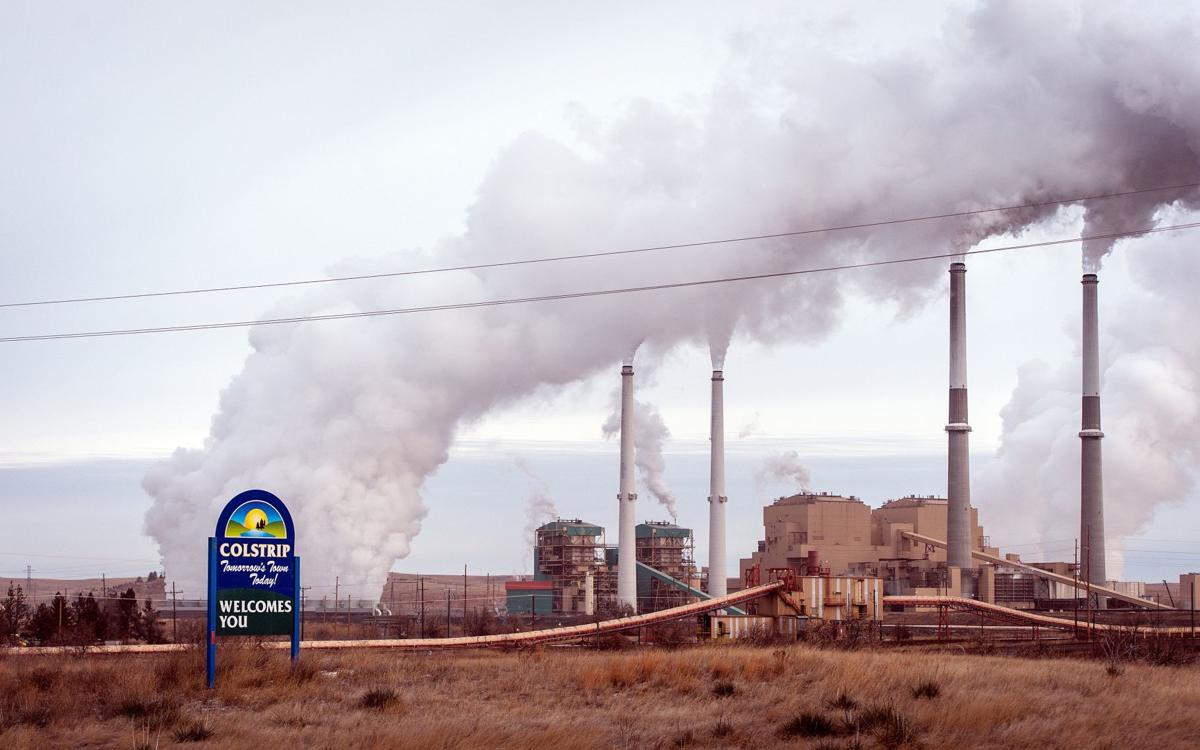 The Colstrip power plant, including units 1 and 2, is shown in January 2019. The units have been shut down.

In regulatory filings this week, attorney Jason Brown of the Montana Consumer Counsel said that free market power has saved NorthWestern Energy customers money in recent years because it’s proven cheaper than electricity the utility generates at its own dams and power plants. The utility’s 20-year plan to generate all of the electricity threatens to unplug those free market savings.

“Market purchases have benefited customers in recent years as market prices have generally been lower than the total cost of utility-owned resources,” Brown wrote. “NorthWestern’s plan does not demonstrate that regional markets should be abandoned in favor of building new generation or acquiring more generation assets.”

The Montana Consumer Counsel was created in the Constitution to advocate before the Montana Public Service Commission on behalf of the customers of regulated utilities.

NorthWestern has proposed more than doubling its owned generation by building power plants fired with natural gas. In discussions with shareholders, the company has said there’s a potential for four gas-fired power plants each costing more than $200 million, which customers would pay for over time, plus interest.

The utility predicts a shorter supply of market electricity as coal-fired power plants across the West retire. Its response is to build its way out of a market where it sees prices increasing as power plants shut down.

“You can see Colstrip Units 1 and 2 retiring in 2019,” Ben Fitch-Fleischmann, a NorthWestern economist, said at a power plan hearing in December. “There’s Jim Bridger 1 and 2, which I’m going to call attention to in a moment, but they’re originally scheduled to retire in 2028. If you add all that up, it’s about 3,500 megawatts coming offline by 2025 and 5,000 megawatts total coming off-line by 2032 in the region.”

Brown argues that NorthWestern emphasizes power plant retirements but doesn’t recognize the planned construction of new power plants that will replace that coal power. As NorthWestern lays out its 20-year energy plan, the owners of the power plants NorthWestern cites as closing have made their own plans for building replacement power.

Colstrip Units 1 and 2, which accounted for 600 megawatts of regional capacity, closed the first week of the new year, but Puget Sound Energy, which owned half of each unit, plans to build 1,195 megawatts of new generation by 2037. PacifiCorp, which owns the Jim Bridger units cited by Fitch-Fleischmann, plans to add 5,000 megawatts of new generation by 2036. The power plans for those companies were cited by the Montana Environmental Information Center, which like the Montana Consumer Counsel sees customer risk in NorthWestern’s plan.

Brown pointed out that “despite claimed fears of a tightening regional market, NorthWestern is projecting declining long-term regional market prices, both in this procurement plan and other avoided cost filings.”

Risk of the NorthWestern customers paying more than necessary for electricity stems from having to pay for power plants that are seldom used or not fully used, according to Brown. The utility plans to own enough generation to meet peak demand plus an additional buffer of generation, totaling about 1,400 megawatts of capacity. But the daily demand of NorthWestern’s 374,000 ratepayers is much less, and there’s money to be saved by buying free market power when needed and also entering long-term contracts for energy from third parties, Brown said.

The Consumer Counsel also questioned whether NorthWestern’s plan to buy an additional share of Colstrip Unit 4 was in the best interest of the utility’s customers.

“First, the resource does not appear to be needed, according to the (20-year) plan, which calls for more flexible generation,” Brown wrote. “NorthWestern has not demonstrated that CU4 is a truly flexible resource. Second, NorthWestern already has significant excess generation during low-load hours, which must be sold, often at a loss to ratepayers.”

The flexibility concern addresses NorthWestern’s stated need of generation sources that can be powered up or down quickly to respond to the dynamic nature of power from renewable energy sources.

Gov. Mark Gordon announced Tuesday that Wyoming will take legal action against Washington state over its blocking of a key coal export terminal.

The change means developers won't be able to discharge more water, which had promoted concerns about pollutants flowing into nearby Boysen Reservoir Basin.

The Rail Tie Wind Project would flaunt upward of 151 wind turbines on both sides of Highway 287 just outside Tie Siding and generate enough energy to power over 180,000 homes.

All of Tri-State Generation and Transmission Association's coal operations in Colorado and New Mexico will be shuttered by 2030, affecting about 600 workers in the two states.

Research on cleaning up land disturbed by surface mining could unlock new possibilities for sustainable reclamation in Wyoming, if researchers can find a way to make the practice of geomorphic reclamation economical.

The permit allows Encore Green Environmental to apply about 7,000 barrels of the treated water to private farmland outside Pine Bluffs by the end of the year.

In the hills around Rapelje, Montana, where jackrabbits far outnumber people, there’s a renewable energy powerhouse in the making.

The world’s largest asset manager put CEOs of the companies in which it invests on notice that it expects annual reports on what’s being done to meet the Paris Agreement goal of limiting global warming to no more than 2 degrees Celsius above preindustrial levels.

Gov. Mark Gordon announced Tuesday that Wyoming will take legal action against Washington state over its blocking of a key coal export terminal.

The Colstrip power plant, including units 1 and 2, is shown in January 2019. The units have been shut down.