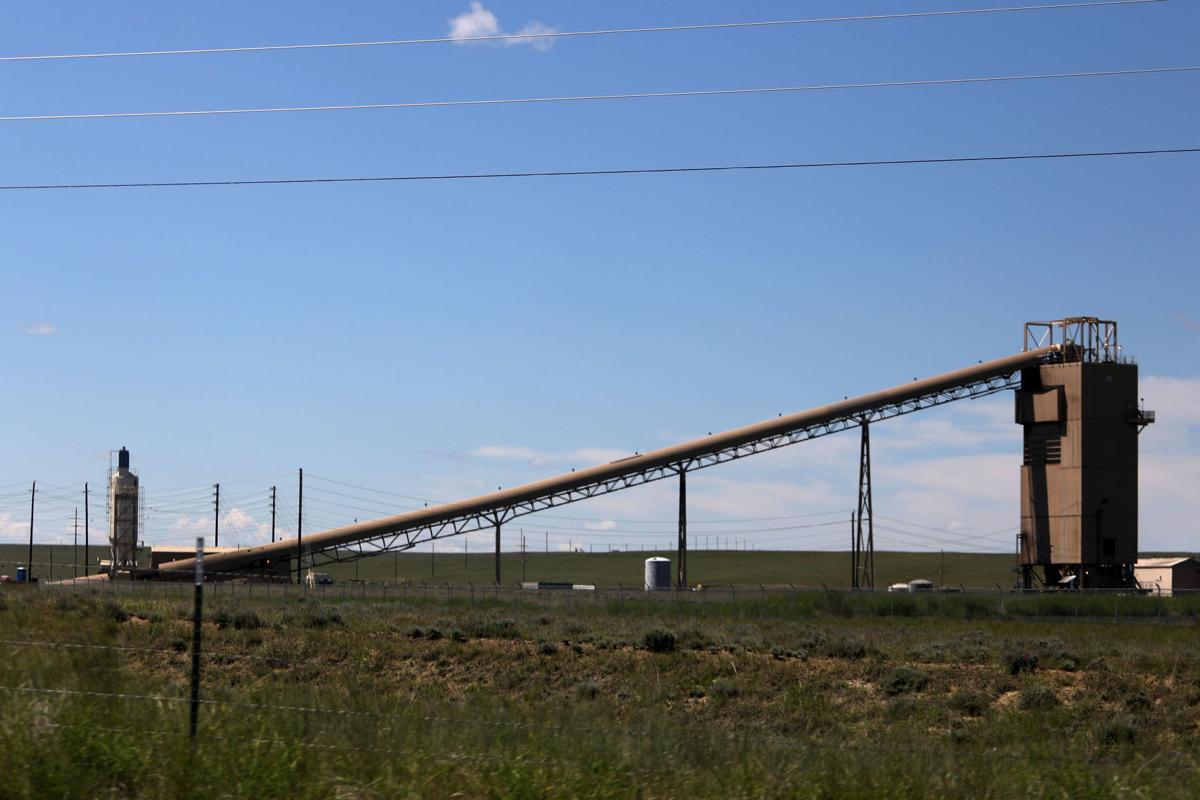 North Antelope Rochelle Mine operates at its Schoolcreek complex south of Wright in June. Owner Peabody Energy confirmed it laid off three employees at the mine Tuesday. The company also cut 10 temporary positions at the nearby Caballo and Rawhide mines. 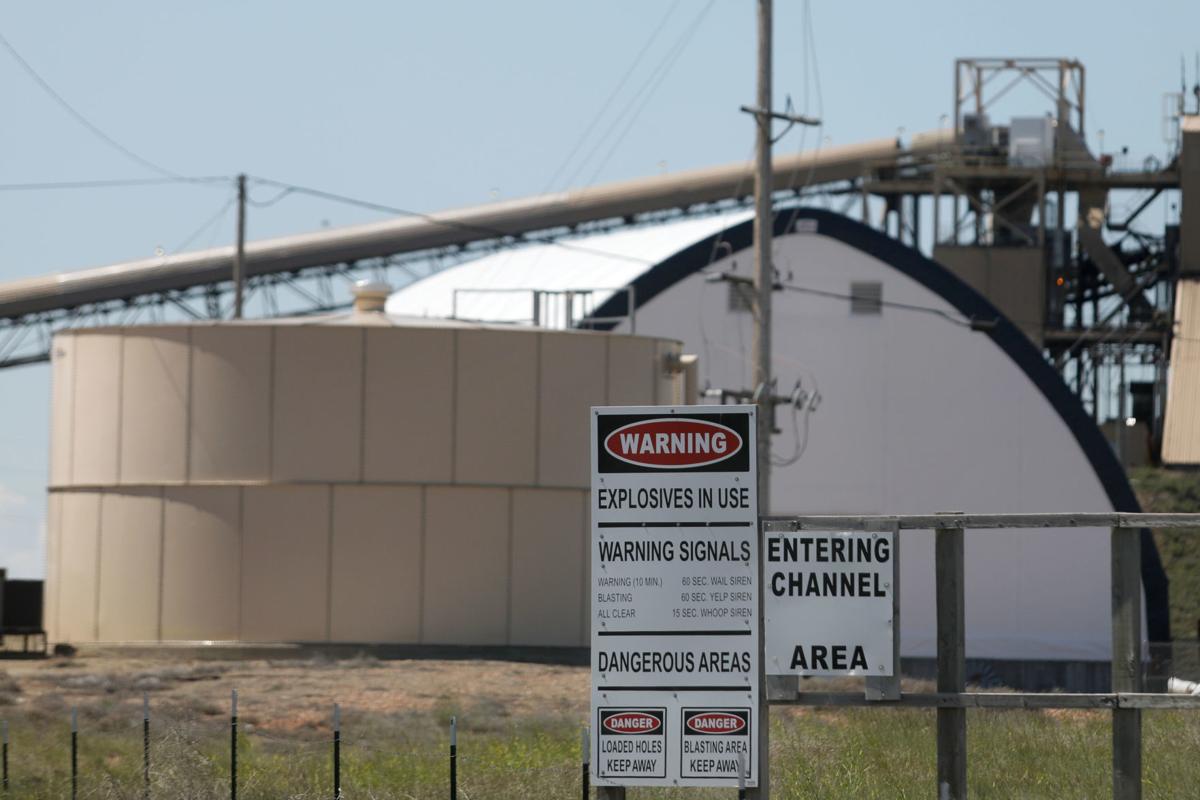 North Antelope Rochelle Mine operates June 19 in Wright. Owner Peabody Energy confirmed it laid off three employees at the mine Tuesday. The company also cut 10 temporary positions at the nearby Caballo and Rawhide mines.

More layoffs are occurring in Wyoming’s coal country, with the state’s largest mining company reducing its workforce for the second month in a row at its Powder River Basin mines.

Peabody Energy laid off three of its employees at the North Antelope Rochelle mine, in addition to letting go of 10 temporary workers at the Rawhide and Caballo mines, the company confirmed Tuesday.

The announcement comes on the heels of a reduction of 50 temporary workers from the North Antelope Rochelle mine in March. Buckskin coal mine, owned by Kiewit Corp., also laid off 60 miners last month.

“We routinely match staffing levels with production needs and this action is consistent with that approach,” company spokeswoman Charlene Murdock said in a statement.

The three mines employed a total of 1,516 miners during final quarter of 2019, according to the U.S. Mining Safety and Health Administration. Temporary workers are typically sourced through a local agency by the mining company to augment the existing workforce, but they are not considered employees. The temp agency pays the workers, not the mining company.

Peabody Energy’s three mines in the Powder River Basin have not been producing coal at the levels they once did. They produced 27.5 million tons of coal during last year’s final quarter, according to Mining Safety and Health Administration data. In the same quarter of 2018, the mines pumped out 29.9 million tons.

Nationwide demand for coal has plummeted in the past year, as utilities transition away from coal toward cheaper natural gas and renewable energy sources.

Peabody Energy lays off 50 temporary workers at Wyoming coal mine

For most of the Powder River Basin, employment reductions have not kept pace with the deteriorating demand for coal in recent years, according to analysis by University of Wyoming economist Rob Godby. Amid waning hunger for coal, productivity at most Powder River Basin mines has been falling too. In other words, the average output of coal per employee has been declining overall.

It’s been a tumultuous year for the nation’s leading coal firm too. The Federal Trade Commission’s moved earlier this year to block the proposed joint venture between Peabody Energy and Arch Coal, the two biggest coal companies in the country. The pair of coal operators control two-thirds of the southern Powder River Basin’s coal reserves, making them the leading players in the basin, according to the FTC. Peabody and Arch Coal have challenged the FTC’s decision, maintaining that the joint venture will strengthen the coal market.

Peabody Energy and Arch Coal announced plans to combine operations in June, a proposal that would bring North Antelope Rochelle and Black Thunder under one roof. The joint venture would also include the nearby Caballo, Rawhide and Coal Creek mines. If approved, the deal would allow the company to control production, curb competition and cut costs, according to several analysts.

This year’s layoffs echo sweeping workforce reductions in March 2016, when Peabody Energy cut 235 workers from the North Antelope Rochelle mine. At the same time, neighboring Arch Coal laid off 230 people.

All 16 coal mines continue to operate in Wyoming, despite the spread of the coronavirus pandemic and calls by the medical community to keep workers home if possible. According to the Wyoming Mining Association, most coal companies operating in Wyoming have taken steps to protect workers’ health while on the job — from staggering shift hours and taking employees temperatures at the entrance, to mandating gloves and face masks when working within 10 feet of colleagues.

Wyoming coal mine will lay off 60 workers

Buckskin coal mine to cut its workforce amid declining production

The company has yet to determine how many workers it will lay off, a spokeswoman said.

The layoffs include 170 workers at North Antelope Rochelle, 73 at Spring Creek and 57 at Antelope.

"In Wyoming's view, the benefits of the proposed joint venture to the public plainly outweigh the unlikely anti-competitive effects," state attorneys wrote in court documents.

North Antelope Rochelle Mine operates at its Schoolcreek complex south of Wright in June. Owner Peabody Energy confirmed it laid off three employees at the mine Tuesday. The company also cut 10 temporary positions at the nearby Caballo and Rawhide mines.

North Antelope Rochelle Mine operates June 19 in Wright. Owner Peabody Energy confirmed it laid off three employees at the mine Tuesday. The company also cut 10 temporary positions at the nearby Caballo and Rawhide mines.