Coal production in the basin sank to a 20-year low last quarter, according to new data released last week by the U.S. Mine Safety and Health Administration.

The bankruptcy of coal operator Blackjewel dealt a staggering blow to the performance of the Eagle Butte and Belle Ayr mines during the third quarter. Production plummeted 82 and 91 percent, respectively, when set side-by-side to last year’s third quarter.

In Wyoming’s coal country, mines typically pump out the most coal over the course of July, August and September, courtesy of the high electricity demand from the sizzling heat. Companies start to stock up on coal during these months in anticipation of winter, too.

But compared to last year’s peak quarter, Powder River Basin coal production slipped 9 percent. What’s more, coal extraction has been cut in half since hitting a record 409 million tons in 2007.

In recent years, demand for thermal coal — the type of coal mainly used to produce electricity — has plummeted. Utility companies have pivoted away from coal to cheaper natural gas and renewable energy sources, mainly in the name of protecting ratepayers’ pockets.

As the coal market has contracted in recent years, bankruptcy has become a normal part of life in the Powder River Basin. Seven operators have filed for bankruptcy since October 2018.

But mines usually continue churning out coal even as an insolvent company slogs through Chapter 11 proceedings. Not so with Blackjewel.

After failing to secure desperately needed debtor-in-possession funding, or interim loans, to keep the mines operational, the company shut the gates of 32 coal mines across the country on July 1. A skeleton crew returned to Eagle Butte and Belle Ayr in early July, but the company was too cash-strapped to fully revive the facilities. A majority of the nearly 600 workers employed at the two mines had no choice but to stay home or look for other work.

According to data collected by the federal mining agency, only 80 employees worked at Belle Ayr and Eagle Butte last quarter.

When the two coal mines owned by Blackjewel suddenly closed this summer, about 40 coal-fired power plants depending on bankrupt owner Blackjewel’s coal had to look at other options. Many of the power plants scattered across the country were built specifically for the coal spit out of Eagle Butte and Belle Ayr mines. The closures left some utilities to knock on the doors of other mines in the Powder River Basin. The need to offset coal supply lost from the partial shutdown of the Blackjewel coal mines could explain the uptick in production at neighboring mines, said University of Wyoming economist Rob Godby.

Coal production increased nearly 18 percent at Antelope mine and 10 percent at Black Thunder mine, in comparison to last year’s third quarter.

But Godby cautioned not to jump to conclusions too quickly.

“It’s also hard to tell if increases (in production) were due to the quarterly volatility that goes on, and the seasonal effect with summer production usually going up,” he noted.

Though Blackjewel could have aggravated the third quarter’s overall coal production rates in the basin, Godby called the coal company’s unprecedented bankruptcy, “a symptom of a wider problem from the coal industry.” Ultimately, the writing is on the wall. The industry is in decline, he said.

“We are all focused on getting the (Blackjewel) workers back to work, but if we don’t learn anything then eventually there will be another mine that has to close and it will be like ‘Groundhog Day,’” he warned. “... The biggest challenge the state faces isn’t power plant closures, it’s mining production declines.”

In the wake of a volatile summer, several Wyoming lawmakers have turned to PacifiCorp, Wyoming’s largest utility, demanding the company continue investing in the state’s existing coal infrastructure. But to the chagrin of lawmakers, the company announced plans to accelerate retirements of several coal-fired power plants.

Officials haven’t given up the fight to save coal yet.

This year, Gov. Mark Gordon signed into law a bill that will require utility companies planning to retire coal-fired power plant to attempt to sell them first. And last week, members of the Joint Minerals, Business and Economic Development Committee introduced a draft bill that could require utilities and the Public Service Commission to consider the “socio-economic factors associated with an early retirement” of coal-fired power plants, in addition to protecting ratepayers.

Over 90 percent of Wyoming coal is shipped across state lines to customers throughout the country — well outside the bounds Wyoming lawmakers can likely influence.

PacifiCorp only uses a small fraction — less than 4 percent — of the coal mined in Wyoming, according to Jon Cox, vice president of government affairs for the utility.

The basin has yet to experience a permanent coal mine closure as a result of bankruptcy. But recent upheavals in the coal market have led to overcapacity in the basin, several analysts said. Too much coal is being dug up from the basin and over-saturating a constricting market. Overcapacity in a market often brews uncertainty, puts pressure on prices and limits coal firms’ access to capital.

Utility companies once depended on Powder River Basin thermal coal as a cheap and efficient supply of power for ratepayers. But with the infiltration of dirt cheap natural gas when fracking hit the energy scene changed everything. Technological advances in renewable energy sources have also thrown coal markets for a loop. As a result, national and international demand for the mineral is evaporating.

Less efficient mines producing lower quality coal will likely be the facilities in the crowded basin to fold first. But for now, the economic forecast for the basin remains murky, and it is too soon to tell which mines could sunset first, Godby said.

“No matter who you talk to analysts are in some kind of agreement that there have to be mine closures,” he said. “The question is just which ones.”

The company filed for bankruptcy on July 1 and abruptly shuttered its two Campbell County mines. Those mines remain closed more than a month later.

Despite sale approval, Blackjewel mines have yet to reopen

Despite repeated promises made during bankruptcy proceedings last week, the sale of two Wyoming coal mines has yet to be finalized and hundred…

With bidders on the horizon, Cloud Peak auction delayed again

In what has become almost customary in coal company bankruptcies, Cloud Peak Energy filed a request to delay its auction of Powder River Basin…

Contura said it planned to “reinstate immediately” 500 jobs at Eagle Butte and Belle Ayr mines if the sale is finalized.

If approved, the deal could return as many as 700 workers to three mines for the next six to 12 years.

Federal judge approves funding for Blackjewel to survive until Monday

The company reported insufficient funds to pay a $2.1 million insurance payment, along with $658,000 in unpaid payroll for employees that returned to work.

Funding to reopen Blackjewel mines 'not there yet'

If the company obtains funding over the weekend, the court may reconvene as soon as Monday.

A federal bankruptcy judge on Wednesday approved interim funding for the owners of the Belle Ayr and Eagle Butte mines in Campbell County. As …

Blackjewel claims there's a fire at abandoned Wyoming mine; DEQ says it's only smoke

A representative for Blackjewel LLC claimed there was a fire at one of its two recently closed Wyoming mines, but a Wyoming Department of Environmental Quality official said there was only smoke.

If approved by a federal judge, the new funding source would likely allow the company to dodge Chapter 7 bankruptcy. The judge's decision is expected as soon as Wednesday morning.

As of Tuesday morning, about 160 workers had come to the Wyoming Department of Workforce Services in Gillette in search of help. There may be many more.

Mine owner Blackjewel says it has secured financing, asks for judge's approval

Photos: Gillette community reacts to news of coal mine closures

What we know about the Wyoming mine closures

Here's the latest on the Eagle Butte and Belle Ayr mine closures in Campbell County.

Despite a tumultuous summer for the coal industry, a top energy official for the Trump administration says he remains optimistic about the com…

Energy Journal: Coal on the precipice

The coal industry is declining, and it’s declining fast. Absent some major economic or political upheaval, that trend will likely not reverse course.

As Wyoming’s fiscal future teeters on the whims of energy markets, state leaders are searching for solutions. 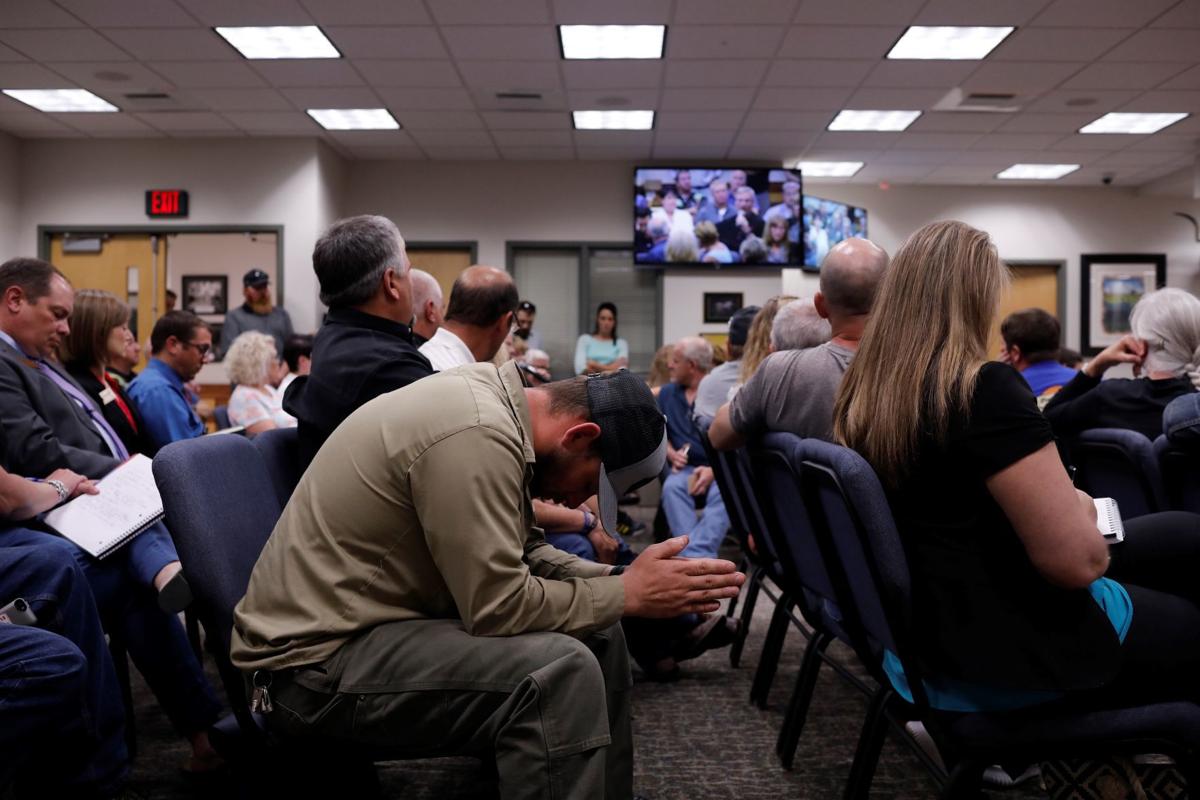 Craig Wakefield, a 10-year veteran of Blackjewel's Belle Ayr coal mine, listens to officials talk during a public meeting in Gillette after the shutdown of Belle Ayr and a second coal mine in early July. Production in the Powder River Basin fell to a 20-year-low during the third quarter. 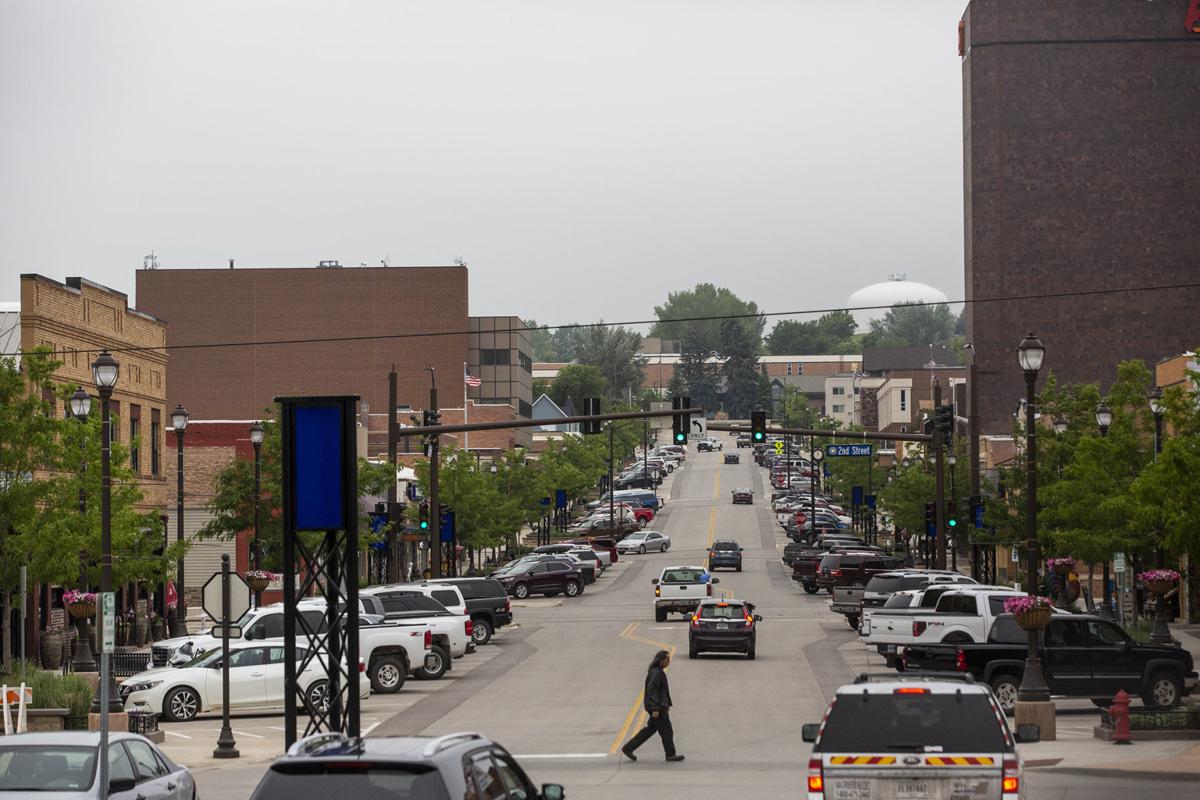 A view of downtown Gillette in July. The city's population is almost ten times larger than it was in 1960, thanks to the Powder River Basin coal mining industry.