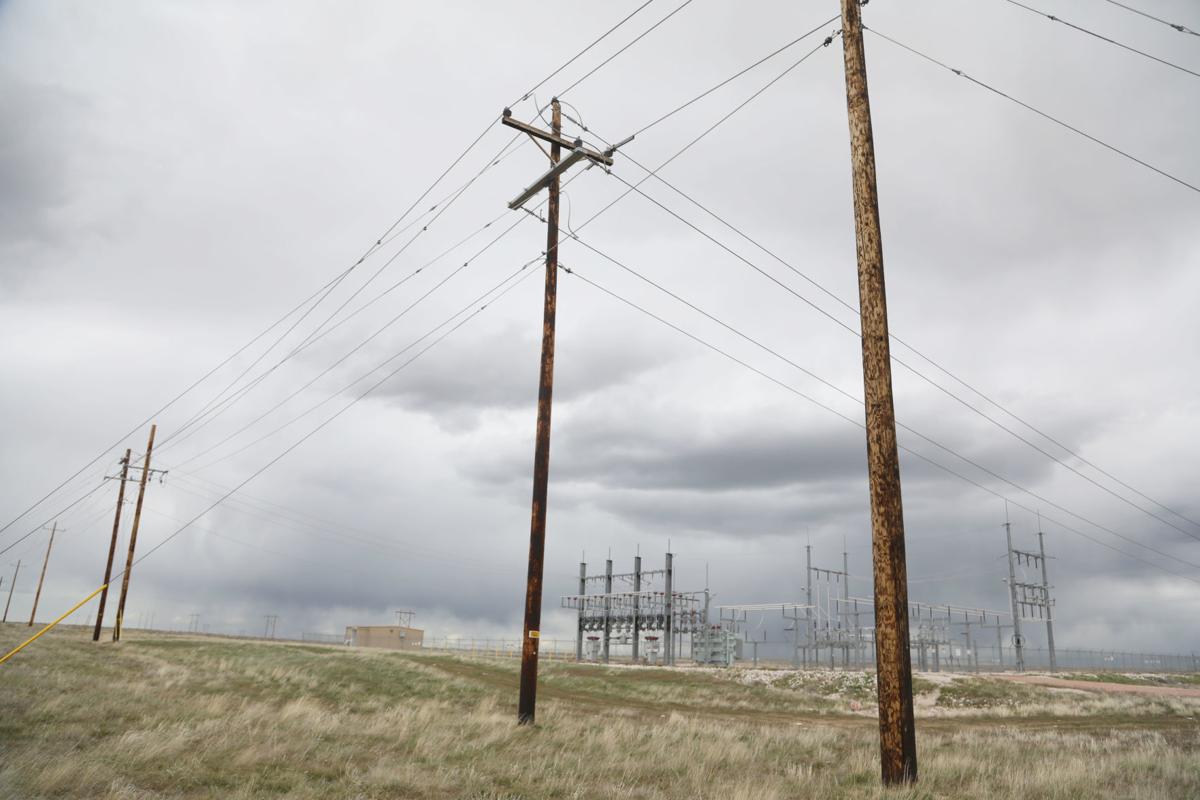 Power lines connect to the Bar Nunn substation Wednesday. Dinosolar LLC plans to build a field of solar panels to the west of the substation. 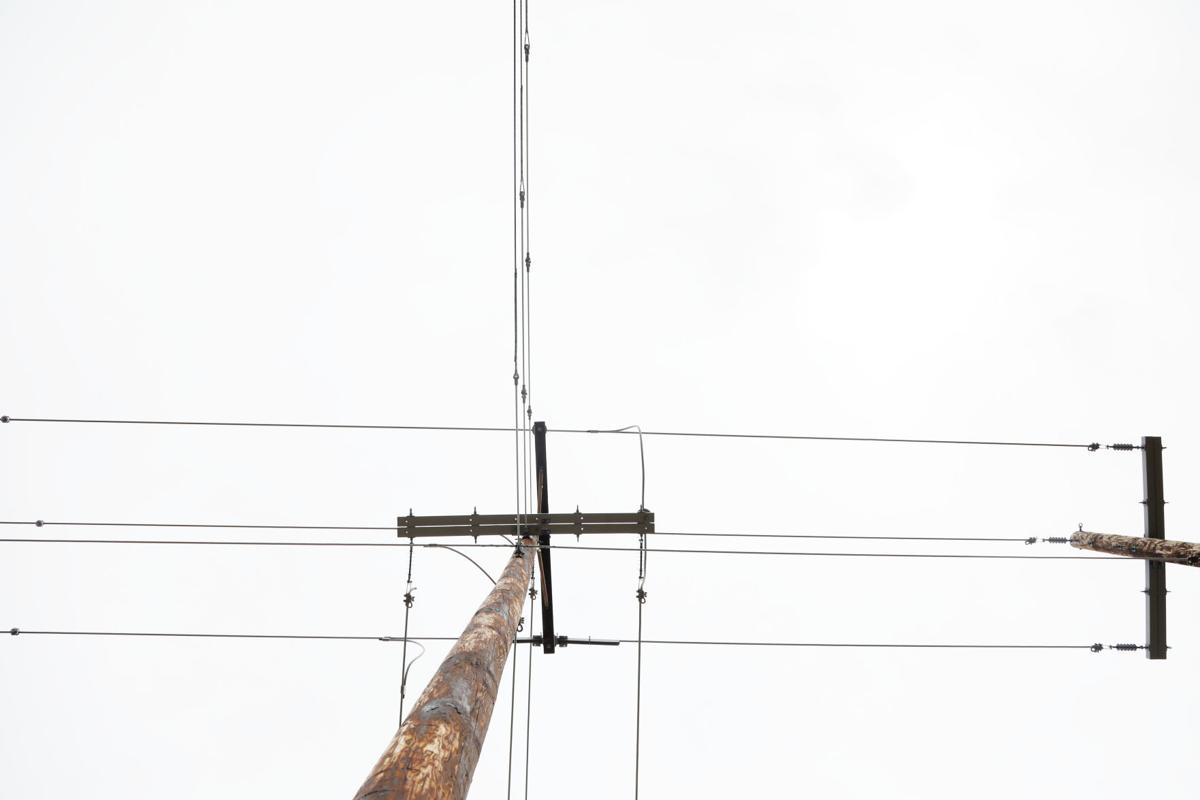 Power lines connect to a substation in Bar Nunn Wednesday.

The Natrona County Planning Commission approved a permit to build a utility-scale solar farm north of Casper near the town of Bar Nunn during a public hearing Tuesday evening.

The company behind the proposed solar energy project, Dinosolar LLC, is a subsidiary of Utah-based Enyo Renewable Energy. The applicant plans to construct a 240-megawatt, commercial solar photovoltaic system on 1,170 acres of leased private land a half-mile west of Bar Nunn and 1.5 miles due north of Mills, according to the permit application. But the Dinosolar project needs a conditional-use permit, granted by the county — along with a host of other regulatory requirements — before it can move forward.

Project leaders selected the site near Casper due to proximate transmission line access, availability of private land and the geography of the area, according to Dinosolar LLC. They also sought to avoid land with extractable minerals or sensitive wildlife habitat.

One of the project’s solar photovoltaic power generation facilities would link to the utility Rocky Mountain Power’s Casper North Substation. Another would connect to the Bar Nunn substation. Together the solar panels would generate enough energy to provide power to 51,700 Wyoming homes, according to the company. Pending county and state approval, the project owners hope to begin construction around September 2022 and bring the project into commercial operation by the end of 2023.

“In addition to the millions of dollars to Natrona County and local municipalities, this Project will simultaneously generate the renewable energy that the market is now demanding,” stated Christine Mikell, manager of the Dinosolar project, in a letter to the commission.

Dinosolar LLC anticipates the project will generate $2.04 million in property taxes for the county in the first year of operation, and $46.7 million over the project’s 35-year lifespan. In addition, during construction, $8.7 million will flow to the county through sales and use taxes, and nearly $3 million would also be contributed through other tax revenue.

If constructed, the solar energy farm would be the largest in Wyoming.

Proponents of increasing Wyoming’s renewable energy capacity point to the potential tax and job contributions the investments could have for a state deeply reliant on unsteady revenue sources, like coal and oil.

Prices for solar have steadily dropped and technology has advanced in recent years, to the point where the commodity can compete with the likes of fossil fuels. Demand for renewable energy nationwide has been steadily climbing, too.

Dinosolar’s request for a conditional-use permit comes shortly after another energy company, Raven Solar LLC, proposed to construct a utility-scale solar farm on 400 acres of public land in Sweetwater County.

Before submitting its conditional use permit application, Dinosolar LLC collaborated with Wyoming Game and Fish, Department of Transportation, the Town of Bar Nunn and Natrona County Fire District, according to county staff. The company held an open house in Bar Dunn on Feb. 25 and said it plans to continue educating the public on the project.

The Planning and Zoning Commission is an advisory board to the Natrona County Commission. The permit is subject to the board’s approval as well.

Navajo Transitional Energy Company will furlough 93 workers and lay off eight employees at its Antelope coal mine near Wright in response to the downturn caused by the COVID-19 pandemic.

The aid would be used to revive the nation's critical natural resources by creating restoration work for thousands of Americans, especially in communities hurt by the economic slowdown.

BLM offers royalty relief to oil and gas operators on federal land, including in Wyoming

If operators demonstrate economic hardship caused by the virus, the Bureau of Land Management will offer a lowered royalty rate for 60 days, with an opportunity to reapply.

Facing a $1.5 billion revenue decline, the governor has once again mobilized a group of energy experts to propose solutions.

The Trump administration has started giving energy companies temporary breaks on royalties they must pay for oil and gas extracted from federal lands because of the coronavirus pandemic.

Tension looms over a company's bid to restart operations at an old coal mining site in Wyoming.

Renewable energy projects forge ahead in Wyoming despite pandemic

Wyoming wind energy projects appear to still be on track this year, despite an historic economic upheaval in recent months.

Power lines connect to the Bar Nunn substation Wednesday. Dinosolar LLC plans to build a field of solar panels to the west of the substation. 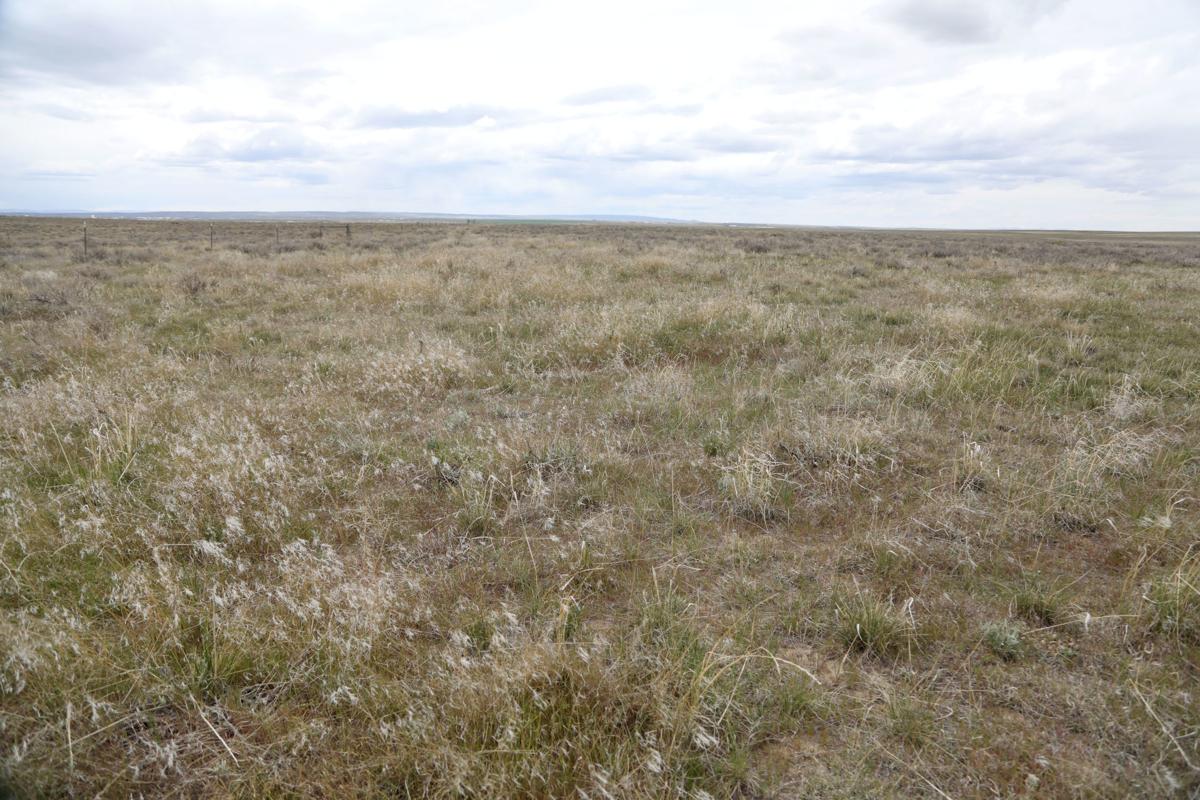 Power lines connect to a substation in Bar Nunn Wednesday.