President Donald Trump wants lower oil prices and is using his preferred means of communication — Twitter — to spread a message to states like Wyoming that prices must go down in order to help the economy.

In a tweet Wednesday morning, Donald Trump thanked Saudi Arabia for the falling price — making the market shake and Wyoming with it.

“Oil prices getting lower. Great! Like a big Tax Cut for America and the World,” the president wrote.

Oil prices getting lower. Great! Like a big Tax Cut for America and the World. Enjoy! $54, was just $82. Thank you to Saudi Arabia, but let’s go lower!

It’s a different story in Wyoming. The last year and half has been nothing but good news for the oil industry. Greater than expected global demand and drawdowns of crude stockpiles boosted the already rising price. And with that price bump came much needed activity in the state.

More drillers were applying for wells in the Powder River Basin and down in the gas fields. Each revenue forecast came out with an increase due to better than anticipated oil prices. After the bust that gripped the state in 2015, the improvements were a relief. All those jobs, all that missing revenue, would be a thing of the past if the price held.

And it did, until a few weeks ago, when day by day the national benchmark, West Texas Intermediate, started to retreat.

With more activity planned in Wyoming’s oil plays, and recent hope for the state’s brightening fiscal outlook, the question for Wyoming is whether the oil price fall matters yet. If $70 oil was Wyoming’s savior, what does the president’s celebration of $40 oil mean in the Powder or in the DJ Basin east of Cheyenne? Is $50 oil going to slow the pace of growth and dent Wyoming’s optimism or simply inject the state with a dose of reality?

“People really got on board with high oil prices. That trajectory, it was only going in one direction,” said Rob Godby, director of the University of Wyoming Center for Energy Economics and Public Policy. “I think that the past last six weeks reminds people that oil prices are pretty volatile.”

Trump has had a problem with oil prices for some time, complaining via Twitter that the price was too high back in July. Market watchers weren’t too concerned by the president’s bluster.

The waves lifting the price were global and happening in tandem. The OPEC cartel reduced production and that discipline held. Iran sanctions reinstated by the U.S. caused some to wonder whether production would fall further, while others noted that was unlikely. Meanwhile, global economic growth predictions were higher than anticipated.

And the drawdowns kept coming. There was plenty of supply, but maybe there was demand to meet it.

“The world’s been remarkably stable. The drivers, like global demand, have been growing. We’ve really had synchronized growth in all corners of the world,” said Godby, the UW economist. “Then you look at some of the things that could screw it up … Maybe there was just over exuberance in the oil market.”

Lately, the uncertainty has come from politics and the U.S. president’s claims that he’s pressuring the Saudis to release production and keep the price of oil low.

The price has been falling since early October, based largely on disagreement over supply and demand imbalances. The drop led to promises from the Saudis in early November that the country, the leading voice in the OPEC cartel, would curb production in hopes of breaking the price slide.

Then on Tuesday, amidst continued discord regarding the murder of American resident and Washington Post journalist Jamal Khashoggi in a Saudi consulate in Turkey, Trump put out a statement pledging renewed support for the country.

“The world is a very dangerous place and so is the oil market,” wrote analyst Phil Flynn of the PRICE Futures Group in Chicago in an investors note Wednesday regarding the president statement that oil prices would soar if the U.S. backed out of its relationship to the Saudis, a relationship tied to $450 billion in investment promises from the Middle Eastern nation, according to the president’s statement.

The president has backed the Saudis despite an international outcry over the murder of Khashoggi.

Trump said in his statement that the Crown Prince Mohammed bin Salman claims not to have been responsible for the journalist’s death. Despite the CIA’s investigation that found the journalist was murdered at the order of the crown prince, the president said that bin Salman may have known or may not have known.

“Maybe he did or maybe he didn’t know,” Flynn noted Wednesday, using the president’s noncommittal verbiage. “But what we know for sure was that the oil market was rattled.”

The retreating prices of the last six weeks, and the push from the White House to depress them further, aren’t necessarily a bomb going off for Wyoming’s crude producers.

Hot areas for drilling like the Powder River Basin have become increasingly popular since the price began to steadily increase. But the play itself is not yet at maturity. Private firms like Devon Energy and Samson Resources are invested in the Powder, while a handful of large independents like Anadarko Petroleum, Chesapeake Energy and EOG Resources are directing capital to development, having staked claims since before the downturn.

Their current outlook, though instigated by the price increase, has been strategic and long term.

“The Powder River Basin is now ready to become a meaningful contributor to EOG’s future growth,” said Dave Trice, executive vice president for EOG’s exploration and production, in a call with investors this spring.

Trice noted in an October earnings call that the company’s drilling activity would not likely increase significantly next year, because EOG would focus on laying infrastructure for the Powder’s future.

Meanwhile Chesapeake’s rig count in late fall had reached a pre-bust apex with six rigs operating in the Powder, according to a recent report from EnerCom Inc. — an oil and gas consulting firm based in Denver.

A spike in drilling permit applications largely focused on Wyoming’s Powder River Basin — which hit a record 18,000 this fall — is a signal of producers seeking control of Wyoming drilling rights more than their desire to immediately call in dozens of rigs, experts agree. Still, producers in the Powder are well aware of what cutoff point in price makes the play unprofitable.

“I think producers have always had to see through that volatility,” said Godby, the UW economist. “The smart ones say ’what is the lowest price we can make this play work at. What’s the probability of that happening?’ If you can do it at $30 a barrel, you go in and do the play.”

Nationally, high prices for oil are just another cost for businesses and for consumers. When the price of oil falls, it’s seen as good news for many because the price of gasoline will also fall.

But in Wyoming, a lower price of crude trickles through the entire economy. It means the state and its counties receive less income for every barrel that comes out of the ground. If drilling slows, companies restrict spending, killing the vital sales and use taxes that fund police departments, schools and conservation districts.

For every $10 change in the price of crude, Wyoming experiences a $120 million boost or plunge in revenue, he said. Of late, oil revenue in particular has grown in importance, representing 37 percent of severance taxes — higher than natural gas or coal, Liu said.

Wyoming has spent two years cutting its budget and slashing funding for state programs as a result of low crude prices. While drilling dried up in the Powder and DJ basins, so did the money that fuels the Cowboy State.

The steady increase in the price of crude was the bright spot on the horizon and the surprise turnaround depressed interest in the taboo subject of new taxes during the Wyoming Legislature’s last budget session.

In October, the state’s annual revenue projections revealed $463 million in unexpected revenue over the next few years.

“The [revenue] report in October was good news, no question about it. Mainly because of the price of crude oil,” said Sen. Eli Bebout, R-Riverton, the CEO of an exploration and production firm in Fremont County.

Bebout was a proponent of cutting spending in Wyoming when the bust hit rather than dipping into savings. The then-Senate president maintained his conservative spending stance during the budget session in February, placing the Senate at odds with the House when it came to taking further swipes at Wyoming’s public schools.

The senator did not expect the price uncertainty to have a dramatic effect on the drilling activity that’s improved revenue expectations. And Wyoming’s energy sector has multiple components. Natural gas prices have recently risen to a four-year high, nearly doubling since September.

That could offset the uncertainty in oil, he said.

But the oil price slide is notable, a reminder that Wyoming needs to focus on broadening the tax base to cushion the state from swings and dips.

“Wyoming should always be concerned about the volatility of commodity prices,” he said. “That’s the history of our state.”

Dumb mistakes you can avoid when investing

The gradual rise in oil prices is slowly pulling Wyoming’s economy out of its recent recession. That trend is likely to continue, analysts say…

Oil is down. Why haven't Wyoming's gasoline prices followed suit?

Wyomingites stopping to fill up their trucks with gas or diesel these days face a predicament that’s not common for the Cowboy State: It’d be … 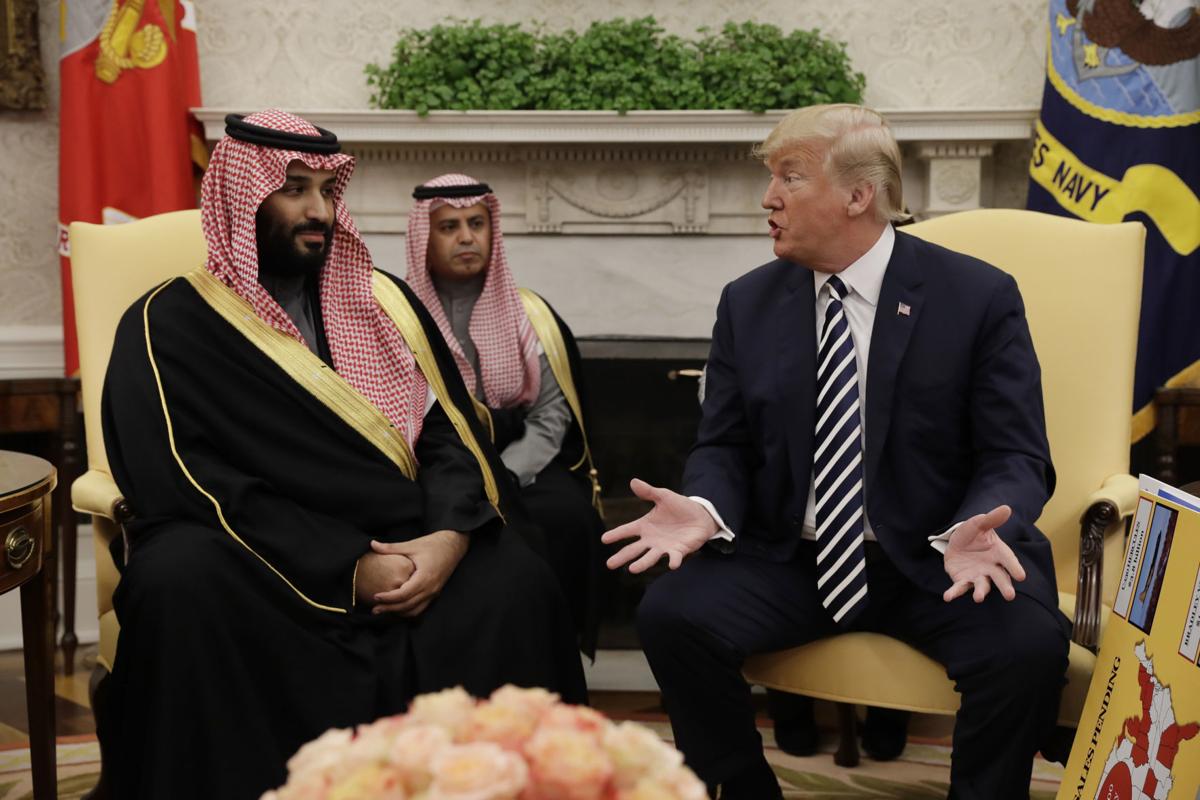 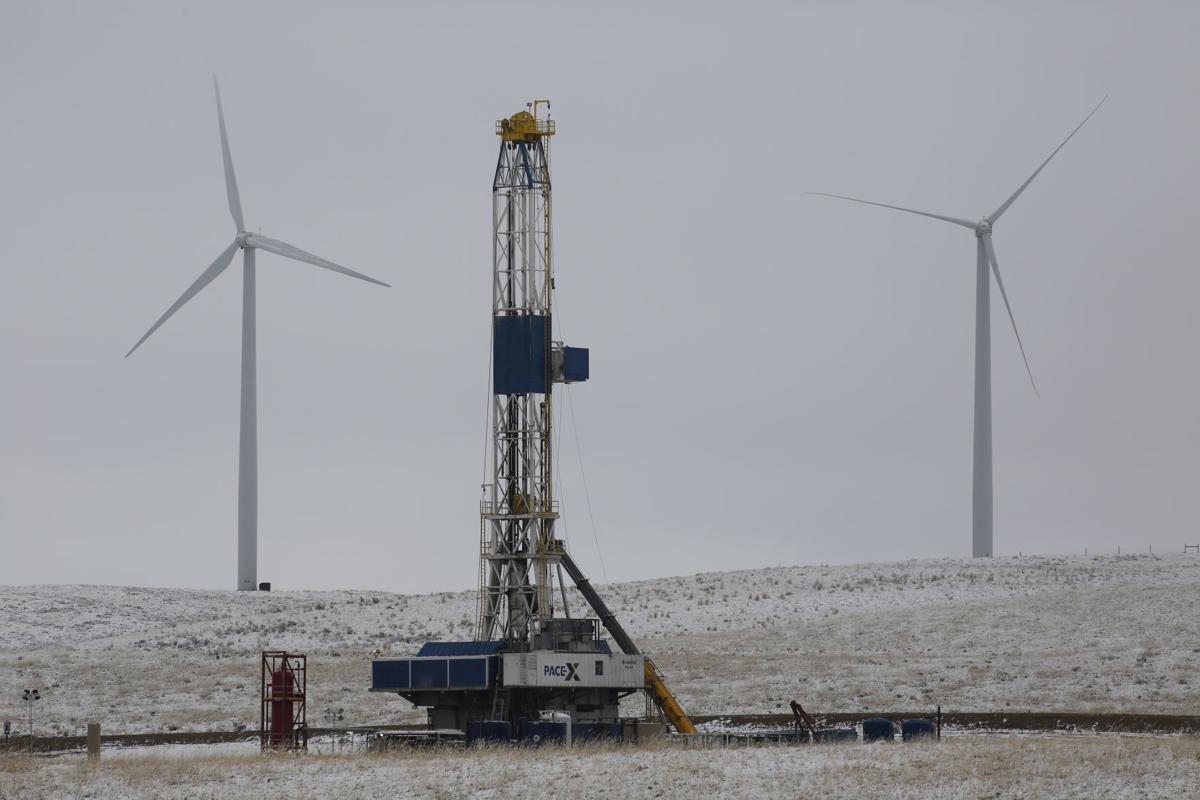