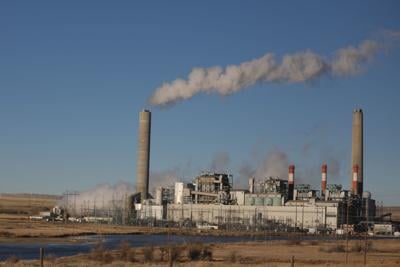 Wyoming has long held its ranking as the nation’s leading producer of thermal coal, contributing to about 40% of the total supply in the country. But competition from cheap natural gas and renewable energy has gradually shoved coal out of its top spot in electricity markets.

Yet the state still heavily relies on revenue generated from coal production and has yet to find other sufficient cash streams to replace it. Dwindling demand for coal in recent years has translated into less and less money to cover Wyoming’s government and essential public services.

Proponents of the drafted legislation say they want to defend Wyoming’s coal fleet to ensure the electricity grid remains reliable for years to come. Many of the bills seek to ensure Wyoming’s power grid maintains a source of continuously available electricity supply, like coal, especially as companies invest more in renewable energy.

Wyoming Legislature wastes no time, as it convenes for in-person session

The Wyoming Public Service Commission, along with the state’s leading rate-regulated utilities, urged the nine committee members to proceed with caution on Monday. Attempting to overhaul the state’s energy policies in the ways the bills suggest could end badly for electricity customers, they said.

The committee did not take action on the drafted bills, and will likely continue debating them Wednesday.

The Star-Tribune unpacked what the four coal bills seek to change.

This bill would ask state regulators to analyze how closing a coal or natural gas power plant could affect grid reliability before giving a company the OK to retire it.

Prior to giving a utility company permission to shut down an aging power plant unit, state regulators would have to consider if the closure would increase the risk of power outages.

Under the proposed bill, utilities would also be held liable for damages or injuries caused by certain kinds of power outages.

Under this bill, coal-fired power plant units would be prohibited from retiring, unless utility companies take additional steps to prove the efficacy of ceasing operations. The level of proof required under the bill includes demonstrating a coal closure would save ratepayers money and would not affect reliability of the grid, among several other standards.

In other words, the bill will not allow the state commission to give a green light to coal closures, unless the utility can present a certain amount of evidence in support of the closure.

In comments provided to lawmakers on Tuesday, the Public Service Commission emphasized it already had the obligation to ensure “just and reasonable rates,” for electricity customers, suggesting the legislation may be redundant.

In the name of reliability, this bill makes utilities in Wyoming eventually source 100% of their electricity from “dispatchable” sources of power.

The bill defines “dispatchable” as a type of power that is available on demand and is not dependent on “the presence or variability of wind, sunshine or other weather conditions.”

Under this definition, “dispatchable” sources would include coal and natural gas, but not wind or solar.

If utilities failed to comply with this standard, the state could potentially punish the company by revoking a certificate needed to operate here.

“I think we should explore other, lesser penalties,” Public Service Commission Chairman Chris Petrie recommended. He feared the ultimate victim would be Wyoming ratepayers.

In this legislation, electricity generated for Wyoming customers would have to come from a select list of “eligible” power sources, albeit with a few exceptions.

Wind and solar are not listed as eligible generating sources in the bill.

This year is not the first time lawmakers have attempted to give coal the upper hand in electricity markets here.

In recent years, Wyoming’s Legislature has passed a bill requiring utilities to attempt to sell a coal unit before retiring it. Another bill, signed into law last year, gave state regulators the authority to set low-carbon electricity generation standards for utilities, all as a way to incentivize additional investment in the state’s abundant coal resources.

The rules for these two new laws have yet to be fully implemented.

House Bill 166 would prohibit the early retirement of coal or natural gas power plant units unless a utility company takes additional steps to prove ceasing operations would not hurt customers or reliability.

What happened this week in Wyoming's Legislature? Here's a recap

Since peaking around 2008, coal production in Wyoming has been declining, with annual production now about half what it was just a decade ago. Several lawmakers are determined to reverse that trend.