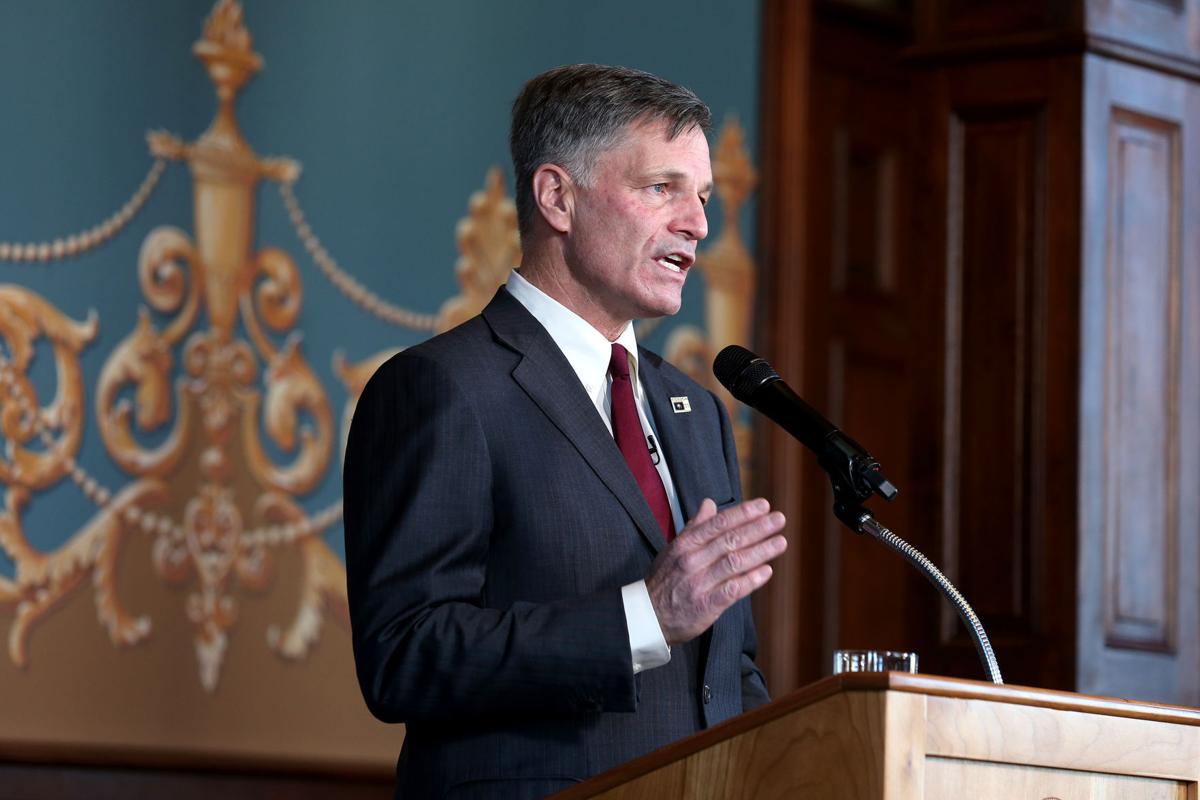 Gov. Mark Gordon gives the State of the State address to the 66th Wyoming Legislature on March 2 inside the state Capitol. Wyoming filed a lawsuit against the Biden administration on Wednesday over its decision to temporarily pause the leasing of federal lands for oil and gas development. 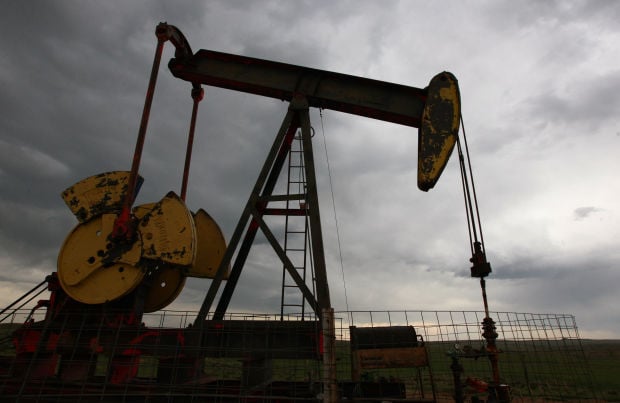 A pumpjack on an oil well pictured in 2014 west of Gillette.

Wyoming filed a lawsuit against the Biden administration Wednesday over its decision to temporarily pause the new leasing of federal lands for oil and gas development.

The assistant attorney general filed the suit in the U.S. District Court for Wyoming.

The defendant in the case is the new Secretary of the Interior Deb Haaland, along with the acting director of the Bureau of Land Management.

“Following a careful review of not only the President’s Executive Order, but its practical effect, it is necessary for Wyoming to protect its citizens and challenge the Secretary’s action,” Gordon said in a statement Wednesday. “Not only is this federal action overreaching, it was implemented without public input as required under federal law.”

The Bureau of Land Management, a branch of the Interior Department, typically holds lease sales four times a year in states across the West, auctioning off parcels of federal minerals to oil and gas companies for development.

But Wyoming’s first quarter sale, originally scheduled for the week of March 15, was indefinitely postponed, “to confirm the adequacy of the underlying environmental analysis,” according to the BLM.

Many elected officials in Wyoming have taken a firm stance against Biden’s proposal to slow fossil fuel production on federal lands in the name of climate change.

The state produces more natural gas and oil from federal minerals than almost any other state in the country and relies heavily on the economic activity and revenues it generates.

The Interior Department has clarified that the leasing moratorium is not intended to stop activity on existing leases held by oil and gas firms.

“The world will continue to need and use oil and gas for the foreseeable future,” Gordon continued. “The question is whether it will be produced under the environmental safeguards in place on federal lands in Wyoming, or overseas without equally stringent regulations.”

Wyoming political leaders and industry groups have been on the offensive since the Biden administration issued orders earlier this year to pause oil and gas activities on federal lands.

“Wyoming is fighting back against President Biden’s war on American energy workers," Sen. John Barrasso said in a statement in response to Wednesday's lawsuit. "Governor Gordon is taking action to combat the Biden administration’s illegal ban on oil and gas lease sales on federal land."

"The people of Wyoming were never consulted before this executive order was signed," he added. "Now, the administration will hear our arguments in court."

Last week, the state joined 20 other states in a separate lawsuit against the Biden administration over its decision to halt the construction of the Keystone XL pipeline.

"I am very concerned about companies making choices in the coming weeks and months to move assets out of Wyoming and into other states with less federal land," Gov. Mark Gordon stated.

What's in store for Wyoming coal under Biden's executive orders?

Coal came out largely unscathed from President Joe Biden's recent surge of executive orders. But miners here in the nation's top coal producing state aren't resting easy. Many say the worst is yet to come.

Sen. John Barrasso fired off a letter on Friday to the Interior Department, decrying the leasing moratorium and demanding answers to a series of questions.

The sponsor of the Keystone XL crude oil pipeline said Wednesday it is pulling the plug on the contentious project after Canadian officials failed to persuade President Joe Biden to reverse his cancellation of its permit on the day he took office.

Gov. Mark Gordon gives the State of the State address to the 66th Wyoming Legislature on March 2 inside the state Capitol. Wyoming filed a lawsuit against the Biden administration on Wednesday over its decision to temporarily pause the leasing of federal lands for oil and gas development.

A pumpjack on an oil well pictured in 2014 west of Gillette.