State Sen. Ogden Driskill, a Devils Tower Republican and leader in an effort to increase taxes on wind energy, said Tuesday he’s open to carving an exemption for a proposed Carbon County project that is expected to become the country’s largest wind development.

If built, the Chokecherry and Sierra Madre Wind Energy Project would have 1,000 turbines, creating electricity for California, Nevada and Arizona. Over the construction period and the following 20 years, the project is expected to provide $780.5 million in property, wind energy and sales and use taxes to Carbon County and the state.

However, the project’s developers have warned that if the Wyoming Legislature hikes the state’s wind energy tax, the project may not be completed. Construction is anticipated to begin at the end of the year.

In anticipation of the 2017 session, the Legislature’s Joint Revenue Committee is studying taxation and ways to increase money to the state coffers at a time when revenues from fossil fuels are down. The committee will discuss at a meeting later this month draft legislation that would increase the wind production tax — currently $1 per megawatt hour, the nation’s only such levy on wind production.

The committee concluded that wind had been taxed at a lower rate than coal and natural gas. Lawmakers based their conclusions on a study that has been criticized by local government and renewable energy officials.

Driskill, a committee member and a proponent of raising the tax, said he’s talked with officials from the Power Company of Wyoming, which is developing the Sierra Madre project, and from Carbon County. He said he is warming to the idea that the project should not be included in any tax increase.

“They sent a crew up,” he said of the Power Company of Wyoming. “I met with them. They’re great people. I enjoyed the visit with them. It definitely had an impact on me, and I’ve had a lot from input from people down in that area of the state.”

A Sierra Madre exemption could be viewed as a victory for Power Company of Wyoming and the 15,000 residents of Carbon County, which is named after coal reserves that haven’t been mined in a decade due to the depth of coal and expense of mining it.

Officials in the southern Wyoming county tick off the names of small communities that they say are economically depressed — Hanna, Elmo and Medicine Bow, for example — and could benefit from the project, both through construction and taxes, and if companies such as welding shops open to service the turbines.

Power Company of Wyoming, a subsidiary of Anschutz Corp., and Carbon County have been pressing the committee to reconsider the tax increase proposal. Gov. Matt Mead has said he opposes an increase in wind taxes, maintaining the state must first look at using its $1.8 billion rainy day fund.

A draft bill before the Revenue Committee leaves blank the amount that the wind production tax would increase, with the committee deciding the amount at the upcoming meeting – assuming lawmakers decide to move forward with the legislation.

Rep. Mike Madden, a Buffalo Republican who chairs the committee, said he is not interested in tying it to a wind production tax credit that the project may qualify for, as was discussed at a Revenue Committee meeting in May.

It remains to be seen whether other wind energy producers in Wyoming can persuade lawmakers to stay away from tax increases. Twenty-one wind farms dot the Wyoming landscape. On a blustery day, they produce 1,412 megawatts of electricity. In addition to the Sierra Madre project, there are others in planning stages.

Kara Choquette of the Power Company of Wyoming said the federal permitting process is expected to finish soon on the Sierra Madre project, which would allow construction to start. If taxes are increased, the cost of electricity would be passed on to power users. Utilities in places such as California, which has a standard requiring 50 percent of electricity come from renewable sources by 2030, may ultimately pass on Wyoming wind for cheaper renewables from states without production taxes. That could derail the Sierra Madre project, she said.

“If they’re looking out for the interest of their customers, they’re more likely to choose that lower-priced product,” she said of utilities. “It’s like any business.”

Carbon County Commissioner Leo Chapman said the tax is antithetical to economic diversity, which the state sorely needs after yet another energy boom has gone bust.

The coal industry has contributed at least $2,690 to the political campaigns of members of the Revenue Committee, according to the National Institute on Money in State Politics, which tracks contributions to state legislators.

Wyoming's Energy Rebound Program is launching its second round of applications for CARES Act money.

The states of Wyoming and Montana are pushing back on the federal government's claims that a lawsuit over a proposed Washington coal port is moot because the project collapsed.

What financial pros have to say about inflation fears

What factors are driving these inflation fears? Plenty. Also, check out more of the week's best finance reads from experts at NerdWallet, The Motley Fool and Forbes.

2 Changes to Social Security You Probably Didn't Know About

They might have impacted your pocketbook, but did you notice? 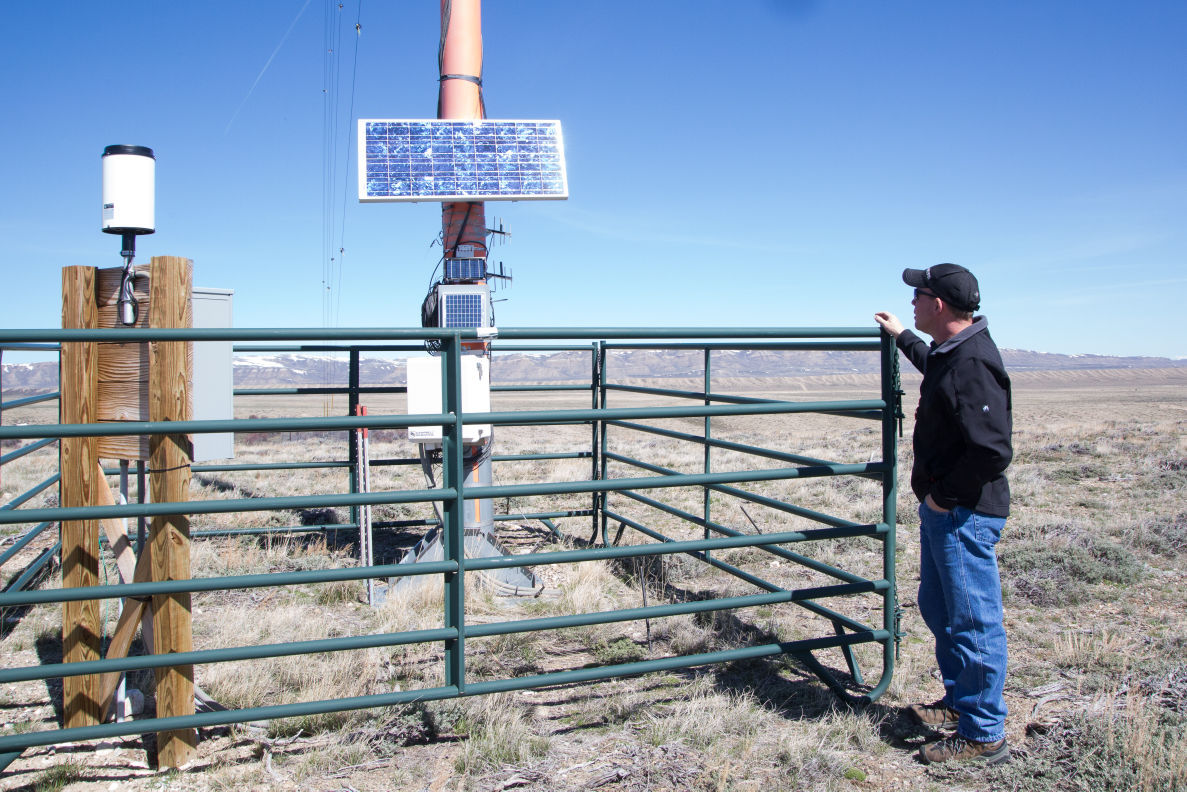 Jason Theesfeld, a contractor for Power Company of Wyoming, stands beside a measurement tower this spring in Rawlins. Theesfeld maintains the towers, which track wind and weather information for the Chokecherry Sierra Madre wind energy project. 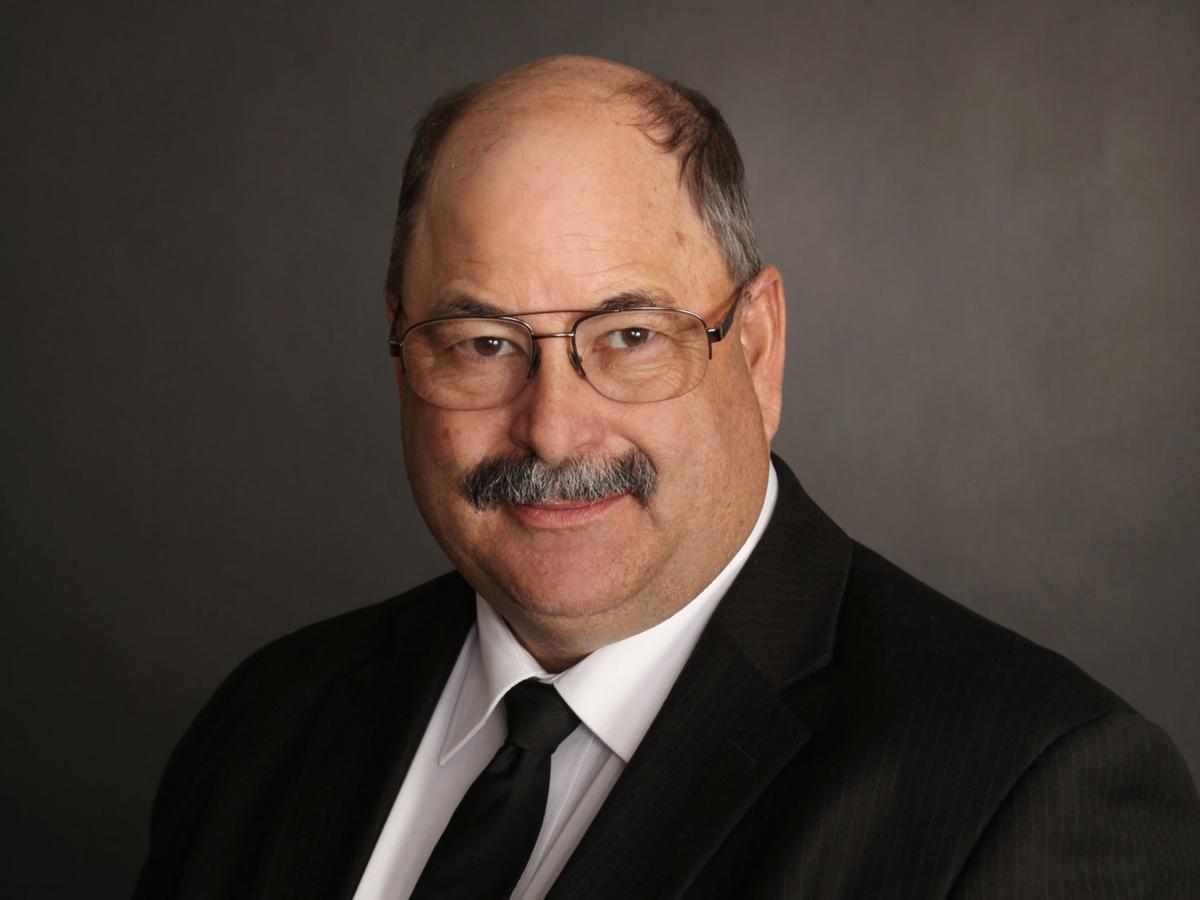