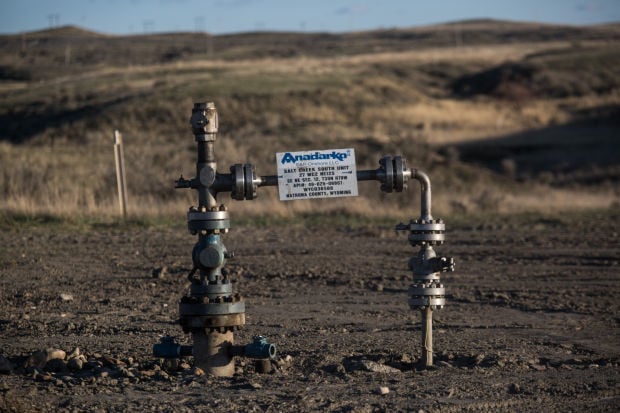 A wellhead bearing Anadarko's name is seen in April 2015 at the Salt Creek oil field in Midwest. The company that bought Anadarko, Occidental, may provide some insight into a proposed multimillion-acre land deal. 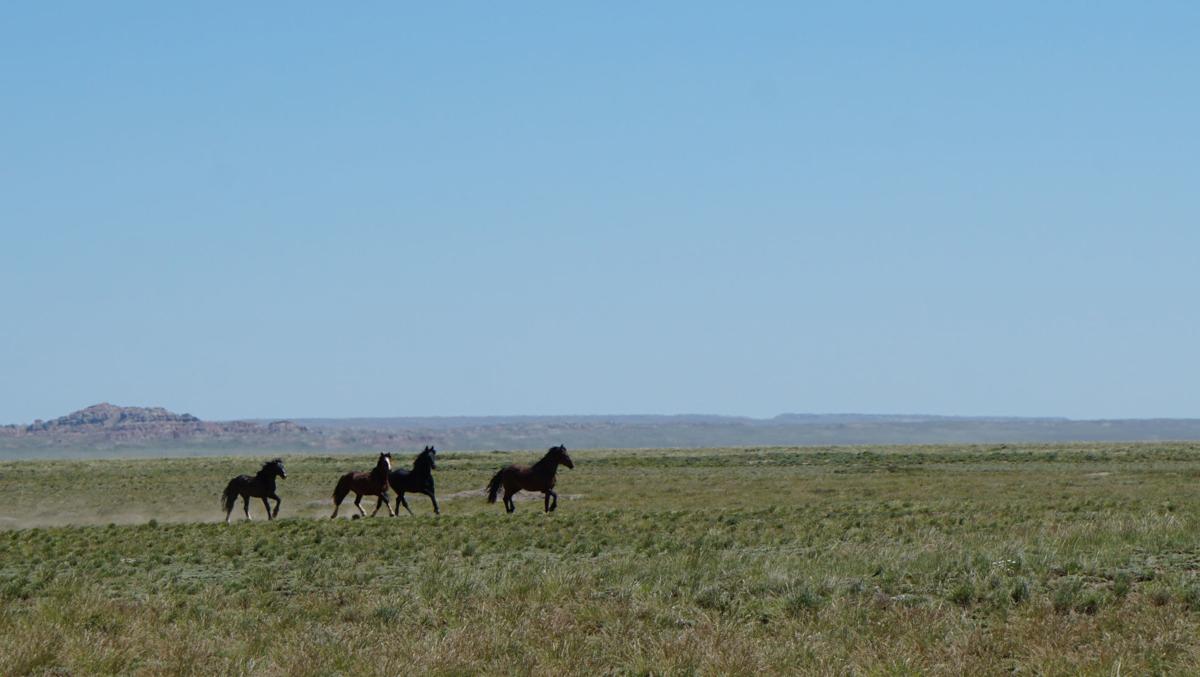 Herds of horses run wild in the Red Desert.

Wyoming’s potential acquisition of 1 million acres of land and 4 million acres of mineral rights has prompted many questions. Many details concerning the checkerboard blanket of land spread across southern Wyoming, with some acres bleeding into Utah and Colorado, have yet to be ironed out.

How much will the land cost and who will appraise it? What potential returns could it have for Wyoming? What will the public input process look like if the deal moves ahead? How will the Legislature protect cities and counties losing out on property taxes?

Proponents of the move, including the governor, have assured skeptics that this is just the beginning of a long process. Legislative bills — Senate File 138 and House Bill 249 — would authorize the state to use certain funding streams for the purchase. The Legislature’s endorsement would also help lay the groundwork for collecting information and making a clear-eyed decision.

Some insight into the deal could be found with its current owner: Occidental Petroleum Corp.

Occidental is an independent oil and gas producer that shook the energy industry when it acquired Anadarko Petroleum for a whopping $38 billion after a competitive bidding process last summer. The sale was by far the most expensive merger of 2019 in the oil and gas sector. The ownership transfer shifted over Wyoming land — initially acquired from Union Pacific Resources in 2000 — to Occidental.

The Niobrara and Codell plays promise the land comes with some minerals. And the governor noted the potential of natural resource development — from oil, gas, trona, rare earth elements and more.

“Our conversations with Occidental Petroleum have been positive, but this is only the beginning,” Gordon said in a statement. “We now need to look at the challenges and the opportunities presented to us.”

But it’s worth asking why Occidental made the decision to shed the land from its portfolio in the first place. And what Wyoming could stand to win, or lose.

“It is really hard to say this is going to suddenly boost the economy of the state, because this is private land,” University of Wyoming economist Rob Godby said. “If those opportunities existed there, then the question you have to ask is why aren’t they being exercised.”

It’s been a turbulent time in energy markets in the months since Occidental’s purchase. Oil prices have slipped below $50 amid growing geopolitical tensions, a global virus outbreak and the likelihood of an imminent recession, to name a few factors.

“Obviously, Occidental is trying to raise cash,” Godby said. “They don’t see this land as valuable enough. We’ve all heard of people who are land rich and cash poor. Occidental may be feeling something like that too.”

The economist wondered if the state could afford to take on less liquid and more speculative assets on an open financial market. Ultimately, Godby emphasized caution.

These Are the Safest Places to Keep Your Emergency Fund

These Are the Safest Places to Keep Your Emergency Fund

Most People Don’t Know Enough About Their Finances, and Their Parents May Be to Blame

Most People Don’t Know Enough About Their Finances, and Their Parents May Be to Blame

A wellhead bearing Anadarko's name is seen in April 2015 at the Salt Creek oil field in Midwest. The company that bought Anadarko, Occidental, may provide some insight into a proposed multimillion-acre land deal.

Herds of horses run wild in the Red Desert.