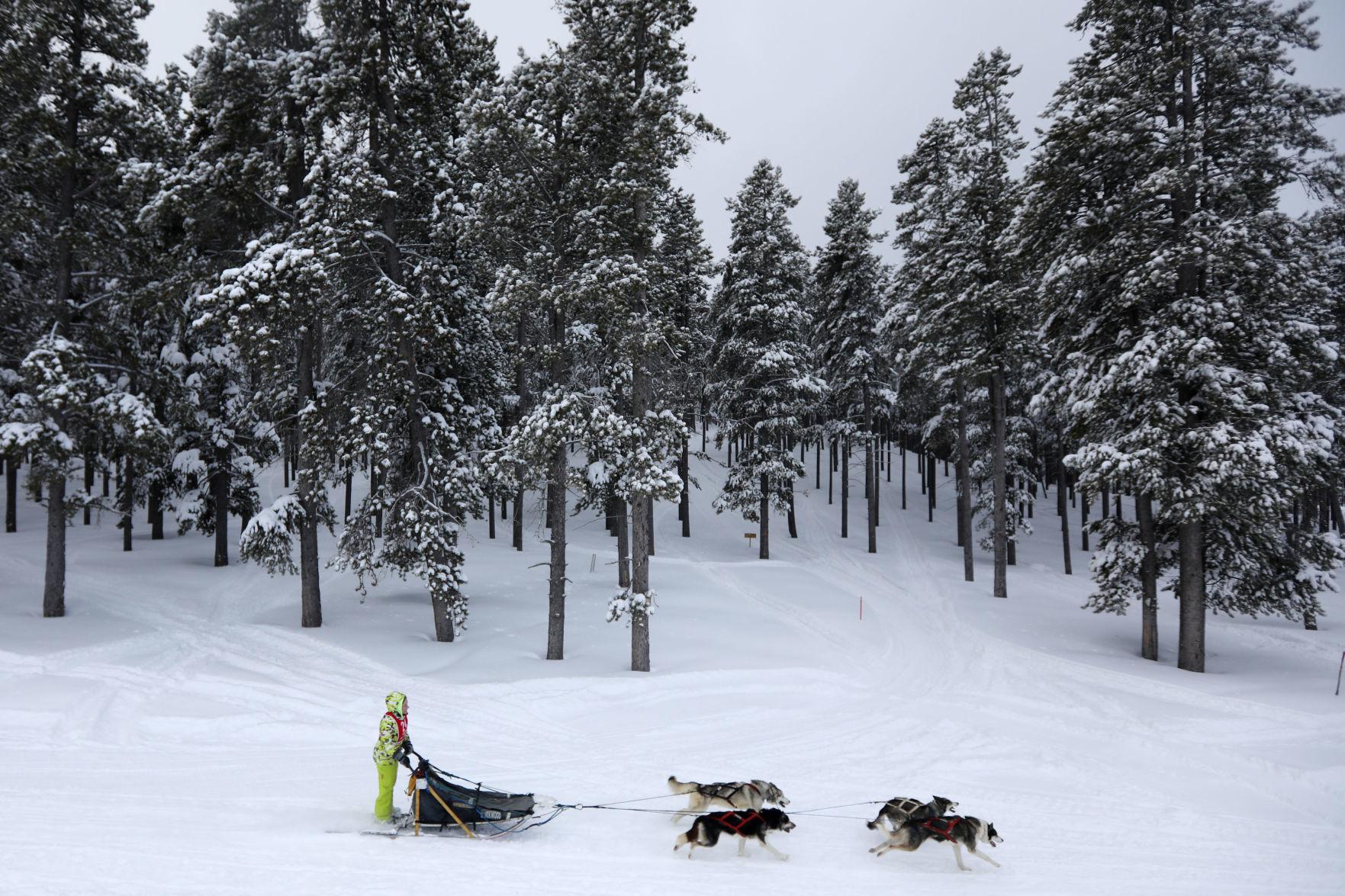 A musher and her team of four sled dogs head out for a 4-mile race at the Pam Dunn Memorial Fun Run on Feb. 8 on Casper Mountain. The racers competed at Bear Trap Meadow.

Representative Pat Sweeney of District 58 reads over his list of House bills Monday during session in Cheyenne. Sweeney's bill to amend the state constitution to expand Medicaid failed Friday.

A late proposal to amend the state constitution to expand Medicaid failed Friday afternoon, the second time in five days that lawmakers roundly rejected the program.

Casper Republican Rep. Pat Sweeney filed the bill Wednesday. It faced a tall order: It would’ve required two-thirds of the House and Senate to vote yes before being sent to Wyoming’s voters for approval. Early Friday evening, the House voted overwhelmingly — with 40 nos and 16 ayes — to end the effort for this session.

In testimony before the vote, Sweeney told his fellow lawmakers that he wanted to avoid what had happened in Idaho, Nebraska and Utah.

“What I don’t want us to get into is what our neighboring three states had in 2018 — not that long ago,” he said. “Ballot measures that they didn’t control. With this constitutional amendment, that’s what this is about.”

The bill faces a tougher road than normal legislation because it would amend the Wyoming Constitution.

He said that while the vote would eventually have ended up in front of the voters, the legislators could control the language and the breadth. His bill would’ve expanded Medicaid to include those making 138 percent of the federal poverty line, which is about $36,000 a year. That’s the standard language for expansion across the nation.

“Our voters sent us here to make these votes,” said Rep. Tyler Lindholm, a Sundance Republican, urging the House to reject the proposal. “That’s it. And if they don’t like our votes, then they’ll find someone else to do it.”

Hours into the start of the 2020 legislative session, the Wyoming House killed a bill Monday that would've set the stage for Medicaid expansion.

The failure of Sweeney’s bill comes just days after the House swiftly killed another bill that would’ve allowed Gov. Mark Gordon to study expansion and then decide whether to move forward with it, with the Legislature effectively having veto power.

Under the federal rules for expansion, the state would’ve paid 10 percent of the new costs going forward, while the federal government would pick up the remaining 90 percent. According to state projections, Wyoming would’ve paid $18 million vs. $136 million from the feds. 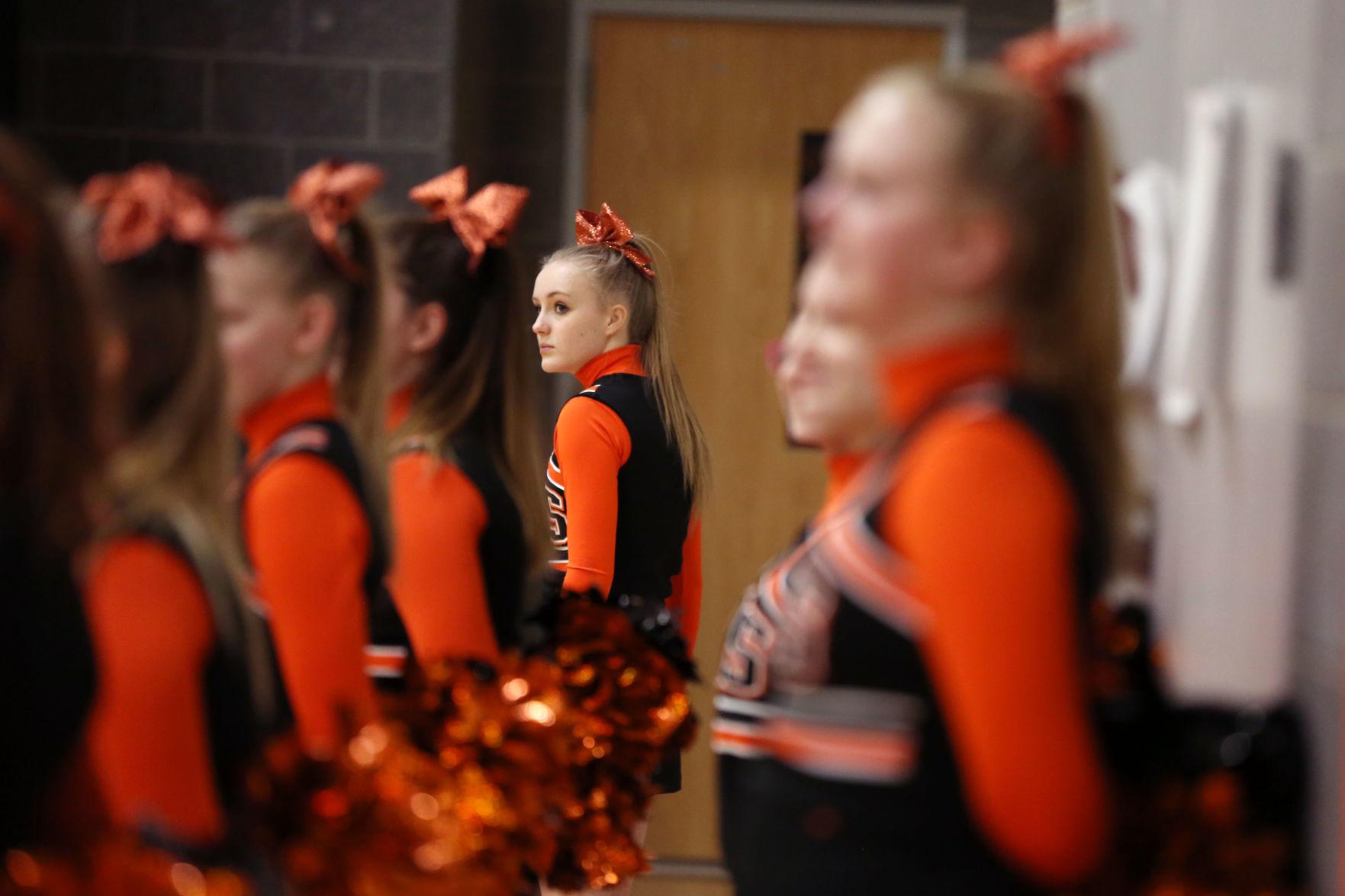 The Natrona County High School girls varsity cheerleaders stand on the sidelines for the Fillies basketball game against Laramie on Friday in Casper. For more on the game, see Sports B2.

Black Friday shoppers line up outside Best Buy at Casper's Eastridge Mall in November 2011. A bill that would have created a corporate income tax targeted at large, out-of-state retailers will not be voted on this legislative session.

CHEYENNE — After a year of work, legislation to introduce a corporate income tax — a source of significant controversy in the past year — will not be heard in the 2020 legislative session, House Speaker Steve Harshman confirmed in an interview Friday morning.

Sponsored by Rep. Jerry Obermueller, R-Casper, the bill would have levied an income tax on publicly traded companies with more than 100 shareholders, an effort, he said, to extract revenues from big box stores like Walmart that he believed could absorb the costs due to their national pricing models.

Critics, however, speculated the legislation — which would have raised about $20 million per year — could potentially lead to increased prices, lost jobs or store closures. Others called the legislation unworkable, saying that it unfairly created divisions between publicly traded chains and large private companies, which they said would be given unfair advantage under the bill.

The pressure that elicited was enough to keep the bill off the floor this year, though Obermueller said he is willing to revisit the conversation.

“The timing isn’t right this session,” he said in a text message. “But I will keep working on all issues that address the changing times in Wyoming and our overreliance on energy producers.”

Sen. Rand Paul, R-Ky. speaks about health care in March 2017 during a news conference on Capitol Hill in Washington.

CHEYENNE — Rep. Tyler Lindholm brought a U.S. senator to the Wyoming Capitol on Friday to rally support for his “Defend The Guard Act,” which was intended to restrict national guard deployments without a formal declaration of war by Congress.

The bill failed an initial vote, 35-22, falling far short of the two-thirds majority needed for introduction in the Wyoming House.

The legislation was part of a larger conservative-led effort to end “forever wars” happening in statehouses around the country, announced in response to the continuation of active combat in the Middle East for decades carried out without a formal declaration of war by Congress.

In a joint news conference in the rotunda of the Capitol on Friday morning, Lindholm — flanked by the junior senator from Kentucky — recalled his own time in uniform and the cause he fought for, pondering whether he could support a similar war should his daughter decide to serve.

The legislation would affect public notices for contracts related to government purchases, professional services procurements, and public works and contracts.

For Paul — in town for an event in support his friend Cynthia Lummis’ Senate campaign — the decision to take his support to Wyoming tied in with a greater effort by state legislatures to make themselves heard on foreign policy, a call he said has largely gone unheeded by members of Congress.

That include individuals like Wyoming’s lone congresswoman Liz Cheney, Paul said, with whom he has feuded for months over her hawkish stances on the Middle East.

“It made Iran stronger, it made us weaker, and it made terrorism grow and encouraged chaos in the Middle East,” he added. “The same with Libya, which they supported also. We’re just really on opposite sides of this debate.”

Paul recently co-sponsored legislation to hem President Donald Trump’s war powers, one of a handful of Republican members of Congress to do so.

Even if it had been introduced, Lindholm’s legislation faced a skeptical crowd. A bipartisan group of senators — including two former military members — released a statement opposing the bill.

Some of the group — which included Sens. Brian Boner, Stephan Pappas, Tara Nethercott, Eli Bebout, Mike Gierau and Dan Dockstader — said in their statement the legislation was “unconstitutional.” If passed, they said, it would have handicapped Wyoming’s National Guard and jeopardized the funding for the Wyoming Military Department, 96 percent of which comes from the federal government.

307 Politics: Bringing Wyomingites back, Cheney's busy week and other news

Travel anywhere in the Equality State, and you’ll find any number of individuals concerned about Wyoming’s disappearing youth and the effect it could eventually have.