Please subscribe to keep reading. You can cancel at any time.
Already a subscriber?
Log in or Activate your account.
Loading&hellp
No thanks, return to homepage. 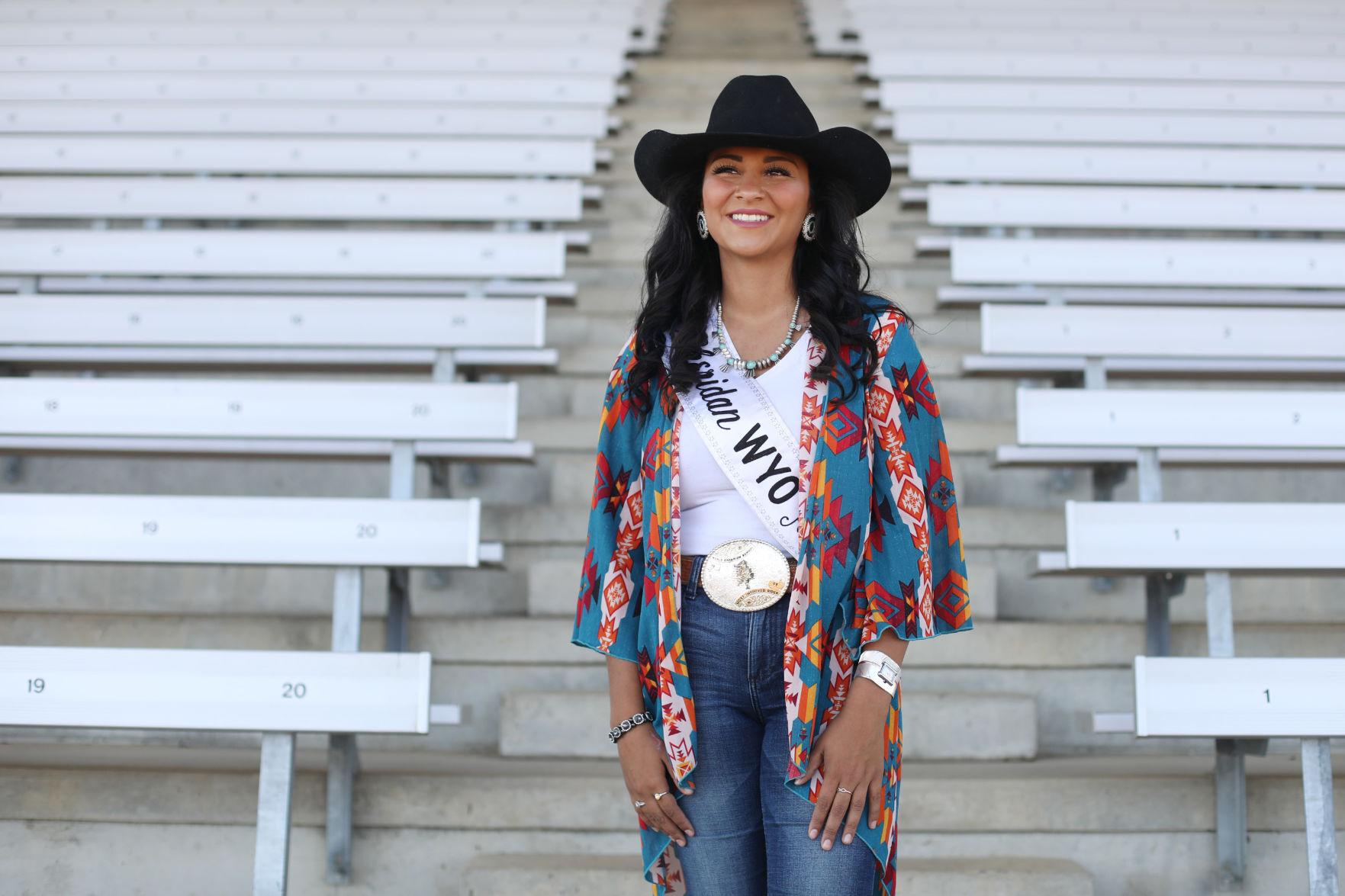 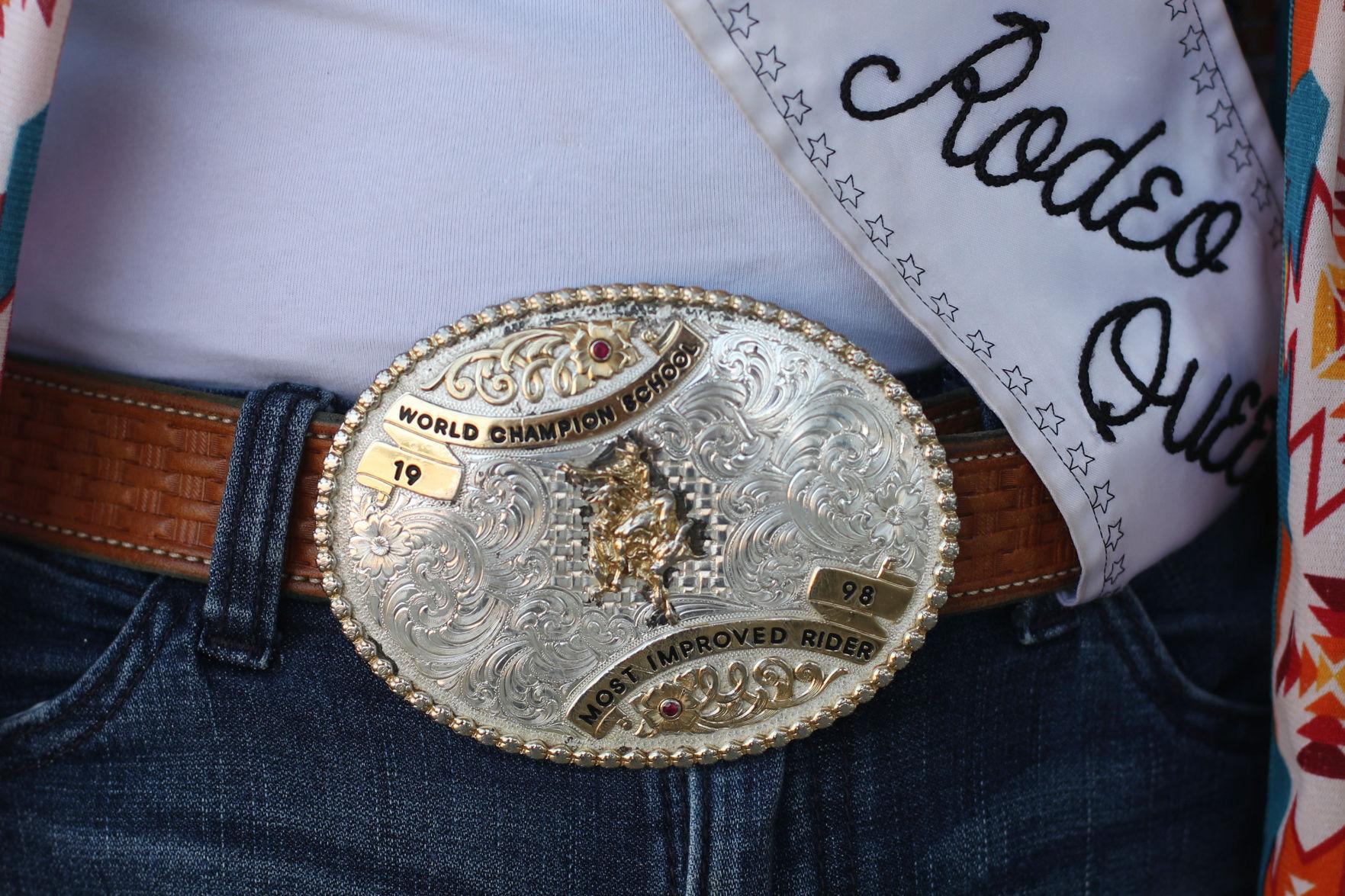 Shayla Conner wears her father's 1998 belt buckle from his time competing in roughstock. Conner has a deep family history with rodeo: Her grandmother is also a former rodeo queen.

WASHINGTON — Democrats pushed a $3.5 trillion, 10-year bill strengthening social safety net and climate programs through the House Budget Committee on Saturday, but one Democrat voted “no,” illustrating the challenges party leaders face in winning the near unanimity they’ll need to push the sprawling package through Congress.

The Democratic-dominated panel, meeting virtually, approved the measure on a near party-line vote, 20-17. Passage marked a necessary but minor checking of a procedural box for Democrats by edging it a step closer to debate by the full House. Under budget rules, the committee wasn’t allowed to significantly amend the 2,465-page measure, the product of 13 other House committees.

Pelosi told fellow Democrats Saturday that they “must” pass the social and environment package this week, along with a separate infrastructure bill and a third measure preventing a government shutdown on Friday. Her letter to colleagues underscored the pile of crucial work Congress’ Democratic majority faces in coming days and seemed an effort to build urgency to resolve long-standing disputes quickly.

“The next few days will be a time of intensity,” she wrote.

Moderate Rep. Scott Peters, D-Calif., joined all 16 Republicans on the Budget committee in opposing the legislation. His objections included one that troubles many Democrats: a reluctance to back a bill with provisions that would later be dropped by the Senate.

Many Democrats don’t want to become politically vulnerable by backing language that might be controversial back home, only to see it not become law. That preference for voting only on a social and environment bill that’s already a House-Senate compromise could complicate Pelosi’s effort for a House vote this week.

Peters was among three Democrats who earlier this month voted against a plan favored by most in his party to lower pharmaceutical costs by letting Medicare negotiate for the prescription drugs it buys.

Party leaders have tried for weeks to resolve differences among Democrats over the package’s final price tag, which seems sure to shrink. There are also disputes over which initiatives should be reshaped, among them expanded Medicare, tax breaks for children and health care, a push toward cleaner energy and higher levies on the rich and corporations.

Democrats’ wafer-thin majorities in the House and Senate mean compromise is mandatory. Before the measure the Budget panel approved Saturday even reaches the House floor, it is expected to be changed to reflect whatever House-Senate accords have been reached, and additional revisions are likely.

The overall bill embodies the crux of Biden’s top domestic goals. Budget panel chairman John Yarmuth, D-Ky., cited “decades of disinvestment” on needs like health care, education, child care and the environment as the rationale for the legislation.

“The futures of millions of Americans and their families are at stake. We can no longer afford the costs of neglect and inaction. The time to act is now,” Yarmuth said.

Republicans say the proposal is unneeded, unaffordable amid accumulated federal debt exceeding $28 trillion and reflects Democrats’ drive to insert government into people’s lives. Its tax boosts will cost jobs and include credits for buying electric vehicles, purchases often made by people with comfortable incomes, they said.

“This bill is a disaster for working-class families,” said Rep. Jason Smith of Missouri, the committee’s top Republican. “It’s a big giveaway to the wealthy, it’s a laundry list of agenda items pulled right out of the Bernie Sanders socialist playbook.”

The unusual weekend session occurred as top Democrats amp up efforts to end increasingly bitter disputes between the party’s centrist and progressive wings that threaten to undermine Biden’s agenda.

Biden conceded Friday that talks among Democrats were at a “stalemate,” though Pelosi and Schumer have been more positive in an apparent effort to build momentum and soothe differences. A collapse of the measure at his own party’s hands would be a wounding preview to the coming election year, in which House and Senate control are at stake.

To nail down moderates’ support for an earlier budget blueprint, Pelosi promised to begin House consideration by Monday of another pillar of Biden’s domestic plans: a $1 trillion collection of roadway and other infrastructure projects. Pelosi reaffirmed this week that the infrastructure debate would begin Monday.

But many moderates who consider the infrastructure bill their top goal also want to cut the $3.5 trillion social and environment package and trim or reshape some programs. They include Sens. Joe Manchin, D-W.Va., and Kyrsten Sinema, D-Ariz.

In response, progressives — their top priority is the $3.5 trillion measure — are threatening to vote against the infrastructure bill if it comes up for a vote first. Their opposition seems likely to be enough to scuttle it, and Pelosi hasn’t definitively said when a vote on final passage of the infrastructure measure will occur.

Click and hold your mouse button on the page to select the area you wish to save or print. You can click and drag the clipping box to move it or click and drag in the bottom right corner to resize it. When you're happy with your selection, click the checkmark icon next to the clipping area to continue.