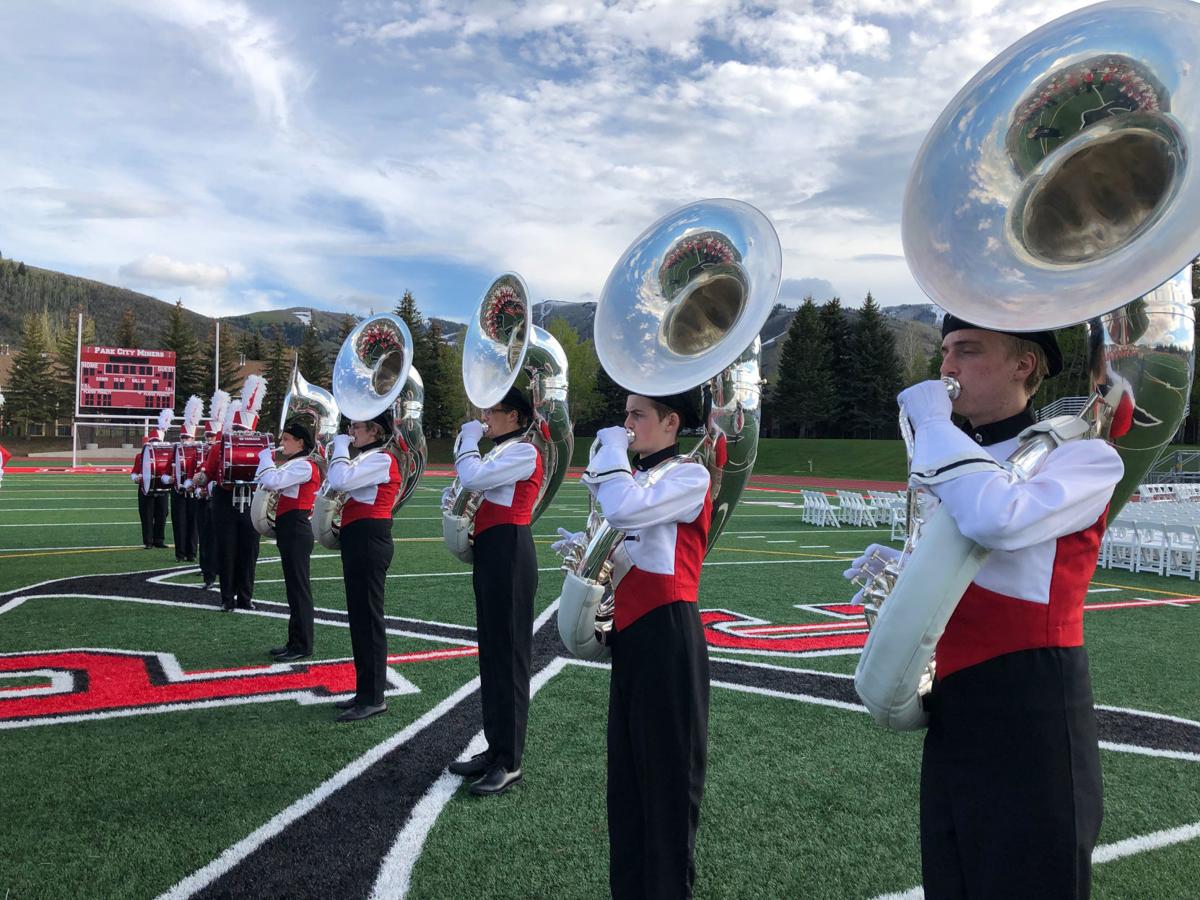 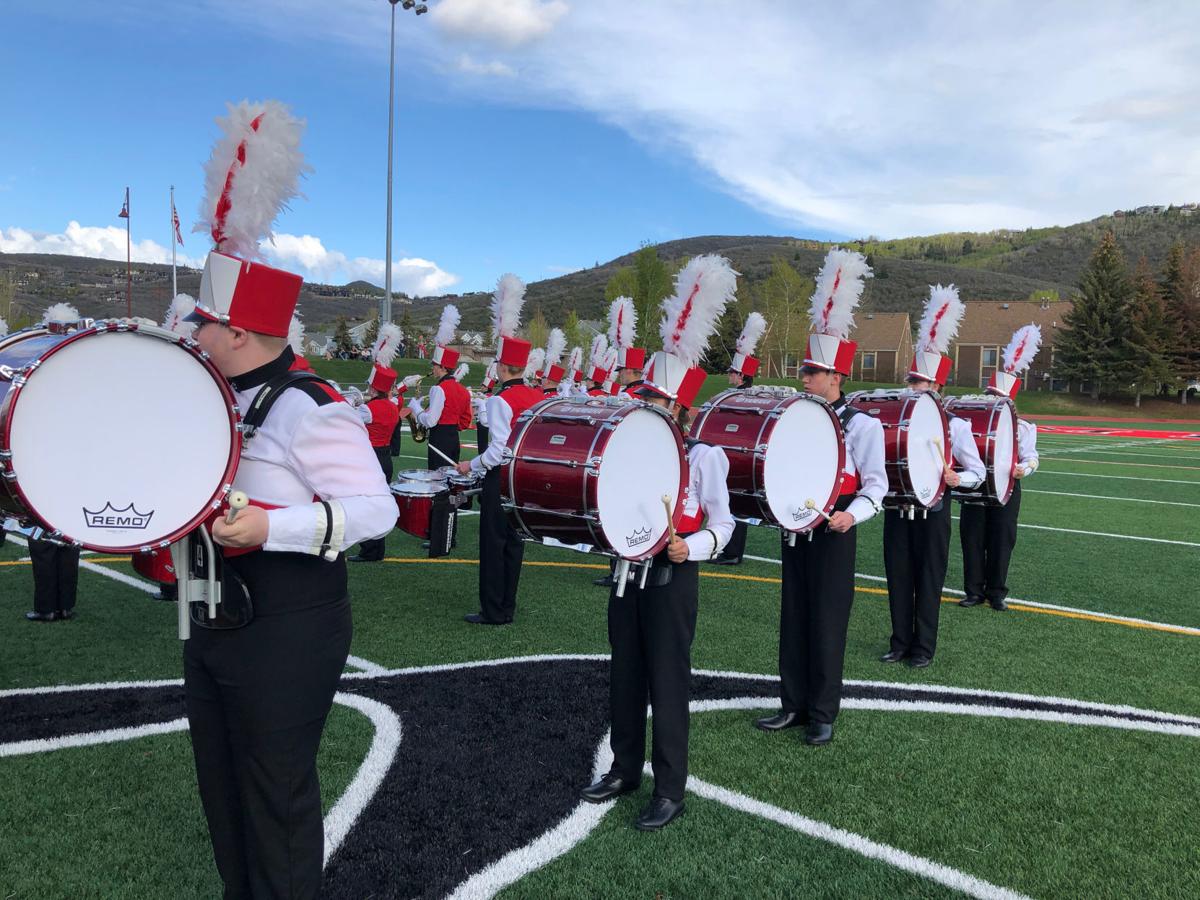 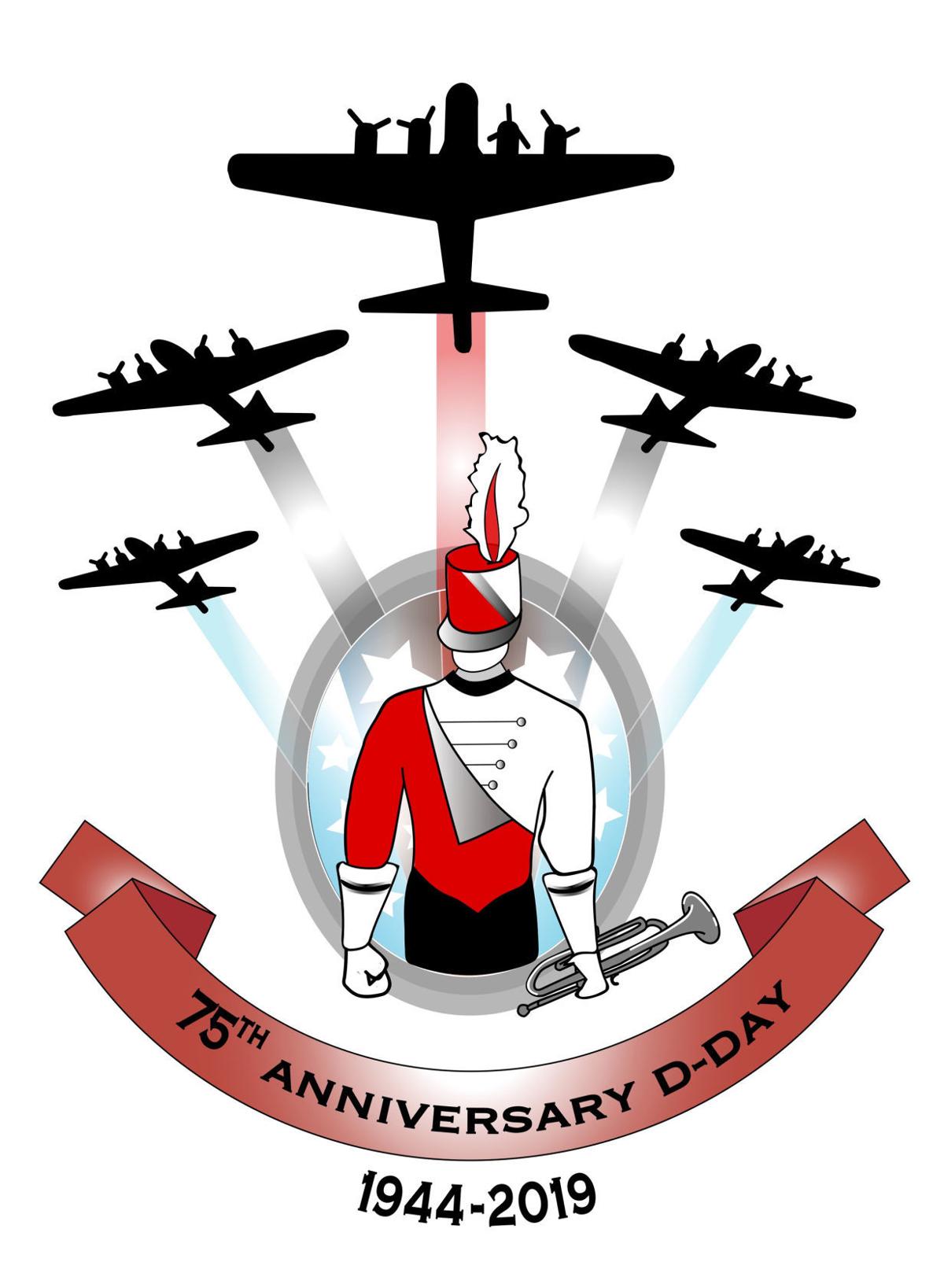 A logo was designed by Park City High School Marching Band member Valeny Valles for the band's tour in Normandy for the 75th anniversary of D-Day. The band directors hail from Wyoming, with director of bands Chris Taylor from Casper and assistant director of bands Bret Hughes from Cheyenne.

Crowds from around the world are traveling to the French region of Normandy for the 75th anniversary of D-Day on Thursday. Natrona County graduate Chris Taylor will help provide the music.

Taylor, the director of bands at Park City (Utah) High School, and assistant director of bands Bret Hughes, of Cheyenne, will direct 77 members of the school’s marching band as they tour Normandy this week for the anniversary of the Allied invasion.

The band’s tour Wednesday through Saturday includes performances for international crowds and dignitaries as part of ceremonies at the Brittany American Cemetery near Saint-James and the Normandy American Cemetery at Omaha Beach, according to the Park City School District. The band also will perform Saturday in the D-Day memorial parade and salute in Sainte-Mere-Eglise, according to the district.

Taylor has learned that security will be extremely tight for dignitaries at the cemeteries, though they don’t know who will be there, he said in a phone interview last week.

“And that is why we’re doing the trip is right there,” Taylor said. “I mean the reverence that the kids will get to feel, a little bit of history up close and personal, I think that’s amazing that we get to be part of that.”

Taylor’s students will help commemorate D-Day, which happened 75 years ago Thursday, and pay respect at the graves of the many troops lost in the invasion.

“My desire is that the kids have a moving experience, something that is going to change their outlook on life,” Taylor said. “Whether it’s gratitude, just increasing their horizons of, ‘Wow this is what was actually happening, these people actually died for a purpose, and it allows us to do what we do today.’”

While the band has prepared music, they’ve discussed World War II history and the meaning of the commemoration. They know this year will be the last major World War II anniversary with a large number of living veterans from the war, Taylor said. The students have been coming to the realization that the people who fought and died in Normandy were around the same age they are now, he said.

The marching band performed in 2016 at the 75th anniversary of Pearl Harbor in Hawaii, through the nonprofit Historic Programs. The organizers invited them to the D-Day anniversary events in Normandy, Taylor said.

He has talked with the older band members about the “16-year-old version of themselves versus 18 and what they’re feeling going into this,” he said. “It’s pretty intense.”

“Especially the older students, they have this feeling of respect already, before they’ve even left.”

Some have found family connections or even discovered they have relatives who fought in Normandy, he said.

Taylor’s focus will be on his students’ experiences and well-being.

“On a personal level, I am looking for, I guess, just a sense of calm and peace and reverence in sitting on that beach and just paying homage at the grave sites.”

The composer gave permission for the piece to be arranged for the marching bands to perform only on Thursday and Friday for the commemoration in Normandy, Hughes said.

“There’s going to be about 1,200 musicians or so all playing it at the same time,” Taylor said, “So it should be pretty fabulous.”

The Park City band is the only group from Utah in Normandy’s D-Day celebrations, according to the school district website. Taylor has seen pictures of past parade crowds in Sainte-Mere-Eglise moving in so close that some groups closed into marching in rows of two instead of five, Taylor explained. At the request of organizers there, the band will bring some fun tunes like “Uptown Funk,” “Sir Duke” by Stevie Wonder and “Carry On Wayward Son,” Taylor said.

“We’re just going to have some fun with it and just see if we can get the people of France dancing.”

The band will perform a final time in France on Sunday at a park near the Eiffel Tower, he added.

Taylor grew up in Casper, where his parents, Fred and Connie Taylor, are well-known musicians. Fred, a Korean War veteran, composed the “USS Utah March” for the Park City band to perform at the Pearl Harbor anniversary two years ago, according to Taylor.

Taylor graduated from Natrona County High School in 1989, and Hughes graduated in 2004 from Cheyenne East High School. Both attended the University of Wyoming.

Hughes led the planning for the upcoming tour — no small feat as anyone who’s tried to get six sousaphones on a plane knows, Taylor said.

Taylor plans to wear his UW brown and gold on the D-Day marching tour.

Longtime local musician Connie Taylor's family rehearsed and performed the concert while they planned her memorial service for Saturday. There couldn't be a more fitting tribute than three generations performing on the stage, her husband, Fred Taylor said.

“It’s kind of bittersweet, of course, because mom would have loved this concert,” Connie's daughter, Lisa Rich, said. “She could tell if there was something that you had worked on. She was great at complimenting specific things that you had done. She was always super proud of her family and her grandkids. I’m pretty sure she’ll be there in spirit.”

A logo was designed by Park City High School Marching Band member Valeny Valles for the band's tour in Normandy for the 75th anniversary of D-Day. The band directors hail from Wyoming, with director of bands Chris Taylor from Casper and assistant director of bands Bret Hughes from Cheyenne.