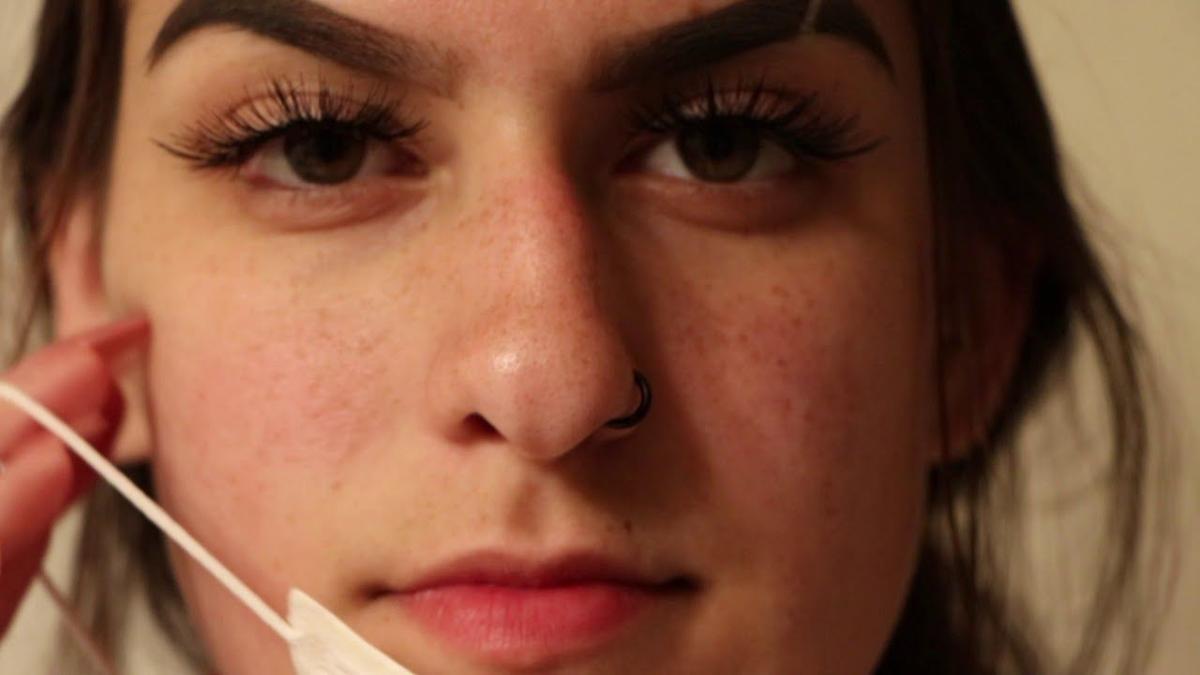 A screenshot from Jaden Moser's award-winning video about her experience during the coronavirus outbreak. 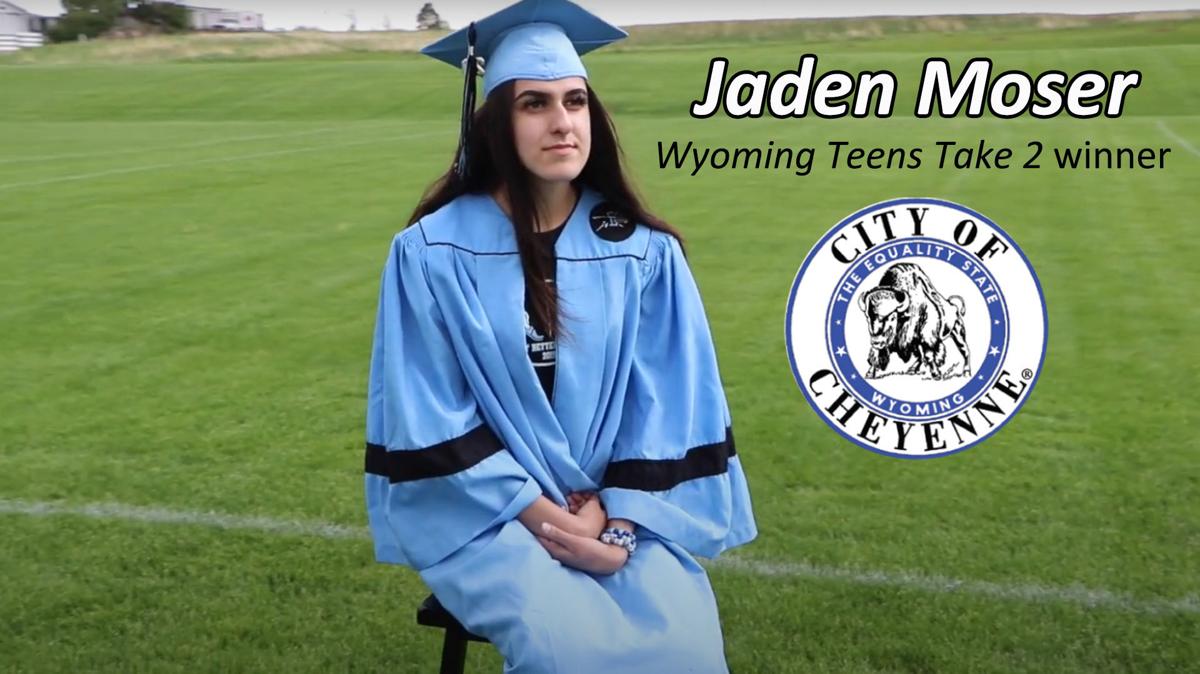 Recent Cheyenne East High School graduate Jaden Moser returned from Washington, D.C., in mid-March to a different Cheyenne than the one she had left just days before. The coronavirus had arrived in Wyoming, and later it hit even more personally when her mother became ill with COVID-19.

Moser’s short video about how the pandemic has impacted her life won the Wyoming Teens Take 2 video challenge. The statewide contest called for high school students to share their stories of social distancing with a two-minute video, according to a press release from the city of Cheyenne. The video is available on the city of Cheyenne’s YouTube channel and Moser’s YouTube channel.

“With the video I really wasn’t expecting it to go as far as it did and be so meaningful to people,” Moser said. “I’ve had people tell me that it made them cry. And I just wasn’t expecting that.”

The video begins with the voice of President Donald Trump declaring a national emergency. Moser watched the announcement in front of the White House during a trip for a national high school media convention, which was canceled shortly after she arrived.

“This moment was the beginning of something that has changed our lives forever,” she says in the video.

The school’s media program team had won a regional award and planned to compete for national awards at the conference. They spent a few days in Washington and returned a few days early. She arrived back that weekend to empty grocery store shelves and news that school wouldn’t resume that Monday.

“Everything was so much different from when we had left because of how quickly everything had escalated,” she said. “So it didn’t really hit me until I got home how much different things were.”

Her mother in late March had COVID-19. Moser in her video describes placing food outside a bedroom door and talking with her mom only by video calling.

“Yeah it was pretty scary,” Moser said. “And it was weird having to be the one to take care of her instead of when she usually takes care of us. It’s kind of like we switched roles.”

Fortunately, her mother recovered in eight days. Moser hopes the video reminds people that they’re vulnerable to the virus, and “that it should be taken seriously, and it’s not something that’s a joke,” she said.

The family was ordered to quarantine at home for two weeks. The isolation was difficult for Moser, who describes herself as very social.

“And it really wasn’t very good for mental health for any of us, I don’t think,” she said. “So that was a struggle for all of us.”

She describes in her video facing health risks to return to work and using face masks and gloves as she handed people food.

The video within just two minutes touches on how her world has changed, her family’s ordeal, her personal struggles and the experience for her and her class to finish high school and graduate during the pandemic. She’s used to short time limits from the high school media program, where she spent four years as an anchor and reporter and was the producer during her senior year. She plans to pursue a career in broadcast journalism.

She created the video in about two weeks last month after her mother told her about the contest. Moser will receive four tickets to the first University of Wyoming home football game and a meet-and-greet with the governor as the winner of the contest from the City of Cheyenne Mayor’s Youth Council, University of Wyoming Athletic Department and Gov. Mark Gordon, according to the press release.

She starts college this fall at Laramie County Community College and plans to finish her degree at the Walter Cronkite School of Journalism and Mass Communication at Arizona State University. The end of her senior year was far from what she’d expected. She missed being around others and the structure of school after classes resumed remotely.

As she’s dealt with the ways the pandemic has changed her world, Moser has found she’s different than she was at the beginning of her senior year.

“So it gave me a lot of opportunities to work on myself because I had so much time to myself,” she said.

“Well, I’ve realized that I need to stop focusing so much on getting approval from other people,” she continued, “and just making sure that I’m satisfied with what I’m doing with my life.”

As Casper seniors graduate, the collision of pandemic and celebration

At the edges of the pomp and circumstance, you could see the pandemic.

In Midwest, a graduation that's as close to normal as a pandemic allows

In this tiny Wyoming town, 13 graduates received diplomas on the school football field while wearing masks and staying 6-feet apart.

The seniors say they understand that schools needed to be closed. But they are still disappointed about the rites of passage they won't experience.

Teacher Marc Fleming didn't want to give Rodstock up, so he began to message students on social media to see if they would play their music in videos that could be posted periodically throughout this week. The goal is to show the community — and the students — that Kelly Walsh is more than a building.

A screenshot from Jaden Moser's award-winning video about her experience during the coronavirus outbreak.