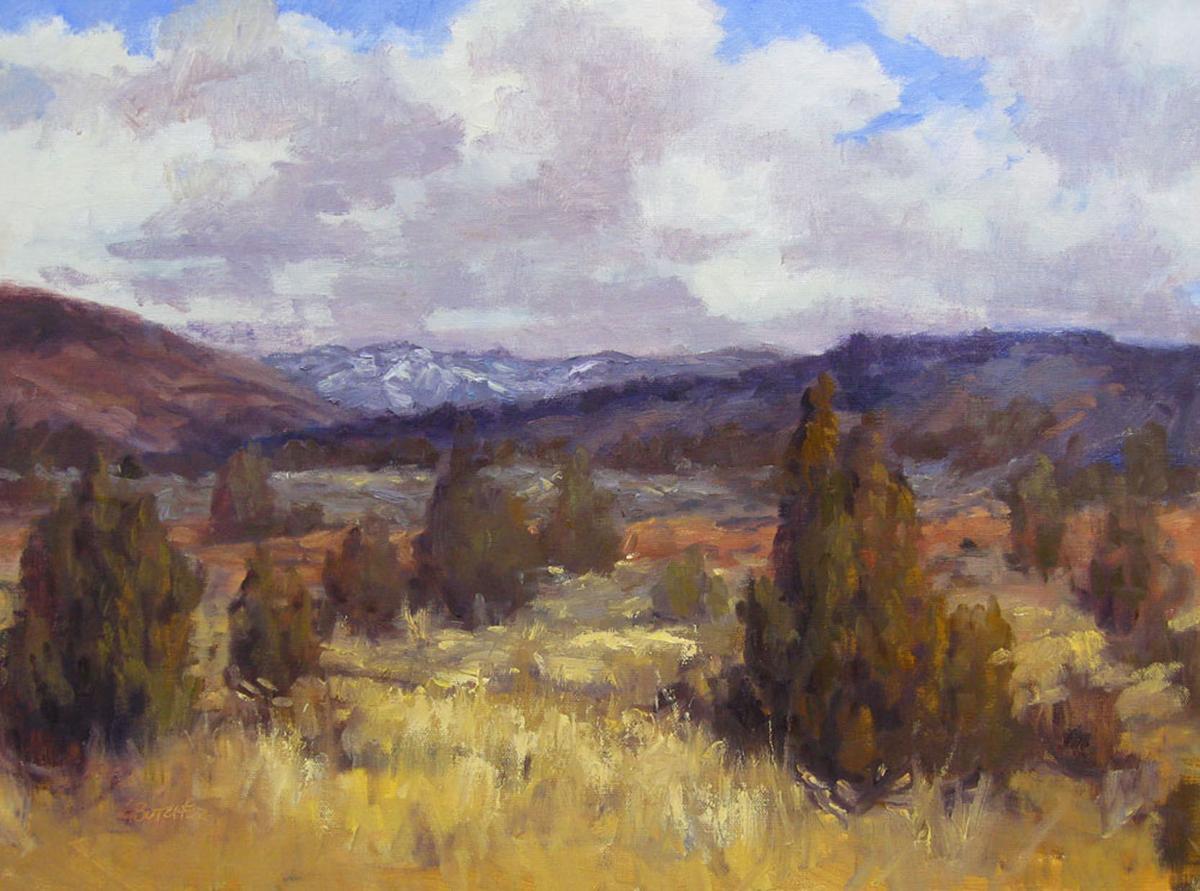 Ginny Butcher’s "Chasing The Light: A Plein Air Summer" show is among six kicking off "The Year of the Woman" at the Nicolaysen Art Museum. 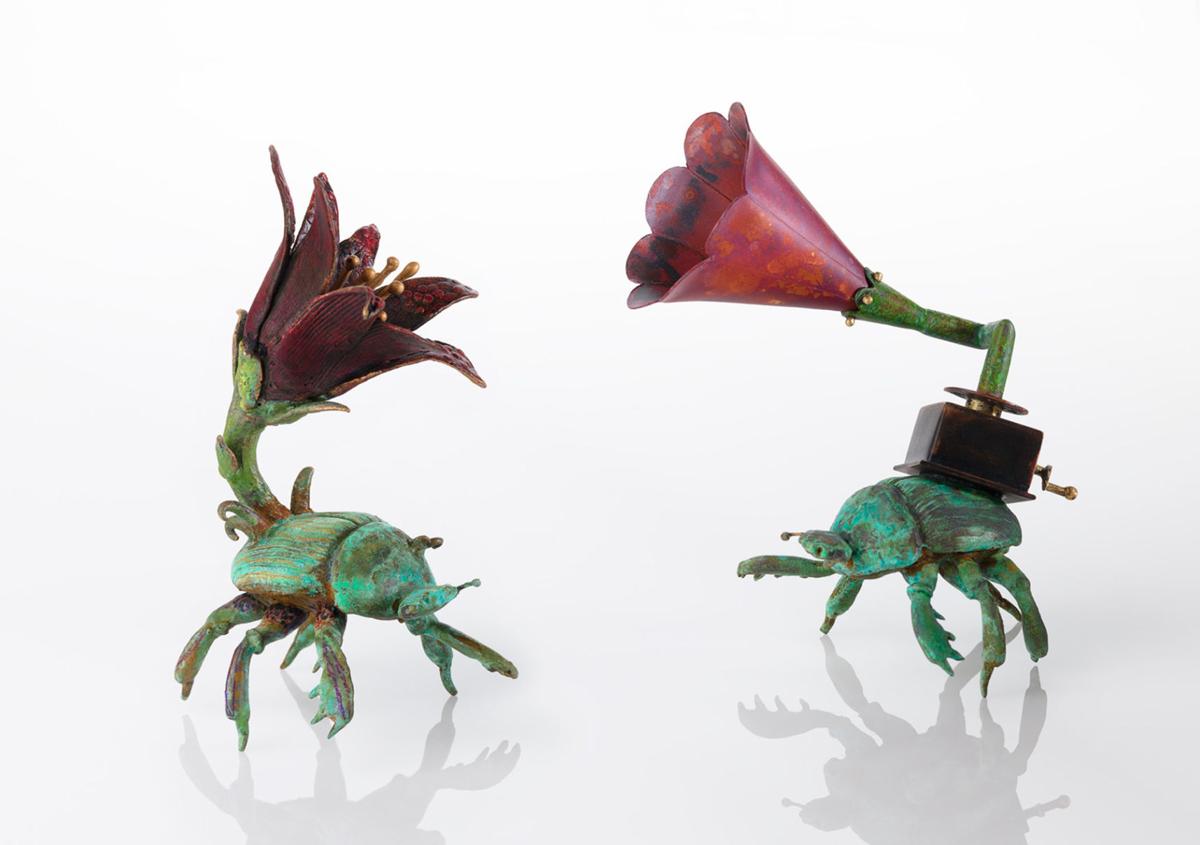 Leah Hardy's "specimen : inquiry + insight" show is among six kicking off "The Year of the Woman" at the Nicolaysen Art Museum. 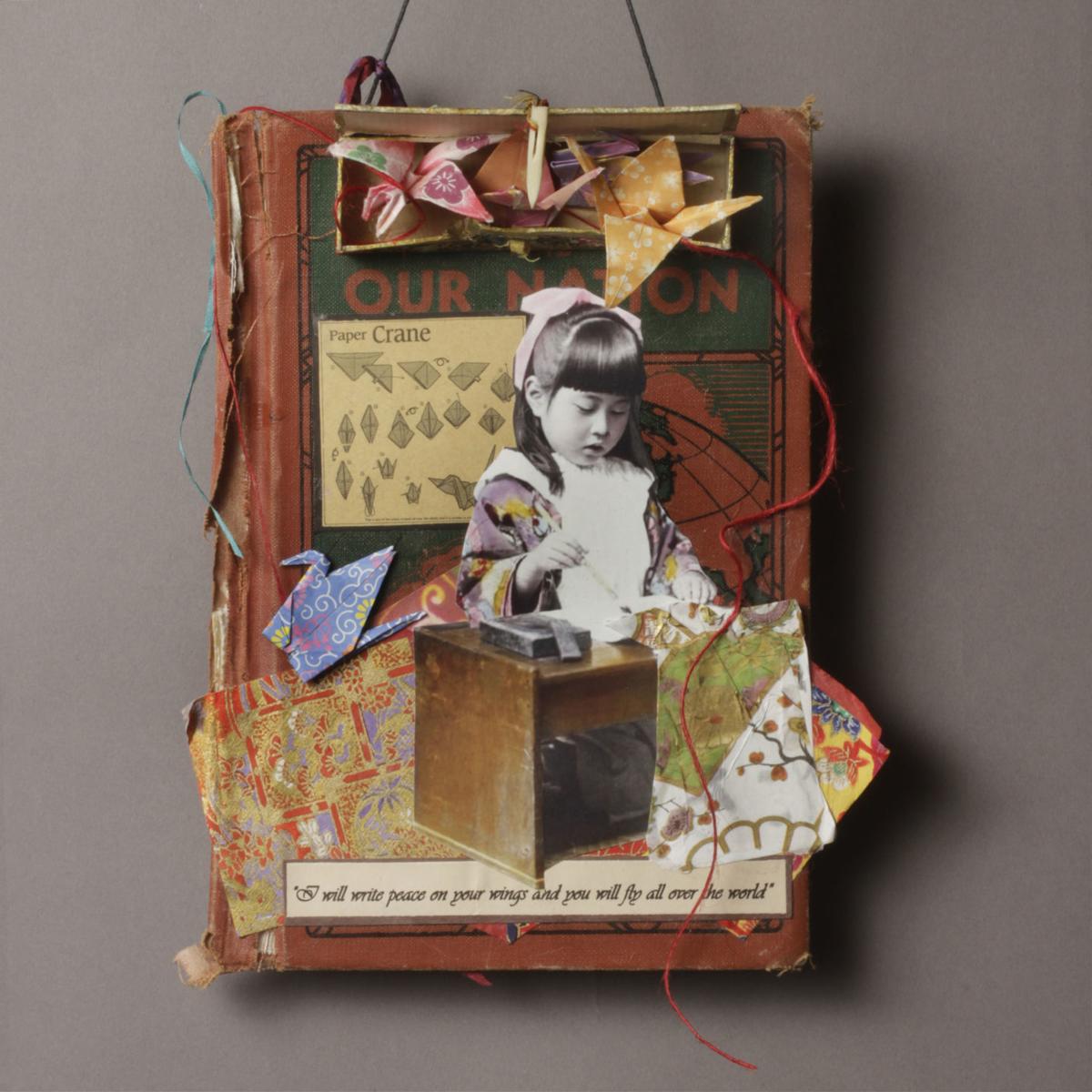 Cynthia Weed's"For Those of You Who Missed Your Last Connection," is among six shows kicking off "The Year of the Woman" at the Nicolaysen Art Museum. 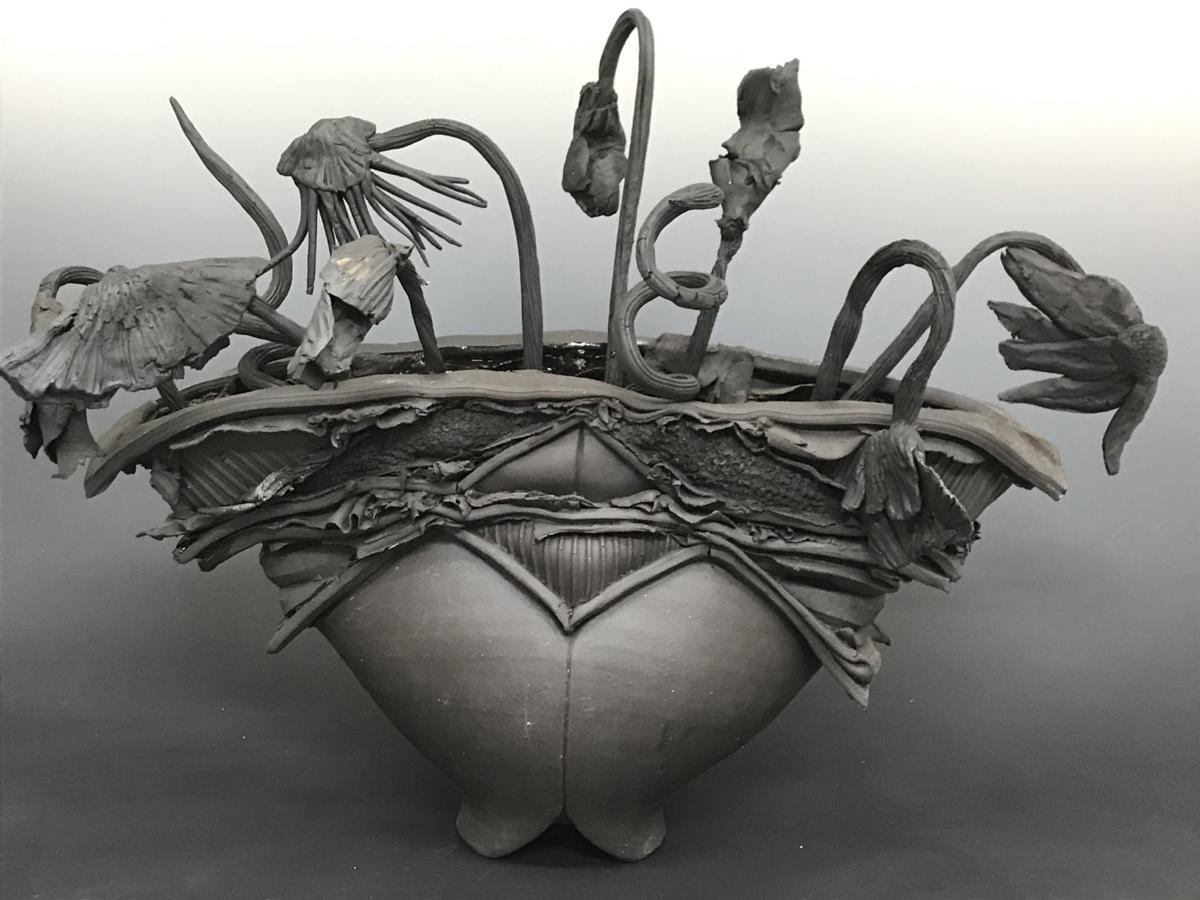 Ceramics artist Elaine Olafson Henry's show, "Surrounded," is among six kicking off "The Year of the Woman" at the Nicolaysen Art Museum. 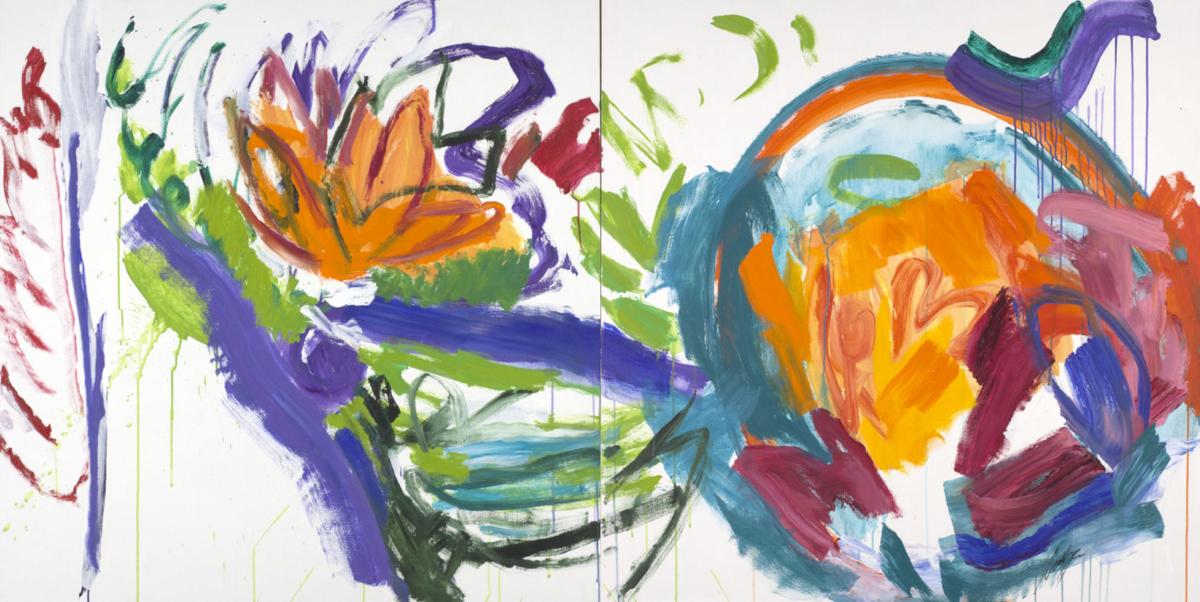 The Nicolaysen Art Museum's main gallery features Neltje's show "In The Family of Things." The exhibit is among six shows kicking off "The Year of the Woman" at the museum.

Art created by Wyoming female artists fills every gallery in the Nicolaysen Art Museum as it kicks off “The Year of the Woman.”

Through 2020, the museum will feature shows by 21 women from around the state throughout the museum to celebrate 150 years of women’s suffrage in Wyoming.

The first six open Friday with a reception featuring talks with the artists, light hors d’oeuvres and a cash bar.

The idea began when curator of art Amanda Yonker and executive director Ann Ruble talked about how few shows by few women had been featured in the main gallery over the past decade, Yonker said. They thought about hosting female artists’ shows there through the year, and then Ruble suggested to expanding the idea to the whole museum.

“There are unbelievably talented women in this state,” Yonker said, “and we want to highlight that for sure.”

“The Year of the Woman” will feature art ranging from abstract expressionist painting to metal smith work to glass.

“It’s just the fact that we can find all that in Wyoming is awesome to me,” Yonker said. “Every kind of art is going to be represented.”

The museum’s main gallery features nationally exhibited artist Neltje, who’s known for her abstract expressionist painting and her work to help artists and writers develop their creativity, including her Jentel Artist Residency in Banner. She’s received the Wyoming Governor’s Arts Award and collections with her work include the Smithsonian Institution.

“She has laid a lot of groundwork to help artists, and she’s also a fantastic artist herself,” Yonker said. “And I just really thought that she is kind of the epitome of contemporary art at this time in Wyoming.”

Neltje’s “In The Family of Things” in the McMurry Gallery will remain on display through April 19.

“The majority of this exhibition plays with the concept of joy,” Neltje said in her artist’s statement. “(Repetitive) forms allow me to search out my thoughts and feelings about summertime and the outrageously happy colors of my garden.”

Leah Hardy’s “specimen : inquiry + insight” is among the first 2020 shows. It features insect forms that are “fragmented, altered with mechanical elements or re-contextualized,” according to her artist’s statement, and “reference our fascination with mortality and desire with the underlying yearning to connect and communicate.”

Hardy is a professor at the University of Wyoming and her work has been exhibited internationally and won numerous awards, according to UW.

Ceramics works in Elaine Olafson Henry’s “Surrounded” include a series of 50 porcelain bowls created and glazed with the same materials before she sent each to a wood firer in a different state.

“Like us, each started out in the same form, but it was the experience that followed that changed its path,” she said in her artist’s statement. “Each of the woodfirers has documented his or her firing, giving us the experience of knowing something of the bowl’s experience. Some outcomes are the results of accidents, some are the results of the types of wood used, the lengths of the firings, and other variable factors. Each is the result of unique experiences, making up their differences.”

Her work is internationally published and exhibited, and she’s an elected member of the International Academy of Ceramics as well as a fellow and past president of the National Council on Education for the Ceramic Arts, according to her website.

Ginny Butcher‘s “Chasing The Light: A Plein Air Summer” features her recent work painting outside, where the challenges include constant light changes — hence the title, she said in her artist’s statement. Her show also features larger paintings she created in her studio, which she strives to make as lively as her plein air — or outdoor — paintings. Her awards include two juror’s choice awards at the Wyoming Governor’s Capitol Art Exhibition.

Cynthia Weed with “For Those of You Who Missed Your Last Connection” features her mixed media art known for “unexpected combinations of words, vintage photographs, and lost objects that tell a story in a defined space,” according to her artist’s statement. She invites viewers to ask: “Where has this been, who has held it, cherished it, lost it? And how did it get to me.”

Mary Jane Edwards’ “Before Forgotten” features three series: “Caged Memories,” “Homeland Security” and “In the Shadow.” Edwards has been the executive director of the Jentel Artist Residency for more than two decades following a career in academia, she said. She’s a professor of art emerita at the University of Wyoming and a former department head, according to her bio.

Her show includes three-dimensional works and shadow boxes that show span from 2017 to new works completed this year and explore a variety including women’s rights, immigration, mortality and ideas about home, security and safety. Her most recent works incorporate photographs and are about contrast, she said. She likes to create punchlines in her work — that twist of the unexpected.

“I look at them all being narrative, as always having a story to them someplace in there, either my story or the story that someone might bring to it,” she said. “But there’s a punchline. There’s something that’s unexpected.”

The shows in “The Year of the Woman” at the Nicolaysen will rotate at various times during the year. Upcoming artists to be featured in the main gallery include Betsy Bower of Casper in May and Cheyenne artist Georgia Rowswell in September. More upcoming shows this year will feature Linda Ryan of Casper and female artists in the museum’s permanent collection.

There’s always a conversation about why we classify art as being created by a man or a woman, Edwards said.

“But you know, the bottom line, whether you’re in Wyoming or New York, the male establishment still is at the top of the heap,” she said. “You know, in terms of number of artists who are exhibiting in major exhibitions and museum collections and who are curators and who are critics and on and on and on.”

She’s impressed by the Nicolaysen’s lineup of artists that happen to be women in a year that happens to coincide with the anniversary, she said.

“I was very pleased and honored to be part of the exhibition,” Edwards said. “And when I went down to install my work, I was like, man, I am proud to be one of the six for this inaugural exhibition for the year.”

"The Year of the Woman'' opening reception

'The Bachelor Live On Stage' heads to Cheyenne

Jackson’s Off Square Theatre Company presents “The Music Man JR.” for its annual Thieme Youth Musical. The show is based on Meredith Willson’s…

“The Yellow Wallpaper,” opening during the Casper College Humanities Festival, is a dance adaptation of an 1892 semi-autobiographical short st…

Ginny Butcher’s "Chasing The Light: A Plein Air Summer" show is among six kicking off "The Year of the Woman" at the Nicolaysen Art Museum.

Leah Hardy's "specimen : inquiry + insight" show is among six kicking off "The Year of the Woman" at the Nicolaysen Art Museum.

Cynthia Weed's"For Those of You Who Missed Your Last Connection," is among six shows kicking off "The Year of the Woman" at the Nicolaysen Art Museum.

Ceramics artist Elaine Olafson Henry's show, "Surrounded," is among six kicking off "The Year of the Woman" at the Nicolaysen Art Museum.

The Nicolaysen Art Museum's main gallery features Neltje's show "In The Family of Things." The exhibit is among six shows kicking off "The Year of the Woman" at the museum.