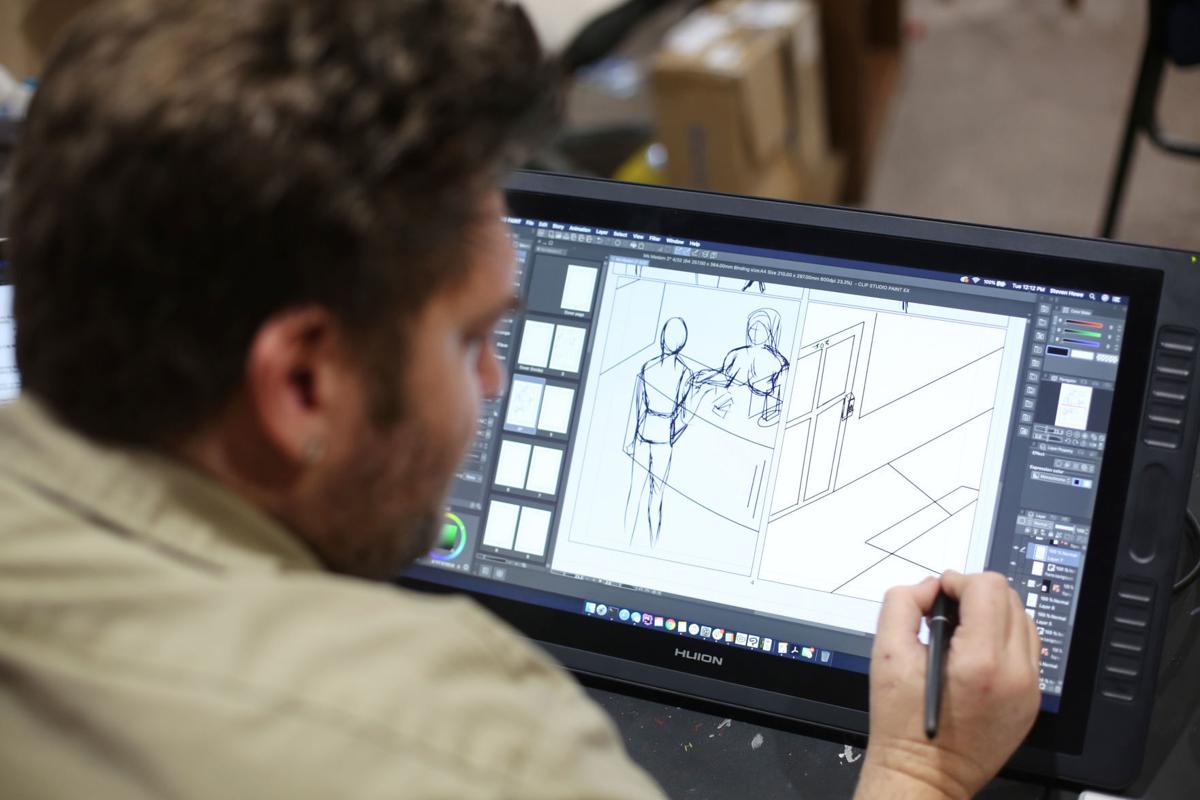 Steve Howe, owner of Norse Comics & More, works on the initial sketching for a panel in his forthcoming comic "Ms Madam" on Tuesday at his store in Casper. The comic will be published under his own label and is set to come out in October. 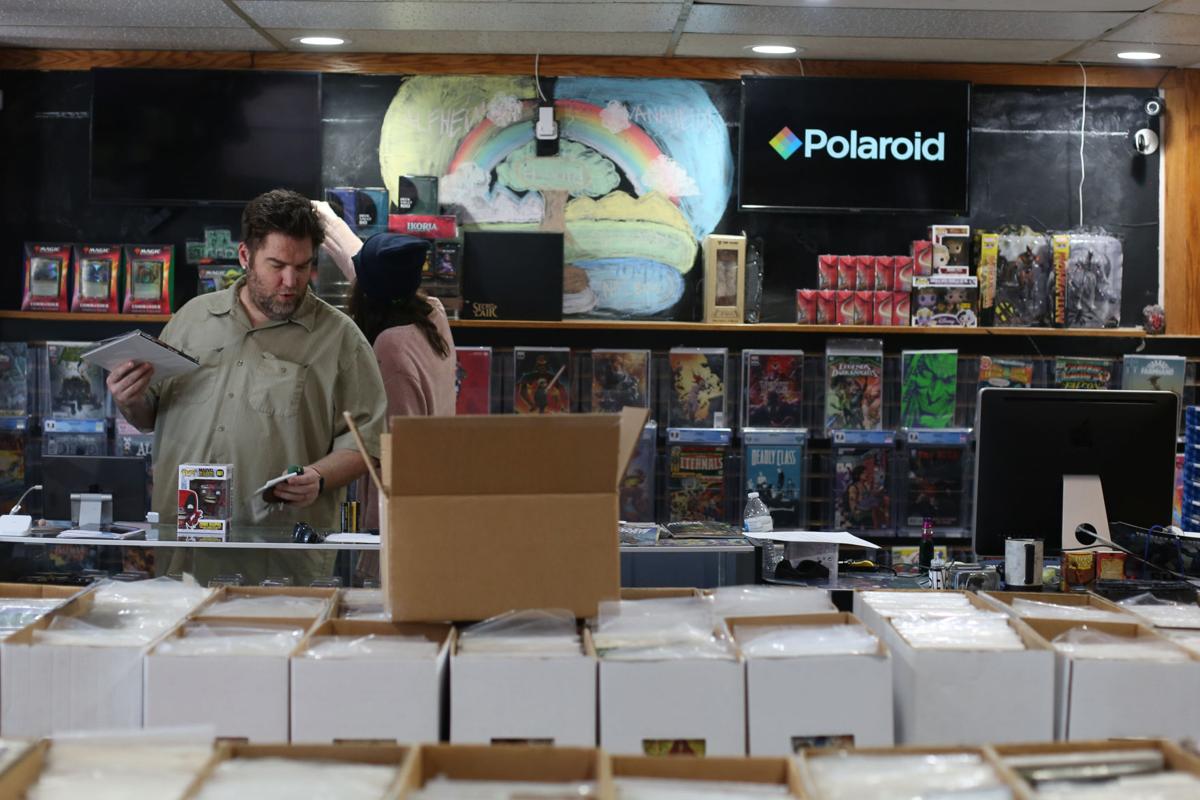 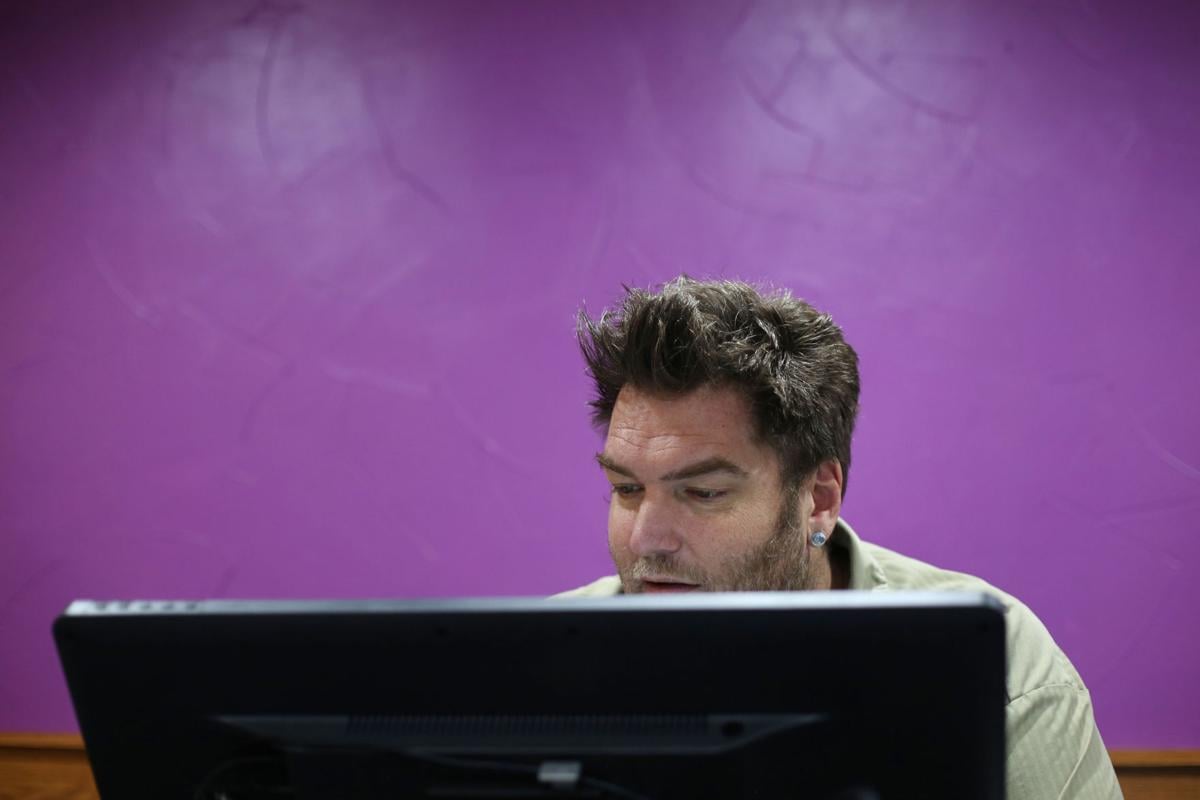 Owner of Norse Comics & More Steve Howe sketches the panels for his self-published comic "Ms Madam" on Tuesday at his store in Casper. 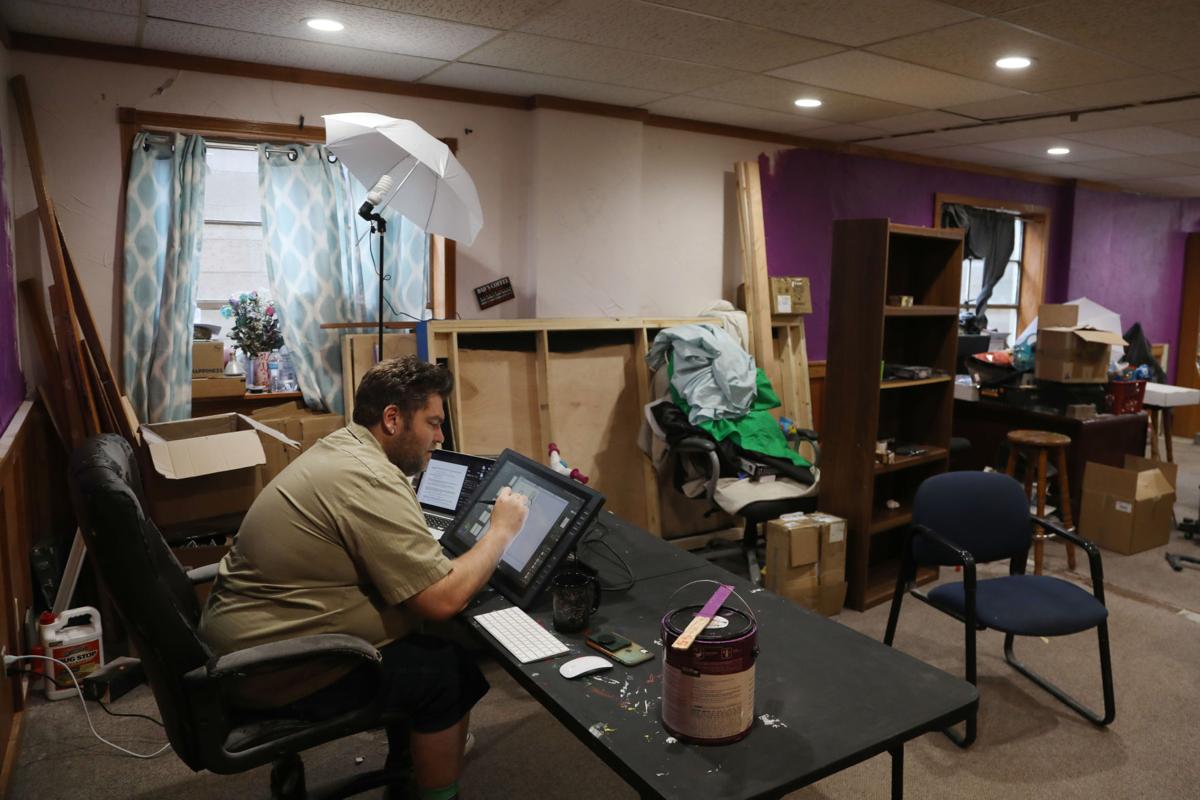 Steve Howe works on drawing his comic "Ms Madam" on Tuesday in his store Norse Comics & More which is undergoing renovations to expand their storefront in Casper.

Casper’s local comic book shop moved early in the pandemic to connect with customers and sell its comics and collectibles online in case the state went into lockdown. Norse Comics & More is not only weathering the pandemic but has experienced more than a threefold increase in business in the past few months.

“I mean, we were scared at the beginning, and I got my business ready to be 100% online, do everything through the post,” owner Steve Howe said.

Howe’s nonstop projects include a remodel after he purchased the building that houses the shop. He’s working on upcoming issues of his own comic book series and launched his own comic book publishing company to publish his and others’ books.

He films three online shows at the shop, and he’s planning a new event called the Wyoming Pop Culture Convention slated for spring.

Howe attributes much of the new business to efforts since the pandemic began to his focus on more online offerings and communication.

“So to be so active with our community digitally has really gotten the business to be closer to our customers, even though we’re not physically closer to them,” Howe said. “It’s definitely an emotional connection that they’re happy with and we’re very happy to have.”

“We’re truly fortunate,” he said. “Because I know so many other businesses in town don’t have that kind of opportunities during this time.”

New customers have largely driven the increase in business, which Howe attributes to a push he made from the beginning of the pandemic to reach people online through Facebook posts, advertising and frequent communication on social media.

He aims to go beyond pushing products to inform people about new and upcoming items and news about the industry.

“Here’s some news for you and sprinkling in information on a continual basis with excitement and enthusiasm has definitely changed our business for the better,” Howe said. “It’s gotten people more involved.”

He pointed to several factors that have led to the increase in business, including people staying home more.

“People aren’t going to stores with huge crowds in them, and they’re looking for new things to entertain themselves,” he said. “And so they’ve gotten into comics. They’ve gotten into games and hobbies, and it’s really just been spectacular.”

The shop offered free delivery and curbside pickup at the beginning of the pandemic.

Many now return weekly to pick up new issues through the shop’s subscription or go through the more than 50,000 comic books in store.

“So it’s not one factor,” Howe said. “It’s about 14 to 20 factors that went into seeing the business grow as much as it (has) and allowing us the freedom to do even more to stay in touch with our with our what we call the Norse family, our regulars who come in, our new customers that discover us from a friend. It’s truly been a magnificent transformation, and one I am proud to be the founder of, but more importantly, proud to be a part of. I’m overwhelmed with happiness that we’re able to do this for customers, to be here for them when they need us.”

Howe amid his projects finds time to draw and write his own comics, including his new comic series “Ms Madam” featuring a transgender superhero. The second book is set for release in October.

“With everything in the world happening, unfortunately seeing trans people disproportionately assaulted and ridiculed and put down, it inspired me to write a story which is, as far as I can tell, is the first comic book in the world that has a trans superhero as the title character,” he said.

That was a fact he discovered rather than his reason to write it. He aims to create a character with depth in a good story and hopes the series touches the trans community in a positive way and that readers who are not transgender learn and grow from it as well.

He publishes his comic books under his new company, Norse Comics Publishing Group, which he launched earlier this month and hopes to help others who want to publish their comics but don’t know how.

“As long as we like the concept, we like the art, we like the story, we are happy to move forward with publishing others’ comic books and getting them out into hopefully other stores through new distribution chains, moving it countrywide, moving it worldwide eventually and working to have a creator-controlled comic book company,” he said.

Comic book movies and television have brought a new level of interest in comic books that waned during the early 2000s, which has led to some record numbers for comics book sales as well as of artists and writers on the market, Howe said.

“So we are at what they call the new golden age of comic books,” he said.

Howe just over three weeks ago purchased the building that houses the shop and is working on renovations to expand and improve the space. Meanwhile, he’s organizing a new annual event, the Wyoming Pop Culture Convention, for comic book and pop culture fans around the state slated for April 30 through May 2 at the Clarion Inn at Platte River.

“And we’re really just wanting to push the pop culture industry in Wyoming,” Howe said. “As you know, we’re not just an oil state; we’re not just a working state; we’re also a collecting state. We’re also a bunch of nerds here that enjoy what we enjoy. We enjoy comic books; we enjoy movies; we enjoy action figures and collectible toys and statues and books, audio books, everything. So let’s come together as a group and share and experience all of this together.”

Howe had wanted to start filming shows in his shop before the pandemic and now offers three shows with him and store staff available on various platforms.

“But the true catalyst was ‘Let’s make sure that we are prepared if Wyoming goes on full lockdown that we can still stay in touch with our customers and let them know what’s going on in the world, not just in the entire world, but the world of Norse,’” Howe said. “You know, what’s going on in our world so they can maintain their connection with us and maintain communication with us, because if there’s a product they want, we could bring it in even though they’re unable to leave their homes. So it is definitely the case that that the pandemic created a catalyst for growing us into a digital communications network.”

“Put It On The Batcard” offers pop culture information and news from the comic book industry along with commentary and happenings in the local store. Another show, “Crit Kills,” is an informational review show that focuses on games and gaming news. Howe plans this week to launch “Stapled Deals” with live bidding on inventory that otherwise would be more expensive, Howe said.

The shop’s “Free Comic Book Summer” continues Wednesdays with new free comic books that people come in and pick up through Sept. 9.

Howe invites people to reach out to the shop with any questions, and they’re welcome to message on Facebook about products and recommendations.

“And we’ll ask questions back in order to figure it out, because we can help so many people get into comic books if that’s what they’re wanting to do but are afraid to,” Howe said. “Because again, 80 years of history, where do I start? It can be a little overwhelming, but we can absolutely help to pull that fear away and to get them comfortable, involved and excited.”

Steve Howe, owner of Norse Comics & More, works on the initial sketching for a panel in his forthcoming comic "Ms Madam" on Tuesday at his store in Casper. The comic will be published under his own label and is set to come out in October.

Owner of Norse Comics & More Steve Howe sketches the panels for his self-published comic "Ms Madam" on Tuesday at his store in Casper.

Steve Howe works on drawing his comic "Ms Madam" on Tuesday in his store Norse Comics & More which is undergoing renovations to expand their storefront in Casper.