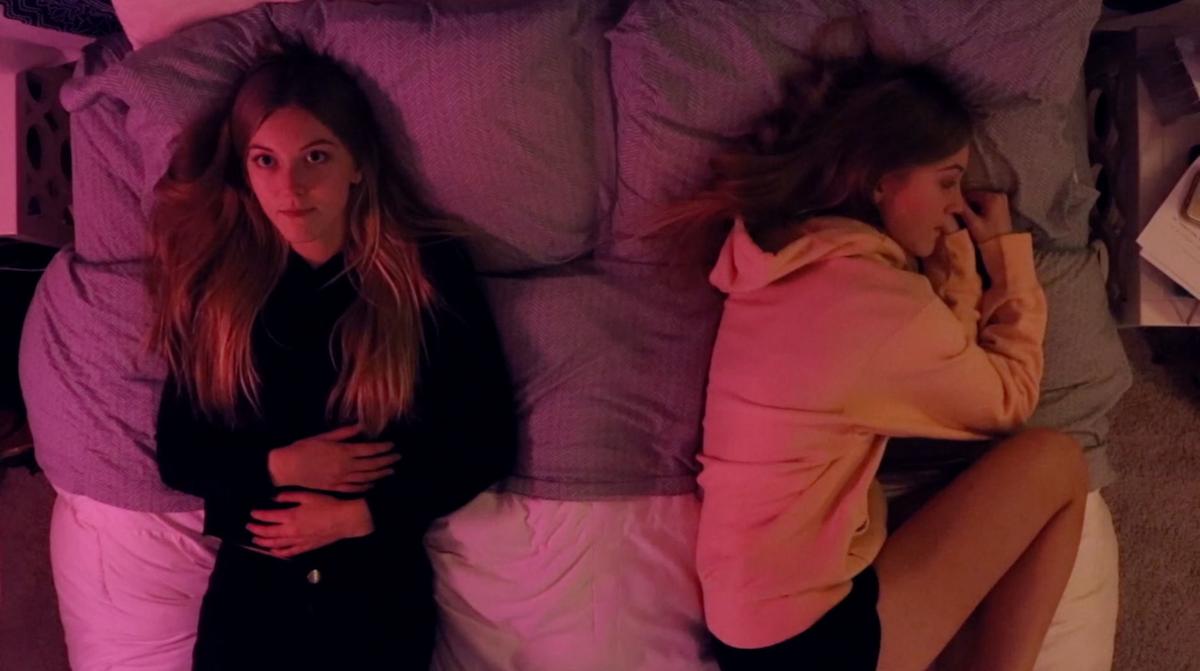 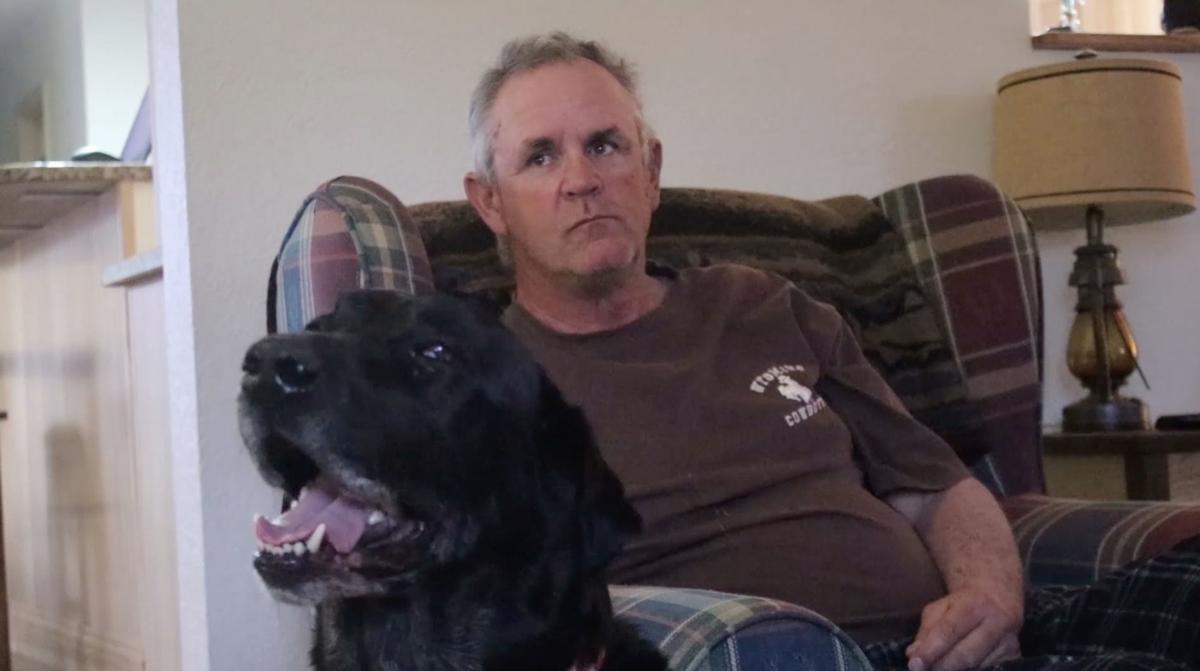 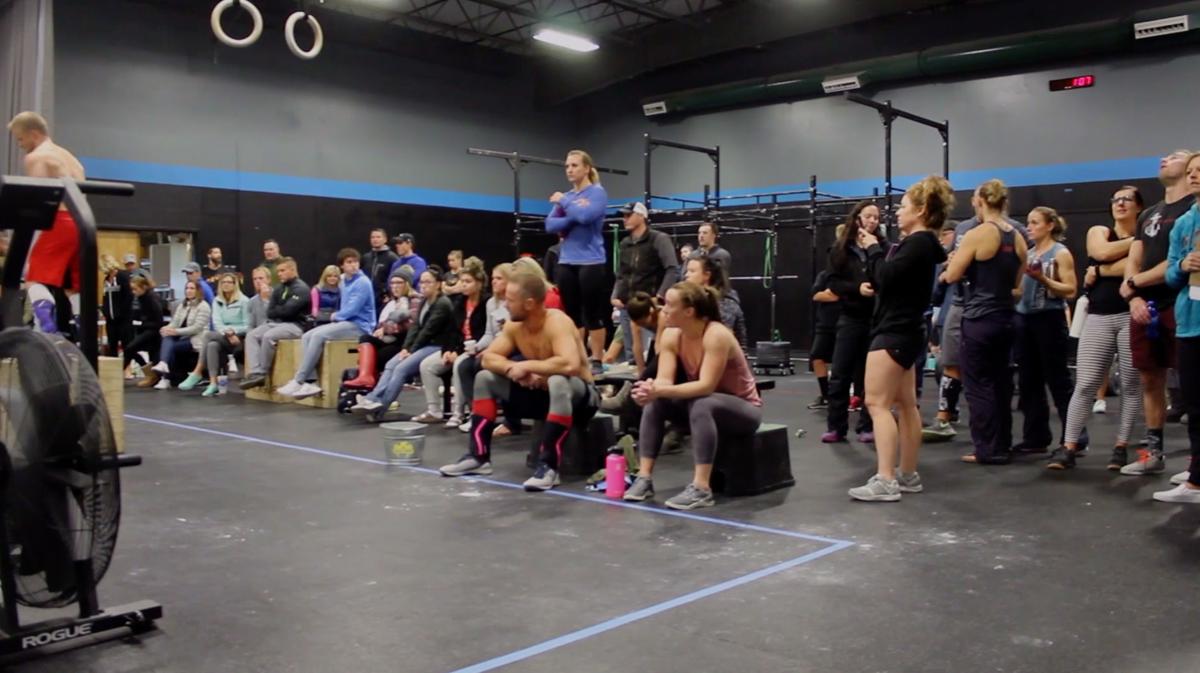 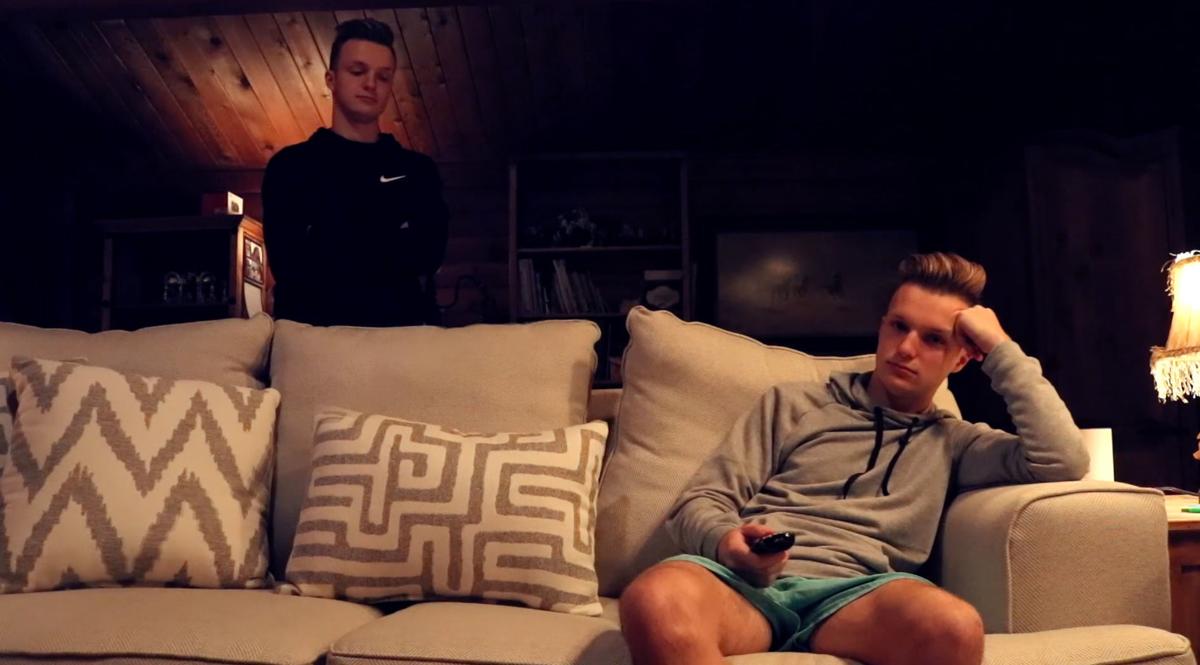 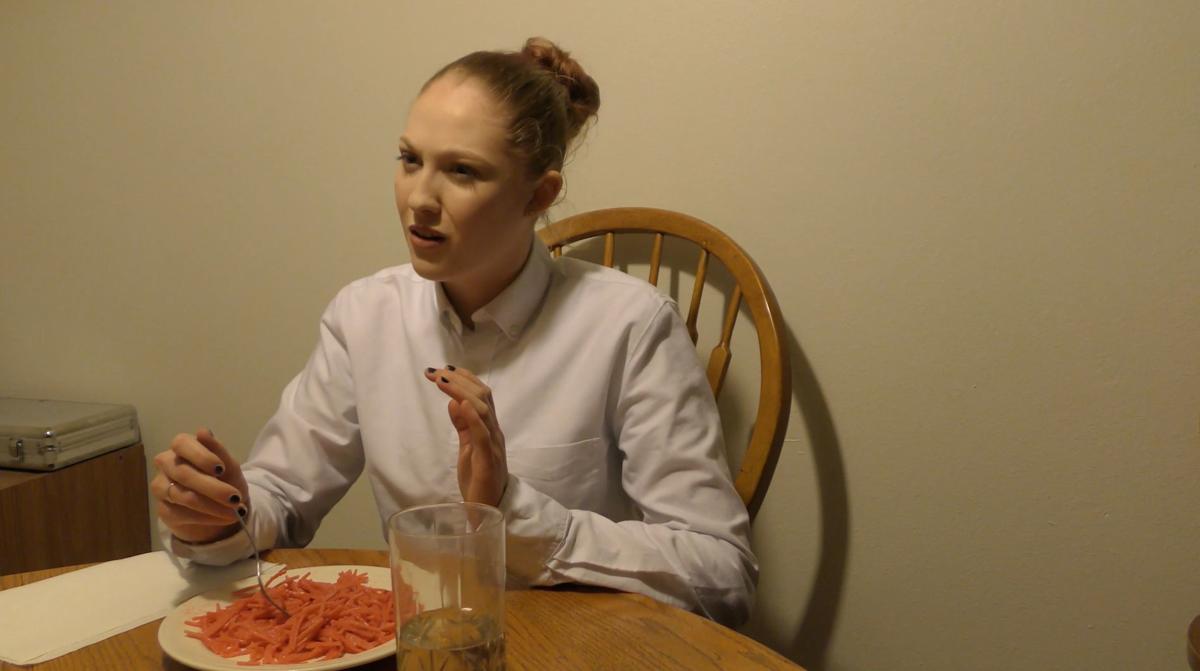 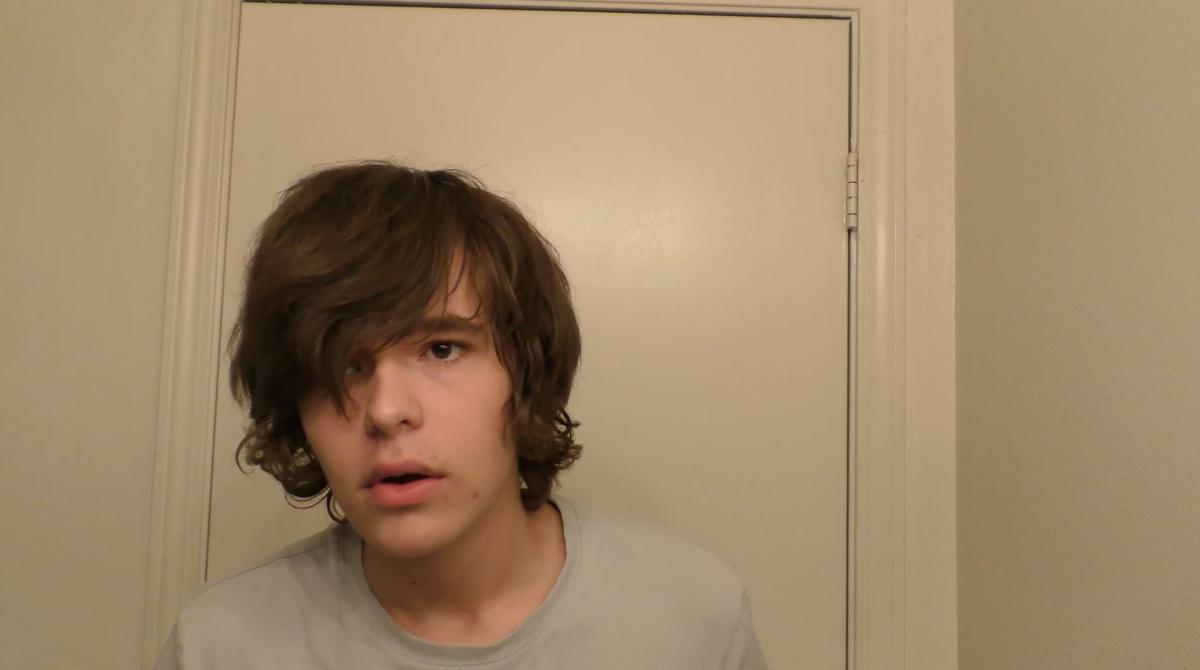 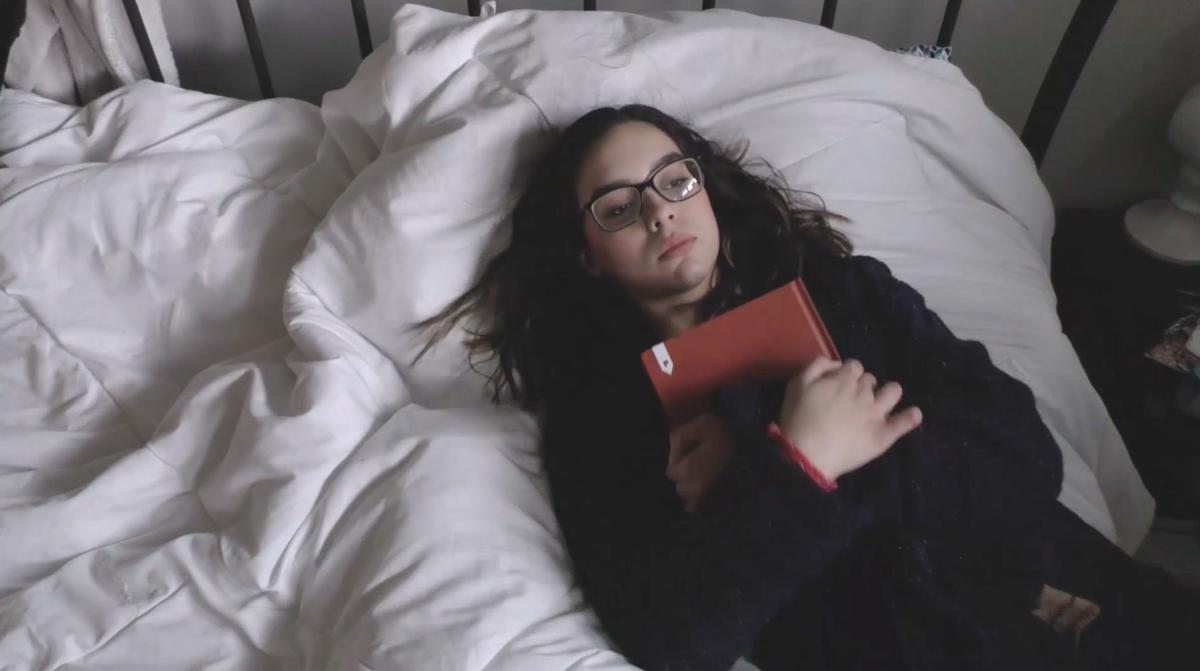 Junior Zach Nagy sat in front a microphone last week in the Natrona County High film classroom and prepared to use his “movie voice.”

“This year’s film festival is going to be big,” he said, as he and other students broke into laughter at his first take for a promotion for the 21st annual — and final — Wyoming High School Statewide Short Film Festival.

It’s bittersweet, said Nagy, who has two films in the festival and has been helping promote the event.

“But ... because it’s the last one, I think it’s great that we can make it the best one,” he said. “I mean, they’re flying out these judges and there’s going to be workshops and it’s going to be this big, awesome thing, and hopefully we can sell all the tickets.”

The film festival for two decades has showcased Wyoming high school students’ short films judged by Hollywood professionals, inspiring some to careers in the film industry. Several of them have been former NC students, who’ve returned to inspire the new crop of filmmakers out of their hometown.

The final festival is open to the public in NC’s John F. Welsh Auditorium. The films range from documentaries to action and drama to comedy, with techniques from stop-motion to special effects. This year features the return of Hollywood judges who will be in the audience rather than collaborating online.

“Our festival had been really cool for a lot of years, but I just think it’s played out,” said NC film teacher Lance Madzey, the festival’s founder. “It’s time to let it end and try some new, awesome things.”

Thinking of the festival through the years brings back many memories, he said.

“Just so many awesome films so many amazing people that have been affected in good ways, and some people have chosen their life careers after a great experience at the festival,” he said. “I remember a lot of really awesome things, so I’m melancholy — sad and happy.”

An ending and new ideas

For years, the festival sold out downtown movie theaters, Madzey said. Professionals flew in to judge and give workshops for students around the state who submitted films.

But in recent years, interest from students and the community has dwindled, while funding has been lost amid budget cuts, Madzey said.

Instead, a goal for next year is for students to get into a film festival for high school students outside the state, Madzey said. He mentioned one in New York and several in California. A film created by an NC student last year made it into the 307 Film Festival in Cheyenne.

Entering other festivals opens up the possibility for travel and to new experiences and connections, he said. Students aspiring to work in the film industry won’t find one in Wyoming, he said, and people don’t come here to find talent. Participating in out-of-state festivals will give them a head start and make them raise the bar on their work.

“They should be seeing their stuff in California. That’s where all the stuff happens,” Madzey said. “And I think kids are going to be pumped about that, and so I’m excited about it.”

There are many other venues for students to enter their works, Kelly Walsh film and TV teacher Jeffrey Chavez said. The Cheyenne Youth Film Festival, for instance, has grown and hosts multiple competitions a year, he said.

He’s exploring possibilities to continue to show student films on a local big screen as well, he said.

“I think it’s important for students to see their work,” he said. “They get to see the reactions of the crowds: Did the joke hit just right? Were they able to pull those emotional strings they were looking for? And these kids put so much work into them. To me, it just doesn’t do enough justice just to show on the projector in the classroom, when they put eight weeks into a project and all we do is show it on a projector. At least this way, it gives a nice completion to the project and the idea.”

The past few years, judges have watched the films online and recorded videos of themselves for the festival. This year, however, Hollywood film professionals will arrive in Casper for the festival and present awards after the screening.

Students raised money to fly out judges for the final festival and for their seminars, Madzey said. They didn’t raise enough for hotels, but Madzey is putting up two in his home, while the rest have local connections, he said.

The judges have helped provide a full festival experience and given an important perspective that can only come from professionals in the field, Madzey said.

“So if we can’t go to Hollywood, we bring them here,” Madzey said, “although next year we’re going to try to do the opposite, so we’ll see if we can get out there.”

Returning to his alma mater is judge Lucas Lee Graham, a cinematographer for films including “Cold Turkey” and “Suburban Gothic,” as well as “Escape from Tomorrow,” which has appeared in the Sundance Film Festival. Also returning is Justin Howard, who became the World Air Guitar Champion since graduating from NC and now is an editor in Chicago for Rotary International.

Casper’s Trevor T. Trujillo, who was at the first festival and won Best Picture the second year, will emcee the festival, Madzey said.

“And so having him there as the master of ceremonies on the last one, that’s totally a full circle — an awesome circle of life thing,” Madzey said.

The judges will give workshops for students in acting, cinematography, the casting process in Hollywood and what it’s like to be a screenwriter in Hollywood, Madzey said.

Years before watching one of his films in the Sundance Film Festival, Graham’s work appeared for the first time in front of an audience at the Wyoming High School Statewide Short Film Festival.

“It was the first time I got to see my work presented with an audience,” he said. “So that changes things, and that’s something to this day I really look forward to … is being able to see a crowd reacting when the jokes hit and figure out the pacing and those sorts of things. So that was awesome. And I think winning the festival kind of gave me some validation and the confidence to pursue filmmaking full time.”

Graham has judged almost every year through his career as a cinematographer, which has included a recent foray into directing and producing commercials. He’s kept in touch with students following in the footsteps of past NC film students in the industry. Graham encourages students to keep creating films, and he hopes to help with any future events, he said.

He returns to inspire and teach, as well as to humanize Hollywood and the people who work in what many don’t realize is a blue-collar industry, he said.

“My goal was always to kind of put a face to something that seemed kind of faceless and very far removed from growing up in Casper, Wyoming,” he said, “which I am familiar with, because I did.”

NCHS junior Madilyn Davenport landed her first spot in the festival last year and earned another this year with a film about an older dog left alone in a house after its owner dies. Seeing her films on a big screen with an audience was a very different experience, she said.

The festival features two hours of short films by students from KW and NC as well as one from Cody High School. The variety includes a love story and an action film created in stop–action with Legos, Chavez said.

Several students created well-researched documentaries, Chavez said, including one from KW called “Phubbing” about cellphone technology addiction, and a powerful piece about a KW student who died.

“This year, it just blows me away to see the creativity of the students and just the quality and hard work they’re putting in,” Chavez said.

Two of KWHS senior Nicole Klungness’ films were accepted, including “We Could Never Be,” featuring characters after a breakup talking with their subconscious minds, which appear as their doubles in split-screen shots.

It’s been fun to see what other students at the festival come up with, and now her films are in for the first time, said Klungness, who plans to minor in photography or film.

For her film “Him,” about a girl who has to try to remember her kidnapper, she created her own sound design for the first time and filmed in various settings.

“I get almost like a high when I get to see all these people come to watch my film that I made and get to see their reactions. And it’s just such an amazing feeling because I put so much work and time and so many people are involved,” she said. “... And to hear all the comments from these producers who have worked on important Hollywood films, you know, I was just like, ‘Wow they liked my film and I’m only a student.’ And (them) telling me that I have a good future in the business ... is really exciting.

NCHS junior Nagy’s two films he helped create in the festival include “a self-aware, comedic-horror film” called “Rubatosis” and “Are You Happy?” a documentary about a musician friend that delves into that question, Nagy said.

Past festivals have inspired him with the dedication put into their films, he said. This is his first work in the festival.

“I think this one has especially, since it’s the last one, it has pushed me to kind of do the best that I can — one, just with my films and two, with the festival itself, whether it’s selling tickets or promoting it or talking to people about it,” he said. “I think it definitely pushes people like myself to pursue a career like this because we get to see our work on the big screen, we get to see a reaction, we get to see all this incredible stuff.

“And it’s really the big final payout for the months of work that was put into these films, and it’s a great thing, and I think it’s a shame that it has to go.”

Tickets: $10 at the door or from Lance Madzey at Natrona County High School or Jeffrey Chavez at Kelly Walsh High School

Morgan Vanetti felt intimidated as she watched the trailer for the 307 Film Festival. The Natrona County High School senior had learned a mont…

The high school track runner ices her leg in one scene. In another, she sets her feet in the starting blocks. The film cuts to her hands on th…

Seth Buckingham stared up at the largest movie screen in Wyoming and waited for his film to begin.

Former Casper resident an assistant on AMC's "The Walking Dead"