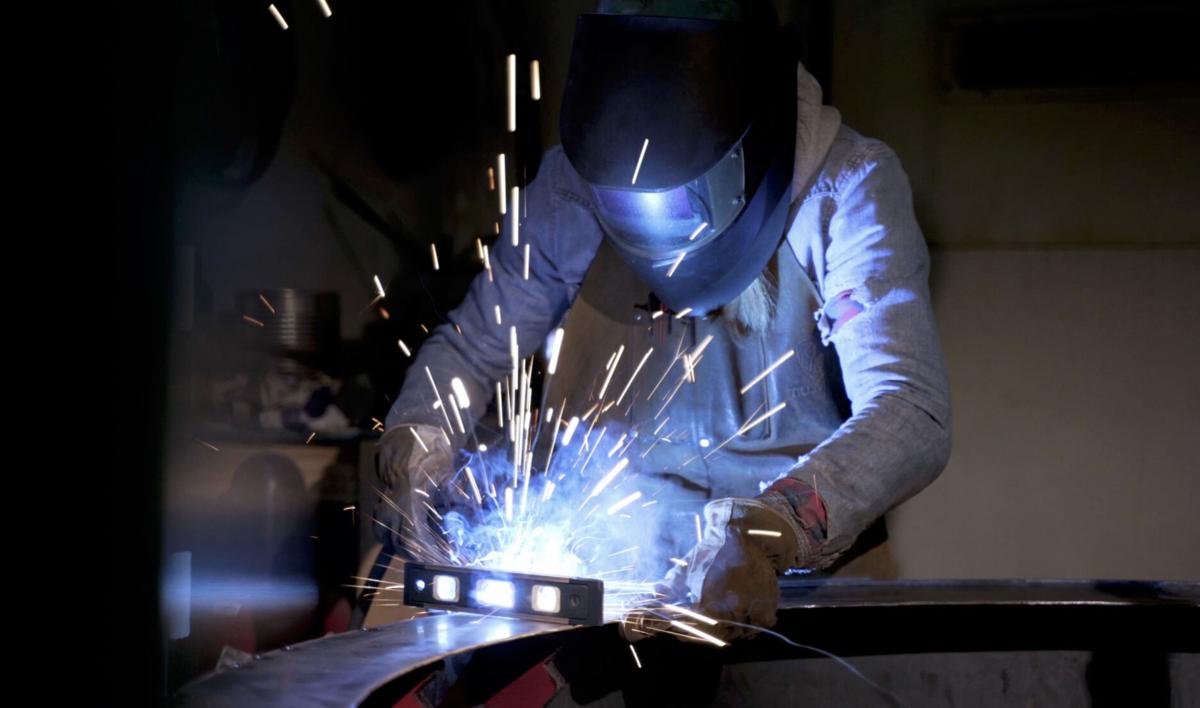 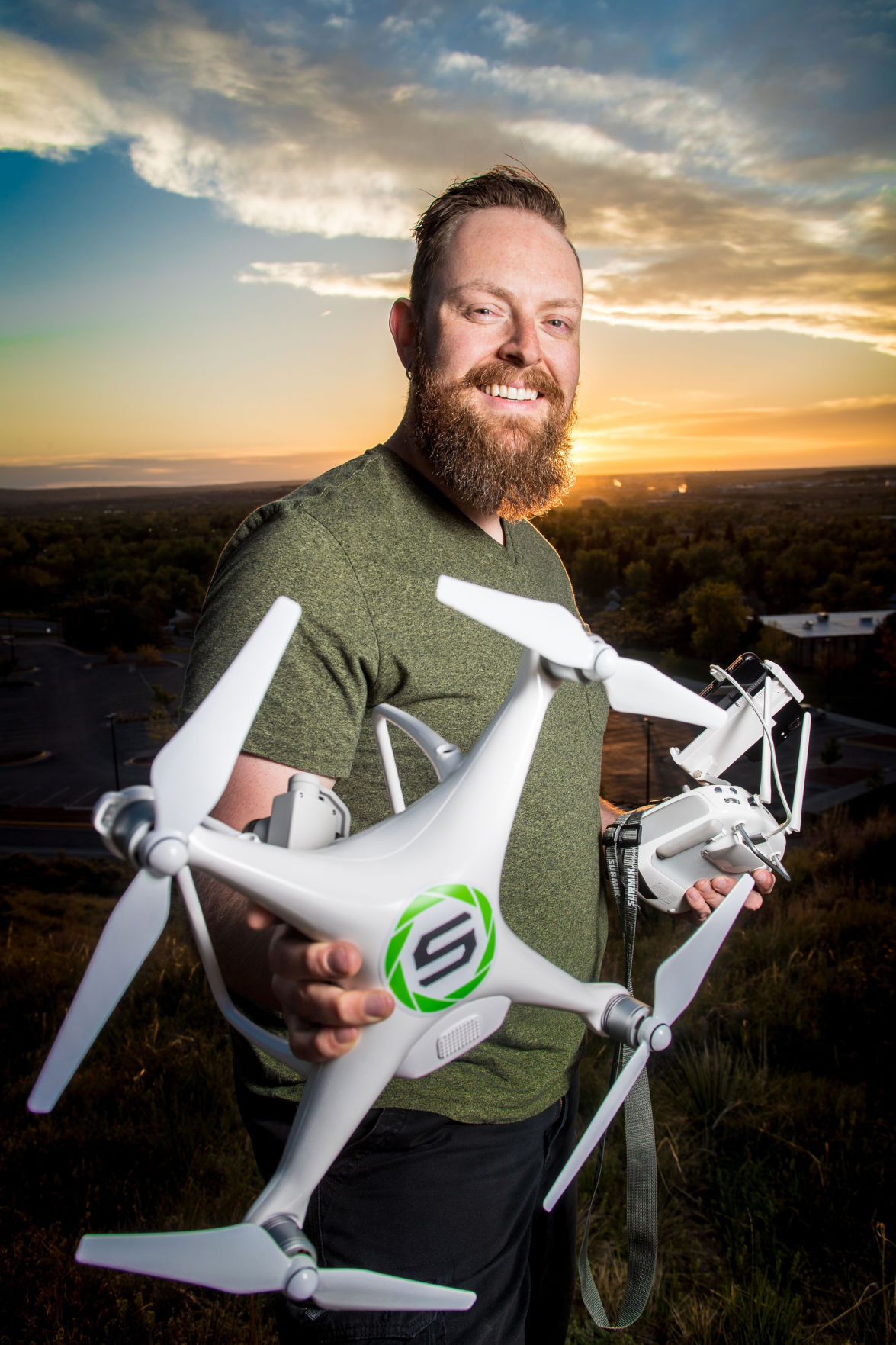 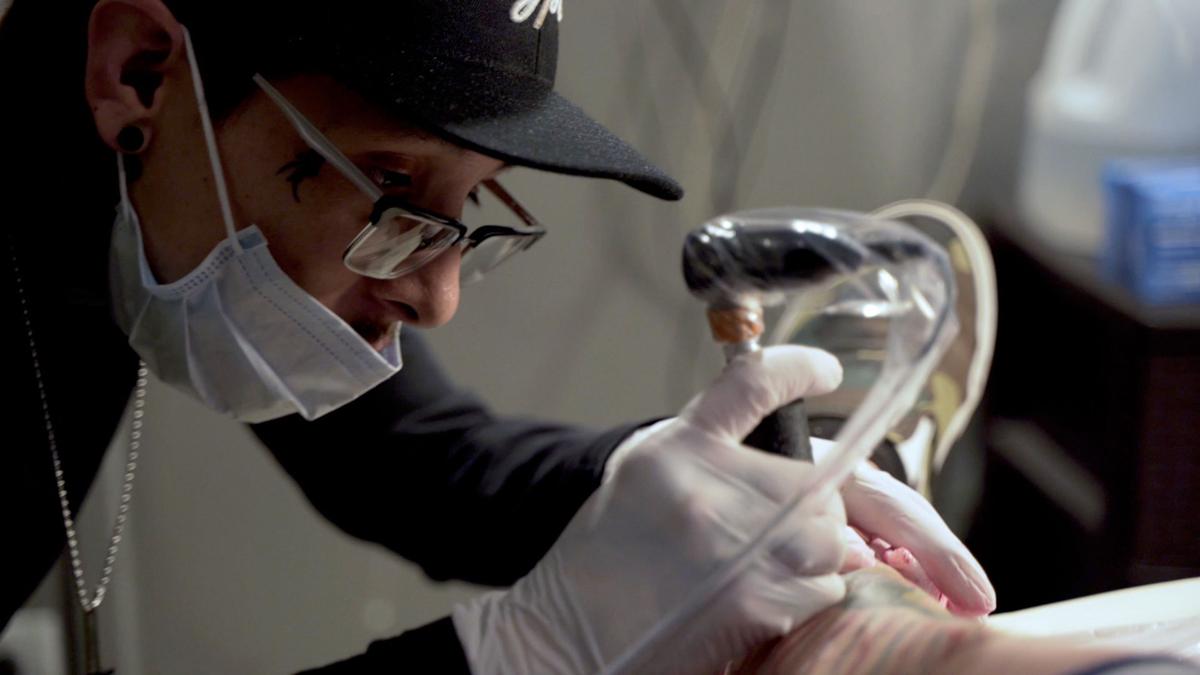 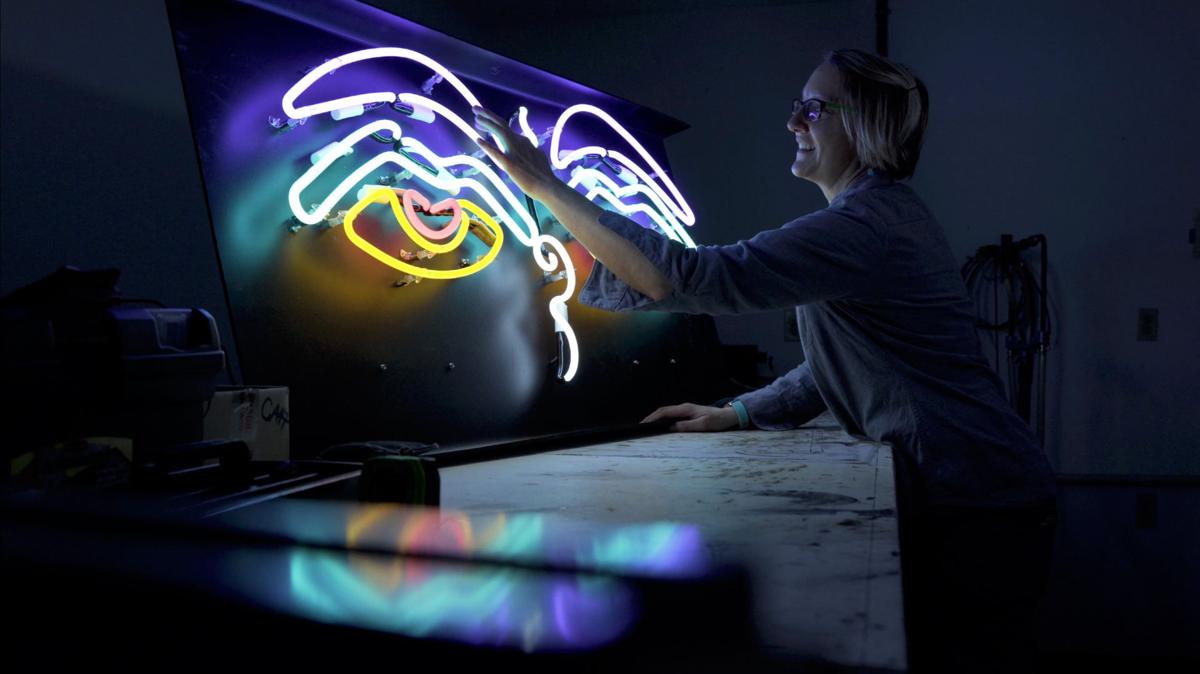 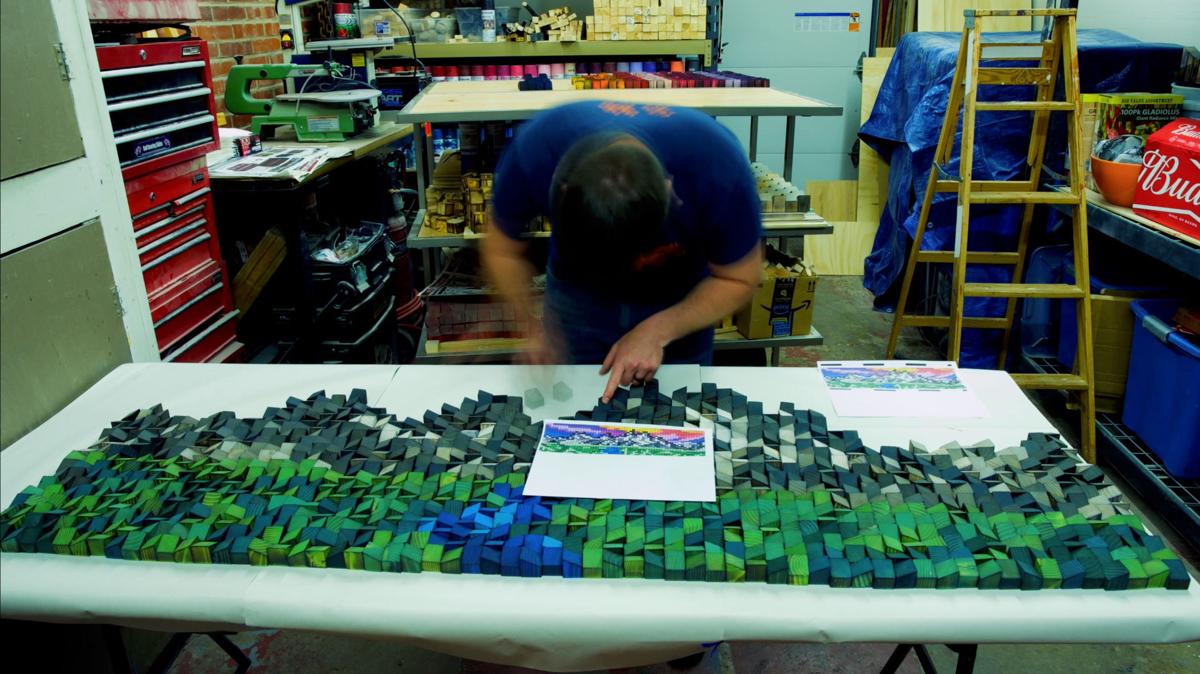 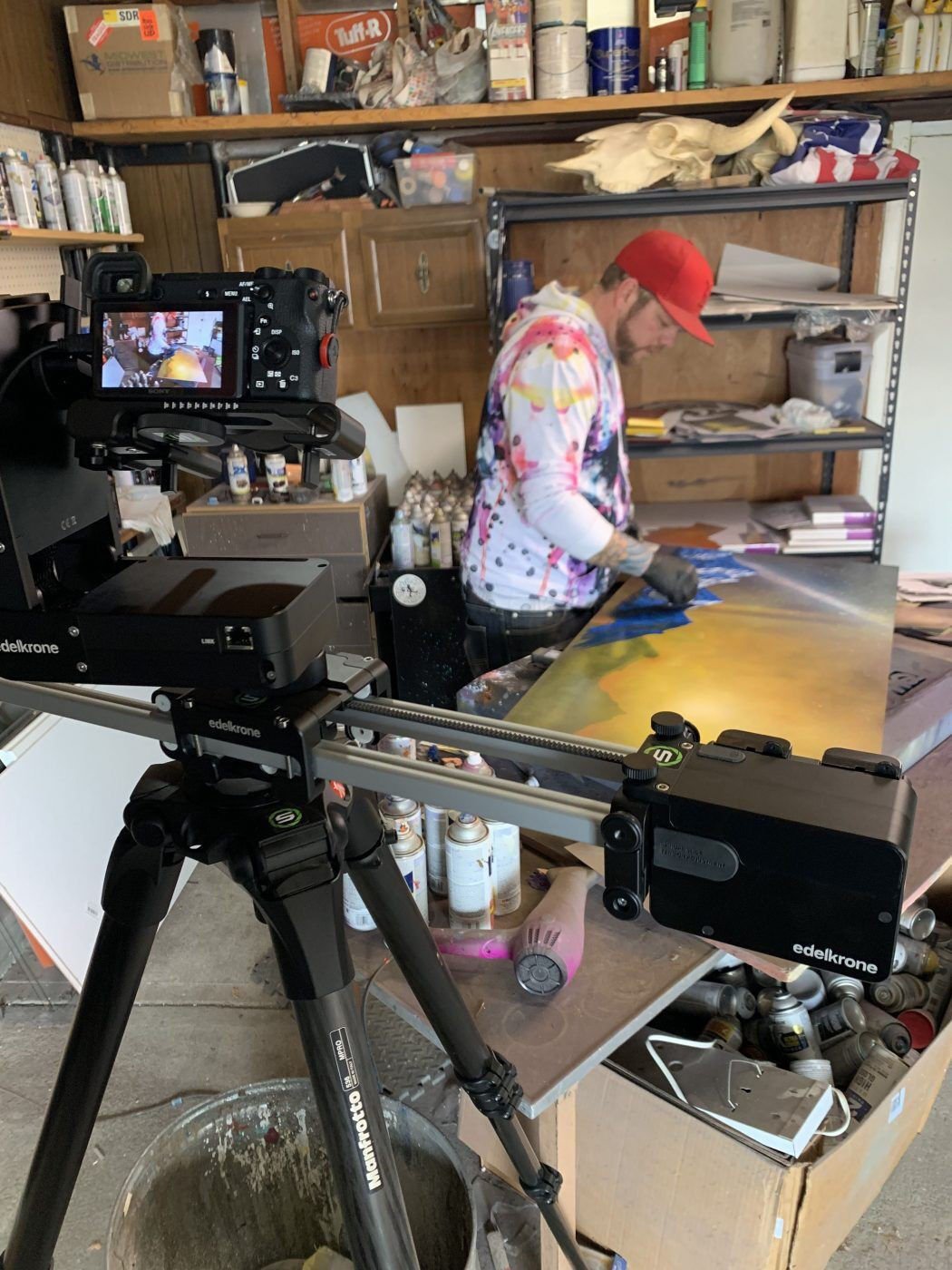 The film tells a story of growing creativity in Casper as it explores perspectives from artists in the least populated state and the impact of artists on local culture.

“Wyoming is known for its natural gas and its resources and all that stuff, but it’s not really on the surface known for art,” Stengel said.

The 15-minute documentary premiers 6:30 p.m. Saturday at Art 321 followed by a discussion with four of the artists: James Bardgett, Betsy Bower, Connie Morgan and Chris “Rugie” Ruegsegger. The event is a fundraiser for ART 321’s new Project Recovery Fund to help artists in Wyoming continue projects after the COVID-19 pandemic.

“And I think ultimately Wyoming, and specifically Casper, has a really strong art community,” Stengel said. “Especially in the last four to five years, it’s really been developing and you’re seeing murals pop up and you’re seeing different types of art.”

“Make Art Wyoming” explores the challenges of artists in Wyoming, how they’ve made livings through art and even advantages they may have here as the art community builds.

“Maybe Wyoming is a place that art can thrive because there’s not a lot of people doing it here,” Stengel said. “So it can almost even become known for its art because of those things that may have at first seemed like challenges.”

He sought artists who work in mediums less often seen in galleries, like Bardgett, who creates wood mosaics and other multimedia art, and tattoo artist Pnut. The film shows women in Wyoming create unique kinds of art with metal artist Bower and neon artist Morgan, he said.

The artists in the film have become known in the community in various ways, he said. Rugie, for example, is known for murals including a piece on the old Alpenglow Natural Foods storefront downtown after it was damaged in a fire and has taught graffiti art classes at the Nicolaysen Art Museum as he works to show street art is an legitimate art form.

Bower’s work is shown in places including the Nicolaysen Art Museum and can be seen all over town from Wyoming Medical Center to Racca’s Pizzeria Napoletana. She and Morgan created the neon and metal sign at Art 321.

Artists in the film talk about the growth of art in Casper in recent years with events like art walks, shows and other events at places including Art 321, Scarlow’s Gallery, the Nicolaysen and Metro Coffee that have elevated the art scene and created opportunities for artists. The film also touches secondarily on economic impact of what artists have been able to do for tourism and make Casper a more attractive place.

“I wanted this to be about the Casper community and about people here and what specifically artists are doing here,” Stengel said. “You know, they’re actually not starving artists; they’re actually kind of thriving here.”

Like the subjects in his new documentary, Casper native and self-taught filmmaker Stengel is an artist building a career in Wyoming. He primarily creates freelance video production though his business, Stengel Media.

He last year shifted to part time in his job of 12 years as an X-ray tech to focus more on his growing business, which he hopes to eventually become his sole occupation, he said.

The documentary he mainly filmed last year gave him a chance to create a project that’s completely his own vision and grew from filming artists to practicing techniques with some new equipment. “Make Art Wyoming” recently won an excellence award at the Docs Without Borders Film Festival in West Virginia.

Once he finished the project, he wanted to take it even further to help local art and artists even in a small way. So he talked with those at Art 321 about how it could raise money and awareness to help the art community and culture in Casper continue to grow.

Art 321 had already established an Emergency Relief Fund that provided $100 for artists who needed support amid the pandemic and closures with expenses like food, rent or utilities, Art 321 executive director Tyler Cessor said.

The fund evolved into Project Recovery Fund to help Wyoming artists of any medium to move forward with projects shelved because of the pandemic. Art 321 partners with the Wyoming Humanities Council and the Wyoming Arts Alliance for the fund and documentary premiere.

“But that was the idea, was that we would have this is a fundraiser, and talk about our artists and how they support the cultural fabric of Casper and also have made some major contributions to local businesses,” Cessor said. “... It was a great narrative and a great opportunity for us to raise some funding for artists struggling because of COVID.”

Stengel’s goal in the documentary was to tell a story that people care about.

“And, you know, I think I think that art is definitely something that people in Wyoming care about,” he said. “And I think they’re starting to really open their minds to some different, cool kinds of art. So I think it’s just the beginning of what the art scene in Wyoming is going to be.”

When: Social hour starts 6:30 p.m. Saturday with cash bar by Urban Bottle, screening at 7 p.m. followed by a discussion with artist in the film

The premier is also avaialble via Zoom at https://us02web.zoom.us/j/2264119847?pwd=YUJtbThCZEMzdmF2VmNzUE9SQXR3Zz09 and donations may be made online at art321.org/donate with a note for "Artist Project Recovery Fund."

Face masks are required in Art 321.

Back to the Future Trilogy - Universal Studios Home Entertainment

Movies in a Minute: 'The Nest' & 'Antebellum'