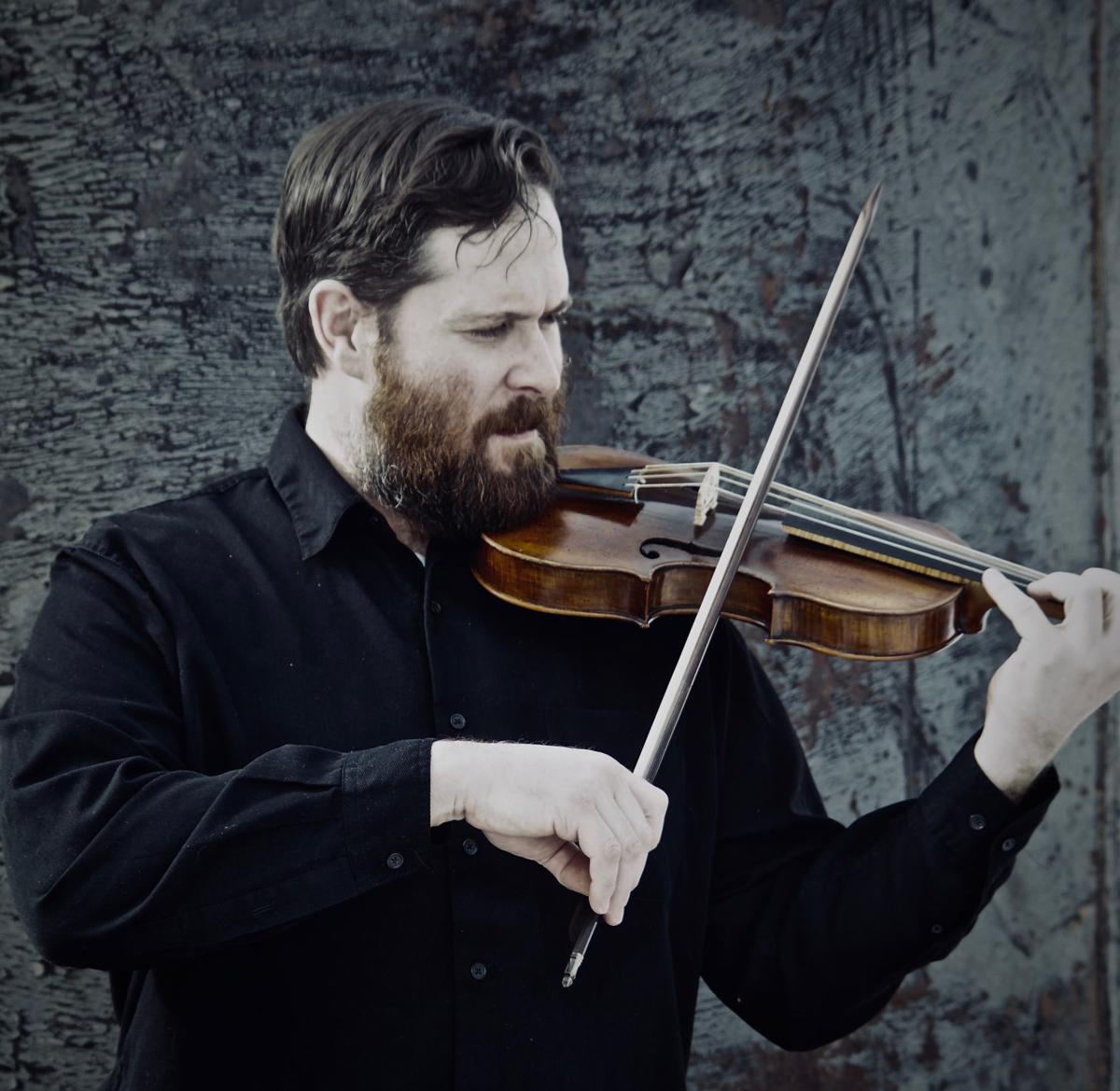 Conor Jacobson, who hails from a farm in Pavillion studied at the Royal Conservatory of The Hague in The Netherlands before returning to his home state. He has planned a Wyoming tour that culminates in Casper with his friend from Casper College Andre Bohren. 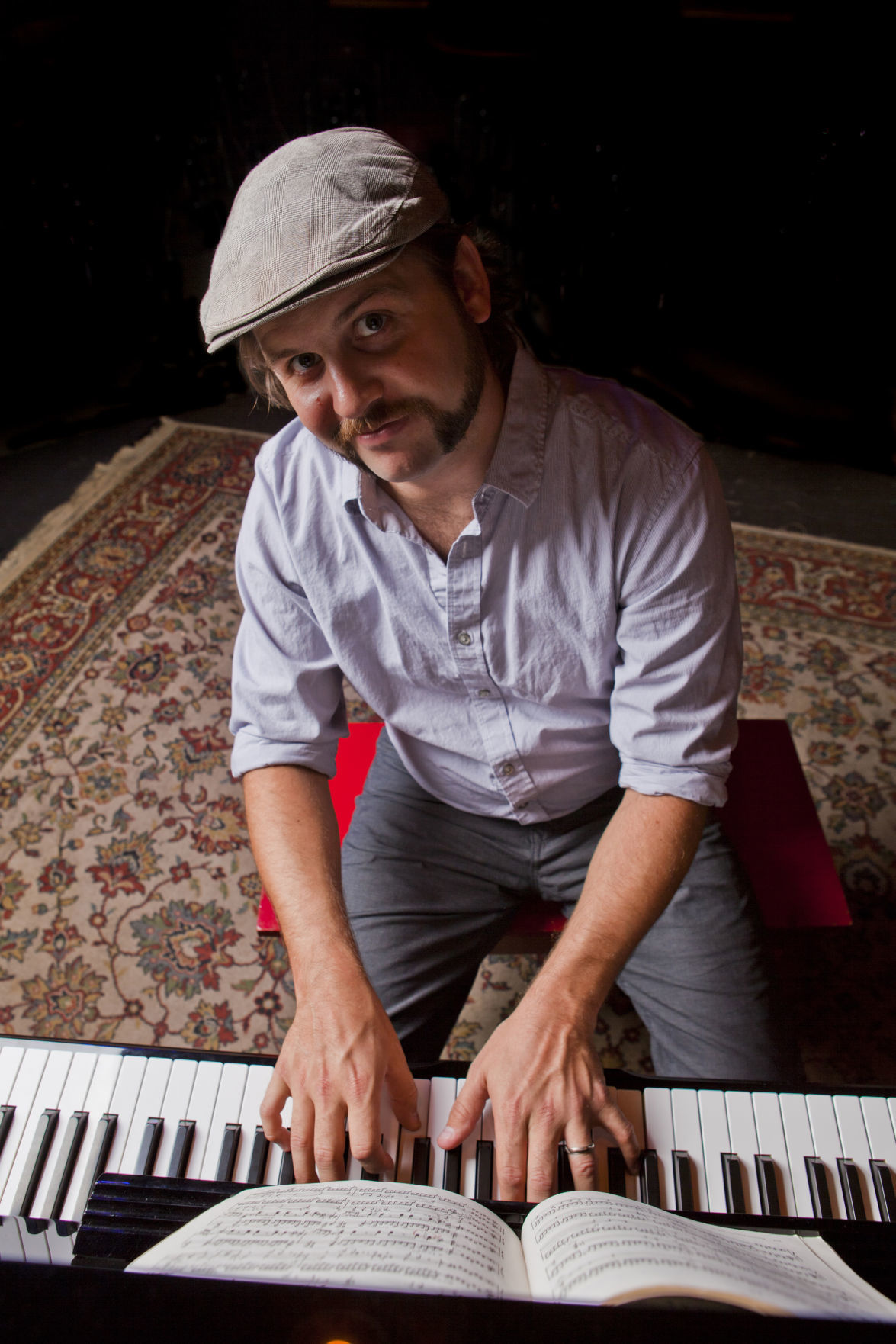 Andre Bohren has performed piano across the country and regularly gigs in New Orleans, where he also plays drums with New Orleans Band Johnny Sketch and the Dirty Notes. He has planned a Wyoming tour that culminates Sunday in Casper with his friend from Casper College Conor Jacobson.

It’s been nearly 20 years since musicians Andre Bohren and Conor Jacobson performed together during their days at Casper College.

That was before they continued their studies at major music schools, which took Bohren to New Orleans where he’s made his career as a musician. It was before Jacobson studied in the Netherlands and moved back to his home state.

This week, the pair reunite for a tour in their home state that culminates at the concert hall of Casper College, where they met and first performed together.

They built the tour around their Artcore concert featuring Beethoven sonatas for piano and violin Sunday at Casper College’s Wheeler Concert Hall.

“It’ll be interesting; I mean, that’s 20 years of musical growth that we both have under our belts,” Jacobson said. “And it’ll be interesting to come back together and each be bringing that experience back to the table and combine that.”

Bohren and Jacobson count Casper as the place where they began to grow serious about music under teachers important to their musical development. Bohren as a child for years traveled with his family across the country on tours for his father, Casper native Spencer Bohren, who died in June following an accomplished career.

His father sparked Bohren’s musical interest and continues to inspire him as a musician and as a new father with a 3-month-old son.

“I saw firsthand how much work it takes to maintain a career like that,” he said. “But I also saw firsthand, you know, I watched him successfully raise a family on playing music.”

Bohren started on electric guitar as a child before he took to the piano. His family moved when he was 12 to Casper, where he studied with then-Casper College teacher and acclaimed pianist Janet Ahlquist.

“That was, really, the big one, was having somebody like Janet to sort of guide me, you know,” Bohren said.

He studied classical piano at Casper College and then at Loyola University in New Orleans, where he met his fellow members of band Johnny Sketch and the Dirty Notes, for which he plays drums. He began studying at the University of New Orleans in 2012 and has performed solo piano across the country, according to the Artcore website.

“So it’s kind of nice to surprise folks,” he said, “and at the same time, see somebody who you wouldn’t necessarily expect to come up and request Mozart.”

Jacobson grew up on a farm in the Pavillion area and chose violin when his grandfather asked him what instrument he wanted to play. Starting when Jacobson was about age 6 through high school, his grandfather drove him two hours to Casper for weekly lessons. Jacobson studied for years with then-Casper College teacher Curtis Peacock, who also conducted the Wyoming Symphony Orchestra.

“That’s really who I learned to play the violin from,” he said. “He was just a really, really fantastic teacher.”

Jacobson spent a year at Casper College and continued at the University of Wyoming and University of Arizona. Then he went on to study baroque violin at the Royal Conservatory of The Hague in The Netherlands. He lives in Cody with his wife and their daughter and still farms in Pavillion during the summer, he said. He’s performed in Europe and Chile, and his musical projects include upcoming workshops in Canada in the spring and a solo Artcore concert in March featuring Baroque music.

Sunday’s concert pairs the two friends in a piano and violin duet showcasing both instruments equally with Beethoven’s lyrical fifth sonata for violin and piano, titled the “Spring Sonata,” as well the composer’s ninth sonata, titled the “Kreutzer Sonata.”

“And number nine is really full of turmoil and really extra dramatic and fiery,” Bohren said.

“Beethoven was kind of known for being really moody and unpredictable as a person,” he added. “So like he definitely put all of that unpredictability into these two pieces.”

Bohren has returned to Casper regularly to perform, including solo and with the band, and Jacobson has always showed up, he said. He always loves to visit his family and friends in Casper and looks forward to taking in the Wyoming landscape and reuniting with Jacobson for the tour.

The two musicians have kept in touch through the years and long talked about performing together again. Jacobson doesn’t intend to wait another 20 years for the next collaboration, because they’ll be old by then, he said, laughing.

“Well, yeah, it doesn’t seem like a big deal until you hit 40 almost and then you’re like, ‘Wow,’” he said. “You better start using this time wisely, you know.”

They were about to confirm a concert together for last fall when Bohren and his wife found out their baby was on the way, and they’d talked about holding off longer because of Jacobson’s March show.

But they decided, as Jacobson told his friend, “there’s no time like the present.”

Editor’s note: Andre Bohren’s uncle is Star-Tribune publisher Dale Bohren. Dale Bohren was not involved in the reporting or editing of this article.

Nelly to play Casper as headliner of 4/2020 Spring Fest

Chingy, Twista, Do or Die and Sloan Bone of Bone Thugs-n-Harmony will also perform.

STOMP has played for more than 24 million people in more than 50 countries since debuting in 1991.

Buzz in if you know the answer.

LONDON (AP) — Soulful London rapper Dave brought a political edge to the U.K. music industry’s Brit Awards, giving a performance alleging racism in Britain's government and in media coverage of the royal family before he won the coveted album of the year prize.

Deborah Voigt was in California earlier this week when she got a text from a friend on the East Coast.

Conor Jacobson, who hails from a farm in Pavillion studied at the Royal Conservatory of The Hague in The Netherlands before returning to his home state. He has planned a Wyoming tour that culminates in Casper with his friend from Casper College Andre Bohren.

Andre Bohren has performed piano across the country and regularly gigs in New Orleans, where he also plays drums with New Orleans Band Johnny Sketch and the Dirty Notes. He has planned a Wyoming tour that culminates Sunday in Casper with his friend from Casper College Conor Jacobson.