In the predawn darkness, you can see an eerie red glow shining from the windows of the Hudson, Wis., home of Thaddeus Owen and his fiancee, Heidi Sime.

The couple are awake, having slept in their Faraday cage — a canopy over their bed that blocks electromagnetic fields like the Wi-Fi signals or radiation from cellphone towers, which they believe are harmful.

Their "primal sleeping environment" also has special pads under the bed that are supposed to mimic the effect of sleeping on the ground under the influence of the Earth's magnetic field, thus combating "Magnetic Field Deficiency Syndrome."

Their house is bathed in red light because they think white incandescent, LED and fluorescent lighting robs them of sleep-regulating melatonin hormones. They wear special sunglasses indoors for the same reason, blocking the blue light from computers, cell phones or televisions when it's dark outside.

Their morning routine includes yoga in a shielded, infrared sauna designed to create an "EMF-free ancestral space," and putting tiny spoonfuls of bitter white powders under their tongues. These are "nootropics," so-called smart drugs, which are supposed to improve focus, mood or memory.

When day breaks, they go out in their yard and face the rising sun — Thaddeus in shorts and no shirt, Heidi in a sports bra and yoga pants — doing Qigong in the snow and 25-degree air.

Getting early-morning sunlight, they believe, will correctly set the circadian rhythm of their bodies. Exposing their skin to the freezing temperatures, they hope, will help release human growth hormone, stimulate their immune system and trigger the body to burn fat to heat itself.

Forget Blue Zones. This is what your morning looks like if you're biohacking your way to an optimal you.

Biohacking is a DIY biology movement that started in Silicon Valley by people who want to boost productivity and human performance and engineer away aging and ordinary life spans. Think of it as high-tech tinkering, but instead of trying to create a better phone, biohackers are trying to upgrade to a faster, smarter, longer lasting, enhanced version of themselves.

Owen, 44, describes it as a journey of self-experimentation, using "practices that are not talked about by mainstream media and your family doctor." His aim is to combine the latest technology and science with ancient knowledge to modify his environment, inside and out.

"My entire goal is to basically age in reverse," he said.

Owen, who is from New York, studied chemical engineering in college. He worked for Procter & Gamble, helping to create beauty care products, and for pharmaceutical firms, developing manufacturing processes.

Now he works from home, managing worldwide product regulations in the sustainability department for office furniture company Herman Miller. But he moonlights as a biohacking guru.

He's helping to organize a "Cold Thermogenesis and Heat Shock" retreat at the end of next month in Pequot Lakes, Minn., where 50 people will pay up to $2,300 to spend four days going on "shiver walks," drinking Bulletproof coffee and plunging into ice water.

He founded the website primalhacker.com and he and the 45-year-old Sime (who also goes by the name Tomorrow) run a website called thaddeustomorrow.com, where they market biohacking products like red light panels, a baby blanket that blocks EMF radiation and a $5,499 Faraday cage sauna that's the same type used by Twitter founder Jack Dorsey.

Owen said he relies on "tons of research" to support avoiding blue light at night and the healing properties of the early morning sun.

The Harvard Health Letter, for example, said that blue light from devices, LED and compact fluorescent bulbs can throw off the body's circadian rhythm, affect sleep and might contribute to cancer, diabetes, heart disease and obesity. Some studies have shown that exposing people to cold temperatures burns calories and repeated cold-water immersions might stimulate the immune system.

And those infrared saunas? They don't appear to be harmful and maybe they do some good, according to Dr. Brent Bauer, an internal medicine expert at the Mayo Clinic.

But being healthy really doesn't need to be that complicated, according to Dr. Michael Joyner, a human performance specialist at the Mayo Clinic.

"All these things sound great," Joyner said of the biohacks. "There's a ring of what I call 'bioplausibility' to them."

But Joyner said it's often hard to find evidence that biohacking practices actually work and that most Americans would be healthier if they just followed basic advice.

"You need to go for a walk, not smoke, not drink too much, don't eat too much," he said.

But Owen's goal is not to be merely healthy.

"I want my biology to be shifted to that supernormal range, where I'm optimally healthy," he said.

Moving into the mainstream?

When he started biohacking about 12 years ago, Owen's goal was to improve his sleep. As a competitive athlete, he was fit, but he had problems with anxiety and insomnia.

So he started wearing special glasses to block blue light. His co-workers used to think he was odd. Now Owen's company is asking him for advice on what kind of lighting should be used in work settings to keep employees healthy. And his sleep and anxiety problems have gone away.

"I went from being the weird guy to being consulted," he said.

"We all sort of watch what he does," said Gabe Wing, director of sustainability at Herman Miller and Owen's boss. Wing said Owen has influenced some co-workers to try blue-light-blocking tools. But no one at the Michigan-based company is going outside shirtless in the winter.

Still, more people are biohacking. When Owen first got into it, he didn't know of any other biohackers in the Twin Cities. Now there are more than 500 people in the Biohackers Twin Cities Meetup group.

Susan Eiden regularly gets advice from Owen. The Minneapolis resident said using red lights at home has drawn comments from neighbors, but the lights — combined with blue-blocking glasses and turning off the Wi-Fi at night — have improved her sleep.

While many biohacks seem odd now, Owen is convinced that some of them will become common practices.

"This whole blue light thing, it's not going away," he said. "More research comes out every day and it's becoming more mainstream." And using nootropics "is growing bigger and bigger every day," he said.

Owen takes supplements, some of which are considered prescription drugs in Europe and Russia, like phenylpiracetam, which is said to have boosted stamina among Soviet cosmonauts. Other "preclinical compounds" he and Sime use are in a regulatory gray area in the United States. Nootropic developers give them supplements that aren't on the market yet because they're biohacking influencers.

"We're like lab rats. They send us stuff. We try it out," Sime said.

Owen and Sime have five of their children, ages 8 to 17, living with them. The kids wear blue-light-blocking glasses when they watch TV, but they're OK with it, the couple said. Some of the kids have made videos or given talks to peers about the benefits of the glasses.

"I think cellphone radiation is going to be the new lead, asbestos and smoking," said Owen, who turns his Wi-Fi off at night, keeps his cellphone in a special Faraday pouch when he sleeps and sometimes wears radiation-proof underwear.

(The National Institute of Environmental Health Sciences says "scientific evidence has not conclusively linked cellphone use with any adverse human health problems, although scientists admit that more research is needed.")

He's been a vegan and a vegetarian. Now he eats what he describes as a local, seasonal diet: local vegetables, fruits, nuts and honey during the growing season. That's followed by a high-fat, low-carb ketogenic diet in late fall and early winter. Then an all-carnivore diet in late winter, including animals he's raised at a friend's farm.

One of the few white light bulbs he has in his house is pointed at the stove because in red light, it's hard to tell if meat is cooked.

He also consumes ceremonial grade cacao, coffee with collagen peptides and chocolate ghee and homemade sauerkraut that's fermented and subjected to special music that has the "frequency of love."

"Those are living microbes, so I infused them with a love frequency to make them happy and healthy," said Owen, who has a master's degree in holistic nutrition.

While he used to do marathons and triathlons, he now exercises for longevity rather than competition, with high-intensity training, weights, racquetball and cross-country skiing.

If it's too cold to be barefoot when he goes out in the morning, he'll put special straps on his boots to create a conductive connection between his body and the Earth.

It's a practice called "grounding" or "Earthing" that's supposed to allow electrons to pass between the Earth and his body to reduce inflammation and neutralize free radicals. Gwyneth Paltrow swears by it, according to an article on goop.com.

Owen doesn't have a particular longevity goal, unlike biohacker and Bulletproof Coffee founder Dave Asprey, who has said he wants to live to at least 180.

Owen just wants to be healthy and independent for as long as he lives.

"I want to maximize the health of my biology to what it's capable of," he said. "I want to live the best life that I can. I want to be happy. And I want to have a body and a mind that does the things I want them to do."

There was a time when Bloomberg’s criticism was consistent.

The California Democratic members of Congress who flipped seven Republican seats two years ago made health care a major campaign issue, criticizing their opponents for voting to repeal the Affordable Care Act. As the Democrats defend their seats in this year’s elections, they are coming back to health care — but the issues are different.

To Boost Bottom Lines, Single-Payer May Be Just What These Restaurateurs Ordered

Small-business owners, frustrated by the byzantine health system, are warming to the idea of a “Medicare for All,” government-run system, even if it increases their taxes. But they have questions. 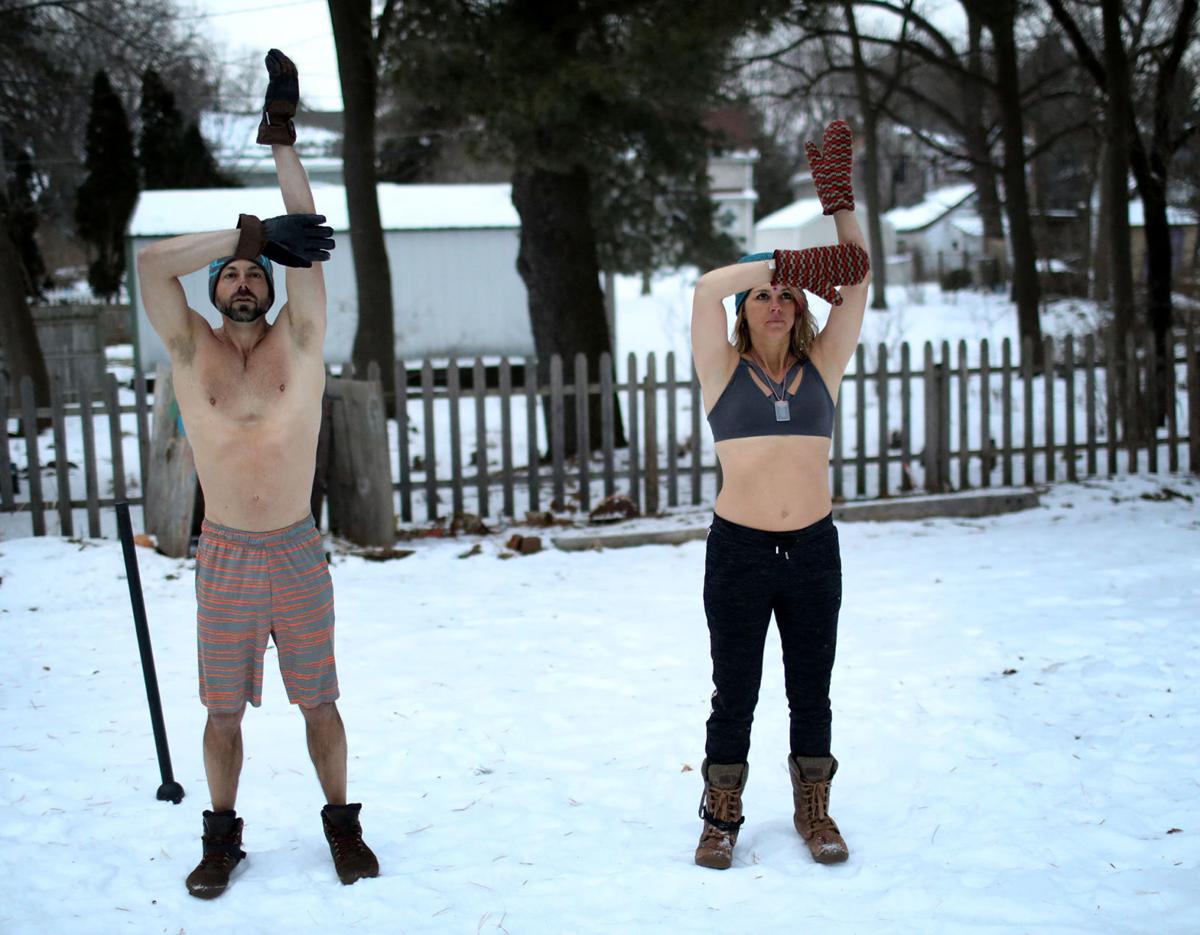 Biohackers Thaddeus Owen and fiance Heidi Sime practiced Qigong before at dawn as part of their daily ritual on, Jan. 9, 2019, in Hudson, Wis. Biohackers are sort of high-tech health nuts who believe they can manipulate the environment and body to create a better, smarter, long-lived, higher performing self. (David Joles/Minneapolis Star Tribune/TNS) 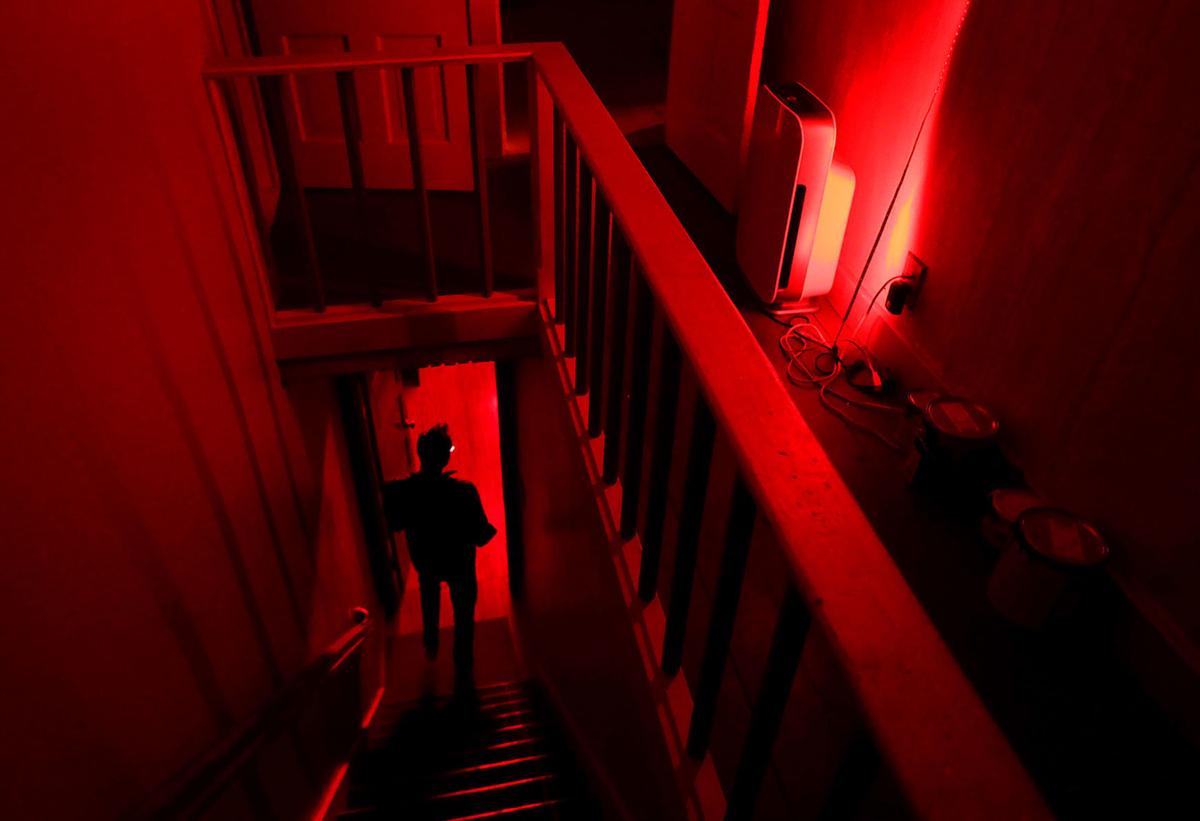 Biohacker Thaddeus Owen takes the stairs to the first floor in the family's home, bathed in red light each day before dawn and seen on Jan. 9, 2019, in Hudson, Wis. (David Joles/Minneapolis Star Tribune/TNS) 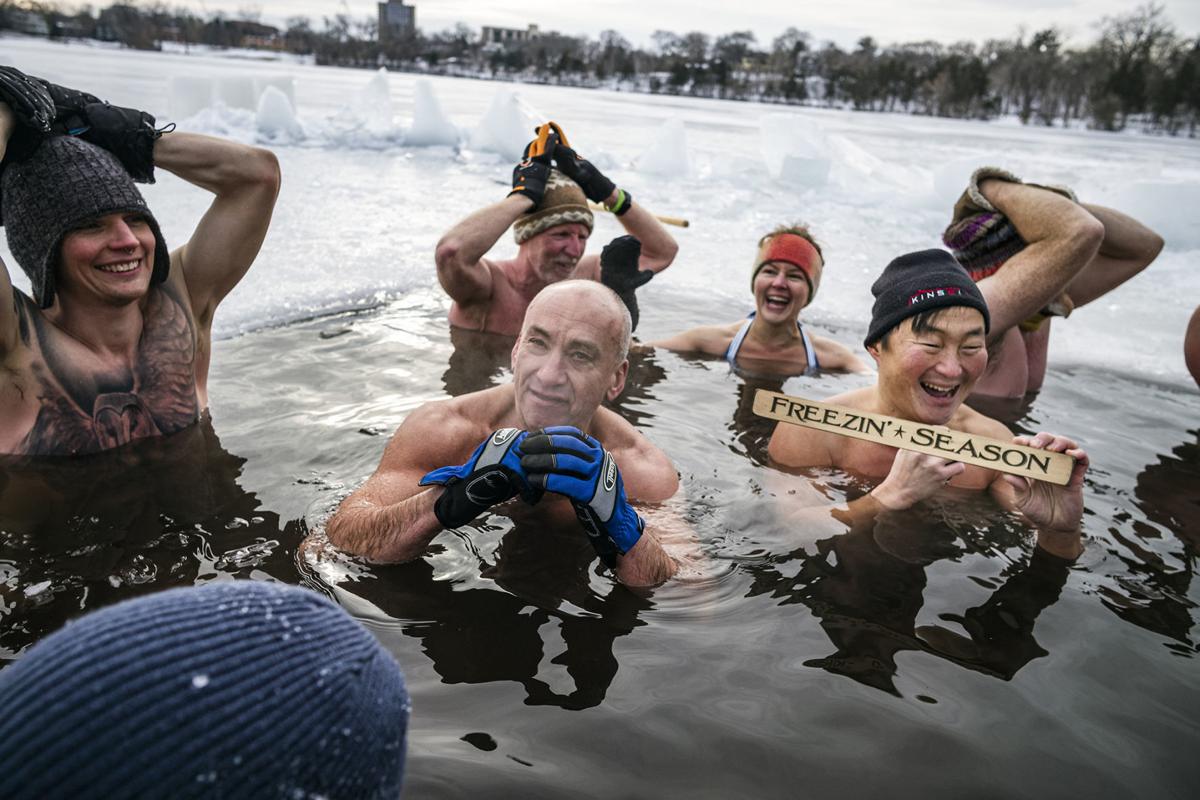 From left, Dane Edward Miller, Leo Royzman, Chad Juncker (holding sign) embrace the ice bath hack on Jan. 12, 2020. Throughout the winter, biohackers maintain a a hole in the ice chopped into Cedar Lake in Minneapolis in the belief that regular cold water immersions make them healthier. (Richard Tsong-Taatarii/Minneapolis Star Tribune/TNS) 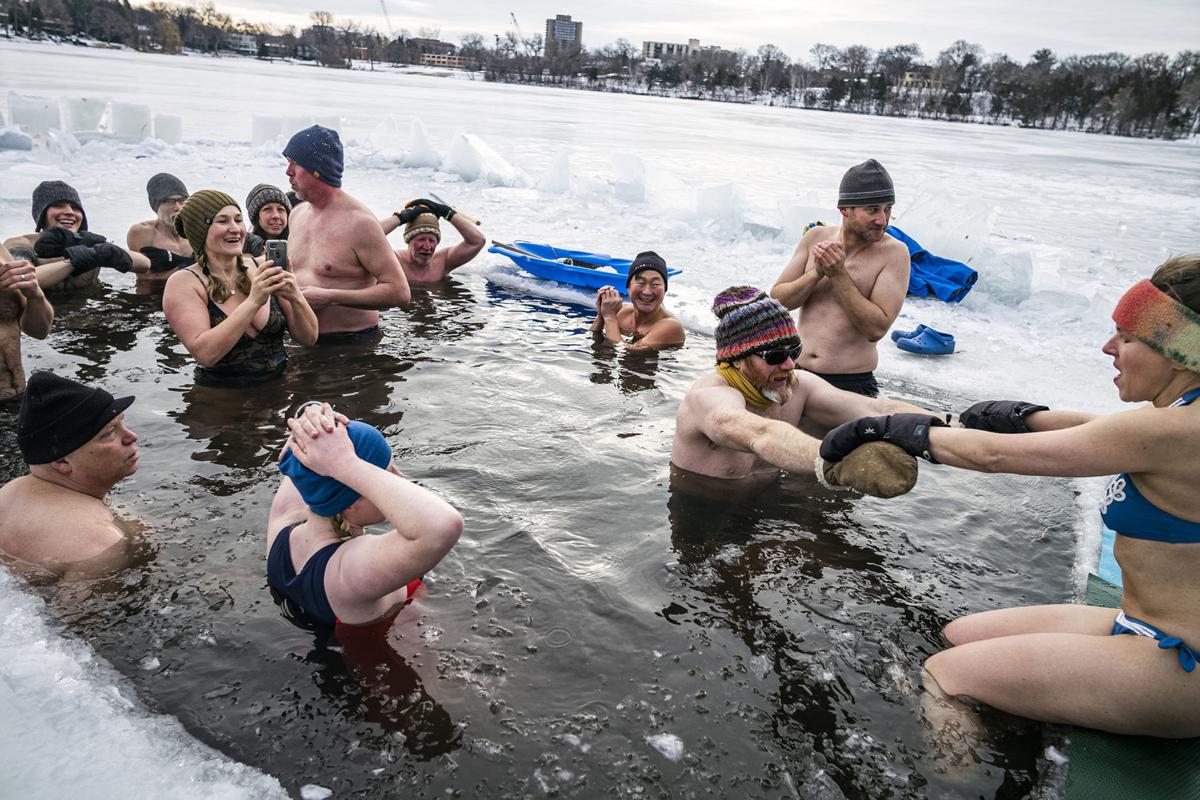 More than a dozen people can fit in the hole opened up by maestro Svetlana Vold(holding phone) for participants to partake including Mario Macaruso who helps Kara Hausmann get in the water. Some who are habituated to the cold water can stay up to twenty minutes. Throughout the winter, biohackers maintain a a hole in the ice chopped into Cedar Lake in Minneapolis in the belief that regular cold water immersions make them healthier. (Richard Tsong-Taatarii/Minneapolis Star Tribune/TNS)