A boy in Michigan showed up at the courthouse in Grand Rapids, Michigan, on Thursday for an adoption hearing with his foster parents, and he had a crowd of unusual supporters.

Five-year-old Michael's entire kindergarten class sat in the audience behind him waving big red hearts mounted on wooden sticks to show their support.

Michael's adoptive father told CNN his favorite part was when the judge asked everyone present in the room to explain what Michael means to them.

The kindergartners offered the most touching answers, standing up and telling the court, "I love Michael" or "Michael's my best friend," his father said.

He added that the judge said it was the first time she'd ever hosted a whole kindergarten class for a hearing in her courtroom.

Michael's parents fostered him for a year

Michael's mother told CNN that her new son's teacher, Mrs. McKee, floated the idea to her one day when she dropped Michael off at Wealthy Elementary School.

McKee knew the adoption would be finalized soon, and the two agreed on how to make the big day particularly special for Michael.

From there, McKee organized the whole class outing, procuring a school bus, and gave her students a field trip to remember.

Michael's new father and mother have been married for nearly 10 years, and he's been living with them as a foster child since last Thanksgiving.

"We didn't have any kids prior to that, and things got pretty chaotic in a hurry," his father said.

The proud parents said their charismatic son loves to dance and swim and to play basketball and soccer.

They say they're amazed at how many friends he has, and his father says one of the most beautiful parts of the past year has been the many children "welcoming (Michael) into their homes and onto play dates." 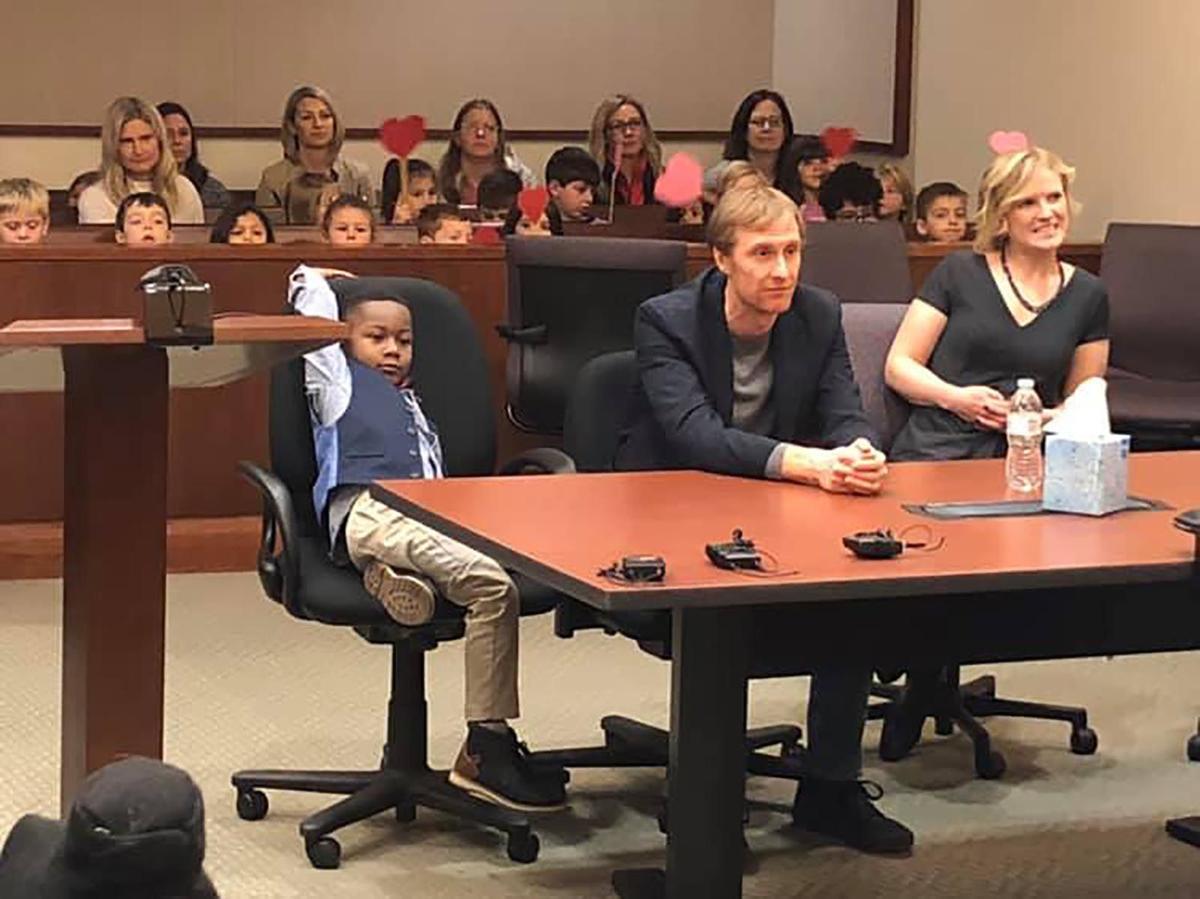 Five-year-old Michael's entire kindergarten class sat in the audience behind him waving big red hearts mounted on wooden sticks to show their support for his adoption. 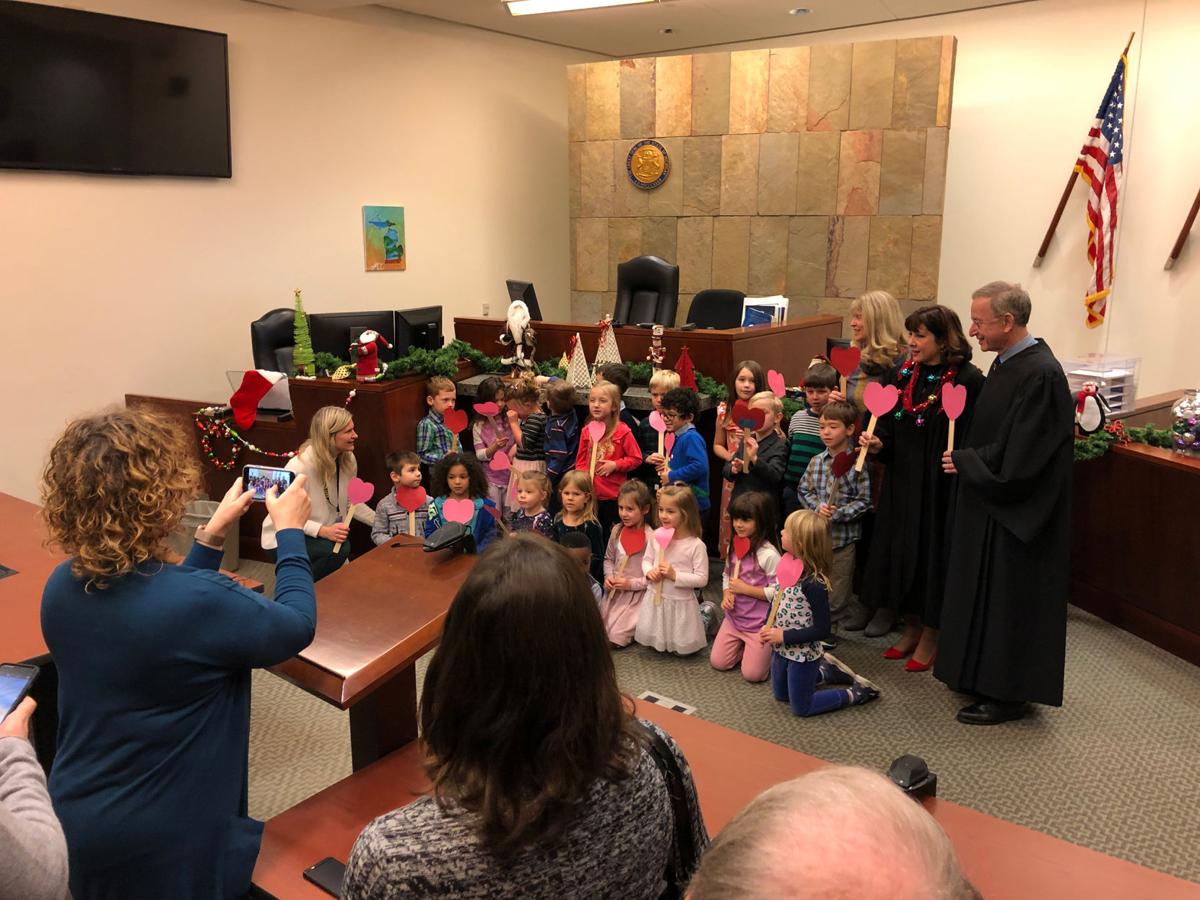