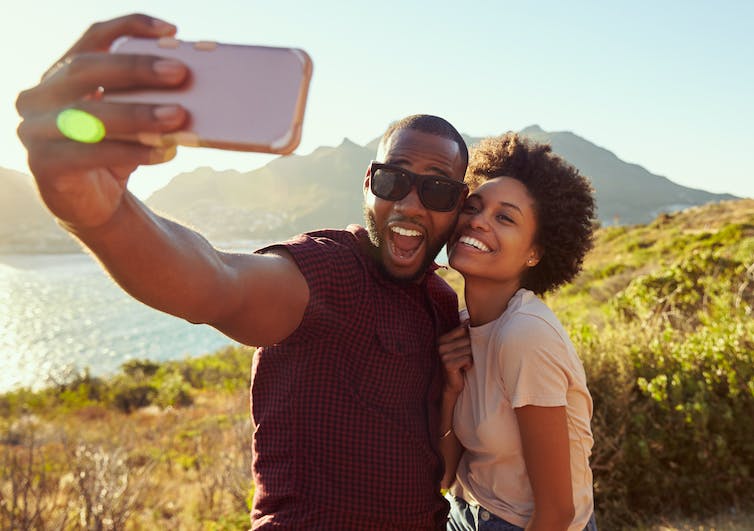 As you scroll through your Facebook news feed, you see it: Your friend has posted a new profile picture. But instead of a picture of just your friend, it’s a couple photo – a picture of your friend and their romantic partner.

“Why would someone choose that as their profile picture?” you wonder.

We are social psychology researchers interested in understanding people’s behavior in close relationships and on social media. Our research and that of other scholars provides insight into why people use these types of “I’m part of a couple!” displays on social media. Choosing profile photos that include their romantic partner, posting their relationship status and mentioning their partner in their updates can all be signs of how people feel in their relationship – and may send an important message to potential rivals.

What we social psychologists call “dyadic displays” are relatively common.

In a recent study that we conducted, 29% of romantically involved Facebook users had a “couple” photo as their current profile picture. Seventy percent had a dyadic relationship status posted – such as “In a relationship” or “Married.” And participants mentioned their romantic partner in 15% of their recent Facebook updates.

People who have an anxious attachment style – who worry about their partner rejecting or abandoning them – are also more likely to use a dyadic profile photo and post a dyadic relationship status on Facebook. In contrast, people who have an avoidant attachment style – who are uncomfortable depending on others and who prioritize maintaining their independence – are unlikely to showcase their couplehood in these ways.

Whether someone underscores their romantic status online can also change according to how a person is feeling at a given time. People are more likely to post relationship-relevant information on Facebook on days when they feel more insecure about their partner’s feelings for them than they typically do and on days when they feel more satisfied with their relationship. 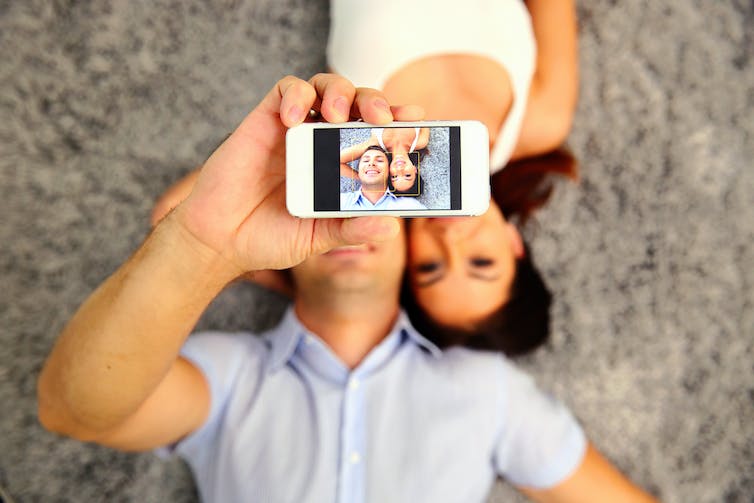 Why display couplehood this way?

One possible reason, proposed by other scholars, is that these displays accurately represent how many romantically involved people see themselves.

Our recent survey of 236 romantically involved adult Facebook users supported this idea. We found that people – especially those who are very satisfied with their relationships – use dyadic displays partly because they see their partner as part of who they are.

We also found another, more strategic reason that people perform these displays: They’re motivated to protect their relationships from threats that exist on social media. Using Facebook, Twitter and all the rest exposes people to a variety of things that could potentially harm their relationship, including ex-partners, alternative partners they could start a relationship with and romantic rivals who could attempt to steal their current sweethearts.

Outside of social media, research has shown that committed people engage in a host of behaviors to defend their relationships against threats posed by alternative partners and romantic rivals. Mentioning their partner or relationship is one way people may try to ward off these potential troublemakers.

We found that people who were more motivated to protect their relationships from these kinds of threats were more likely to use dyadic displays. Wanting to keep the good thing they had going was one reason why highly satisfied and committed people were particularly likely to feature their partner on their social media profiles. 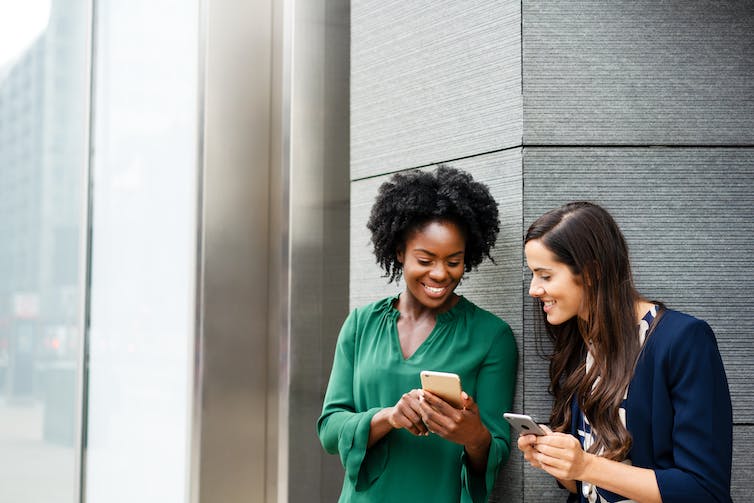 These coupled-up messages are interpreted in several ways by others. Tim Robberts/DigitalVision via Getty Images

How do others interpret these displays?

Interestingly, viewers tend to form fairly accurate impressions of others based on their social media profiles and posts.

In experiments, researchers have manipulated social media profiles to investigate the consequences of advertising your coupledom in these ways.

Posting couple photos and using other dyadic displays leads other people to perceive the profile owner as more likable and as more likely to be in a satisfying and committed relationship.

These dyadic displays not only communicate commitment, but also suggest that the profile owner is unlikely to be receptive to romantic advances from other people. This may discourage others from trying to get closer to the profile owner, perhaps protecting the relationship.

If you’ve never done it, it may seem surprising that people would choose a “couple photo” as their profile picture. But doing so has the potential to produce positive outcomes for that person and their relationship.

You’re too busy to read everything. We get it. That’s why we’ve got a weekly newsletter. Sign up for good Sunday reading.

This article is republished from The Conversation under a Creative Commons license. Read the original article.

CASPER—Mike “Wowzer” Johnson was born January 6, 1947 in the Big Horn Basin in northern Wyoming. He graduated from the University of Wyoming w…

CASPER—James grew up as a natural athlete of all sports and will never be forgotten as the hometown hero for his athletic achievements, making…

CASPER—A celebration of life for Doug Morton, 67, will be held at 2pm, Thursday, February 20, 2020, at Highland Park Community Church in Caspe…

With much of the country experiencing cold temperatures this week, it looks like some special precautions are in order.

Amazon shoppers like these earbuds better than Apple AirPods

The best part? They'll actually stay in your ears.