Every 10 years, the U.S. Census Bureau attempts to count every person living in the U.S. It’s an imposing task, and the bureau plans to use all the tools it has at its disposal, including mail and, for the first time, the internet.

The bureau will begin mailing out reminders in early March, urging people to “count themselves” online, by mail or by phone.

But Census Bureau representatives say the national outreach effort is a prime opportunity for scammers to take advantage of folks just trying to do their civic duty.

Here’s what to look out for as 2020 census efforts ramp up this spring.

First, you shouldn’t receive anything branded with the 2020 census logo until early March, when the bureau begins sending out “invitations” and “reminders” for people to take the census survey.

Casper continues to annex land ahead of census

Area Census Office Manager Daniel Barr said the bureau won’t mail anything related to the 2020 count until March, but after about March 12, the Bureau will mail several 2020 census reminders to households.

He also said the Census Bureau does conduct multiple surveys, and households could receive legitimate Census Bureau surveys before March that are not related to the 2020 census.

Barr said to look for the 2020 census branding.

Individuals should also be wary if they receive a phone call from somebody claiming to be with the 2020 census count.

“If they get a phone call and someone is trying to collect their data, that’s not from us,” Barr said.

Households are able to respond to the census survey by phone, but an individual would need to initiate that process themselves by calling the Census Bureau directly.

Casper Notebook: Casper just opened its 2020 Census office. Here's what you should know.

Barr also said the Census Bureau will not be sending 2020 census-related emails, so if a person receives an email urging their participation in the census count, Barr said he would be wary.

Still, there are entities promoting the census on their own, like cities and nonprofits. Information about the census that doesn’t come directly from the Census Bureau isn’t always fraudulent, he said. But if someone is asking for donations or personal information, that’s a red flag.

A list of the official 2020 census survey questions are available online at 2020census.gov.

As for what to look for once enumeration begins in late April and May, Barr said to look for an ID badge with a photo, watermark and expiration date. All census employees can be verified by searching their name online.

Looking ahead: Get ready to hear a lot about the 2020 census

If someone suspects they’ve received fraudulent mail or are being interviewed by someone pretending to be a census taker, Barr said to call the local authorities.

90-mph gust recorded on Outer Drive in Casper on Friday

That's as fast as the winds produced in a category 1 hurricane.

All Casper Municipal Court cases have been rescheduled for sometime after this week.

Jordyn Reed has made giving back a key focus of her high school career.

Talkin': Love in a small town

Perhaps the most ambitious project the nonprofit hopes to complete is a path extending Casper's rail trail to Edness Kimball Wilkins State Park.

The first of the four restaurants is set to open Aug. 1 on Casper's west side.

Edness Kimball Wilkins served as a Democrat in a Republican state. But her party affiliation didn’t keep keep her from gaining respect from po…

Jason Waugaman appeared in court free on bail while responding to the sexual abuse charges. 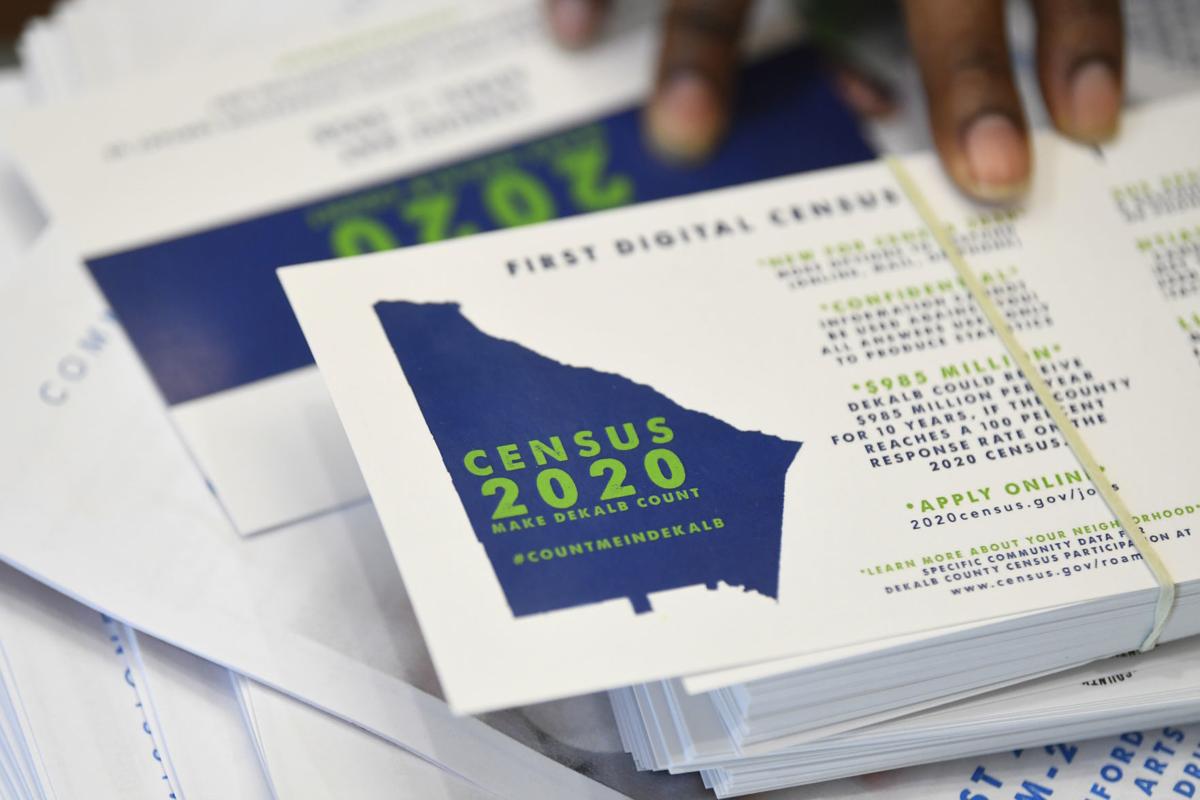 A worker gets ready to pass out instructions in how fill out the 2020 census during an August town hall meeting in Lithonia, Ga. Census Bureau officials warn that people should be wary of potential scams this year, such as someone claiming to be with the bureau and requesting credit card information.