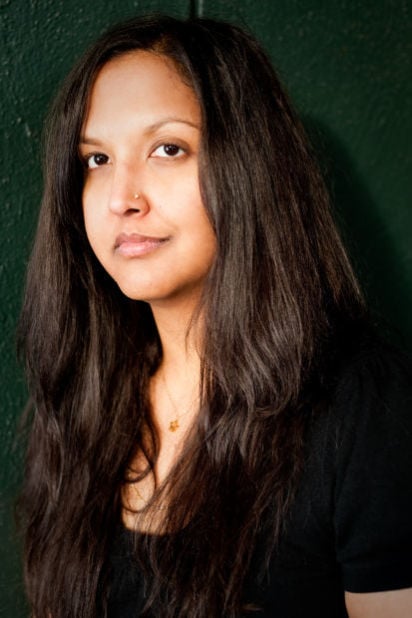 Casper native and University of Wyoming lecturer Nina McConigley is the author of the short story collection 'Cowboys and East Indians.' 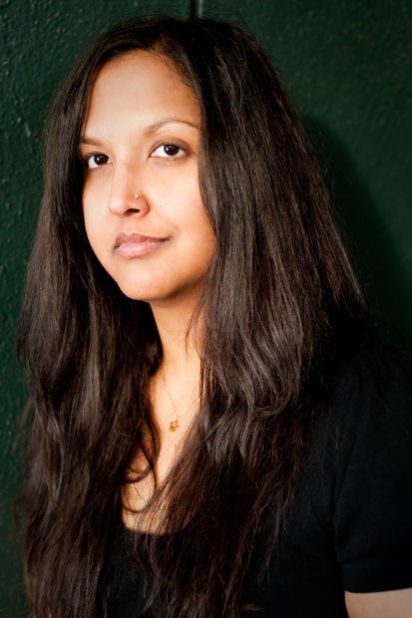 Casper native and University of Wyoming lecturer Nina McConigley is the author of the short story collection “Cowboys and East Indians.” She’s now organizing a reading series to bring prominent authors to Wyoming.

Nina McConigley, a Wyoming author and lecturer in the department of English at the University of Wyoming, has received a $5,000 PEN Open Book Award, the university announced Wednesday.

The award recognizes the best book written by a writer of color in 2013. McConigley, 38, is the author of "Cowboys and East Indians," a compilation of short stories about immigrants who move to Wyoming.

Writing and selling the book was a grassroots effort, she wrote in an email to the Star-Tribune on Wednesday.

While writing the collection, McConigley worked at Metro Coffee Co. in Casper most mornings and wrote at her parents' house in the afternoons. Later, she rented space in an office in downtown Casper where she continued writing.

Her book was never available on wholesale websites like Amazon, she said. The single largest seller of "Cowboys and East Indians" was Wind City Books -- an independently owned bookstore in Casper -- which sold more than 300 copies, according to McConigley.

"[T]he book has seemed so grassroots in many ways, so to win a national award feels remarkable," she wrote.

McConigley was born to Irish and Indian parents in Singapore. Her experiences growing up in Wyoming inform her writing.

Living in Wyoming and teaching at UW is a way to turn on its head the assumption that everyone from Wyoming is a cowboy or looks a certain way, she said.

Two stories in "Cowboys and East Indians" originated while McConigley was writing her masters thesis at UW, where she worked under Alyson Hagy, a professor of English and currently an interim vice president for undergraduate education.

"She was a dream to work with," Hagy said of McConigley. "She is curious, extremely well-read and really willing to ask complicated questions about human character."

Hagy read drafts of some stories in "Cowboys and East Indians" in their earliest forms. She has read the final result and given McConigley's book as gifts.

"Her infectious curiosity is something she shares with her students, and that is such a benefit to them and to all of us at UW," Hagy said.

McConigley holds degrees from UW, the University of Houston and St. Olaf College in Northfield, Minnesota. She has worked as an editor and reporter at the Casper Star-Tribune several times since 2002.

She said she hopes to continue teaching at UW and finish her novel, which is set in Wyoming during a bust in the 1980s.

International PEN is a worldwide association of writers founded in 1921 to promote friendship and intellectual cooperation among writers everywhere and to act as a voice on behalf of writers harassed, imprisoned and sometimes killed for their views, according to the organization.

Past year a memorable one for Wyoming artists, musicians

Wyoming’s open spaces and wildlife get most of the attention. But the Cowboy State is also home to a thriving arts scene that produced no shor…

Casper native and University of Wyoming lecturer Nina McConigley is the author of the short story collection 'Cowboys and East Indians.'

Casper native and University of Wyoming lecturer Nina McConigley is the author of the short story collection “Cowboys and East Indians.” She’s now organizing a reading series to bring prominent authors to Wyoming.