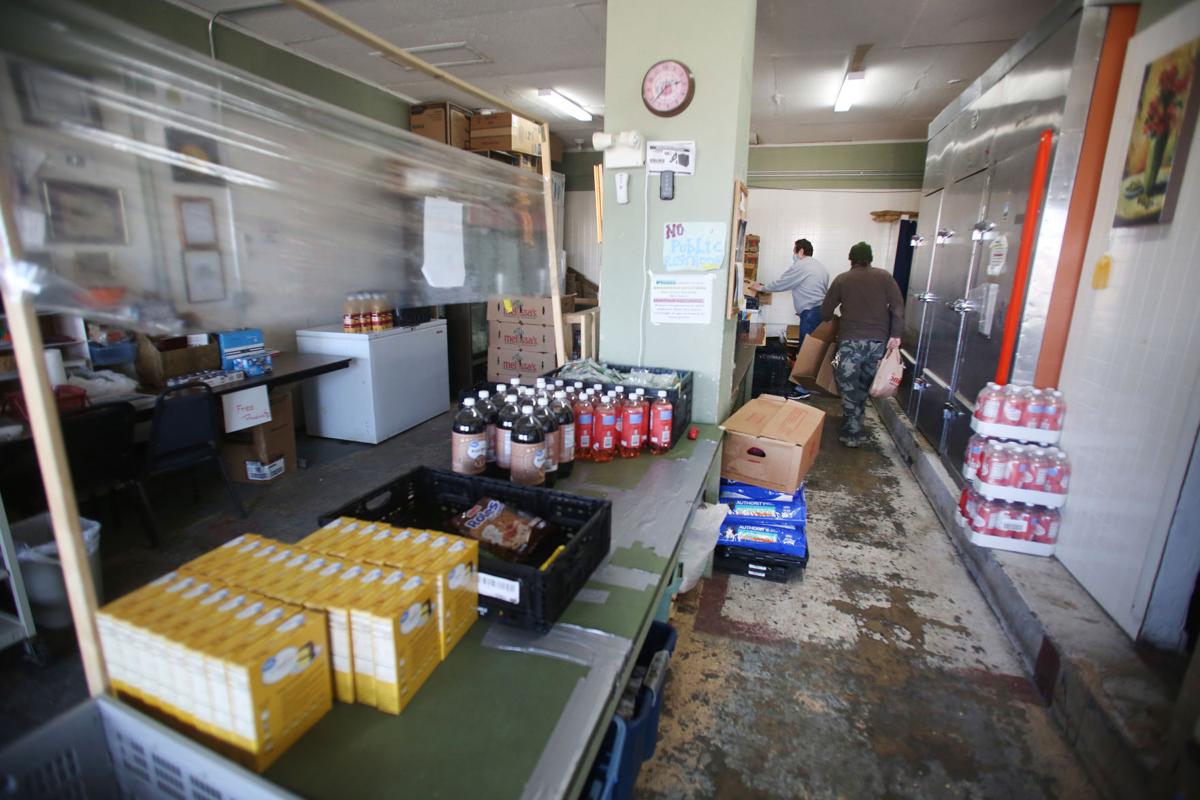 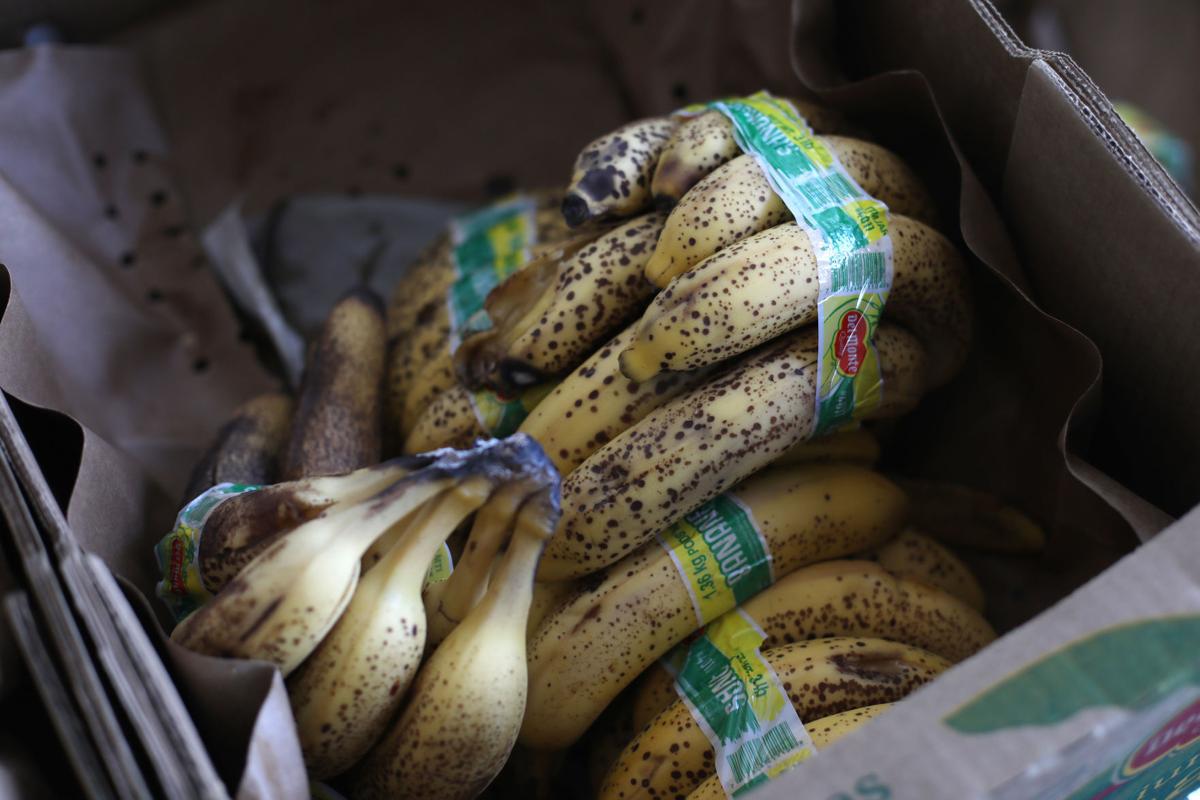 Bushels of donated bananas sit in boxes to be sorted and given out at Poverty Resistance Casper on Thursday.

Before the pandemic, Mary Ann Budenske said the Poverty Resistance food pantry saw around 75 to 100 families picking up food each day. But in the last year, that number’s gone up to roughly 100 to 150 daily.

Saturday, the food pantry gave out “Farmer to Family” boxes from 10 a.m. to around 5 p.m., or whenever they ran out. The boxes are part of a federal program started in 2020, subsidizing farmers who could no longer supply to restaurants or schools by buying up their extra produce and distributing it to people who need it during the pandemic. In March, the last time the pantry got a shipment, they received 1,060 boxes to distribute.

“The last time we got one of these trucks, we had 300 households sign in that day,” Budenske said.

Needless to say, there’s plenty to go around. The pantry has gotten shipments of these USDA boxes several times in the last few months, and volunteers help them take the food to apartment complexes, senior centers and other places where people can use them so they don’t go to waste.

You don’t need to show or prove anything to take the food, Budenske said. If you need more than one box, that’s not a problem.

The boxes are meant to contain food for a family of four for a week, but Budenske says most families will need some supplemental groceries to make it last that long. The last round of boxes included pounds of apples and potatoes, oranges, taco meat, yogurt, and a gallon of milk.

“What we say to people is, you come to us first and see what we got and load up,” Budenske said, “and then go to the grocery store and take what money or food stamps you have to fill in the blanks.”

People picking up boxes at Poverty Resistance can also go through the normal food pantry line to snag some more produce, meat, bread or whatever the pantry has in stock that day.

Budenske said people taking boxes don’t necessarily have to take everything inside, especially if they know they aren’t going to use it all.

“Why make people take something they’re not going to eat? Some of the other food pantries do it, and their attitude is, ‘You’re begging for food, you’re lucky with what you get,’” Budenske said. “My attitude is, the wastefulness of the United States is that we waste 40% of the food that’s produced in this country. We’re not going to solve that problem by just shoving food at people that they don’t want.”

If the boxes aren’t all gone by the end of the day, Budenske said she can usually count on a Facebook post advertising the extra food to drum up some more takers and more volunteers willing to drive boxes out to people who may not be able to come down on their own.

Talkin' with Sal: This too shall pass

Sally Ann says: Snow or not, yucky roads or not, I am grateful beyond measure to be getting some of those back.

Bushels of donated bananas sit in boxes to be sorted and given out at Poverty Resistance Casper on Thursday.