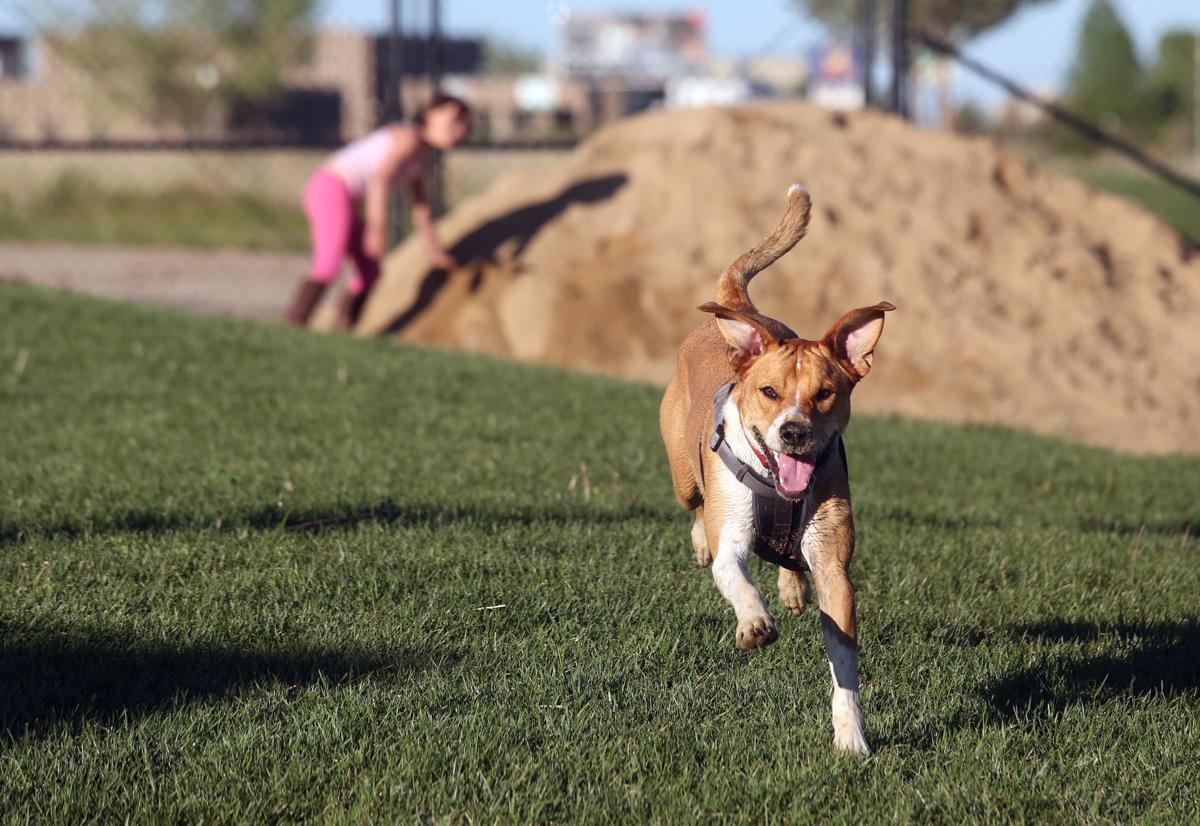 Mackinzie Farnum plays with her dog, Ezekiel, in May 2018 at Dylan's Park near the Tate Pumphouse. The city will open a fourth dog park in Casper within the next year. 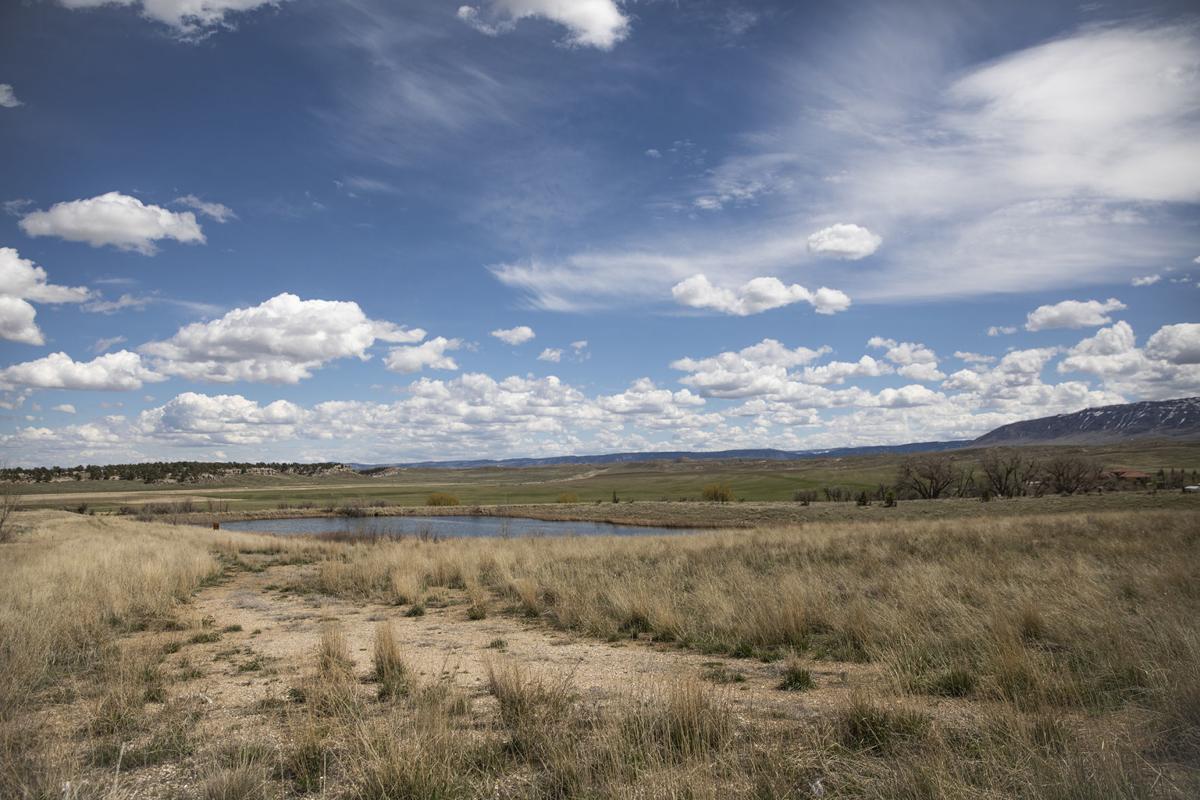 A plot of city-owned land located behind the Rocky Mountain Oncology Center in east Casper is seen in April. The City Council has acquired part of the land there that it plans to turn into a dog park.

The Casper City Council could make good on its promise to build a new off-leash dog park by as early as next summer with the city’s new acquisition of 9.21 undeveloped acres near the McMurry Business Park for that purpose.

After implementing stricter leash laws earlier this year, the council agreed to create a new off-leash dog park so pet owners would have more opportunities to allow their dogs to legally roam. Council members wanted to give pet owners something back after taking something away, Mayor Charlie Powell told the Star-Tribune in April.

The budget for the new park has yet to be set, but when the topic first came up, City Manager Carter Napier suggested keeping the budget around $100,000.

While no money has been explicitly allocated for the project, Napier said in April that money already set aside for “green space initiatives” could be used to pay for the park.

In the spring, when the idea came up, Casper’s Parks and Recreation Director Tim Cortez said the most expensive option would cost the city roughly $600,000. Currently there is no plan for how much the city plans to spend on the park or what would be included in the development. But Cortez said these projects tend to evolve over time as money becomes available.

“We have a lot of parks that evolve over decades,” he said, explaining that if the city wanted to build a playground on the lot, for example, but didn’t have the money today, council could still allocate money in a year or two.

Plans for Casper's next dog park up in the air

The parcel already has a pond within it, and at the very least the city would put some turf in, too. Cortez said the details will be ironed out at an upcoming council work session. He predicted the park would be up and running by next summer.

The roughly 9-acre stretch of land that will become the dog park was set aside in 2005, initially as part of the McMurry Business Park development. That project was designated as a “Planned Unit Development,” meaning essentially that it would be a mixed-use project. Such developments are required to set aside a portion of land for outdoor recreational use.

The land set aside for that purpose has yet to be developed, so the owners of the property, Eastgate Ranch LLC, agreed to transfer ownership of the parcel to the city. The city is acquiring a total of about 43 acres from three separate entities through this process. The two largest parcels — one just under 23.5 acres and owned by Granite Peak Development and the other just over 9.5 acres and owned by Natrona Land Holdings — have yet to be slated for any development.

The final parcel, about 1.5 acres also owned by Eastgate Ranch, has been identified for a pedestrian path that would connect to East Second Street. There’s no word yet on that project’s timeline.

Based on speed data and city staff recommendations, the council agreed the Second Street speed limit between McKinley and Park streets should be brought back up to 30 mph.

Mayor Steve Freel suggested spending the allotted $100,000 first and then deciding to add to it after the basic elements are built. Ultimately the council approved spending a total of $108,500.

Mackinzie Farnum plays with her dog, Ezekiel, in May 2018 at Dylan's Park near the Tate Pumphouse. The city will open a fourth dog park in Casper within the next year.

A plot of city-owned land located behind the Rocky Mountain Oncology Center in east Casper is seen in April. The City Council has acquired part of the land there that it plans to turn into a dog park.