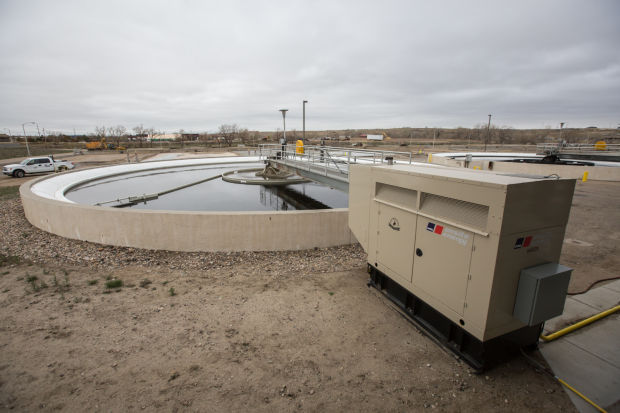 A temporary generator installed to replace a decades-old generator that failed about a year ago is seen on Wednesday, April 15, at the Sam H. Robbs Regional Watewater Treatment Facility 2015, in Casper. The Casper city council informally approved $2 million of unallocated 1-cent sales tax money for equipment upgrades to the aging facility. (Ryan Dorgan, Star-Tribune) 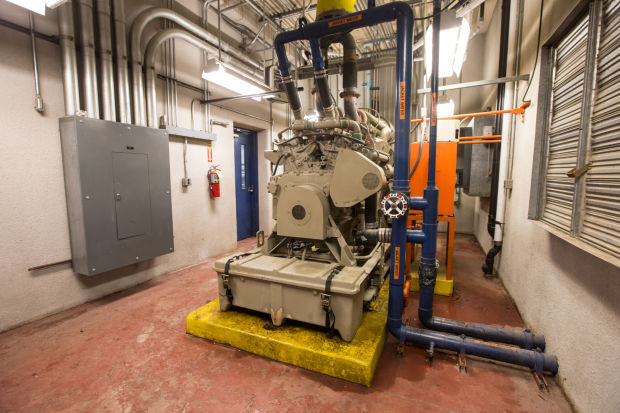 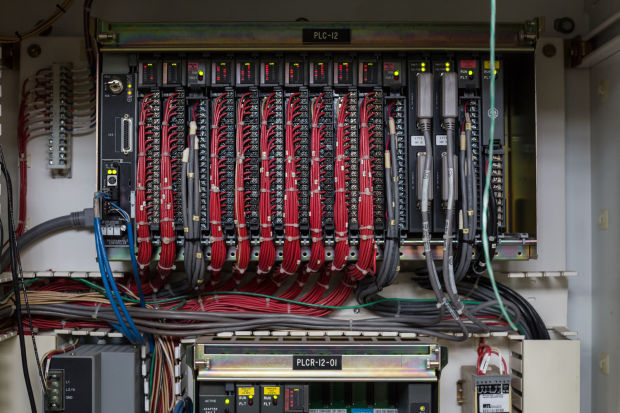 Sometime in the next decade, Casper will likely have to spend anywhere from $24 million to $30 million upgrading its aging wastewater treatment plant to comply with unknown federal regulations.

But the city has to keep the system running in the meantime, as costs continue to increase.

The Casper City Council informally approved spending $2 million to replace equipment at the Sam H. Hobbs Regional Wastewater Treatment Plant during a recent meeting. The city had already budgeted to replace the plant’s emergency generator and the automation equipment this year. However, the automation equipment came in as much as $500,000 over budget, and the emergency generator will likely cost an extra $1 million, said Public Utilities Manager David Hill.

The costs were estimated three years ago, Hill said, and Casper routinely experiences higher construction costs than other places.

Leftover optional 1-cent sales tax money, combined with $2 million in loans, would be enough to cover both projects.

“We are concerned about cash flow,” Hill said. “A lot of money has been spent on equipment in recent years.”

Money reserved for the wastewater treatment plant was mostly wiped out by a $16 million upgrade to the aeration and new sludge treatment systems in 2008.

The Environmental Protection Agency will likely force the city to remove nutrients like nitrogen and phosphorous from wastewater in the next seven to 10 years. Even more costly could be the removal of selenium, which is naturally occurring in central Wyoming’s soil.

Almost all of Wyoming's neighbors have had to convert their wastewater plants already. The state has slipped under the radar because of its low population, Hill has said previously.

The plant serves about 66,800 people. Casper is responsible for about 85 percent of the wastewater processed at the plant. Nine other agencies make up the remainder, and will be partly responsible for the cost to upgrade the system.

Hill said the plant can still accommodate plenty of growth in Natrona County.

Mayor Charlie Powell said sewer rates would have to increase to help pay for those costs.

“The rate structure needs to come close to reflecting the true cost of this system,” Powell said.

If formally approved by the Casper City Council, the wastewater treatment plant would further reduce the $24 million in leftover money from the previous four years of the 1-cent sales tax. The Council has preapproved a number of projects – including a new lodge at Hogadon Ski Area, a public plaza and the renovations to the Casper Family YMCA. A little more than $9 million remains.

The Council is considering putting $3 million in an account for maintaining existing city facilities.

A temporary generator installed to replace a decades-old generator that failed about a year ago is seen on Wednesday, April 15, at the Sam H. Robbs Regional Watewater Treatment Facility 2015, in Casper. The Casper city council informally approved $2 million of unallocated 1-cent sales tax money for equipment upgrades to the aging facility. (Ryan Dorgan, Star-Tribune)