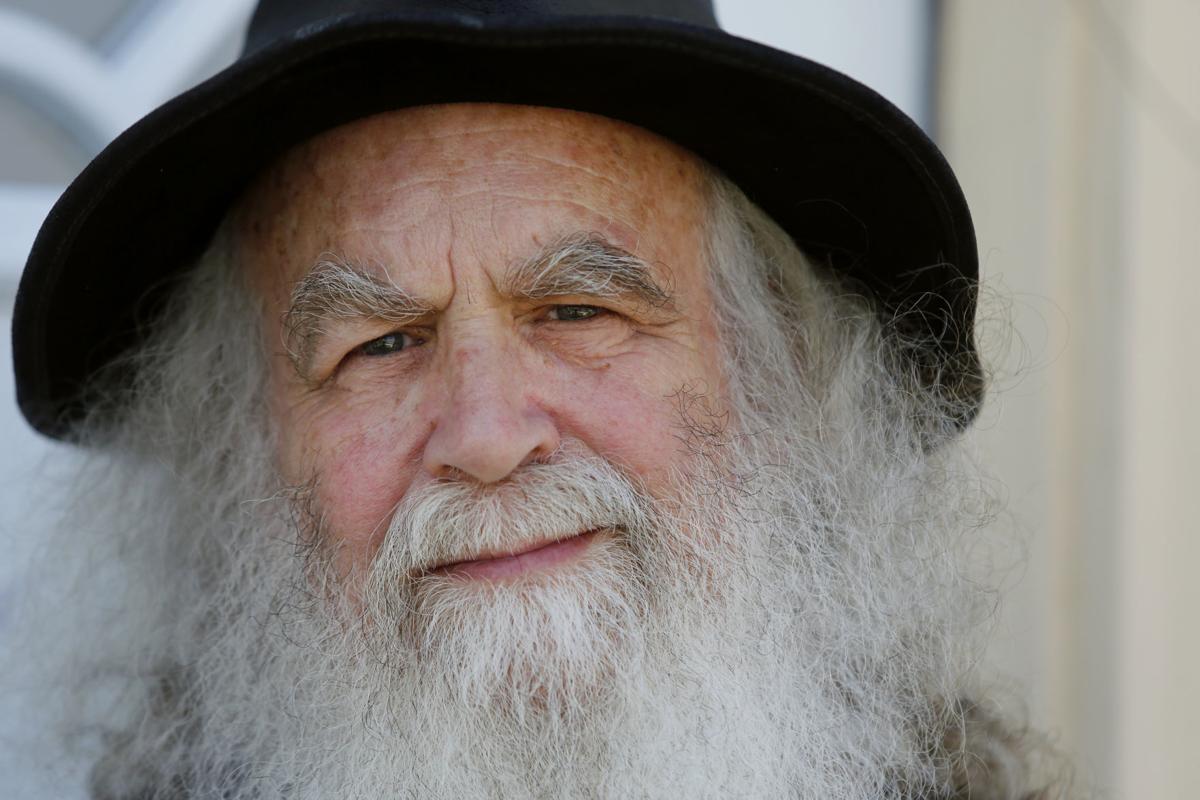 Oberon Zell Ravenheart — a wizard, author and pagan church founder from California — stands for a portrait Friday outside Pan’s Grove in Casper. Ravenheart, along with other witches and pagans, will hold a ceremony on Casper Mountain during the total eclipse. 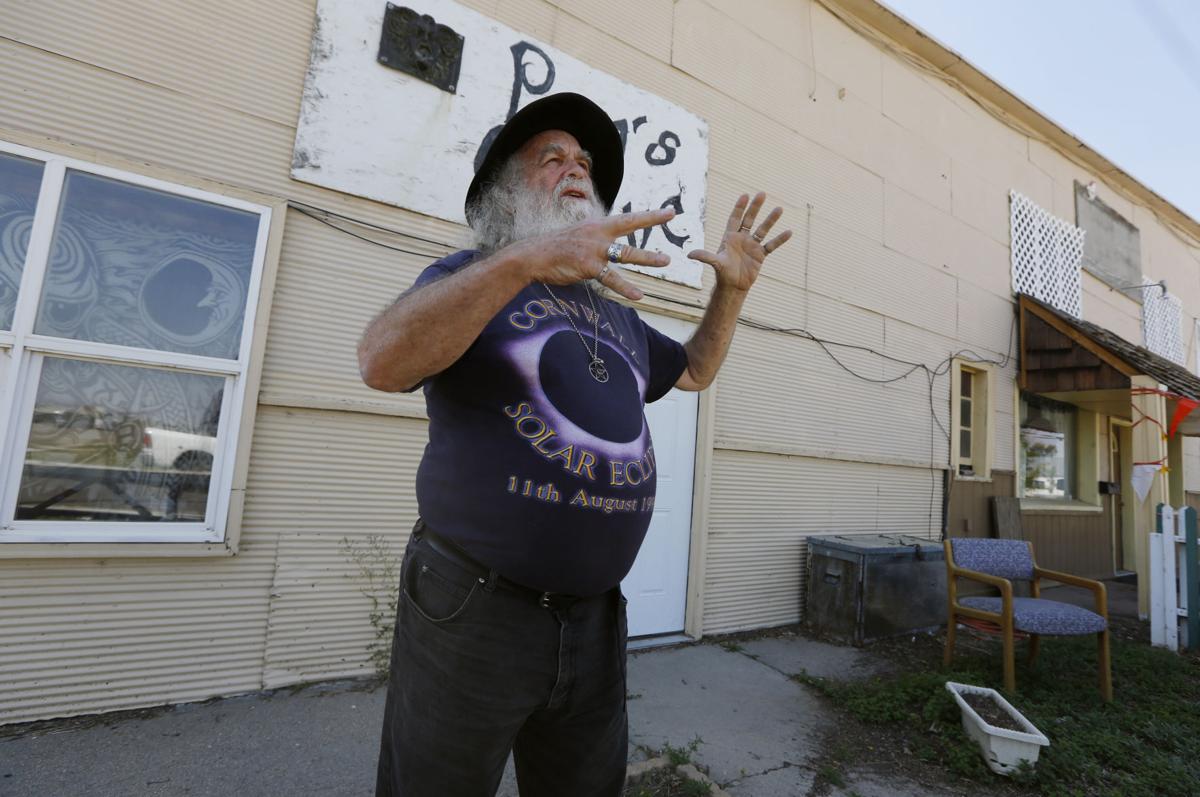 Oberon Zell Ravenheart -- a wizard, author and Pagan church founder from California -- talks Friday outside Pan’s Grove in Casper about total eclipses he witnessed in 1978 and 1999. Ravenheart, along with other witches and Pagans, will hold a ceremony on Casper Mountain during the total eclipse.

Like dragging a magnet through iron filings, the eclipse that passes over Casper will draw power as it moves across the country. That’s what the magical people say.

The solar eclipse begins Monday morning as the moon slowly passes between the Earth and the sun. When the shadowy disc of the moon is perfectly aligned, at 11:42 a.m., night will suddenly fall across Casper. It will linger for 2 minutes and 25 seconds before the sun emerges as a sliver of brilliant light on the other side.

Druids, witches, Pagans and Wiccans are looking at this eclipse as a significant event, and many are heading to the Casper area, where the time of totality is one of the longest in the country.

Those who practice magic will cast spells, form circles and direct their will toward a purpose. For Oberon Zell Ravenheart, an author and wizard from California, the purpose is awakening. He, Nella Forest, and other local witches will congregate at Beartrap Meadow on Casper Mountain. For a Colorado man named Ken Biles, who goes by Greyhart, it will be enhanced communication. He and others from Colorado will watch from Glendo Reservoir in Platte County.

“Magic takes energy,” explained Forest, a witch who runs Pan’s Grove in Casper. “During an eclipse there is an immense amount of energy.”

Witchcraft practitioners don’t agree on many things, said Greyhart, an IT professional. There are various sects. Some are Greek-witches or Norse heathens, following the magic and mythologies associated with those historical groups of people.

Most, like Greyhart, connect with nature, their beliefs gathered over time from others, or from their own trial and error.

The significance of the energy generated by the path of the moon between Earth and the sun may differ from witch to wizard, but most agree it is a time of power, Greyhart said.

“My personal belief is that a solar eclipse is a transition, from day to night, to day again, in a matter of minutes,” he said.

Transitions are powerful moments, both in cultures and in individual lives, he said.

At a spot near Glendo Reservoir, Greyhart will perform “the world’s shortest ritual” in the two minute of darkness. If other witches join him, they’ll do so openly. If he is alone, he’ll do it quietly, he said.

“There is an energy that surrounds everything and at this point in time, we don’t have the technology to detect or measure it,” he said. “We as witches can feel it. Some of us can see it … We are going to take that energy from the eclipse and manipulate it to our own desires.”

Many are going to look at the eclipse as a wonder of nature, understood and predicted by man’s understanding of science. But for witches like Ravenheart, science and magic are connected.

“I tell people who don’t believe in magic, I ask them ‘Do you believe in love?’ Love is universally regarded as the most powerful form of magic,” he said. One definition of magic is simply ‘The science we don’t yet understand, because we don’t yet have a theory for it.’”

Ravenheart has experienced three eclipses, gathered with other pagans. When the moment of totality passes, witches and non-believers will feel that spark of energy, he said. Witches will try to capture it for some purpose. Others will simply feel awed by what they experience, he said.

“No camera is sensitive enough to pick up what you see, and what you experience is unbelievable,” he said. “By factors that are incalculable, it magnifies everything. It makes your hair stand up on end. You feel dizzy and get giddy. It’s an amazing thing.”

Book signings and a ritual by author Oberon Zell Ravenheart, founder of the Church of All Worlds.

Did you miss Monday's eclipse? Were you here and want to remember the event? Here's our coverage from the years of preparation to the complete…

Oberon Zell Ravenheart — a wizard, author and pagan church founder from California — stands for a portrait Friday outside Pan’s Grove in Casper. Ravenheart, along with other witches and pagans, will hold a ceremony on Casper Mountain during the total eclipse.

Oberon Zell Ravenheart -- a wizard, author and Pagan church founder from California -- talks Friday outside Pan’s Grove in Casper about total eclipses he witnessed in 1978 and 1999. Ravenheart, along with other witches and Pagans, will hold a ceremony on Casper Mountain during the total eclipse.