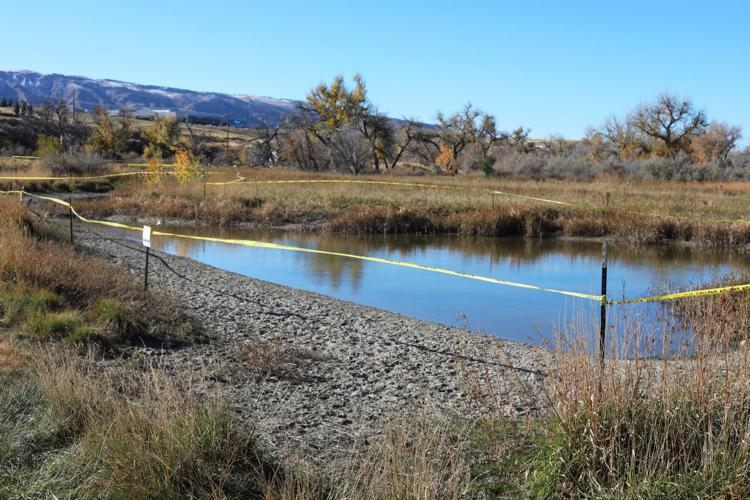 The city of Casper announced Thursday it closed small ponds at Morad Park out of concern the waters might contain a harmful algae bloom. 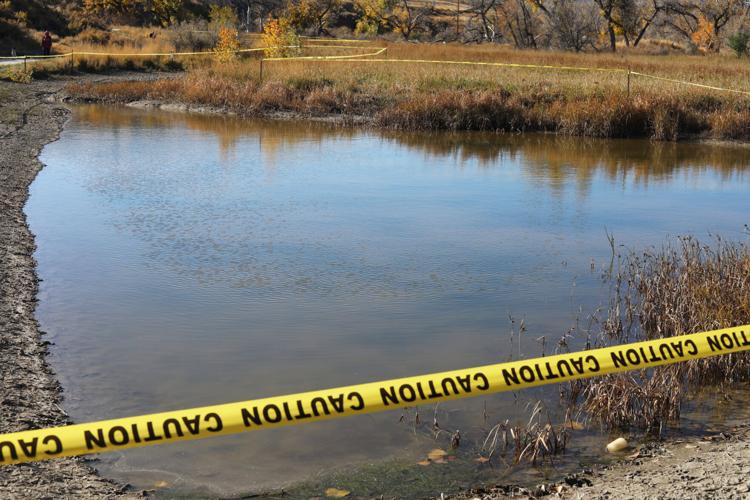 Caution tape surrounds a pond Thursday at Morad Park. The park is one of the city's most popular for dog walking.

The city of Casper has closed small ponds at Morad Park out of concern the waters might contain a harmful algae bloom.

Morad Park, one of the city’s most popular places for dog walking, remains open, as do the trails. But the city is asking park users to keep themselves and their pets away from the small ponds on the southeast pathway.

The decision comes shortly after the city closed McKenzie Lake when the waters there tested positive for a potentially harmful cyanbacterial bloom that can sicken pets and people. The lake won’t be reopened to the public until the spring.

Lake McKenzie closed until spring due to harmful algae bloom

The closure of Morad Park’s small ponds comes after park staff reported a “small concentration of an algae-like substance in a contained area” of the park, the city said Thursday. The Wyoming Department of Environmental Quality will test those samples test week to determine whether they are indeed a harmful cyanobacterial bloom.

In the meantime, the city says it has put up caution tape and posted signs around the ponds. The trails and surrounding areas can remain open since the only threat from the blooms comes from direct contact.

“The City of Casper is working closely with Wyoming DEQ to keep Morad Park a safe, beautiful place for families,” Parks Supervisor Katy Hallock said in a statement. “Right now, we’re asking that everyone stay away from the small ponds until we know more.”

Also Thursday, the Department of Environmental Quality issued a public statement noting that risks associated with the blooms continue to be an issue even as temperatures cool. While blooms are most often associated with the summer heat, they can occur at other times of the year.

In the case of Lake McKenzie, the city has said this winter’s freezing temperatures will kill the algae bloom.

Harmful blooms have become more common in recent years. They thrive in warmer water and in water overloaded with nutrients like nitrogen and phosphorus, which rainwater carries from onshore sources, such as manure, to nearby lakes, ponds and streams.

For most of her 27 years at the college, Jodi Youmans-Jones has invited her students over to her house for Easter, Thanksgiving, Christmas and everything in between.

Youtuber Jeffree Star is opening a store in the former Hall on Ash building in downtown Casper.

People can take as much as they want — no questions asked. People are welcome to dine-in at the Casper restaurant, take the meals to go or request deliveries.

The one-time bank building now hosts McGinley Orthopedics, a group of five medicine and medical technology companies. Its rotunda is available for use as an event space.

An anonymous married couple in Casper is providing more than a 1,000 meals cooked by Eggington's this Thanksgiving.

A Sunday afternoon fire in Casper displaced one person and killed a pet.

The seeds of the idea were planted -- literally.

A Casper girl who was the subject of an Amber Alert on Thursday has been found in Arizona, police said late Friday. Meanwhile the man she was with is in custody.

The Unitarian Universalist Community of Casper emphasized gratitude when it held its first meditation group of the year.

The city of Casper announced Thursday it closed small ponds at Morad Park out of concern the waters might contain a harmful algae bloom.

Caution tape surrounds a pond Thursday at Morad Park. The park is one of the city's most popular for dog walking.