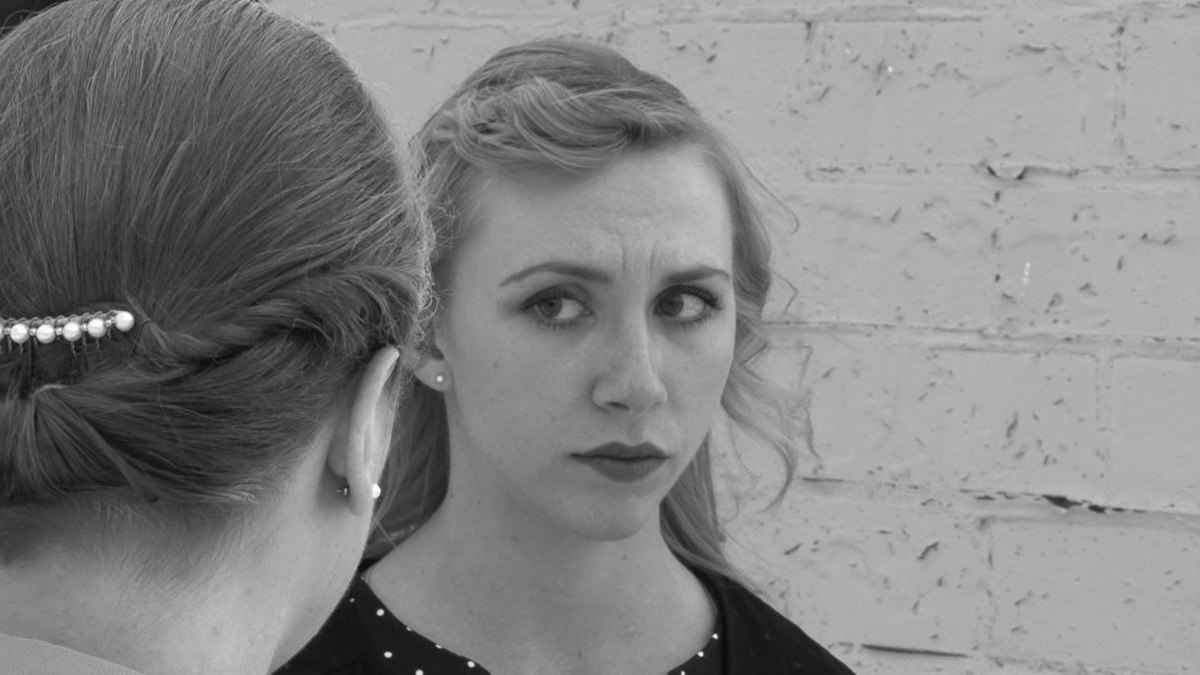 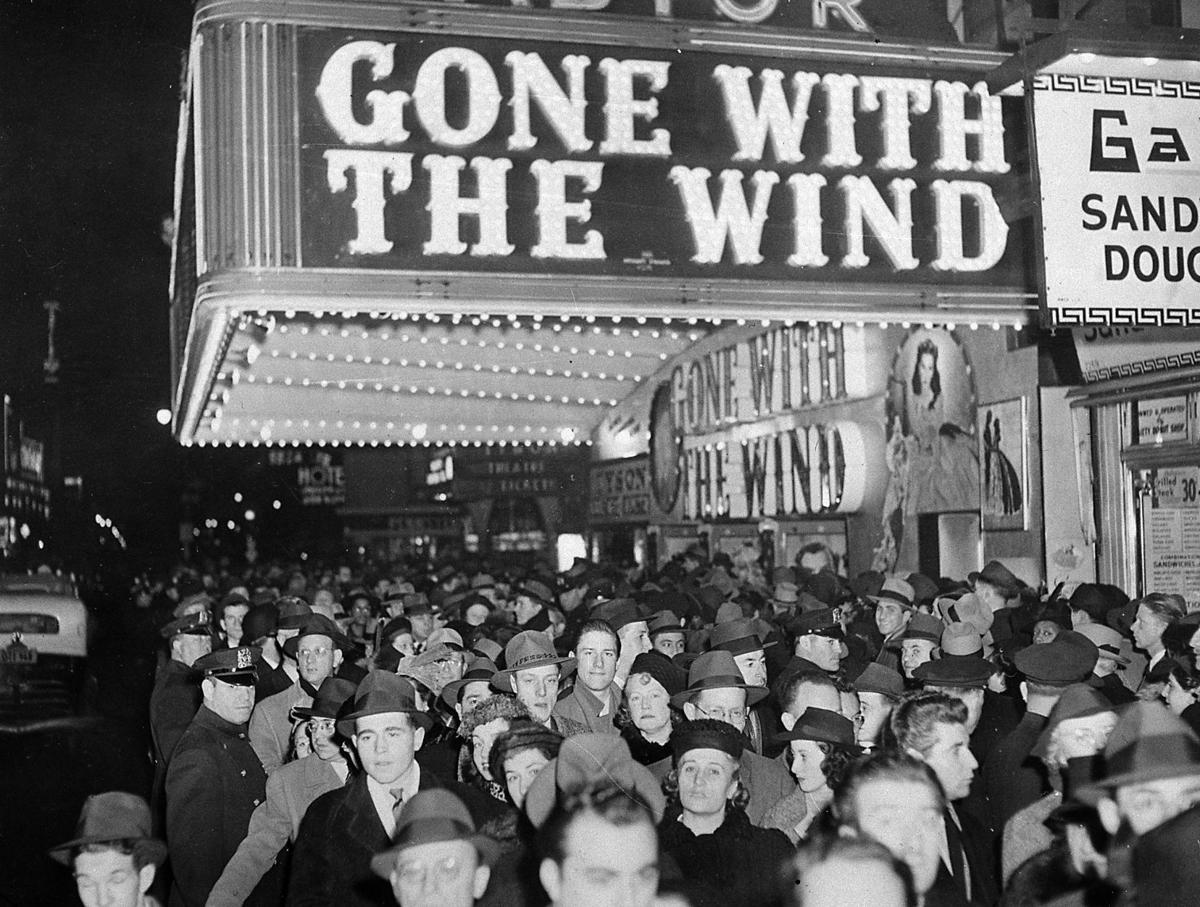 A crowd gathers outside the Astor Theater on Broadway during the Dec. 19, 1939, premiere of "Gone With the Wind" in New York. An upcoming film made in Wyoming tells the story of Shoshoni native Isabel Jewell, an actress who appeared in "Gone With the Wind" among other classics. 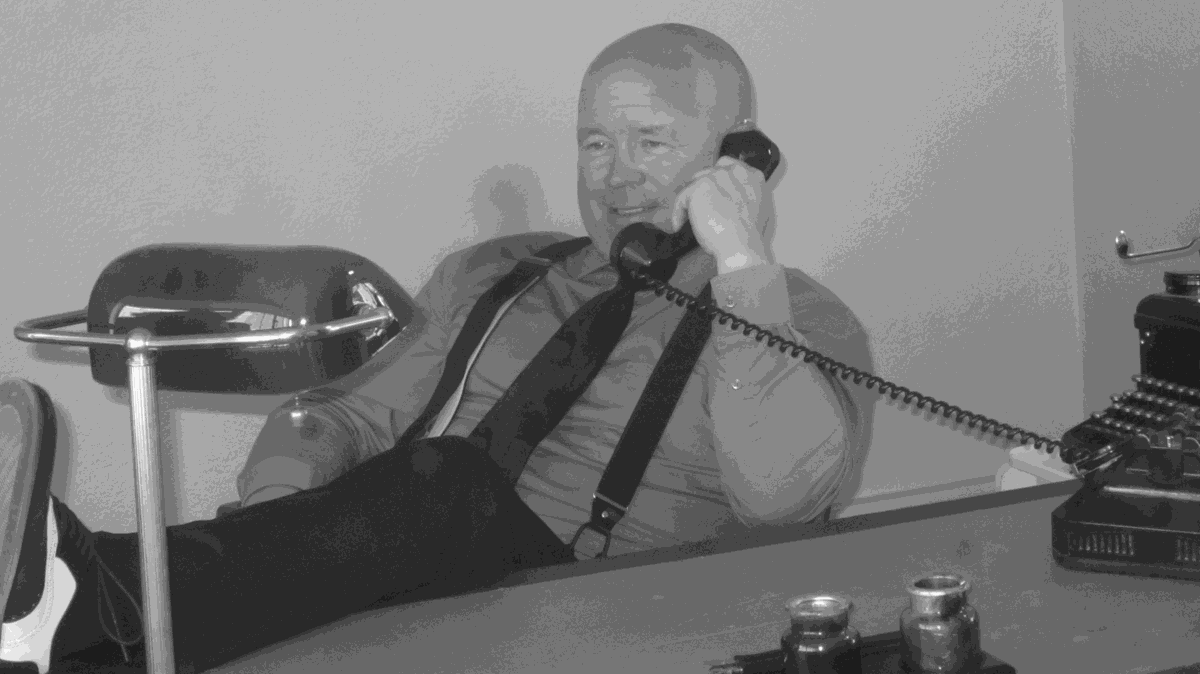 A star on the Hollywood Walk of Fame honors Isabel Jewell, an actress and Shoshoni native with dozens of film credits for classics including “Gone with the Wind,” “A Tale of Two Cities” and “Northwest Passage.”

Jewell was active from the 1930s through the ‘60s, earning $3,000 a week at one point under an MGM contract. She was often cast as a brash, plucky secondary character to the more elegant leading ladies of Hollywood’s golden age. But back in her home state, hardly anyone knows her name.

Local filmmaker Dennis Rollins is exploring Jewell’s story and putting her back on the silver screen with his new film, “Forgotten Ingenue,” filmed entirely in Wyoming using local Casper talent.

This will be Rollins’ first feature film, after years of producing mostly documentaries including a running series for PBS called “Wyoming Portraits.” A friend told him about Jewell and her roots in Wyoming, and he filed away the idea for a longer exploration of her career until he had the time to dedicate to the project. With most of the film now shot, Rollins is aiming for a summer release.

Alexandria Trimble, who portrays Jewell in the film, had also never heard of the actress before she heard Rollins announce the project in 2018. She knew she wanted to be involved right away, but was shocked (and, she admits, a little flattered) when she was offered the lead role.

“I love period drama,” Trimble said. “I love biopics, I love historic-based films, anything like that. I’ve always wanted to be in a production that could put me in that mindset, and this was just the most appealing thing that could have ever been offered my direction.”

Trimble and Rollins were both involved in Casper’s theater scene, where Trimble acted in a few local productions after studying film in school.

Rollins had worked with Trimble and local musician Cory McDaniel on a documentary about Dell Burke, a woman who ran a well-known brothel in Lusk for nearly 60 years. Many of the other actors in “Forgotten Ingenue” were also involved in that project, but Rollins said this recent undertaking required a larger cast of about 30 actors. Pat Greiner, another Casper local, wrote the film’s script, incorporating research Rollins had done into Jewell’s life.

“Pat Greiner, I’ve known her forever, but I didn’t know she could write a movie — and it’s really good!” said McDaniel, who is composing the music for the film. “And then this leading lady, Alex — she was phenomenal. When you watch a three-minute scene over and over and over, you start realizing her hand movements, her eye movements, she’s like the real person. You get lost in the story instead of thinking there’s an actor doing their bit.”

An initial trailer was shot in 2019, months before production on the film itself began — Trimble said the dresses she bought for that first shoot sat untouched in her closet until the summer of 2020.

Rollins said that as of February, about 95% of the film has been shot and roughly half has been edited. Most scenes were filmed over the summer, on weekends to accommodate everyone’s schedules. Production was a little strange, he said, making sure to keep the group small and trying to distance and wear masks as much as possible off-camera.

The crew got access to shoot in plenty of period-appropriate locations, including the former Gladstone Hotel annex at First and Center, a train car inside the Douglas Railroad Museum and the historic Bishop House on Second Street.

“Probably my favorite scene was with Adrianne (Fazel), she plays my mother. We were up on a rooftop, it had a gorgeous view over downtown Casper, and we’re filming at sunset,” Trimble said. “It was just a fun atmosphere, filming kind of an intense emotional scene, trying to pretend that the wind isn’t ruining half of our day. And it felt like, this is filmmaking, this is great.”

McDaniel is now in the process of scoring the feature with some original tracks in the pre-jazz ragtime style to evoke Jewell’s time period, working from a makeshift studio in his basement to write and record. He said he studied the work of composers Danny Elfman and Hans Zimmer, who’ve produced iconic scores for films including “Beetlejuice” and “Inception,” for inspiration.

“Writing lyrics is really easy for me,” McDaniel said. “Finding that mood, that’s a different thing than I’ve ever done, really, at least in this amount. When I read the script I thought I knew where I was going, but then you see the actors and you go, you can’t get in the way.”

He said he’s been listening to songs from the early 1900s, messing around with the chord structure or slowing things down to reference the music of the time. He listened to early jazz and big band groups to get in the mood before laying down tracks using a borrowed keyboard, a couple of mixers and any of the six guitars in his basement studio.

So far, he’s worked on music for eight scenes, but he said Rollins is hoping to get original music for the entire film.

Rollins is eyeing down a June 1 deadline (set by himself, for himself) to complete the project in time to submit it to some summer film festivals. He’s now in the process of raising money via an Indiegogo fundraiser — ideally, it would bring in around $30,000 which would go toward promotion, payments for actors who have yet to see a penny and other various post-production costs such as closed captioning.

“It’s a massive production,” Trimble said. “No matter how it turns out looking in the end or where it ends up going, it was a massive amount of work and it’s been a very impressive job.”

The Casper Police Department's post about a DEA-funded program that led to 129 traffic stops in a day clearly struck a chord.

A crowd gathers outside the Astor Theater on Broadway during the Dec. 19, 1939, premiere of "Gone With the Wind" in New York. An upcoming film made in Wyoming tells the story of Shoshoni native Isabel Jewell, an actress who appeared in "Gone With the Wind" among other classics. 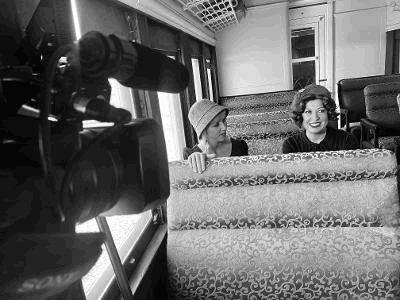 Alexandria Trimble and Heather Rankin on the set of "Forgotten Ingenue"