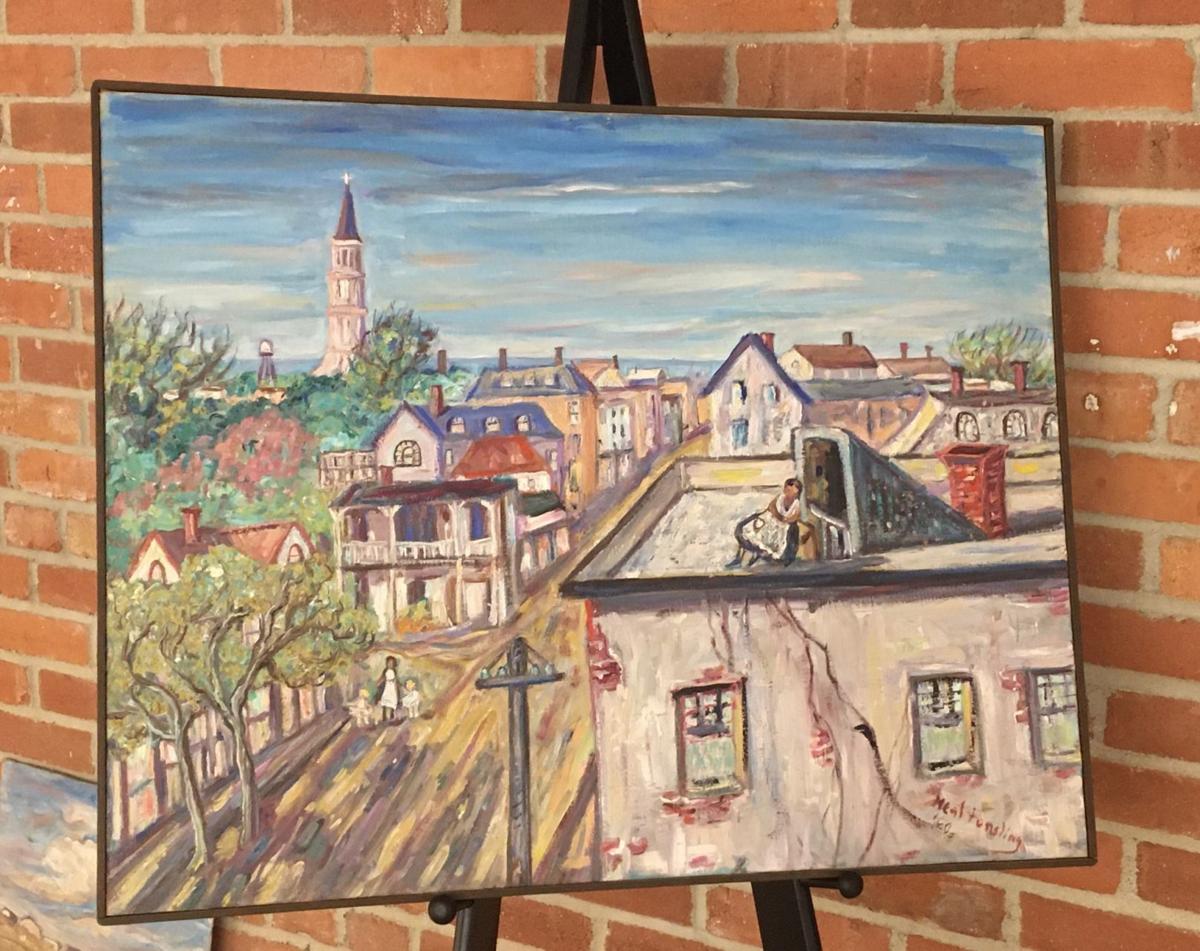 "Charleston Rooftops", a 1960 painting by Neal Forsling, will be on exhibit at the Nicolaysen Art Museum starting Friday. 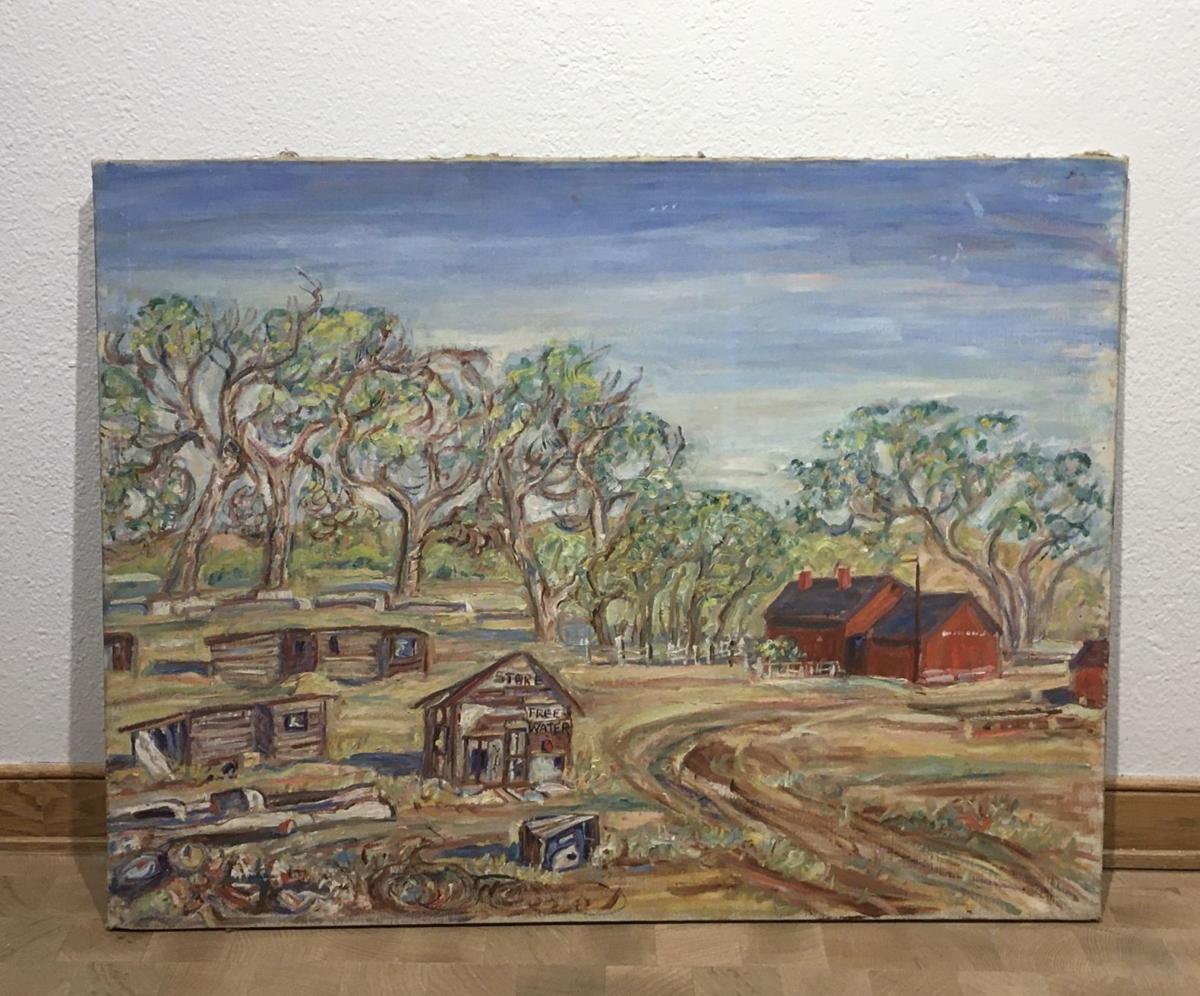 "Bonneville", a painting by Neal Forsling, will on exhibit at the Nicolaysen Art Museum starting Friday.

An exhibit featuring paintings by Casper artist and poet Neal Forsling will open this Friday at the Nicolaysen Art Museum.

Forsling is best known as the founder of Midsummer’s Eve, a 90-year-old storytelling festival held on Casper Mountain each summer solstice.

But Forsling was also a lifelong artist, said Rebecca Hunt of the Crimson Dawn Association.

Named for Forsling’s homestead on Casper Mountain, the association now oversees Midsummer’s Eve and operates a museum dedicated to Forsling’s life and works.

The exhibit marks the first time Forsling’s art will be featured in a private museum. The show kicks off with a reception at 5 p.m. Friday, and will last for the rest of the year.

About 30 of Forsling’s paintings will be on display, said Hunt, who is curating the exhibit. Most come from the Crimson Dawn Museum, while eight or so are from private collections.

Most are on canvas, but dome plates and lapel pins Forsling painted will also be there, as well as an array of “unusual” objects she collected during her travels, Hunt said.

Forsling was born in Missouri, but would later move west and settle on Casper Mountain with her two daughters. It was there that she spun the fairy-tale mythology celebrated at Midsummer’s Eve each year.

In both art and lore, Forsling was preoccupied with place and community, Hunt said. Natural landscapes were a frequent subject of her work, most often portraying woods, mountains and farmland.

“You get a sense of how important the land was to her way of thinking,” Hunt said.

She also painted scenes of the cities and towns where she traveled. The colors are vibrant, and the brushstrokes broad and wispy.

“She was really influenced by the impressionists,” Hunt said.

The paintings tend to be zoomed-out, capturing both land and sky. But she often took care to show the people who called her subjects home, too. “Charleston Rooftops”, for example, portrays daily life in Charleston, South Carolina.

Not all of her paintings are so literal, however. Many detail the same mystical creatures of her storytelling — sprites, spirits and fairies. In one work, titled “Self Portrait,” Forsling depicts herself painting witches strolling through the woods.

Whether real or fantastical, the paintings are about Forsling’s love of “people, community, storytelling and the land,” Hunt said.

Have you had enough of winter yet this fall? The Casper area could get another eight inches of snow.

The challenge, announced this summer, asks current or aspiring business owners in the hospitality and tourism industries to pitch plans to kick start or expand their businesses. The winning proposal will be awarded $50,000.

Night skiing is coming to Hogadon

For the first time, you'll be able to hit the slopes at Hogadon Basin Ski Area at night this winter.

A little-known veteran's memorial was installed on the Platte River Trail back in 2006. Now, the American Legion is raising money to build a more visible, accessible version at Patterson-Zonta Park.

Casper Notebook: Not so fast, winter

Reporter Ellen Gerst isn't ready for winter yet, especially after this past week's frigid blast.

A new art group for people of color is taking root in Casper.

The annual show is meant to celebrate traditions, but also push the envelope of what people usually think about fiber art.

Four concerts set for this month in Casper have been canceled including Toby Keith and Nelly.

Sissy Goodwin gained national attention as a Wyoming man who wore women's clothes. A year after his death, his wife is keeping his legacy alive.

For the past year, Sissy Goodwin's wife has been working to preserve his memory. He opened up his life to others because he wanted to help people like him. This is her way of honoring that wish.

Third doses of the Pfizer vaccine, as well as seasonal flu shots, will be available from 10 a.m. to 5 p.m. both days, according to a Friday news release from the county health department.

"Charleston Rooftops", a 1960 painting by Neal Forsling, will be on exhibit at the Nicolaysen Art Museum starting Friday.

"Bonneville", a painting by Neal Forsling, will on exhibit at the Nicolaysen Art Museum starting Friday.