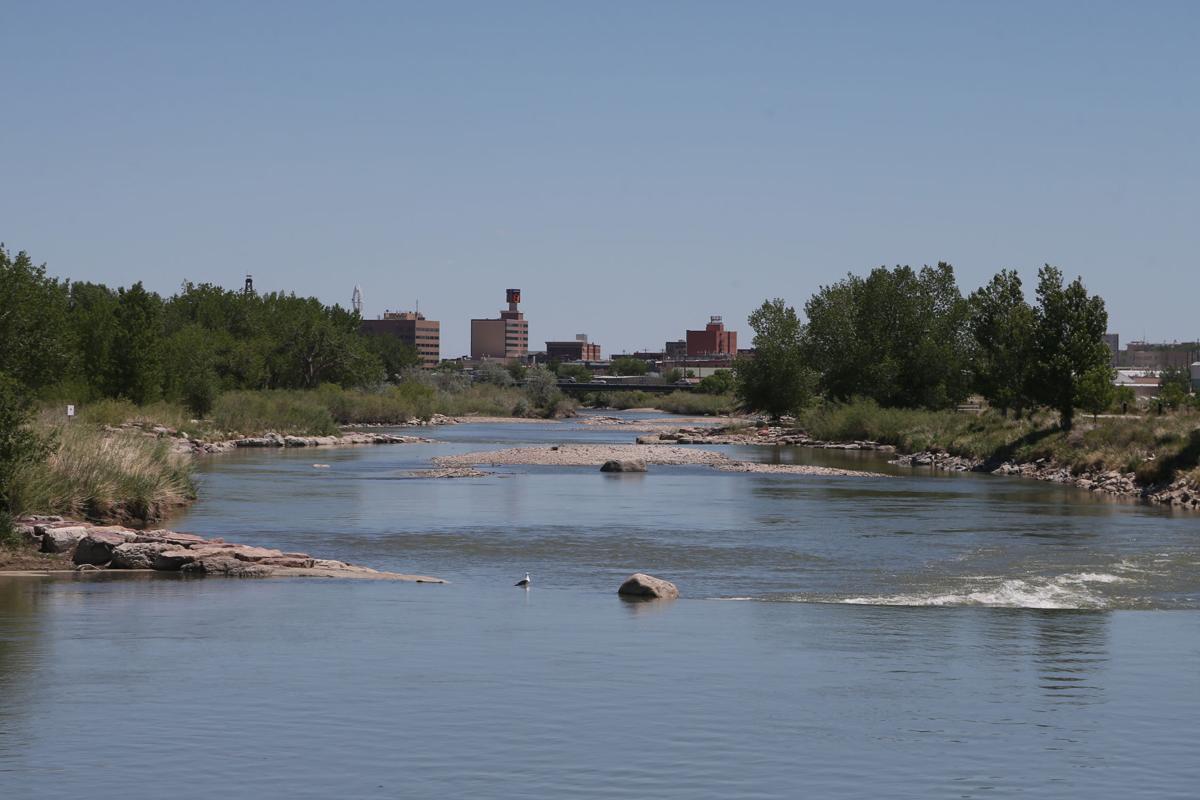 The North Platte River flows around rocks exposed by low water levels on Friday in Casper. The river is flowing at about a quarter of its normal level for this time of year. 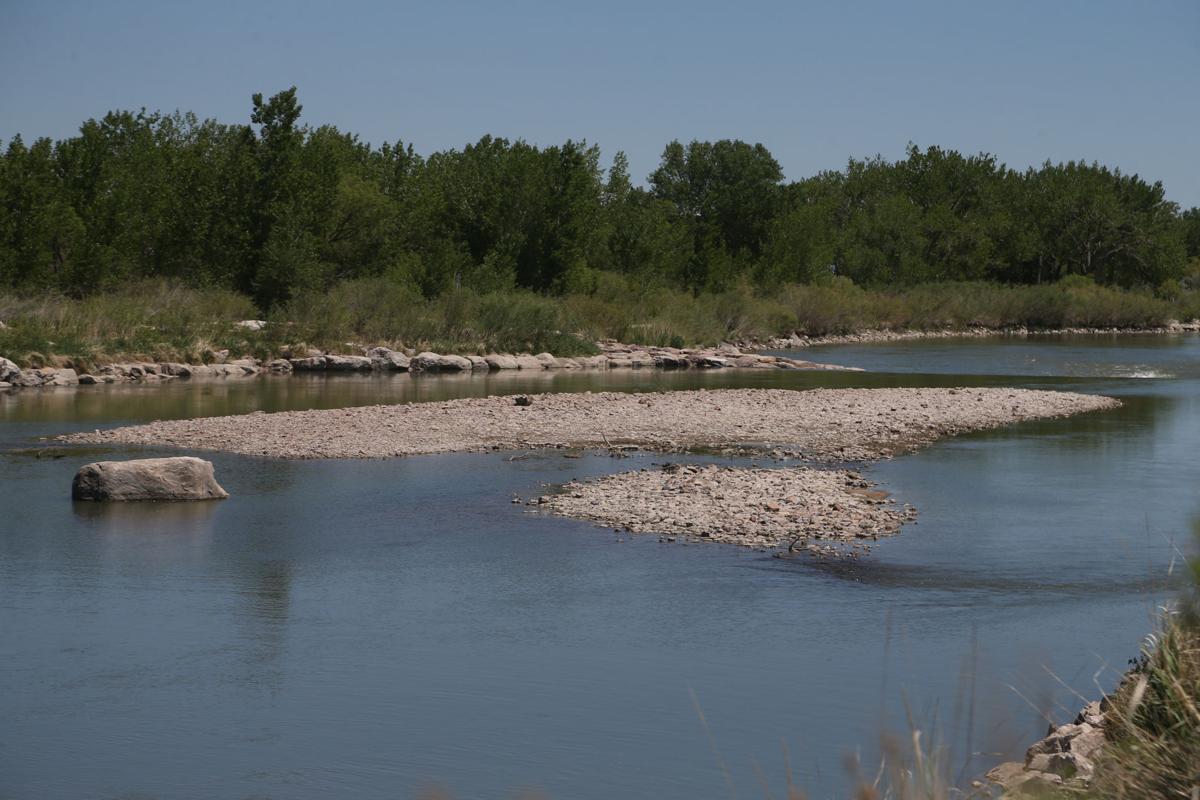 People walking the North Platte River trails in Casper might have noticed recently that water levels seem unusually low. As the river winds through the city, rocks and boulders that are normally submerged are now exposed.

The river often crests this time of year as temperatures heat up and snowmelt flows into the North Platte’s reservoir system. It’s not unusual for the river to flow through Casper at 2,000 cubic feet per second — and sometimes triple that amount during wet years.

On Friday, the river in Casper was running at only a fraction of that — 500 cubic feet per second — according to river gauge data collected by the National Weather Service. That’s because the Bureau of Reclamation is releasing less water from the upstream Gray Reef Dam near Alcova due to higher-than-average water levels downstream at Guernsey Reservoir.

Heavy snows fell over central Wyoming in an historic mid-March storm. That storm resulted in more water coming into Glendo, and officials at the bureau wanted to release less water upstream to compensate, explained Michael Follum, chief of the Water and Civil Works Branch of the bureau’s Wyoming area office.

“That allows us to save the water for irrigation and power generation later on,” he said. “Our main goal was to make sure that we weren’t sending more water than we needed downstream toward Guernsey.”

The bureau expects to increase releases at Gray Reef this month to about 2,600 cubic feet per second, the agency says.

Normal operations are changing elsewhere along the river as well. Seminoe Reservoir — Wyoming’s furthest upstream reservoir on the North Platte — is now releasing water at a rate of 2,600 cubic feet per second. In mid-July, that number is expected to be reduced to between 530 and 1,000 cubic feet per second, according to the bureau. The change will allow for maintenance work at the Seminoe Power Plant.

Meanwhile, the amount of water released from the downstream reservoirs at Glendo and Guernsey is expected to drop considerably this month to conserve water. The typical releases will resume later in June.

The bureau advises boaters and others on the water to note the changing river flows and take appropriate precautions.

Update: Dylan Riggins broke a collarbone and ribs but is expected to make a full recovery, according to a CNFR media coordinator.

CNFR competitor injured in freak accident out of the hospital, back at the rodeo

Dylan Riggins — one day after suffering a broken collarbone, a broken scapula, a broken sternum, a broken rib, a cut lung and a bruised lung — was back at the rodeo Tuesday night to watch.

I’ve heard about CNFR from my first day at the Star-Tribune, in the middle of winter and at the height of the pandemic, when a packed arena in June seemed like the stuff of fantasy.

Dancin', drinkin' and sneakin': Tales from a night at The Beacon

Cowgirls and cowboys shed their spurs and competition vests and head to the club toting the biggest buckle they have, while locals pile in for the drinks and dancing during its busiest week of the year.

Chattin' with Sal: Muni band back together (sort of)

Natrona County residents will have the chance to vote on an additional “sixth cent” tax for infrastructure projects, the board of county commi…

The fire season is starting early this year, according to state officials. Predictions place Wyoming at an average-to-high fire risk through June and mid-July, and above-average risk in late July and August.

The North Platte River flows around rocks exposed by low water levels on Friday in Casper. The river is flowing at about a quarter of its normal level for this time of year.