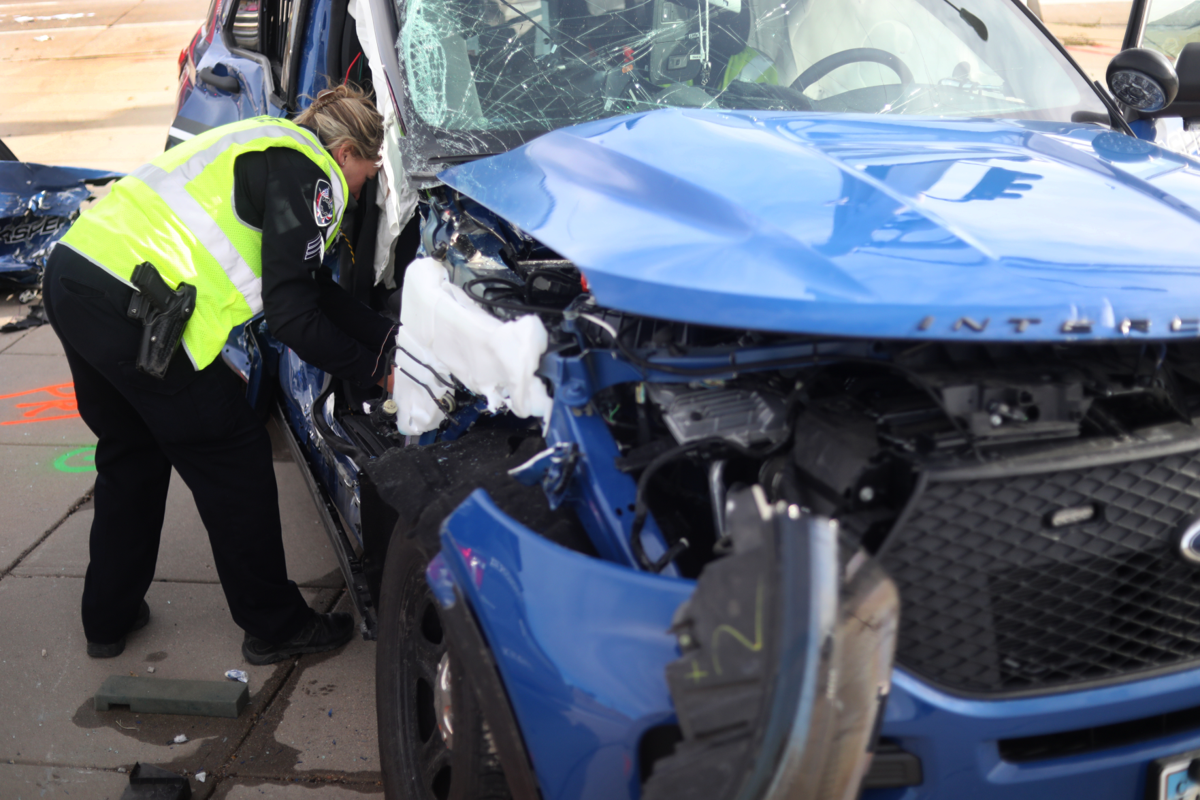 Casper Police Sgt. Susan Nelson examines a police vehicle damaged in a Tuesday crash at the intersection of CY Avenue and Wyoming Boulevard. The crash sent three people to the hospital. 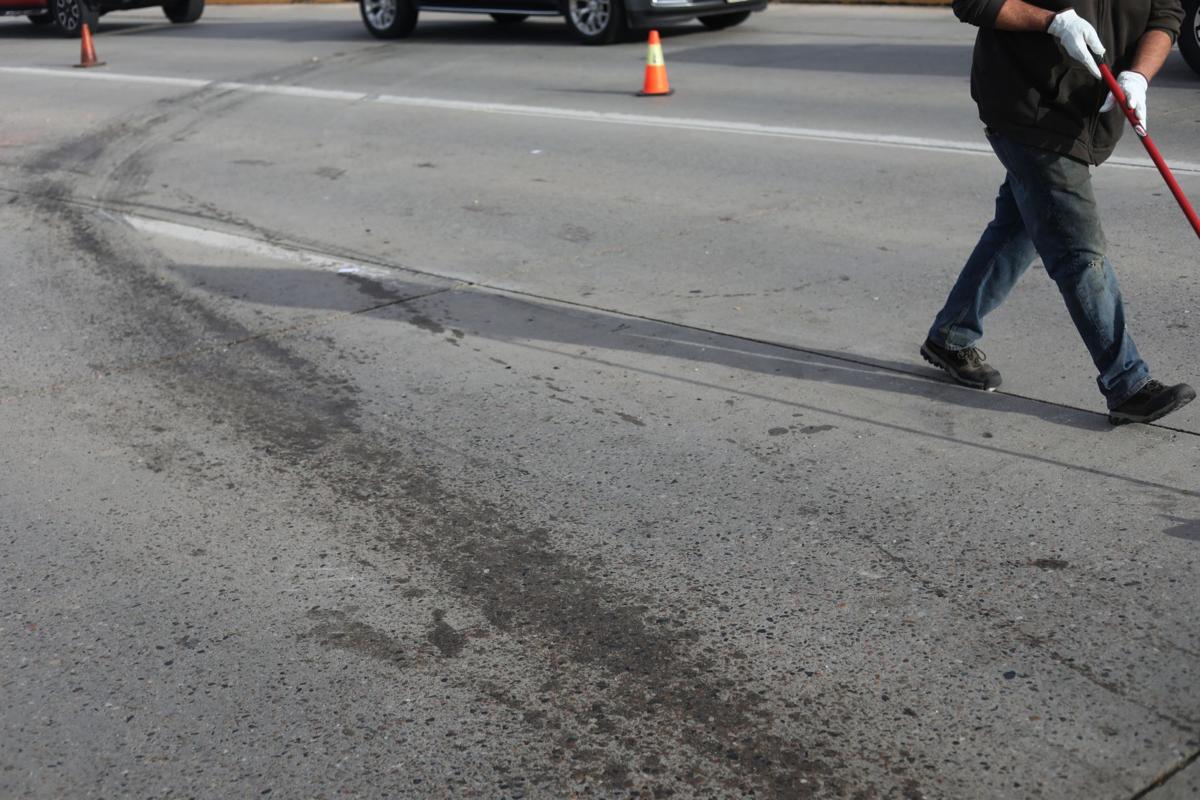 Chris Brungardt helps clean debris from a four-car crash at the intersection of CY Avenue and Wyoming Boulevard on Tuesday in Casper.

A Casper police officer and two other people were hospitalized after a multi-vehicle car crash Tuesday on the city’s west side.

The crash occurred at 1:56 p.m. as the officer was responding to a call with lights and siren, police said in a Facebook post. The police car, which was traveling east on CY Avenue, collided with a dump truck that was traveling north on Wyoming Boulevard.

The truck then hit two other nearby vehicles, which had been traveling west on CY Avenue, police said. Based on the tire marks, the dump truck appeared to travel into the westbound lane and then over the median before coming to rest on a grassy hill.

The police car’s passenger-side door was ripped off ended up crumpled in the street.

One of the two other vehicles, a green Subaru, suffered damage to its front and back. The front-end of the second, a red sedan, was smashed.

Police say three of the four drivers were taken to the hospital.

The crash investigation is ongoing, and the intersection was closed for a time on Tuesday afternoon, with traffic delayed for a time through the area. The matter will be investigated by an outside agency, police said.

Drive-thru assistance puts food on the table in Casper

The groups handed out help to roughly 400 families.

Tree lighting, Christmas parade and ice skating set for this weekend in Casper

Casper will play host to a weekend of festivities to celebrate the holiday season, including the city's annual Christmas parade.

Natrona County's economy is recovering, but still playing catch-up after 2020

Natrona County lost about 3,900 jobs in the early months of the pandemic, according to the report. Since March and April of 2020, about 40% of those jobs have been recovered.

Due to a production delay, the Casper Star-Tribune will experience late delivery. There will be an extended carrier deadline of 10 a.m.

For the Church of Jesus Christ of Latter-day Saints, temples like the one being built in Casper are especially sacred ground. To “go through the temple”, as it’s sometimes called, is to visit somewhere closer to God.

Casper Police Sgt. Susan Nelson examines a police vehicle damaged in a Tuesday crash at the intersection of CY Avenue and Wyoming Boulevard. The crash sent three people to the hospital.

Chris Brungardt helps clean debris from a four-car crash at the intersection of CY Avenue and Wyoming Boulevard on Tuesday in Casper.