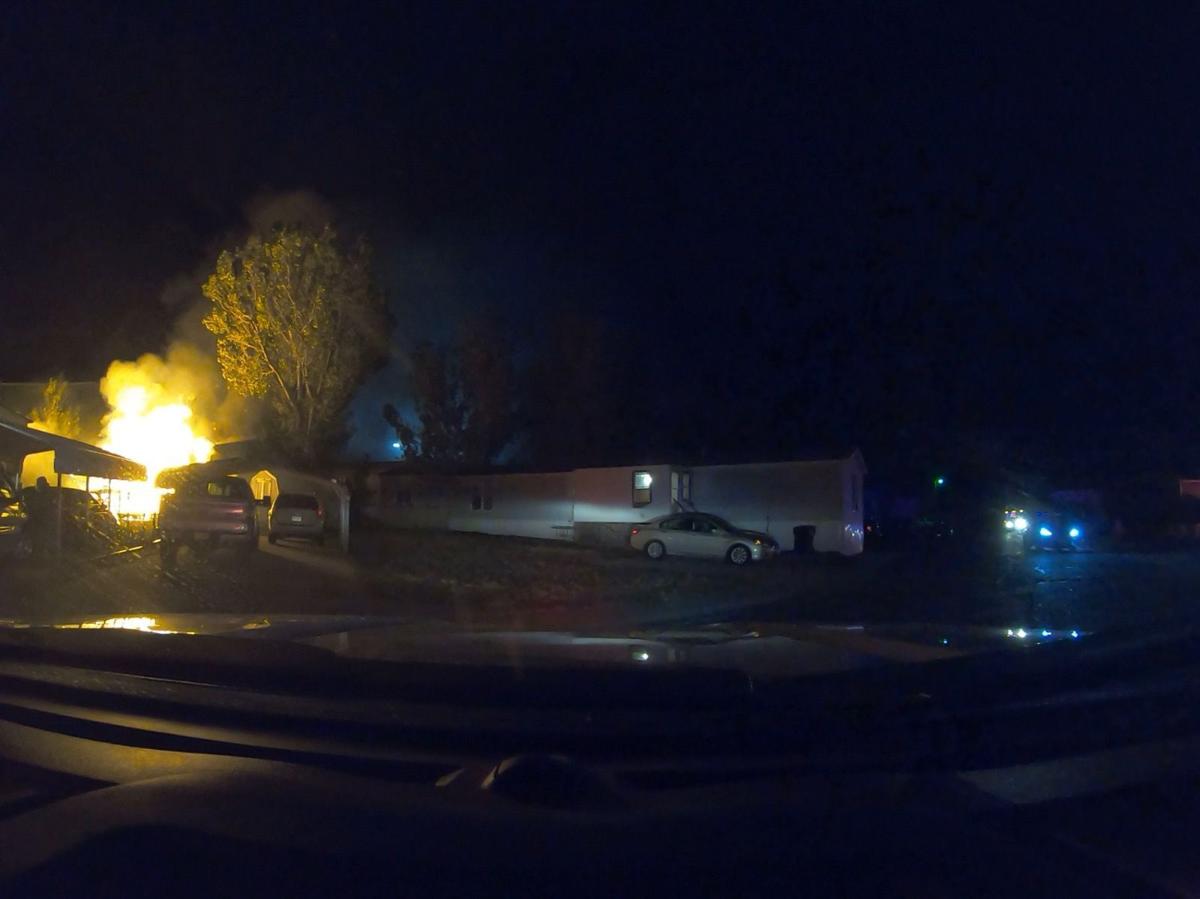 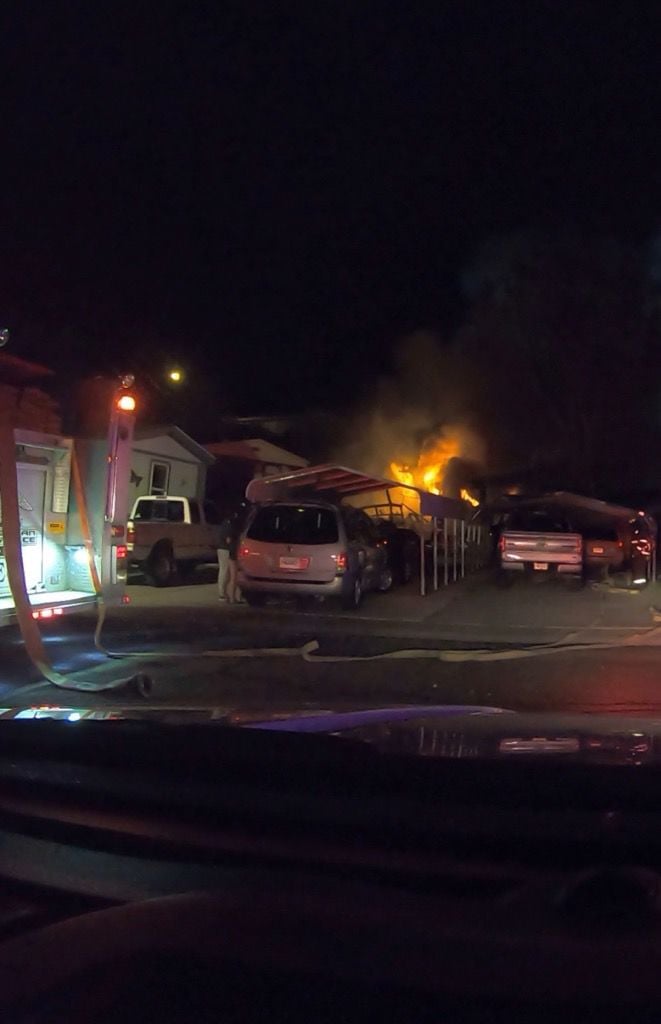 A mobile home fire Wednesday morning in east Casper injured a Casper firefighter, who was hospitalized as a precaution.

Casper Fire-EMS responded to the fire around 4:30 a.m. on the 300 block of North Forest Drive. Multiple people had called to report the large fire, which threatened to damage neighboring structures.

Discarded smoking materials outside the single-wide mobile home are believed to have sparked the fire, which grew to combustible materials nearby before reaching the home, damaging it completely.

The firefighter was taken to Wyoming Medical Center and has since been released. No one else was injured in the fire.

Limited damage was done to the surrounding residences.

The family evacuated the fire before firefighters arrived. Some of their personal belongings were recovered, and WMC and Casper Fire-EMS helped provide them with medical devices that they lost in the fire.

The city fire department encourages residents to only discard smoking materials in non-flammable containers, like a metal container with water and a lid.

“This fire is one of many that have occurred in recent months in Casper,” Public Information Officer Patrick McJunkin said in a news release. “The trend is alarming as damage from these fires has been significant. ... As windy season ramps up on us, the danger of this fire becomes more prevalent.”

The state reported 290 total cases on Friday -- the highest single-day amount since the pandemic began.

The 213 total cases are the second most that have been announced in a single day in Wyoming.

Cases continue to surge in Wyoming, with 251 breaking the record for the most confirmed cases announced in a single day.

Wyoming has now identified more than 7,000 confirmed COVID-19 cases since the pandemic began.

Five new cases of COVID-19 have been identified in Natrona County schools, including four at Casper high schools.

About one third of all the Natrona County School District's COVID-19 cases have been identified in the past week.

Anchorage mayor resigns after admitting to relationship with anchorwoman

Alaska-based Coastal Television Broadcasting Company had at one point planned for the anchor, Maria Athens, to be a regional anchor for its Wyoming broadcasts.

A man with baseball and mobile art outreach in his past has been named the new executive director of the Nicolaysen Art Museum.