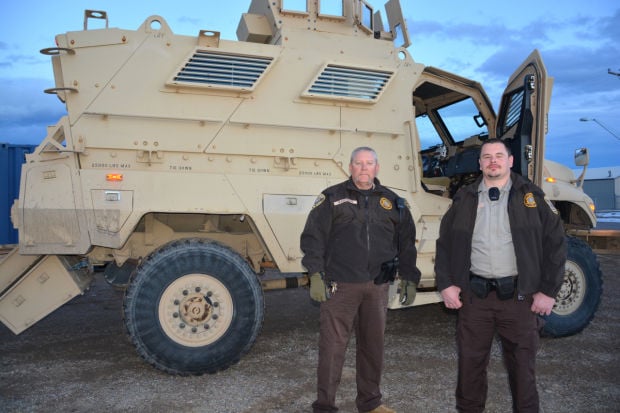 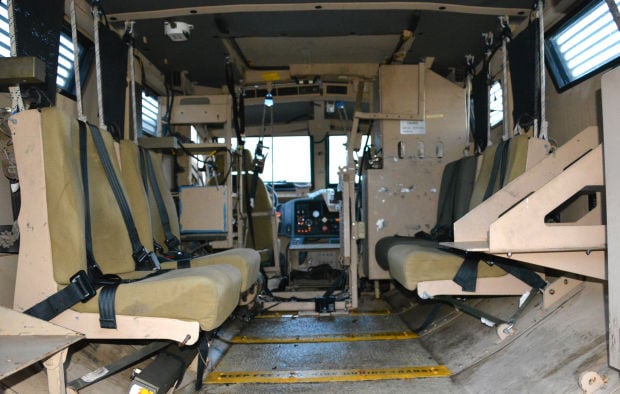 WORLAND — The latest acquisition by the Joint Tactical Emergency Response Team is another step in ensuring public safety.

The MRAP vehicle, or Mine Resistant Ambush Protected, was recently acquired through surplus inventory at no cost to the public, Washakie County Sheriff Steve Rakness said.

The vehicle will be available in emergency situations to Washakie, Big Horn and Hot Springs counties and the Worland Police Department.

"We have been looking for an armored vehicle for about 20 years," he said. "We've had our name on the list but haven't been able to get one because they are in such high demand."

This particular vehicle was found online by officers in Big Horn County who made the tactical team leaders aware of it.

Big Horn County Sheriff's Office deputies traveled to Ft. Lewis, Wash., and drove it back. The cost of the vehicle as well as the cost to maintain it is going to be shared by the three counties.

"That's the only cost we incurred," Rakness said.

The reasoning behind getting the armored vehicle is because of the state being so isolated, especially in these three counties, he said.

"We have to have it to nab the bad guys," Rakness said. "It's our hope we never have to use it. But it's free and we believe the taxpayers are getting some money back they invested in equipment."

Had the MRAP not come to the Big Horn Basin, it could have wound up in a foreign country or destroyed, he said.

Rakness brought up the shooting in 1996 in Big Horn County. The three sheriffs hope they won't have to use it in similar situations.

"But if it saves one life, it's worth all the money we spend on it," he said.

The response team does all it can to anticipate scenarios that could happen. The vehicle can be used in hostage or barricade situations or an active shooter situation. It can be utilized at a school or a business by simply driving up to the door, lowering the hydraulic back door/ramp and getting personnel directly inside without putting them in harm's way by running across an open area.

"It will be used, but it's more for protection," Lt. Chris Hazen said. "This is its main role."

A 2007, the vehicle weighs just less than 14 tons. It's especially armored for all IED (Improvised Explosive Device) and small arms fire and ambushes. It can attain speeds of 70 mph and carry up to eight people.

"It's so versatile, we can use it anywhere," he said.

That includes driving it on the highway without fear of damaging the roads or in rough terrain. The only problem would be trying to drive through thick mud in case it bogs down. It could be problematic to get it moved, he said.

"As sheriff, I can't neglect any issues in the county," Rakness said. "We have to have the means to win in any situation."

The same mission holds true for Blackburn and Falgoust, he said.

The armored unit will be out and about at times for people to see and observe, he said.

"We are not hiding it from anyone," he said.

Authorities in Natrona County are searching for a man in connection with an active double-homicide investigation. Luke Thomas Young is considered a person of interest in the case.

The man, Luke Thomas Young, was located roughly 16 hours after officers responded to the homicide.

A man arrested in connection to a double homicide outside Casper this week had escaped from a Gillette corrections facility a week earlier, court records show.

Officers estimate the man caused a total of around $97,500 worth of damage to other people's cars during the pursuit across Casper.