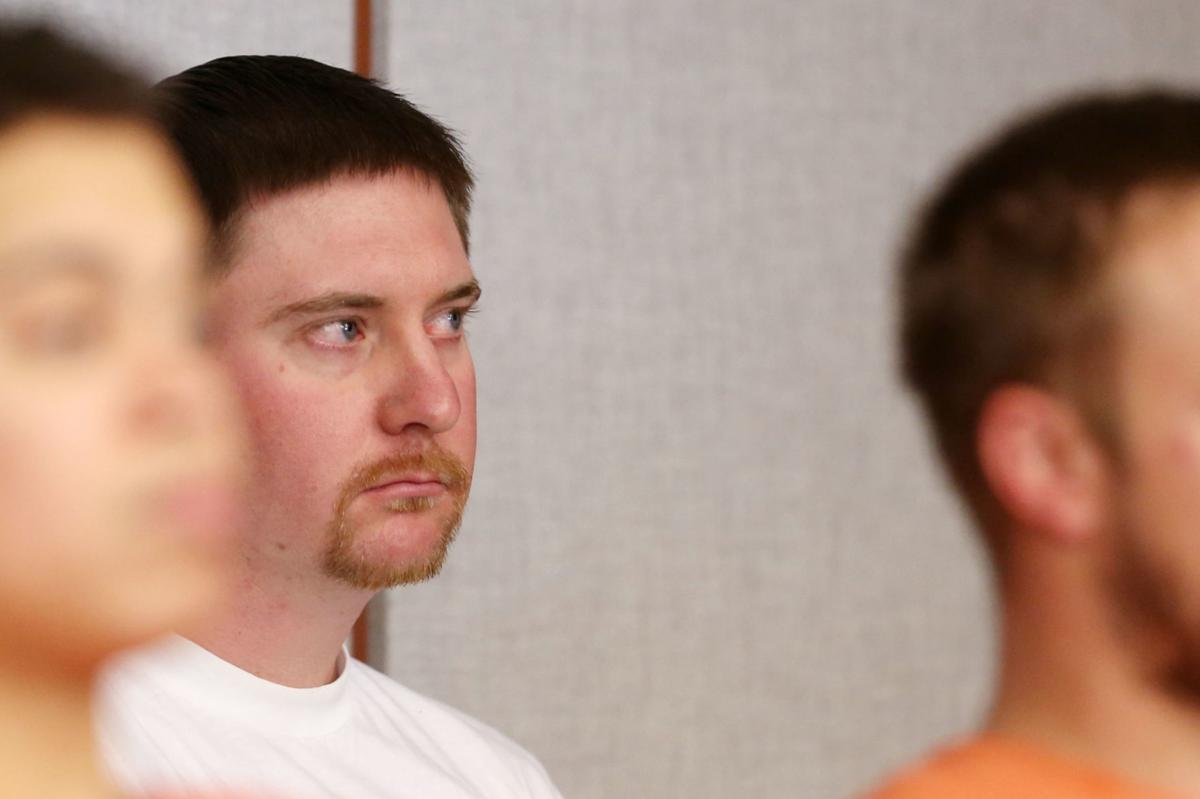 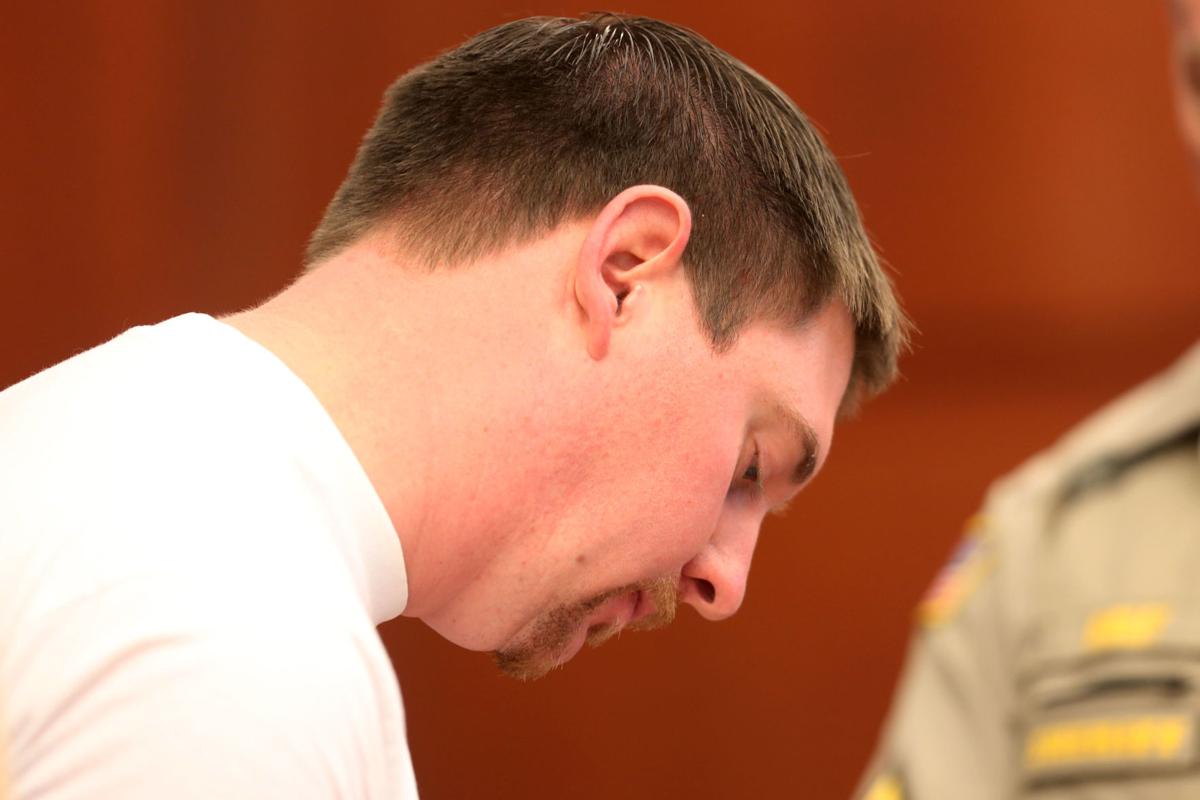 Ryan Stauch, 29, signs paperwork handed from the judge at his initial hearing Wednesday in Casper.

A then city of Casper employee surreptitiously videotaped men urinating in the restroom of the golf course where he worked, according to prosecutors’ court filings and city records.

The man, Ryan Stauch, 29, was trying to get hired by the Natrona County Sheriff’s Office when he confessed to filming the men, according to court documents filed in the case. He had already left the city job and was not hired by the county.

After a follow-up criminal investigation, prosecutors charged Stauch with five felony counts of voyeurism. He has not yet had an opportunity to enter pleas to the charges.

Stauch appeared in Natrona County Circuit Court, though, on Wednesday afternoon, where he answered procedural questions and a judge set a personal recognizance bond. Stauch was not required to post money to get out of jail in advance of trial, but if he flees, he could be required to pay $10,000.

According to records maintained by the city’s Human Resources Division, Stauch worked for the city at the Casper Municipal Golf Course for about two and a half years, starting in March 2017. He left his position with the city in September and, according to the court documents, applied for the sheriff’s job about two months later.

The vast majority of the videos identified by investigators were filmed at the golf course while Stauch worked there, according to dates indicated in the court documents.

City Manager Carter Napier said he would “be reluctant to comment on a criminal investigation.” The city of Casper said in a news release late Thursday afternoon that it was “fully committed to protecting the health, safety, and privacy of customers at its facilities and is evaluating processes necessary to better protect customers and staff.”

Court documents state that the criminal investigation began during a pre-employment polygraph screening, which is a typical part of the process for law enforcement job candidates. In the November interview, Stauch said that he sometimes looked at other men’s genitals while he used the bathroom. The polygraph indicated deception, according to the documents, and when a deputy asked follow-up questions, Stauch said he actually video recorded the other men.

A sheriff’s investigator interviewed him the same day, and Stauch agreed to show the investigator two dozen videos he’d recorded.

The documents state that investigators found 18 videos on the phone of three different men using the golf course restroom. All 18 of those videos, according to dates listed in the documents, were created while Stauch held the city job.

The documents also state that Stauch filmed men using the restroom during this summer’s College National Finals Rodeo at the Casper Events Center and in Casper’s Crossroads Park.

Stauch will have an opportunity to enter pleas to the charges later this month when the case transfers to Natrona County District Court. His defense attorney, Don Fuller, declined to comment Thursday.

Investigator Taylor Courtney, who also serves as an agency spokesman, said that the agency conducted the investigation because it had already collected the information needed to recommend prosecution.

Stauch was trying to get hired by the Natrona County Sheriff’s Office when he confessed to filming the men, according to documents filed by prosecutors.

Ryan Stauch, 29, signs paperwork handed from the judge at his initial hearing Wednesday in Casper.