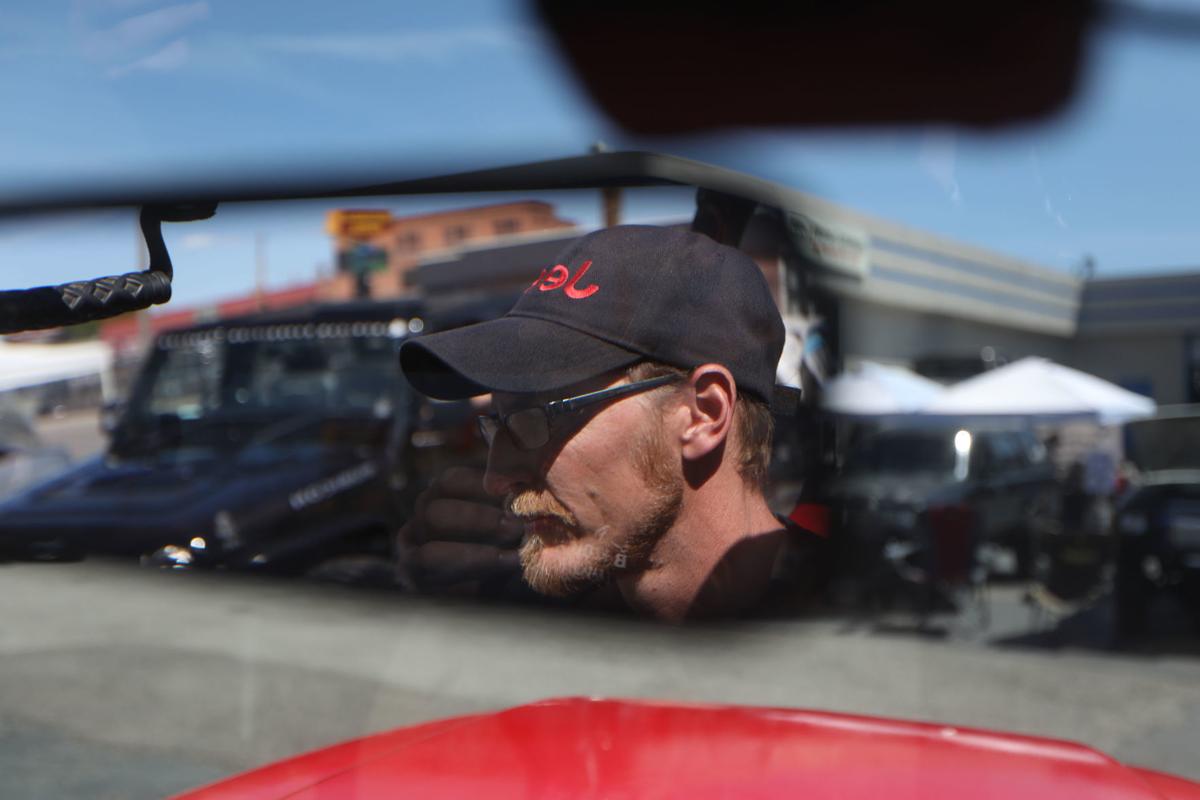 Tim Haid drives his modified Jeep at a demonstration for the off-road rendezvous car show Saturday August 24 held at Extreme Truck Outfitters in Casper. Haid received a six-figure settlement after his wrongful arrest by police. 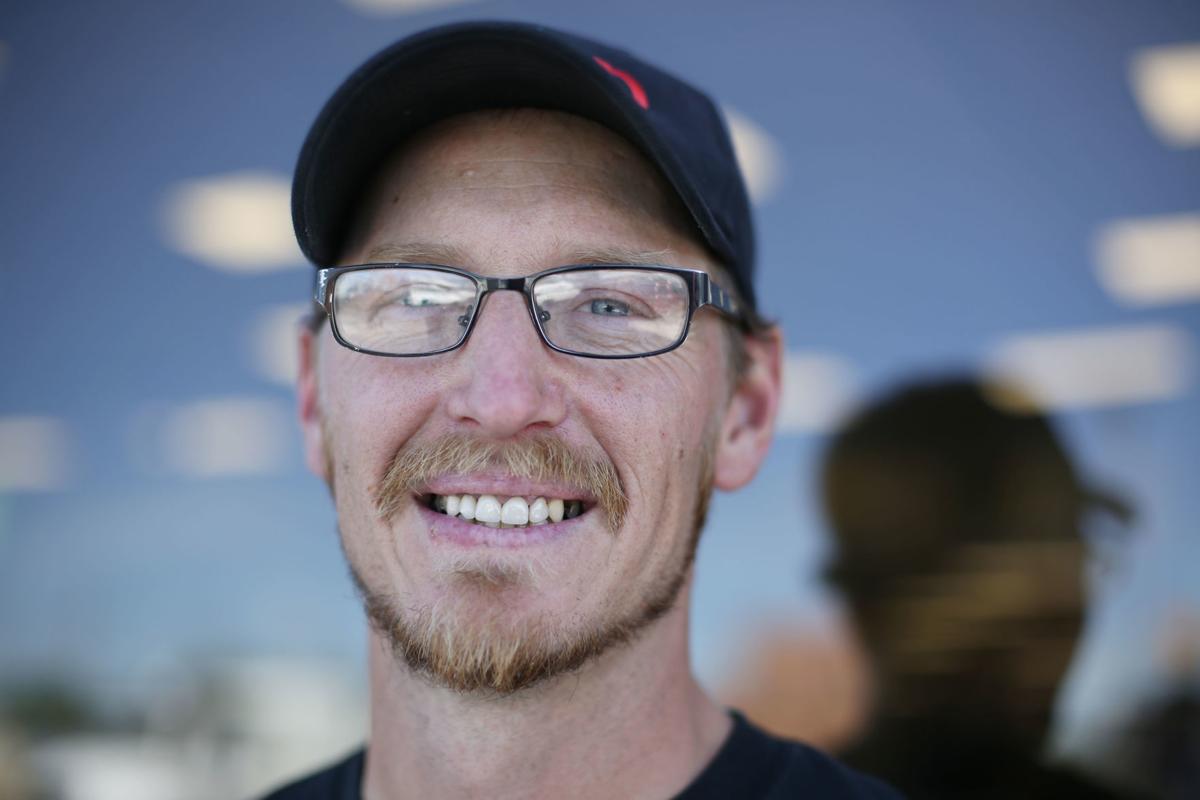 Tim Haid poses for a portrait at Extreme Truck Outfitters in Casper on Aug. 24.

In the spring of 2017, a Casper man sat in a parked truck on a street near his then-girlfriend’s house, waiting for her to get home.

The sun had set hours prior. Somebody nearby called police, reporting a suspicious vehicle. Rain was falling at about 10 p.m. when a city police officer stopped on East 14th Street behind the ‘92 Chevy pickup.

Tim Haid was the name of the man behind the wheel of the truck. But he didn’t tell the police officer that. As a result, he spent the night in jail.

Now, two years later, the city of Casper will pay him six figures for what a judge last year ruled an unlawful arrest.

An agreement between the city and Haid calls for government representatives to pay him $149,000 to settle a civil claim connected to the arrest. The deal between Haid, the two arresting police officers, Jesse Jones and Shannon Cole, and City Manager Carter Napier calls for the Wyoming Association of Risk Management to pay $56,000 on behalf of the city of Casper. The state, meanwhile, will be responsible for paying $93,000 on behalf of Cole and Jones.

As a term of the agreement, the Casper Police Department will add language to its policies stating a person, in a consensual encounter with police, has no obligation to provide their name or show identification. Refusing to do so is not grounds for arrest, the new policies will state. The agency agreed to train on the issue specifically, but the paperwork notes the police department asserts it already trains on the issue.

The settlement followed a criminal case that saw a circuit court judge sentence Haid to two months in jail. However, a district judge threw out the conviction on appeal, concluding Cole and Jones violated Haid’s Fourth Amendment protection against unlawful searches and seizures.

Haid, who runs a landscaping business, last week told the Star-Tribune from a job site near Casper Mountain that he sees the six-figure settlement as a motivator for police departments to follow constitutional law. The appellate ruling, Haid said, will be reinforced by the corresponding civil settlement.

“This is a really simple civil rights (issue),” Haid said. “It’s completely covered by our constitution.”

So, although a circuit court judge found Haid guilty of misdemeanor interference and sentenced him to at least two months in jail, the conviction and corresponding jail sentence was invalidated. And because the jail time was suspended pending appeal, Haid didn’t have to serve the two months.

The Natrona County District Attorney’s Office decided not to appeal the case to a higher court. And settlement paperwork includes language common to such agreements stating none of the parties to the deal admit liability.

In a statement to the Star-Tribune, a police spokeswoman did not comment directly on the terms of the settlement but said the agency will continue to improve its practices.

“The Casper Police Department practices continuous improvement. We utilize the facts and lessons learned from every situation to improve the training and education of our officers so that we can better serve the public,” said Rebekah Ladd, a police spokeswoman, in an email this week to the Star-Tribune. “The Casper Police Department strives to serve with excellence, and no one should ever be subjected to treatment as was alleged in this case. Casper Police are dedicated to serving, protecting and caring for our community.”

A copy of the settlement provided to the Star-Tribune by the city attorney’s office indicates Jones, Haid, City Manager Carter Napier and Hampton O’Neill, the private attorney who handled the case for the city, signed off on the terms of the agreement this month. The paperwork does not show a signature for Haid’s lawyer, Darold Killmer, but his characterization of the agreement is consistent with the paperwork provided by the city. A signature for Cole, who is now deployed to the Middle East with the Army National Guard, does not appear on the paperwork provided.

O’Neill handled the case in the stead of City Attorney John Henley because of a professional conflict. Henley represented Haid in the criminal proceedings before he took his current job with the city. He told the Star-Tribune in 2018 that the criminal case’s outcome was “a good function of the judicial system.”

Haid said last week the arrest could have been a bigger problem than it was: had he not won on appeal, he’d have served at least two months in jail. He could’ve been required to serve even longer. A 10-month suspended term included with the sentence meant a probation revocation that could have been triggered by a jailhouse fight would have kept him locked up for a year. But, he said, the risk was worth fighting against what he sees as an erosion of personal liberties.

“It’s what our country’s founded on,” Haid said. “We definitely have to stand up for ourselves.”

This year's most memorable Casper police and court news

"I worked really hard my whole life not to do anything wrong, not to become a statistic, and it still ended up happening," the man said.

Tim Haid drives his modified Jeep at a demonstration for the off-road rendezvous car show Saturday August 24 held at Extreme Truck Outfitters in Casper. Haid received a six-figure settlement after his wrongful arrest by police.

Tim Haid poses for a portrait at Extreme Truck Outfitters in Casper on Aug. 24.