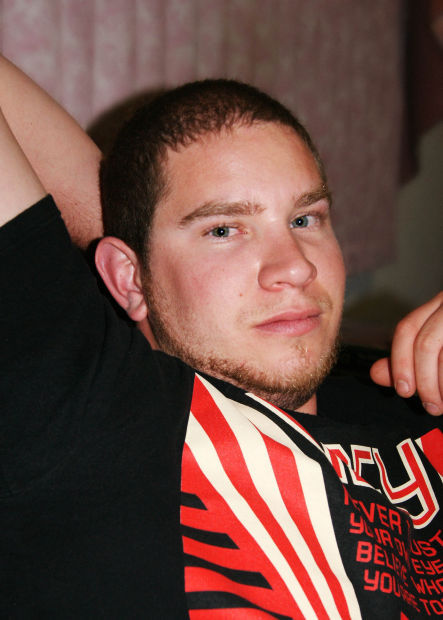 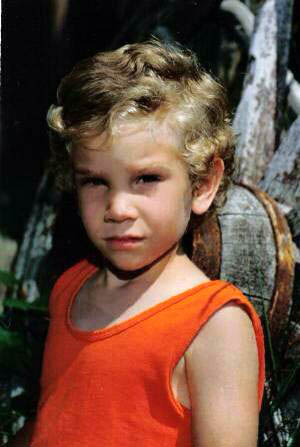 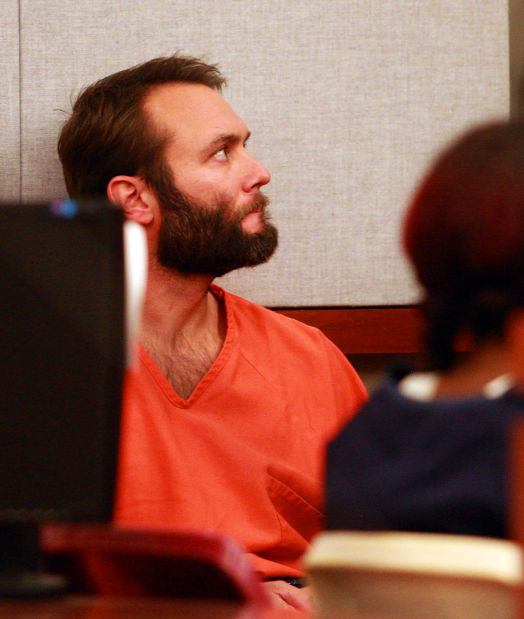 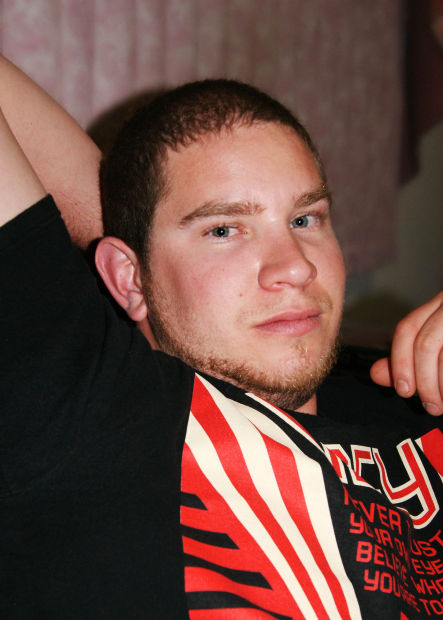 When James "Kade" Baldwin was about 8 years old, he watched his big brother get into a fight with two guys who had messed with his car.

Arthur "Brant" Baldwin said he was 23 at the time and had just gotten out of the Marine Corps. He easily won the fight and expected a hero’s welcome when he returned to his brother. Instead, Kade cried.

“I just don’t like to see people hurt each other,” Brant recently recalled Kade saying through tears.

Kade maintained his non-combative demeanor as he grew from an adored baby in a seven-child family to a 24-year-old outdoorsman and electrician apprentice.

It was the Casper resident's mellow nature that made the violence of his death all the more tragic, family members say.

Law enforcement authorities say the 24-year-old Kade was shot and killed in the early morning hours of Oct. 4 by 33-year-old John Henry Knospler Jr. — a Pennsylvania war veteran with no apparent criminal record.

Kade had been celebrating his birthday that night at Racks Gentlemen’s Club along U.S. Highway 20-26 west of Casper. Witnesses said he was in high spirits — constantly smiling and chatting with other patrons and employees.

When a bouncer saw an intoxicated Kade sleeping with his head on a table near the women’s restroom, though, it was time for him to go home.

Kade declined the bouncer’s offer to call him a cab, claiming a friend would be out in the parking lot waiting for him.

Kade lumbered toward the headlights of a car witnesses believe the young man thought belonged to his friend. He reportedly attempted to open the passenger door, but when it was apparently locked, he walked over to the driver’s side.

The bouncer says he never heard the gunshot. He only saw Kade fall to the ground, holding his stomach as if he were laughing. It wasn’t until the bouncer saw blood on the fresh snow and the car race out of the parking lot that he knew the situation was serious.

A Mills Police officer arrived on the scene about 12:23 a.m., five minutes after the initial call. A group of people were applying towels and pressure to Baldwin as he bled. Wyoming Medical Center paramedics and the officer pronounced Baldwin dead on scene at 12:35 a.m.

Meanwhile, a Natrona County Sheriff’s Office deputy stopped a vehicle matching the 911 call’s description of the suspect’s car at 12:25 a.m. at the intersection of First and Wolcott streets in Casper, according to the affidavit. The driver’s-side window was shattered.

When the deputy asked what happened to the window, the male driver reportedly replied, “I think you know what happened.”

He only had one response to further questions: “I only acted in self-defense.”

While the deputy questioned the man, later identified as Knospler, a Casper Police officer noticed a 1911-style handgun resting inside an unzipped backpack on the passenger seat.

Witnesses later noted Knospler’s peculiar behavior hours before the alleged attack. Club owner Sonny Pilcher told the Star-Tribune the suspect was dancing in the cold rain about 5:30 p.m. Oct. 3. Pilcher said he later feared the man was staking out the place for a robbery.

A club bouncer who served as a key witness in the police affidavit said he had received complaints about Knospler while the suspect was patronizing the strip club. Knospler reportedly boasted of traveling to Third World countries and killing people.

The bouncer confronted Knospler about the complaints and during their exchange, the bouncer said he noticed Knospler drop what looked like a marijuana cigarette.

“I’m going to be honest,” Knospler reportedly said. “That’s a joint, and I was already leaving.”

The bouncer said Knospler retrieved the joint and walked out to the parking lot.

Knospler was charged with a single count of second-degree homicide at his initial appearance in Natrona County Circuit Court earlier this month. If convicted, he could face anywhere from 20 years to life in prison.

During his initial hearing, Knospler said he was a student at American Public University.

His attorney, Frank Chapman of Casper, described Knospler as a Marine veteran who served tours in Iraq and was honorably discharged.

According to Chapman, Baldwin was trying to assault Knospler by breaking into his car.

“The state hasn’t shown that Mr. Knospler’s actions were unjustified,” he said in court.

Chapman said Knospler was in Wyoming for a hunting trip with his father, who was present in the courtroom.

As Knospler’s attorney begins mounting an apparent self-defense strategy, some of Kade’s family members are dumbfounded.

No one would have to defend himself against Kade, his older sisters, Lynn Rasanen and LeeAnn Mathiason, said.

“People would try to fight him because of his size all the time,” Mathiason said of her 6-foot-3 brother. “He would just say, ‘Why don’t we become friends?’ And nine times out of 10, he would get a new friend.”

The one fight Kade couldn’t avoid began when he was 19. He was diagnosed with testicular cancer and forced to have one removed. The disease resurfaced a few years later in the form of lymphatic cancer, and Kade had to undergo three different types of chemotherapy, Rasanen said.

Kade buried the pain of his chemo under an unwavering smile, his family said. But you could hear it in his voice.

He was much more comfortable being the caregiver. When Mathiason, 11 years his senior, was suffering through an abusive former marriage, Kade dropped plans with friends and came over to watch movies.

“He’d come over and hug me while I’d cry, and tell me how much he loved me,” Mathiason said.

The cancer all but eliminated Kade’s chances of becoming a father. After the second bout, doctors estimated he had only a 10 percent chance of conceiving a child.

Family members say the long odds crushed Kade, but he quickly decided that if he couldn’t become a father naturally, he would eventually adopt. In the meantime, Kade put all of his love into his family members' and friends’ children, his siblings said.

Brant said his brother was good friends with several single moms and acted as a surrogate father to their kids. Even without any romantic inclination toward their mothers, Kade took the kids out and did “dad stuff” with them, Brant said. Kade was teaching one young boy to play the guitar around the time of his death.

Kade also became a surrogate son to Paula Sheaffer and Jon Culhane. As a budding electrician, the Green River native apprenticed for the two at Casper’s Automation & Electronics, Inc.

Sheaffer’s eyes welled up as she talked about her “boy” Thursday night. She and Culhane were attending a chili dinner to benefit Kade’s family and help defray the cost of his funeral. Kade’s mother and father also live in Casper now, and his father works at Automation & Electronics as well.

Each of Kade's close family members received a small portion of his ashes. A large urn will be buried next summer, Rasanen said.

Rasanen and Mathiason both plan to keep their tiny urns and Brant plans to spread Kade’s ashes in the Jedediah Smith Wilderness, which is within the Caribou-Targhee National Forest and borders Grand Teton National Park. The two shared a memorable hunting trip in the wilderness.

Kade's siblings hope people remember him as he was in life -- the loving, tender caregiver who just wanted to be everyone’s friend.

“Not only did we suffer, his future wife and future children suffered,” Mathiason said. “He would have been the best husband and best father.”

The trial of John Knospler Jr., a Pennsylvania man accused of murdering a Casper man last October outside of Racks Gentlemen's Club, has again…

The trial of a Pennsylvania man accused of killing a Casper man last year outside Racks Gentlemen's Club will begin Dec. 15 in Natrona County …

“Somebody is stabbed in the parking lot,” the jury heard a woman telling a 911 dispatcher. “We need an ambulance out here.”

Every member of the 13-person jury had their head down, contemplating the bloody man on the computer screens in front of them.

They crossed paths for the first and only time in the parking lot of a Casper strip club, one a cancer survivor, the other a Marine diagnosed …